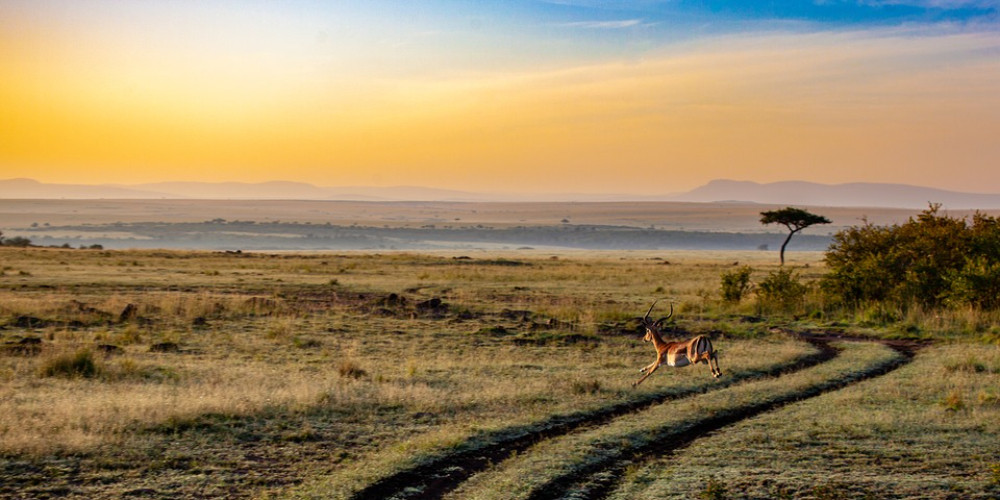 Banjul - the capital of Gambia since 1965, is the largest city in the country, but at the same time - the most ordinary capital in the world. Occupying a small area in the shape of a rectangle, Banjul contains only a small number of historical sights, several mosques, food processing enterprises, a couple of weaving factories, woodworking factories, one shipyard, a large number of private handicraft shops, and 19 hotels so far. However, where is Banjul if it is in the Gambia? The Gambia is a small country in the western part of Africa, which is one of the smallest states on the continent. From the west, Gambia is washed by the Atlantic Ocean. However, the coastline is not long - only about 80 km. A detailed map of Gambia shows that the country is located along the river of the same name. Being aware of where is Banjul situated, you need to think about what to do in Banjul, where Instagrammable places are located, and where you can take the most liked Instagram photos in Banjul and the area nearby. You will not need to search a lot how to find Instagrammable places to fulfill your Instagram page. Read this article and be ready to spend the best time in Banjul! At the end of the article, we will tell you about Banjul hotels.

Bao Bolong Reserve is a wetland parkland with 22,000 hectares and is located on the north bank of the central part of the Gambia River. The reserve is located opposite one of the largest nature reserves in the country, Kiang West. Traveling around the Bao Bolong Reserve without experienced guides is not recommended, since due to the swampy terrain, you can easily get into dangerous situations.

Kiang West National Park is a western Instagrammable national park located on the southern coast of the Gambia River and 140 kilometers from the capital of Gambia, Banjul. There is the village of Tendaba 5 kilometers from the park. Officially, this area has been considered a nature reserve since 1987. The fauna in the park is very rich. Crocodiles, lizards, otters, mongooses, and many others are found here. There are several types of poisonous snakes. And the variety of bird species is simply dizzy here—hawks, eagles, rare species of parrots, and many others. In total, there are about 250 species of birds that exist in this park. The fauna can provide you with the most liked Instagram photos.

Abuko National Reserve is a national park that began its work in 1968—located near Banjula town near Lamin village. The area of this park is 105 hectares, but it is the smallest reserve of all in Africa. Even though Abuko has a small area, its territory is surrounded by rich flora and fauna. Here you can find giraffes, elephants, hippos and spotted hyenas, warthogs, and baboons, as well as small mammals of various species: bats, rodents, and many other animals.

MacCarthy Island is one of the most Instagrammable places in the world. MacCarthy Island is located in the Gambia, on the Gambia River. The island was discovered in the 15th century. Looking into its history, you can learn about the wars experienced between the tribes that once inhabited the territory of the island. Later the British used it as a military garrison. In 1832, the city of Janjanbureh (formerly called Georgetown) was founded, which gradually became the administrative and economic center of the country.

5. Cathedral of Our Lady of the Assumption

Still thinking about what to do in Banjul? Visit this museum. The Ethnographic Museum in Kerr Butch is of great interest to tourists. It belongs to the main attraction of the city of Banjul - the capital of The Gambia. The museum was opened in 1982. It has a large number of ethnographic collections, archaeological finds, and documents from the colonial period.

Yundum Airport is the international airport of the capital of Gambia. In 2004, the airport handled 967,719 passengers. The airport is located about 24 kilometers south of the capital Banjul on the west coast near Combo. The airport covers an area of 1327 hectares. The airport was built in 1977 and selected by NASA in 1987 for space shuttles. A new runway, the third-longest in Africa, measuring 3,600 meters. It can also be a perfect match for your Instagram.

The Slavery Museum is located in the Gambia, in the village of Albreda. The exhibits are displayed in a 19th century English building and tell about the other life of Africa, clearly showing all the bonds of imprisoned slaves. Shackles, collars, whips - this is just a small list of what was in the daily life of a slave. In order not to let the past repeat itself, all these terrible everyday objects in the present remind us of this.

The Barra Kunda Falls is a waterfall found within the Tambacounda region on the northeastern border of The Gambia and Senegal. It's found 500 kilometers (300 mi) upstream from the mouth of the Gambia River. The Portuguese traveler Diogo Gomes was the primary European to sail the Gambia up to these rapids in 1457.

Still thinking where and how to find Instagrammable places? Bijilo Forest Park is one of them. Bijilo Forest Park - the area of the forest park, is 51 hectares. It is located on the coast of the Gambia, and anyone can visit it at any time of the year and completely free of charge. Having visited this reserve, one cannot say that many animals live here. Few species live in the park. Several types of monkeys can be seen wandering along the park's forest trail. However, bird lovers are very lucky. There are a great many of them and various types. Watching them, taking pictures and filming will give you great pleasure. If you stand for a few minutes in silence, you can enjoy the various singing of these amazing creatures.

We told you about Instagrammable places in Banjul and the cities nearby. As we promised now, we tell you about Banjul hotels -where you can stay having the best time in Banjul. Banjul hotels are divided into city and beach hotels. Urban ones are, as the name implies, in the center of Banjul and are inexpensive hotels and guest houses at a price not exceeding 50 USD for a double room. Perhaps the only exception is Corinthia Atlantic, located north of the center of the capital of Gambia on the beach. Beach hotels are located in the resort suburbs 10-15 km west of the city center. These are ordinary resort hotels with a standard set of services: as a rule, their access to the beach, sun loungers, beach bars, and water sports stations. The cost of such accommodation ranges from 2200 GMD in low season to 3000-7000 GMD for two in a good hotel in high season. We hope that after reading this article, you are not thinking about how to find Instagrammable places and what to do in Banjul anymore. The area where is Banjul is wonderful! We wish you stay safe, have an unforgettable time in Banjul, and enjoy it! Your Instagram page also will shine!

Apply for any visa in two clicks!
Topics
Cities
Do you want to get a Gambia visa easily?
Get your visa now 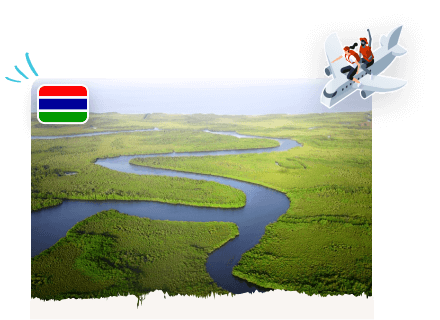