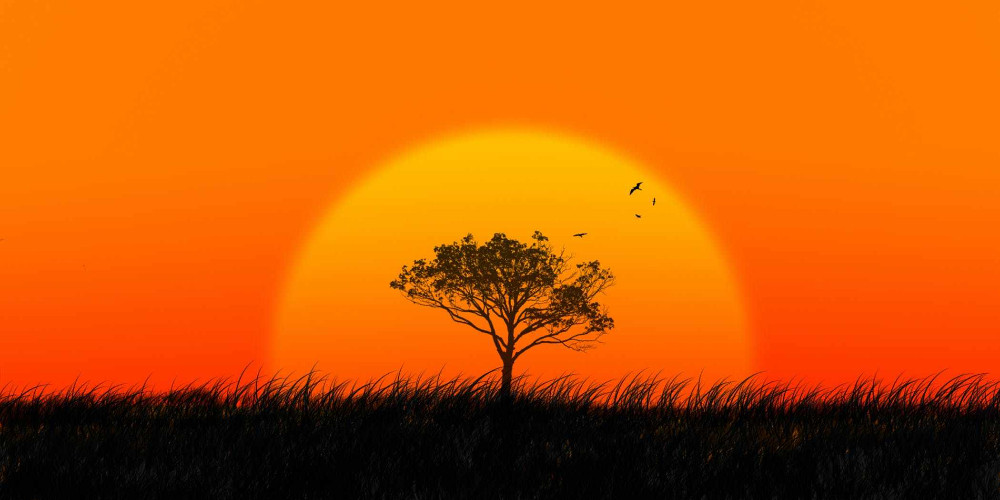 12 Instagrammable places in Democratic Republic of the Congo

Fans of exotic and unusual things will certainly enjoy if they travel to Democratic Republic of the Congo. Even though tourism in the area, where is the Democratic Republic of Congo situated, is just developing, many want to travel to this country to learn more about its exotic culture and interesting tribes, meanwhile get plenty of the most liked Instagram photos.
Local peoples, there have a variety of cultural traditions: they are connected with music, dance, art. The country uses such crafts as basket weaving, bone carving, as well as wood. Wooden authentic sculptures, masks with interesting features of different ethnic groups are in great demand among tourists.

Kinsuka is a city with a small population. Maybe, you have already seen its picture on Instagram.

Tourists should visit this picturesque corner. A fabulous show awaits them. Kinsuka consists of several cascading waterfalls, which are very popular with foreign tourists. Usually, they come here for the whole day to walk and look at nature, to talk with locals who know many mysterious stories associated with Kinsuka. A lot of writers come here for inspiration to write new books that can relate to any genre.

Mangengenbe is a tiny village on the banks of the Congo River, not far from Kinshasa.

Since the Congo is the most abundant in the world after the Amazon and can be several kilometres wide, the Congolese build dwellings on a hill, under palm trees, therefore, to get to Mangengenbe, you need to climb the mountain for 20 minutes. The small village of Mangengenbe is located in the amazing landscapes of the savannah. Here you can meet a local chief, go boating, organize a picnic on the Congo coast, and visit the neighbouring fishermen’s village.

Kinkol is located in Kinshasa, the capital of Democratic Republic of the Congo. This village looks like a large fishing market. Mobutu built it in honour of the local fishermen who contributed to the region’s economy—located 40 kilometres from the centre of Kinshasa. This village is very Instagrammable.

Kinkol is popular with tourists looking to enjoy a short break from a busy schedule. The village is located close to the river. Tourists should remember that it is best to visit the market in the morning when the freshest food is available. On the shore there is an orphanage for bonobo - these are pygmy chimpanzees. The visitor is allowed to play with the monkeys and feed them.

Gar Santral is the largest shopping and entertainment centre in Congo, located on the lower levels of one of the famous African Twin Towers in the centre of Kinshasa.

The mall occupies the 6 lower levels of an office high-rise. It includes about 200 world-class retail outlets, as well as restaurants, a swimming pool, a gym, a games area, a casino, and a recreation area that guarantee a pleasant time for the whole family.

Bonobo Paradise is a pygmy chimpanzee sanctuary in the Lucay Valley south of Kinshasa.

Now in nature, there are only about 30 thousand unique specimens of bonobos, they live only in a small area between the Congo and Lualaba rivers. Congolese have great respect for bonobos, remembering the old legend according to which they once taught people what is edible and what is not. The reserve protects the red-listed bonobos and reminds thousands of Congolese and tourists every year about the value and uniqueness of Congo’s history. Visiting this place, you will have a wonderful time in Democratic Republic of the Congo.

If you travel to Democratic Republic of the Congo, don’t forget to visit Lucaya Park. Lucaya Park is located 30 kilometres south of the capital of the Congo - the city of Kinshasa, next to the world’s only reserve for pygmy chimpanzees “Lolo I Bonobo”.

The park is known for its many low, about 1 meter high, waterfalls on the Lucaya River, which flow into small lakes with a beautiful sandy beach. A visit to Lucaya Park will be unforgettable for the whole family if you take care of comfortable shoes and swimwear in advance. Many gardens bloom on the coast of the Lucaja River, so depending on the season, you can buy a variety of fruits and vegetables here.

The crater lakes of the Albertine Rift in Africa are a good example of the preservation of desert places that delight the natural wilderness on our planet. The rift is located on the border of the Republic of Congo and Uganda. Much of the region lies within national parks such as Virunga Park in the Democratic Republic of the Congo, Rwenzori Park and Queen Elizabeth Park in Uganda.

Lake Victoria is considered to be part of the rift valley system, although it lies between the two branches. All the great lakes of Africa were formed by the formation of a rift and are located within the rift valley. Crater lakes formed after volcanic eruptions surround some of the highest mountains in Africa: Virunga, Mitumba, Rwenzori, and others. The rift lakes located here are among the deepest lakes in the world - up to 1470 meters.

Among the number of such monuments, it is worth highlighting the Cathedral of St. Anne, which was built according to the neo-Gothic style. The cathedral is relatively young. The colonial authorities decided to build it only in 1914. A picturesque park can be seen around the cathedral. There are many buildings nearby, which are also made in the neo-Gothic style. Thanks to this, the group of these buildings constitutes a single architectural ensemble. It is worth noting that it is impossible not to pay attention to the Cathedral of St. Anne, as it stands out very strongly against the background of modern buildings located nearby.

It is one of the oldest in Africa; it was founded in 1925. The reserve is located near the border with Uganda. The main protected inhabitants of the park are mountain gorillas, which are on the verge of extinction. It is one of the Instagrammable places you need to visit.

Mount Mikeno is a dormant volcanic mountain placed in the Democratic Republic of the Congo. At 4,437 meters Mount Mikeno is the second highest peak in the Virunga Mountains after Karisimbi. It is also the 13th highest mountain in Africa. Mikeno indicates “poor” and is so-called for its harsh slopes which hinder human habitation. This area is also highly Instagrammable, so, you can get the most liked Instagram photo there.

We hope that you gained a lot of useful information from this article! Have a good time in Democratic Republic of the Congo and take a lot of Instagrammable photos! We need for sure to follow you on Instagram if you travel to this country!