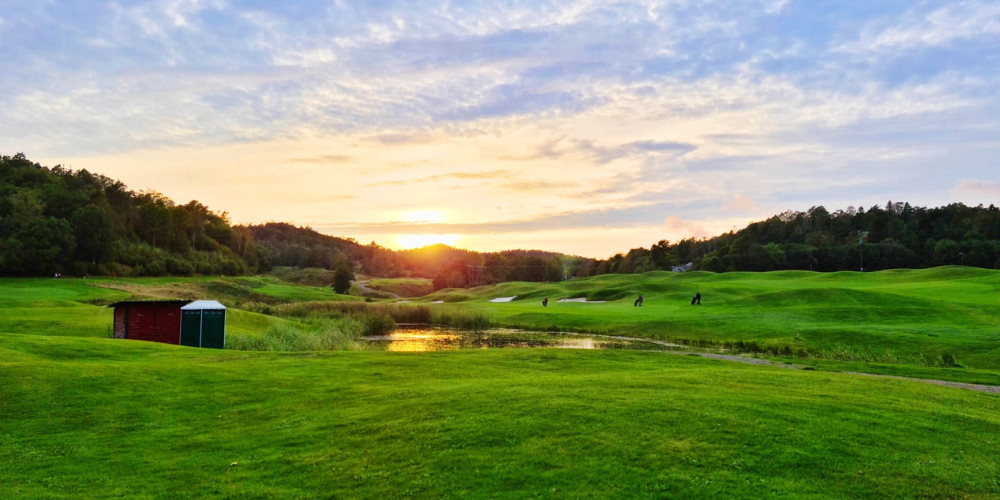 If you are looking for a bit of action on holiday as well as sightseeing to take the most liked Instagram photos, then you should visit Sweden's largest amusement park, Liseberg. The park is located in the middle of the city in the Heden district and, with three million visitors annually, is one of the country's largest tourist attractions. There are more than 30 rides, restaurants, and dance halls on an area of over one square kilometer. The most famous attractions include Balder, the largest wooden roller coaster in Scandinavia and the steepest in the world and the AtmosFear free-fall tower. Lisebergsbanan or Lisebergstornet are also very popular. If these tracks are too exciting for you, you can also ride the Lisebergshjulet, the 60 meters high Ferris wheel with 42 glass gondolas, and enjoy the fantastic view over Gothenburg. Visiting this park is one of the must-do things to do in Gothenburg. The park even has its Walk of Fame, the Stjärnstigen, on which famous park visitors have immortalized themselves. Concerts by international greats such as ABBA, The Rolling Stones, and Led Zeppelin have already taken place on the stage in Liseberg.

Among the places to visit in Gothenburg, Opera House offers world-class performances with fantastic acoustics since it opened in 1994. The opera is a regular stage for musicals, dance, ballet, and operas. The most famous performances include Romeo and Juliet, West Side Story, Cats and Guys, and Dolls. In 2010 the Melodifestivalen, the preliminary decision for the Eurovision Song Contest, took place here, a must for Sweden's entertainment industry. The opera's design was taken over by the architect Jan Izikowitz, inspired by the port and its canals. You might even recognize the outlines of sails and cranes. The opera is worth seeing because of the harbor location on Lilla Bommen, which creates a nice atmosphere, especially in the evening with the ships' lights. Of course, you will take several nice Instagram photos, too.

If you hesitate about what to do in Gothenburg, a visit to the Gothenburg Art Museum can be the right option, as it exhibits art from the 15th century to the present day. The museum is on Gotaplatsen, and you can hardly overlook it due to its proximity to the city's main shopping mile. After the National Museum in Stockholm, it has the most works of art in all of Sweden, so there is plenty of material for you to see. The museum is internationally popular for the leading collection of Nordic art. It shows Scandinavian artists' outstanding works such as Edvard Munch, Carl Larsson, Anders Zorn, and Albert Edelfeldt. You can also see the paintings by world-famous artists such as van Gogh, Monet, Rembrandt, Picasso, Rubens, or Chagall, which are also extensively exhibited. At the Hasselblad Center visitor centre, you can purchase information material, posters, or other souvenirs or book a guided tour of the museum. If you are interested, you should also take advantage of the range of lectures, workshops, and family activities, as they provide exciting background knowledge.

The city's symbol and a motif on numerous postcards is the bronze sculpture of Poseidon, on the top of the essential places to see in Gothenburg. It is on the centrally located Gotaplatsen in the Lorensberg district, right at the end of the main boulevard Kungsportsavenyn. The figure forms the centre of the fountain designed by Carl Milles in 1931. At the edge of the fountain, six small sculptures and other reliefs with fish, mermaids, and other mythical and aquatic creatures decorate the work of art. The Poseidon figure is seven meters high and a symbol of its strong relationship with the sea. Poseidon watches over the theatre, the art museum, and the concert hall, which are in the immediate vicinity. If you stand on the art museum's stairs, you can take a vacation photo that is typical of Gothenburg. The Poseidon figure forms the foreground for your subject, and the other sights are shown in the background. With a little practice, you will have all the highlights in one photo.

An absolute must is a visit to Haga's old town, the city's historical picture district. The small cobblestone streets invite you to take a stroll, and since almost all the streets in the district are car-free, this is also safe. The oldest street dates back to 1790, but you can still marvel at many well-preserved wooden houses on Haga Nygata.

If you climb the very steep stairs at Linnegarten, you will come to Skansen Kronan, a former fort from 1687, and one of the must-see places to visit in Gothenburg. Today, however, the "Kronan" on Risåsberget serves as a lookout point. From here, you have a wonderful panoramic view over the whole of Gothenburg and the nearby lake.

When you walk through Gothenburg, you will inevitably notice Alvsborgsbron. The 933-meter long suspension bridge dominates the entire cityscape and is a point of reference in case you get lost. The bridge stands on six pillars and is used by around 65,000 cars every day. Many round trips through Scandinavia begin near the bridge, as the ferry docks for the large ships are there.

You have an Instagrammable view of the harbor and the Gotaalv river with its numerous ships on the bridge. You should come here for a photo, especially in the evening, as the ships' lighting conjures up great light reflections on the water. From the Alvsborgsbron, you can see the Skanskaskrapan. This 86-meter-high building is popular as lipstick because the architecture is reminiscent of this cosmetic product. The red and white striped "lipstick" is another symbol of the city and one of the few skyscrapers in Sweden.

Lovers of Gothic architecture should visit the Olivedal district. On the Dahlinska mountain is the church built-in 1893, which is dedicated to King Oscar II. The planning of the architecture was taken over by Helgo Zettervall, who was a real star among the builders at the time. The Evangelical Lutheran Church is made of red bricks, and the towers have turned mint green due to the weather, which is a nice colour contrast to the dark red.

The 137-hectare castle park is in the south of Gothenburg and the ideal place for a short break. Hyde Park in London and Skansen in Stockholm were models of this park. Gothenburg's park is accessible around the clock, and all residents like to call it the "green lung of the city."

From the observation tower, which is located on a small hill, you have a panoramic view of the whole of Gothenburg. Or you can go to the observatory and take a look at the stars.

During your tour of Gothenburg, you will come across Gustav Adolfs Torg at some point. This square has been the political center of the city since the 17th century. In the past, the square was a place of public punishment; today the square is better known for the Christmas market. In the middle of the square is Gustav II Adolf, who was the founder of Gothenburg.

Topics
Apply for any visa in two clicks!
Cities
Do you want to get a Sweden visa easily?
Get your visa now 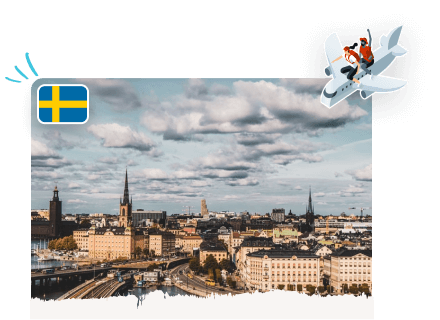