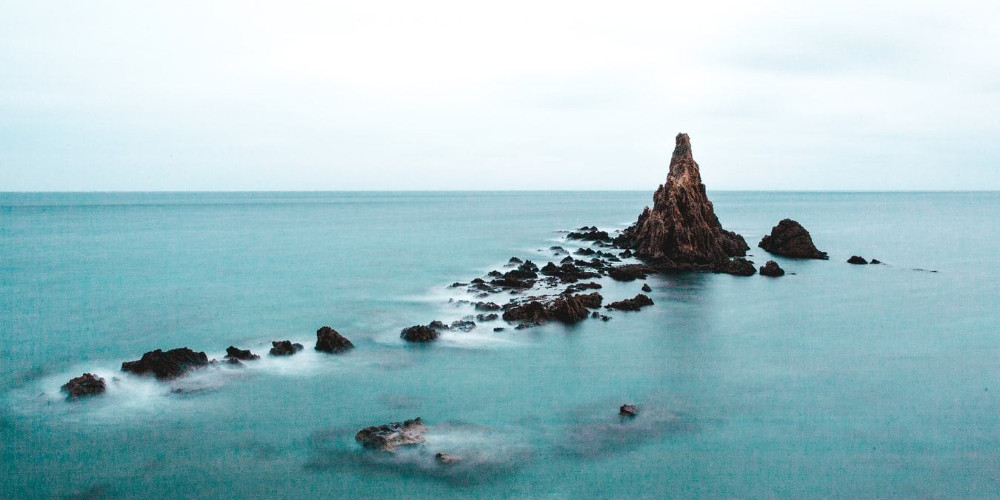 Where is Guam, and which places to go in Guam?

A tropical island, a blend of Spanish, American, and indigenous Chamorros' influences, offers stunning beaches, alluring crafts, and breathtaking vistas. Guam Island - a paradise in the Pacific Ocean. Where is Guam? Guam Island is the largest island in Micronesia and is part of the Mariana Islands archipelago. There are enough beautiful places to go in Guam, wonderful landscapes, and nice places to see in Guam. This land in the Pacific Ocean is an unincorporated territory of the United States known for its breathtaking coastline, scenic harbor, fascinating indigenous culture, and an American touch. It will be the perfect decision to have a good time in Guam. Guam island is the ideal place for a peaceful getaway, a romantic trip, or a family vacation. Also, there are too many instagrammable places to visit in Guam where you can take the most liked Instagram photo. You can visit there to bask on beaches bathed in tropical sun or practice water sports. The island also seduces by the local culture of the Chamorros and the heritage inherited from the Second World War. You will find several instagrammable places to go in Guam related to the war. In this article, you will read about the best places to see in Guam to take instagrammable and the most liked Instagram photo. You will also find answers to your questions about where is Guam, what places to visit in Guam, how to have an interesting time in Guam, etc.

Where is Guam, and which places to go in Guam?

In the heart of the Pacific Ocean, your trip to Guam may begin in the cosmopolitan capital Hagatna (Agana). You can explore the village by taking a pleasant historical walk discovering the remains of European influence, such as the Plaza de Espana and the Dulce Nombre de Maria Cathedral Basilica. You will find many instagrammable places there. Chamorro Village Market makes an excellent stopover for some shopping, especially during the fascinating Wednesday night market. You will taste local specialties with Spanish accents while admiring street artists' performances, particularly the traditional fire dance. You can bring back an artisan souvenir, such as a shell necklace or a woven basket. Not far away, Tumon presents itself as a more chic destination, with its hotels, shops, and its seafront of bars and nightclubs.

While very few in the other parts of the world have heard of Guam's island, it is one of Asia's most popular tourist destinations. Every year, thousands of travelers from Japan and South Korea take a flight to enjoy the paradisiacal beaches and the navy blue waters that distinguish the Pacific islands, one of Guam's most popular sights. The island is only three hours away from the largest cities in these countries, where up to 90% of the tourists come from. In recent years, lovers have chosen these seas' pictures as a pretext to travel to Guam as a destination for their honeymoon.

Although it seems incredible, Mexico and Guam share centuries of a common history. Spain conquered Guam's island on January 22, 1565, so from that date and until Mexico's independence, the two countries were part of the same empire. Not only that, but it was through the inhabitants of New Spain who decided to travel to Guam that the distant territory began to be colonized. Today, the colonial heritage is still alive on the island and is one of its main tourist attractions.

It is one of the instagrammable places to visit in Guam. The town of Umatac is the place where you can visit Fort Soledad, the best preserved on the island, and is located on top of a hill from where you can see the sea on one side and the mountainous jungles on the other. Umatac was the port where the Manila Galleon stopped Guam during its journey from the Philippines to Acapulco. Therefore it is one of the most significant places, and you should not miss it on a visit to the country.

Like any Spanish colony, Guam was inhabited by indigenous groups who had to assimilate to survive. In the case of this island, its inhabitants were the Chamorro. Due to their remoteness from Spain, the Chamorro always remained the dominant cultural group, and to this day, they represent almost 40% of the island's population. Today, Guam has made a great effort to recover its Chamorro cultural heritage as a sign of identity and pride. A visit to this island forces the traveler to know this Chamorro culture.

The best place to take the most liked Instagram photo is the Gef Pago Cultural Village, where the Chamorro representatives do demonstrations of crafts, art, and gastronomy. In addition to talking about legends and showing what a traditional village of this culture was like. The village has two objectives: to show the local culture to the travelers who come to Guam and transmit it to the young Chamorro, who will inherit and preserve it.

Most of those who visit Guam stick with the most popular beaches, accessible from human-made cities tailored for tourists seeking nothing more than rest and distraction. But the traveler who makes his own route will discover a natural paradise that justifies the trip to this corner of the world. Guam was formed from the union of two extinct volcanoes, and this characteristic gives it geography that distinguishes it from other paradisiacal islands in the Pacific. Among the greatest ecotourism attractions of Guam are 32 waterfalls spread throughout its geography and Lamlam Mountain, which they presume to defeat Everest as the largest in the world. Of course, this is because they count its height from its source at the bottom of the ocean, although it barely rises to 406 meters above sea level.

You should visit Tamuning to discover dream beaches, a sunny climate, and sea views. You will appreciate the city not only for its magnificent beaches but also for nice panoramic views. Tamuning is a city that is home to several remarkable sites such as Tumon Beach, Two Lovers Point, Fai Fai Beach, Ypao Beach Park, and Guam Premier Outlets. All are among the essential places to go in Guam.

There is a lot to do and to see in the capital of Guam. From memorial complexes of the Second World War to colonial architecture and wonderful nature. It is a place where you will be able to find many spots to take the best photos for your Instagram account. While on vacation in Hagatna, don't miss the sights that attract many visitors each year, such as the Guam Museum and the Pacific War Museum. Also, do not forget to visit Latte Stone Park, a family-friendly green destination for outdoor activities, and Latte of Freedom for walking on the coast to see the magnificent sunset.

If you love parks and history, never miss this opportunity to go to this place on Guam Island. Inarajan is an ideal place to see remainders of the war and learn about the island's role in the war as the nearest part of the US to Japan. Besides, Inarajan has excellent natural sightseeing, Inarajan Basin. It is a nice place to do outdoor activities and relax and take wonderful photos. On the other hand, Talofofo Waterfalls near the town offer a beautiful scenic background view for your photos.

Further north of the island, you will find the island's superb limestone plateau and a host of beautiful beaches among the places to see in Guam. On weekends, the charming village of Dededo hosts a popular flea market. At Two Lovers Point, a lookout at the northern end of Tumon Bay, the island's east and west coast views are breathtaking. The name of the place comes from a Chamorro legend. The Guam National Reserve at Ritidian Point allows you to observe sea turtles at the foot of limestone cliffs.

In the south of the island, the mountainous landscapes are dotted with farms and villages on the hillsides. The Gef Pago Cultural Village in Inarajan is the perfect place to discover Chamorros traditions: you can see local artisans at work in an authentic thatched Chamorro hut. You will be amazed by Cocos Island, Talofofo Bay, with its black sand, and Cetti Bay on the southwest coast. A sublime hike leads to the Sigua Waterfalls, a magnificent place to have a nice time in Guam.

As Guam is on the Pacific Ocean, you will find many beaches on this island. One of them is the wonderful Cove Beach. Located a little bit far from the main road, you can hike to get to this place. After reaching you will find an extraordinary beach, with sharks.