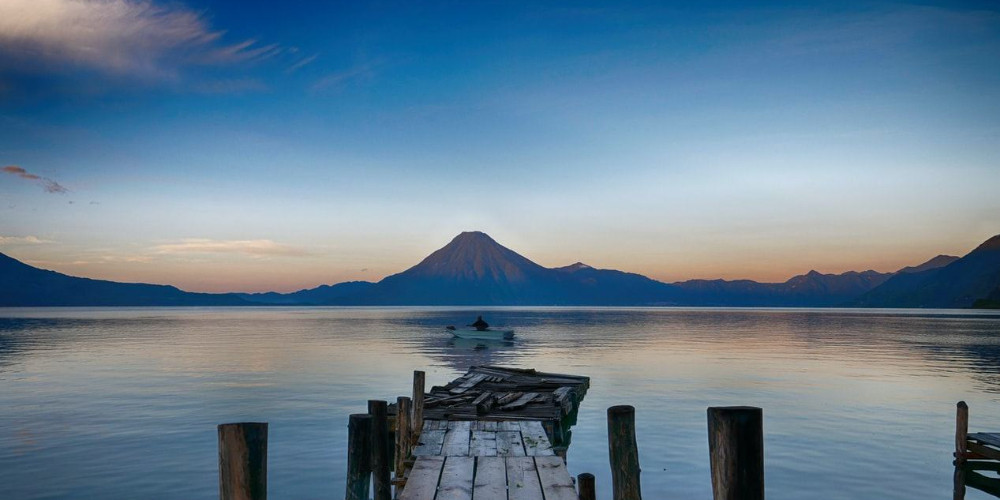 Where is Guatemala located?

What to do in Guatemala?

Do you know where is Guatemala on the world map? Guatemala is located in Central America. Guatemala is a country of unusual cultural and natural wealth with a very privileged geographical location. The distances here are very small, and you can see everything in one short trip. This is a unique land of unforgettable adventures, known as the land of eternal spring. Guatemala has a pleasant climate, which allows you to visit it at any time of the year.

Where is Guatemala located?

Guatemala on the map is located in Central America between the Pacific and Atlantic Oceans. Mexico borders it to the north and west, Belize to the northeast, Honduras to the east, and El Salvador to the southeast.

The capital of Guatemala is Guatemala City. Guatemala capital city is located in the valley of the central highlands at an altitude of 1493 meters above sea level. Guatemala is the most populous city in Central America. Its characteristic appearance, created by low massive houses, has changed somewhat due to the construction of multi-storey hotels, office and residential buildings in a modern steel and concrete style. The business center of Guatemala City is located in the south-central district of the city. There are Instagrammable places in the city that are interesting for shopping, where you can choose designer jewelry and other handmade products of local craftsmen. The city has a large number of restaurants and cafes.

Guatemala City has been repeatedly destroyed by earthquakes. There are few historical attractions here, and all of them are in the colonial style: The national Palace, the Cathedral, the Ruins of the ancient city Camillou.

At one time, the Guatemala city was included in the Guinness Book of Records for the longest carpet of sawdust, with a length of more than 2.329 km. In accordance with Guatemalan tradition of the carpets of sawdust decorate the road in celebration of Easter. The name of Guatemala's city carries another meaning of the word "Guatemala" - the Land of eternal Spring - for its beauty and warm climate. It is also believed that the word Guatemala was formed from the local word Maya, meaning many trees.

What to do in Guatemala?

The traveler stays in the capital for a short time in anticipation of interesting trips around the country. Are you wondering what to do in Guatemala? This time should be devoted to excursions around the city. Visit the Minevra Park, where is Guatemala depicted on the map in relief and volume, you can explore it from the observation deck in anticipation of exciting hikes and trips around this country. The museum, which is worth visiting before the trip, is located on the university grounds, documenting and testifying to the various stages of Mayan history and culture. Intricate pre-Hispanic figurines and statues, carved wooden masks, burial urns, traditional fabrics, and other Mayan artifacts. The abundance of colonial paintings and gilded wood on the walls, as well as colorful Mayan paintings with animals, will appeal to art lovers.

Guatemala is a truly unique country that has everything from ancient Mayan ruins, charming colonial cities, rich culture to active volcanoes. This is one of those countries that should not be overlooked. In every corner there is something to discover, explore, climb the mountains and take the most liked Instagram photos. So, without further ado, here's a selection of the top 12 Instagrammable places in Guatemala.

Flores is a charming colonial town located on the island of Lake Peten Itza. Most travelers stay here because of the close proximity to Tikal and other attractions in the surrounding area. Not just because of that! Many travelers stay here longer than expected because of the serene atmosphere of Flores, a beautiful colonial charm that is simply impressive. Complete relaxation from walking through the cobbled, winding streets of Flores, kayaking in the pleasant exploration of the shoreline of Lake Peten Itza.

Tikal itself is certainly one of the most fascinating Mayan ruins in Latin America, a mystically ancient ruin in the middle of the jungle, home to toucans, parrots, howler monkeys and many other exotic animals. Not to mention the fact that the highest pyramid rises above the horizon, exceeding 200 feet, and although this place is visited by thousands of tourists every year, it remains, as it were, untouched by the wild and peaceful place. Visiting Tikal evokes a sense of wonder and mysticism.

If you are in the mood for something even more exciting and positively adventurous and are prepared for such adventures, you should definitely go on a 5-6 day hike through the wild and dense forest to the remote Mayan settlement of El Mirador. The ruins, lost deep in the jungle - just magical. Such a journey speaks volumes.

The lush green canyon of El Boqueron. The narrow canyon, with its giant limestone walls covered in vegetation and caves, will leave any visitor in awe and wonder how something so majestic can hide just an hour's drive from the city of Rio Dulce. The trip will be no less exciting, visiting the canyon itself up the Rio Salsa.

Finca Paraiso is a private property near Rio Dulce, which is known for its waterfall. Hot springs that cascade into the icy cold river. The waterfall is mainly visited by local tourists who come in the afternoon, so it is worth visiting this gorgeous place in the morning when you can not hear the noise of people, but only the noise of nature and water. Or a bath in a natural Jacuzzi alone. It is worth following the narrow paths and climbing to the top of the waterfall to the hot streams, so to speak, to its source, to take mud baths, which are very useful. This whole complex of water treatments is a therapy in natural nature.

There is something particularly nostalgic and historical about visiting the ruins of the fort, Rio Dulce, Castillo de San Felipe, this place really takes you back to the XVI century - the years when the fort was used for protection from pirates. The fort itself and its buildings are not large, but the lack of size is compensated by beauty. Make your way through the narrow spaces of the fort, climb to the highest tower. The life of those times is very clearly represented. From the tower of the fort, there is a superb view of the lake. Then you should swim in the lake, relax and enjoy the eternal spring sun in the Rio Dulce National Park, where Castillo is located.

Semuc Champey is a 300-meter natural limestone bridge in the middle of the jungle, just a 30-minute drive from the city of Lankin, and you are taken to another world. Here the water is turquoise. Walk along the river, explore the nearby caves, climb the observation deck, and admire the beauty of Semuca, considered one of the best places to visit in Guatemala.

Antigua is the former capital of Guatemala. Over the centuries, there have been earthquakes, floods, avalanches and volcanic eruptions. Its insecure location even led to its demotion – from the nation's capital in the 18th century. It was replaced by Guatemala City, the current capital located in the highlands of Guatemala. This place is interesting because it is considered one of the best streetscapes. It is included in the UNESCO World Heritage List, and many travelers stay here for several weeks, in order to explore its surroundings and natural attractions. So the city often hosts the most interesting events.

Xela is the second largest city in Guatemala. The city attracts travelers who want to experience the authentic atmosphere of today's Guatemala. The area is famous for the beauty of the western highlands of Guatemala and for hiking.

Lake Atitlan, also located in the highlands of Guatemala, is considered one of the most Instagrammable lakes in the world. Its coastline is populated by Mayan villages. The most interesting Instagrammable places for the traveler are Panajachel, San Pedro and San Marcos. Each village has its own uniqueness. It's worth staying here for a couple of days. Panahachel is the most visited destination. At the same time, visit the small town of San Pedro, known as a party place for tourists and travelers with numerous cafes, pubs and restaurants, where people easily share their impressions, as everything here is conducive to this. And San Marcos-a small town, also located on the shores of the lake, is the sleepiest place. People who are interested in meditation and other spiritual activities come here to enjoy a peaceful environment. The, so to speak, untouched by tourists village of Maya people is Santa Cruz and Tzununa. It's worth checking out.

Chichicastenango is best known for its size, colorfulness, and crowded markets on Thursdays and Sundays, when vendors from all over Guatemala come here to sell their wares. The place is fun! Here you can buy souvenirs and other local products, clothing, interesting household items, exotic kitchen utensils, here you should definitely make a day trip. Be sure to bring your trade negotiation skills with you. It is very interesting to bargain here.

Guatemala is home to more than 30 volcanoes. In any case, you should not leave Guatemala without visiting and passing through at least one volcano! The most interesting of the most interesting volcanoes in Guatemala is Pacaya. İf you want more, then you should go on a hike to the dormant Acatenango volcano. And for a full understanding of the power of nature, its inner earth energy, it is definitely worth visiting the active volcano Fuego, as they say, to tickle the imagination. Very famous for its activity volcano. About 25 small eruptions of gas and ash occur daily on Fuego. You can often see smoke rising from the top. The Fuego volcano has been steadily erupting since the beginning of the 16th century. The last major eruption was in 1974. A trip to the Fuego volcano is not easy, but it is possible. It passes through cloud forests and then through high Alpine meadows to the steep slopes of the Fuego crater.

On the way back after the expedition trips, the sea of what you saw, the mass of impressions, once again wander around the City and go home.

Travelers should be aware that Guatemala is among the four countries with the highest risk of natural disasters due to volcanic activity according to the World Risk Index. However even if there is any natural action, the authorities will not allow tourists to stay in the most dangerous places or will quickly respond to the evacuation of the population if the risk is too high. Do not forget that in most cases, a trip to Guatemala in the jungle, in the mountains, on volcanoes is best done with a guide who is well aware of all the trails and nooks of these picturesque Instagrammable places. In cities, there is a problem with street crime, especially at night. Do not visit the outskirts of the city, and there is nothing to do there. In general, in any country on any continent, vigilance must be observed. It's safer that way. 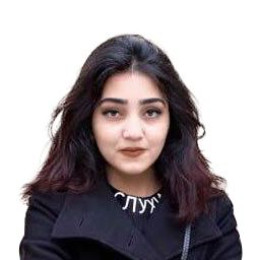