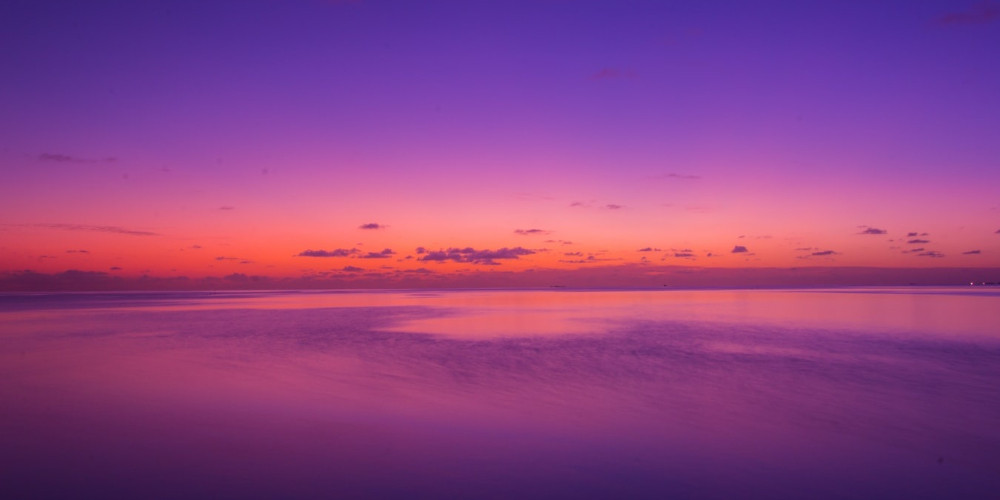 Dreams are usually far-fetched and overtly fantasised. Their construct usually borders the bizarre and the impossible, but nature is one of such creators of the impossibilities. It answered to most vacation dreams by creating a slice of heaven called the Maldives. A group of 1000 islands amidst the tropical waters of the Indian Ocean compose a veritable Garden of Eden. White sands, turquoise coloured water and the blue sky make for an unforgettable tourist destination. That is also the reason why the Maldives is one of the top travel hotspots and one of the most Instagrammable places on Earth.

Where is the Maldives?

It lies southwest of India and Sri Lanka and about 700 kilometres from the Asian mainland. It is also highly dispersed with the islands spread over a large area. However, the Maldives by size is the smallest sovereign Asian country.

How to get to the Maldives?

The Maldives is in the middle of some of the busiest sea and air routes. Being a top-notch tourist destination, it has direct flights from almost everywhere. There are plenty of flights from most cities of India and Sri Lanka, and all of South Asia and Dubai. The Maldives has a well-developed tourism industry which caters to all types of travellers, right from budget visitors to the high-end ones.

Is the Maldives costly?

Well, it depends on how you wish to spend your vacation and how well planned your itinerary is. The Maldives is a place for all visitor types, but on average, it is an expensive destination. That is because of the demand in this region as a travelling spot, is incredibly high.

The island is consistently hot and humid. The monsoon lasts from June till November. It ideally has two seasons, the dry season which coincides with the winter winds and the rainy season, which is associated with the rain-bearing, moisture-rich winds. It is advisable to travel during the dry season since the monsoons are usually torrential.

The most Instagrammable places in the Maldives

The entire country is Instagrammable by how nature has blessed it with umpteen beauty. The beaches and the lagoons are nothing sort of wonder, and missing out on them would not just be tragic but downright criminal too. If you travel to Maldives and do not take a round of the capital, Male, then that would be a grave injustice. Since amidst the noise of tourism, the city packs a fair bit of history as well being the seat of power, modern by current standards.

The capital of the Maldives and also its most populous city, Male has been attracting tourists for a long time. Male is called the King’s Island since for centuries this was where the power centre has been. The capital has seen its fair share of ancient royal dynasties and numerous monuments are dotting the city, which reflects its royal past.

Places to visit in Male City

Your travel to Maldives will be incomplete if the capital city has not been properly explored. That is an old city with a fair bit of history. It has seen the wave of the ancient Dravidians, then the Islamic rule and finally the British Empire. Male is also the island’s largest city and the most populous one. Like every other modern city, it too has a developing skyline and attracts tourists from all corners of the globe.

That is the erstwhile Royal Mosque of Male and is still operational. It is open for the Friday prayers, and everybody is welcome. The Mosque is built on a royal scale and has intricate carvings all over. The Grand Friday Mosque is one of the oft-visited sites in the capital city. It also has quite a fan following on Instagram, making it one of the most Instagrammable places in Male.

Try not to judge the building by its exteriors. However, the building might seem unattractive; the collection stored inside is worth seeing. The artefacts are well labelled, and the museum is adequately staffed. The National Museum tells a great story about the past of the island county and is a must-visit for history enthusiasts.

That is one of Male’s most visited restaurants, located on the busy seafront road. Newport is as much famous for its incredible food as it is for its sleek interiors, and Instagram is awash with its images and is a sought after Instagrammable place.

That is a Chinese built structure joining Male with its adjoining island of Hulhule, where the international airport is located. It is a fantastic piece of engineering. Though opinions vary regarding the building of such an enormous structure, given its monstrosity, it sure makes its way to the top bracket on Instagram.

The Maldives is blessed with some of the best natural beaches. However, in Male, there is an artificial beach which has its fair share of attraction. Tourist throng the beach to enjoy the setting sun and the breeze blowing into their faces. Surrounded by breakwater tetrapods, swimmers can also dive in for a quick splash.

This café marries two extreme ideas into one to create magic. Jazz is an un-Maldivian concept, while coffee is the country’s favourite beverage. Amalgamating them creates a fusion worth remembering. Couple that with the open interiors and the Jazz Cafe becomes one of the city’s favoured meeting points.

The Maldives has a lot of Indian influence. A large chunk of its population has Indian ancestry, which also reflects in the kind of food the locals eat as well as a few restaurants. Bombay Darbar is standing as an example of them. It is also one of the best on the island. Its delicious meals and Indian inspired interiors are a dominant hit among the locals as well as the travellers. Located on the ground floor of the Newtown Inn, Bombay Darbar is indeed an Instagrammable place, which should not be missed at all.

Also known as the STO People’s Choice supermarket, it is the hub for shopping for everyone. Extremely well-stocked and efficiently managed, the supermarket is the go-to place for all and sundry. It also has the best selection of imported food and beverage items on the island.

Mulleeaage was built in the early 20th century for the Sultan, which was used as his palace. Though he couldn’t use it, the structure’s use purpose changed into a government office for many years. It finally became the President’s residence in 1953. This considerable palace has a large compound, and its tower is covered with intricate artwork. At the eastern end of the building, lies the tomb of Abul Barakat Yoosuf Al Barbary, the propagator of Islam in the Maldives, in 1153. It is called the Medhu Ziyaraath.

It is another hub for the gastronome, similar to the Fish Market. The Produce Market has stalls which sell local and imported fruits and vegetables. It is also the centrepiece of agriculture commerce since natives from all over the nation congregate to sell their crop. It is also an ideal meeting place for visitors as well as exotic food lovers. For the quirky Instagrammer, the Produce Market lies high on the ranking for the most liked Instagram photo. The best time to travel to Male, the Maldives being in the dry seasons, it is time when more exotic food items are put up for sale. Going on a journey to the Maldives and not visiting the Produce Market is saddening.

The National Art Gallery is juxtaposed with the National Library, all under one roof. The art gallery has a large section dedicated to Maldivian art and culture, but unfortunately, it is not that well looked after. The main reason is that this is always a temporary arrangement, and if there is no exhibition going, it becomes pointless to visit. However, one can always drop in to check on the National Library, which stands adjacent to the Art Gallery.

If you are wondering how to find Instagrammable places in the Maldives, search for spots on Instagram. The more popular ones will have more pages dedicated to them. The Maldives has a considerable number of Instagram dedicated to it. So does Male. The next time you wish to travel and be a part of a beautiful journey, travel to Male, Maldives. It surely will provide you with everything you wanted from a good vacation.

Topics
Apply for any visa in two clicks!
Cities
Do you want to get a Maldives visa easily?
Get your visa now 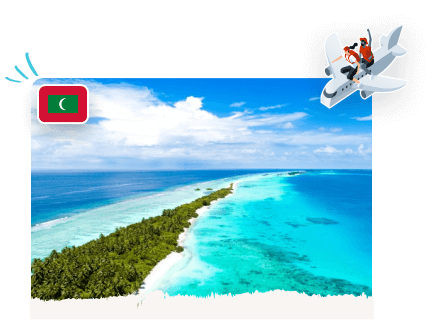