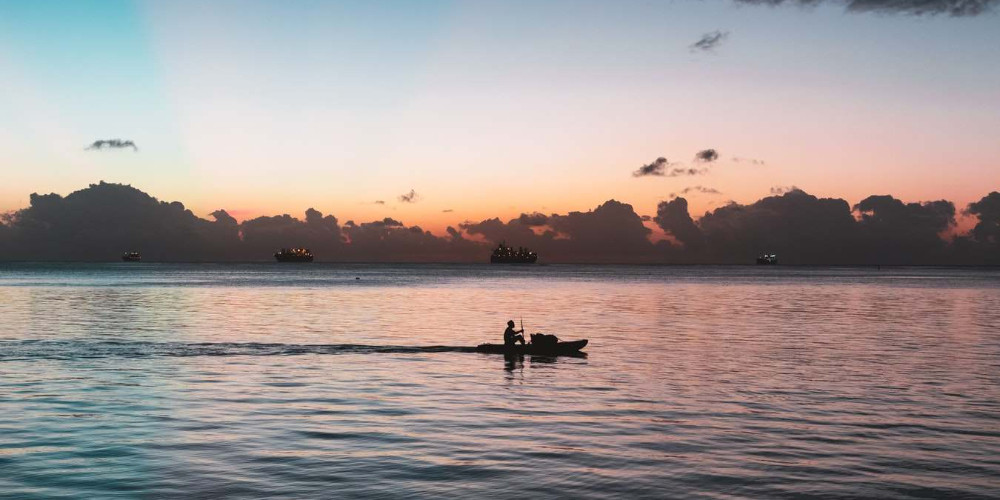 Saipan is one of the main islands of the Mariana archipelago. It represents the landing place of travellers. You can not even do without it. However, this whole part of the country is marked by the battles that took place during the Second World War. You will make discoveries in this direction, too. Do not forget to explore, for example, the limestone Banadero Caves. It served as a place of entrenchment against the Japanese. Observe tanks, cannons, etc. You can go to Bird Iceland, which remains a nature reserve nestled in a magnificent emerald bay. And do not lose sight of Grotto, a rock formation that remains a must-see on travel to Northern Mariana Islands.

Managaha Island is a nice spot where you can go by glass-bottom boat. There is Mount Tapochau whose summit will allow you to discover a 360° panorama of the ocean and the island. That is also an ideal place to take Instagrammable pictures. In the north of this part of the Mariana Islands, you will open the door to the Museum of History and Culture. It is in a former Japanese hospital. Through its exhibitions, you can go back 4,000 years in the past of the territory. Here, in the evening, everyone hurries to the Road Pathway beach to admire a blazing sunset. And you? The flora seduces in the Saipan Botanical Garden. Do not miss scuba diving, too.

Craft enthusiasts can indulge themselves at the Garapan market. Right after, you can then go and experience the local party by attending traditional music and dance performances. Some restaurants also offer these entertainment programs. You should know that the calendar in festivals, carnivals, and others on the Mariana Islands is rich. You can take the most liked Instagram photo there. It is better to make an appointment between May and July. In this period, the celebrations follow one another. Imagine that there are festivities that invite you to experience the gastronomy of the islands: the delicacies of seafood, of course! Do not miss it. You cannot miss the opportunity to enjoy its gastronomy, which in addition to showing off local products from the area, also has Western and American foods.

One of the most curious facts about these islands is that of the 14 that compose it, only four of them are inhabited, so you will surely find almost virgin territories on these holidays. For this reason, we highly recommend that you visit the inhabited islands like the rest, to discover the unmissable corners that this territory hides. One of them is the fantastic island of Rota, one of the paradises of this archipelago. It is one of the most visited spots in this territory, and its inland natural landscapes, together with its coasts and native fauna, make this island an essential visit on your vacation in the Northern Mariana Islands. This island is also popular for its rich and admirable flora and fauna.

When you search for where are the Northern Mariana Islands, you probably know about this place. If not, you will. I recommend that you visit the main island. This island territory is famous for having one of the most amazing places in the whole country and known as the Gruta, an incredible tour through an underwater cavern that will take you to explore one of the most impressive corners of the Northern Mariana Islands. You will enjoy its trails and inland sea and take some of the most incredible photographs of this destination. Take your time to contemplate the beauty of this island! It boasts a marine park and a multitude of nature trails that will lead you to the highest points of the entire island, which means that from them, you can appreciate incredible Instagrammable views. This island also boasts a sanctuary, the Church of Sagua Gaga, where many birds can be seen.

Less frequented and less developed than Saipan, Tinian also deserves your attention. Near its port, you will discover in San Jose the huge hand-engraved latte stones of the House of Taga. This obligatory stop among the Instagrammable places of the islands is one of the curious villages that you can find on these islands and where the ancient Chamorra culture is best preserved. You can enjoy its beautiful beaches, and the historical remains that this town preserves.

In the capital of Northern Mariana Islands, Saipan, you will find the ideal conditions for diving since its crystal clear waters will allow you to immerse yourself in a fascinating seabed. For this, you will have several reference points where you can enjoy your favourite water activity, such as its beaches, the famous Grotto, or the impressive cliffs from which you can see a beautiful Instagrammable view. Also, on this island, you will find the highest mountainous point: Mount Topachou, which houses a museum of a historical nature since this island had a relative weight in the Second World War.

If what you like is exploring the seabed, the Mariana Islands are incredible as you will find sunken treasures, corals, caverns, and fascinating caves. Bring out your boldest side! With more than ten different places to practice diving, La Gruta gathers the eyes of all tourists since it is one of the best caverns in the world for diving. Also, the Teteto beach is an ideal Instagrammable place for diving into the seabed.

There is a stable tropical climate in the Northern Mariana Islands. The islands are always sunny, the humidity is 80%, and the seawater temperature is 28° in the Northern Mariana Islands. Rainy season from July to November. The islands enjoy a tropical maritime climate with a dry season from December to June and a rainy season that runs from July to October. One of the main attractions of this territory is that you can come and discover it in any season of the year that you like the most since its pleasant temperatures throughout the year will allow you to enjoy this fantastic archipelago in the season of your choice. Another element to highlight is the variety of tourist attractions that this destination has, and that mainly attracts fans of water sports. What is more, you probably did not know that sports competitions such as regattas or fishing contests are organized in this territory. Such great fun!

Another hallmark, which goes unnoticed by many travellers, lies in its cultural value. Crafts are the most characteristic product since they are made with local products and constitute a true relic for the tourist. In this travel destination, they also give great importance to music. Hence the dance and traditional dances occupy an important weight in their cultural legacy. Without a doubt, it is worth stopping to know in-depth! Besides, in the Mariana Islands, it is very common to find festivals and religious cults, where people pay homage to the patrons of each town. Among the major dates on the Mariana Islands calendar in June is the Flamboyant Arts Festival in Saipan during the flowering of tropical trees. The festival emphasizes local crafts and art creations. In August, the International Jazz Festival brings together virtuosos from all over the world.

Visiting this place is not fun, but a history. It's where the US army loaded nuclear bombs, the Little Boy and the Fat Man, to aircraft to bomb two Japanese cities, Hiroshima and Nagasaki, in 1945. This event has ended the war but caused the death of thousands of civilians. It is worth visiting these Atomic Bomb Loading Pits during your trip to the Mariana Islands.

Apply for any visa in two clicks!
Topics
Islands
Do you want to get a Northern Mariana Islands visa easily?
Get your visa now 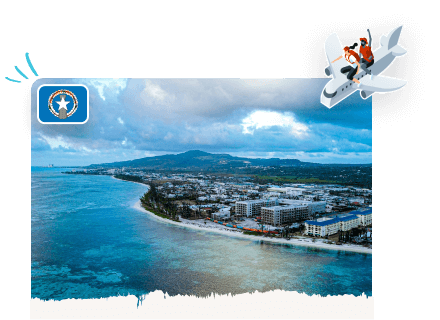