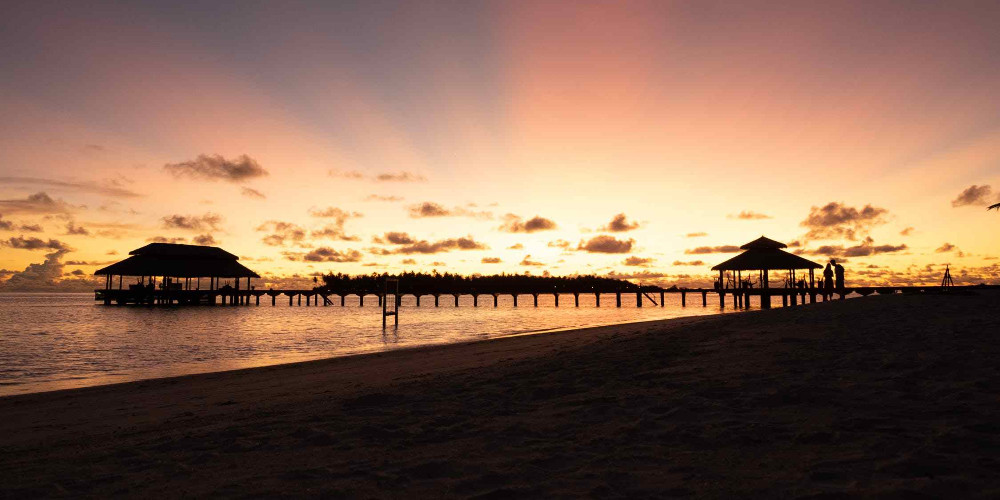 Do you know Roseau is the capital of what country? Meet Roseau city, dear friends! It is the capital of Dominica, but you will probably ask, "where is Dominica?" -  so it is a country located in the middle of the Lesser Antilles archipelago in the Caribbean Sea. Dubbed the "Island of Nature", Dominica is one of the few places in the region that is not famous for its beaches. Instead, this magnificent gem offers an Instagrammable landscape of virtually untouched tropical and mist-shrouded cloud forests, majestic mountains, sparkling lakes, and numerous spectacular waterfalls with idyllic jungle pools at their foot. This quaint city is a picturesque array of 18th-century French architecture and is small enough to be easily explored on foot. Here time loses its meaning, and you find yourself in a magical world in which there is something to see. The oldest part of the city is located around the Old Market Square, the former slave market, and it is a busy artisan market for cruise and other visitors. The old post office building now is the Visitors' Information Center and the Dominica Museum. So you can find a small collection of artifacts tracing its history. Such a paradise can also boast of its Instagrammable places, so let's give it the same opportunity.

Dominica is exceptionally rich in natural wonders, and one of the most impressive examples of this island is also the most easily accessible. Just five kilometers from the capital, Roseau, Trafalgar Falls gives you not one but two cascades, known as "Mother" and "Father". The waterfall is located on the edge of the national park, and its beauty can be seen in a few minutes after you start your trip there. There you will find an observation deck, from which you can immediately take an important picture of the Mother and Father falls. Photos that will go straight to the list of "Roseau's Instagrammable places". It takes a little more walking to get to the smaller Mother Falls. There is a magical swimming hole at the base where you can cool off while the jungle vines hang down from above. The Father also empties himself into the pool after diving almost 40 meters, but this time the water in it is hot sulfur. Such mineral-rich waters have healing properties. Whether or not it can benefit you, bathing in such a magnificent natural environment as sunlight filtering through lush tropical greenery is exceptionally magical.

The small island of Dominica, despite its size, is home to three national parks. The main jewel of the beauty of nature is Morne Trois Pitons National Park. The closest park to Roseau covers most of the island's southern part with pristine primeval rainforests, dense with blooming orchids and tall ferns, which gradually turn into a steaming cloud forest. The land rises, and the Roseau weather is shrouded in fog. The entire area where is Dominica located is still shaped by its geothermal activity, which gives rise to a number of natural and spectacular phenomena and volcanic features, such as boiling lakes, hot springs, and geysers, all of which can be seen in this national park. Hiking through the park's trails will give you access to sensational attractions, as well as plunge into the lush jungle scattered around with high peaks, cascading waterfalls, scenic lakes, and crystal clear mountain streams.

A short walk from the cruise ship terminal, the Old Roseau Market is a cobblestone square where slave auctions were held in the 18th century. Today, its market vendors offer some local products such as mango, guava, spices, essential oils, souvenirs, and handmade jewelry and crafts. It is a favorite place for tourists and lovers of historical sites. There are many market stalls in the market, all of them sell similar things, and most of them are for tourists. Sellers are always engaged in their activities, even if there is no cruise ship in the port. There are the usual tourist things like shirts and hats. There are also bamboo napkins, locally made baskets, and spices. In a small market, it is quite possible to take a few photos filled with local colors.

The Fort itself, built-in 1699, has been at the center of the history of Dominica for several hundred years. Travelers from all over the world have stayed within the Fort's walls from the very beginning, living in the same breath-taking environment as the current hotel guests. Fort Young is a three-star hotel with a historic atmosphere and the most famous name in the quality hospitality services in Dominica. Fort Young combines traditional elegance with a breathtaking view of the ocean. To visit here means to earn some more photos for Instagram, as the situation and the view contribute to this in full.

At the foot of the green Morne Bruce Hill, about 50 meters from the Roseau River, is the Dominica Botanical Garden. It is a giant park to the north of the city. Despite the terrible damage caused by Hurricane Maria, it contains several mature banyan trees, century-old palm trees, and an impressive baobab tree with many flowering tropical shrubs. It is a great place for walking and picnicking, as well as photoshoots. The Botanical Garden is located at an altitude of about 20 meters above sea level. The Roseau weather annually accounts for about 218 cm of precipitation, creating favorable conditions for growing a wide variety of tropical plants. The idea of creating botanical gardens was conceived in 1889 by the British crown government, and the capital of Dominica was immediately chosen as the place for them. The gardens are divided into two separate parts: the decorative and another part of the garden dedicated to the research and reproduction of plants of economic importance.

Windsor Park is a multi-purpose arena in Roseau, Dominica. The stadium is the main venue for cricket games and is of national value. It was donated by the Government of the People's Republic of China to the Government and people of Dominica and had a $ 17 million value. Other uses include hosting the World Creole Music Festival, the Calypso Competition finale, and the Miss Dominica pageant. The stadium is located among the hills and thickets that continue the park and outside the games area. Windsor Park is also the most famous holiday destination in Dominica, named after the city of Windsor, England.

The next addition to our list of "Instagrammable places of Roseau" will be – the country's statehouse. The Commonwealth of Dominica now has a new State House, which houses the Office, the President's residence, the Electoral Commission, the Public Service Integrity Commission, and the Public and Police Service Commission. This building paints the streets of the city with its majestic view and serves as a good background for photos. Construction of the statehouse, worth $ 27 million, began in May 2011 and was built by a Shanghai Construction Company. Two new buildings were built; one houses the President's residence and office, and the other houses the commissions. The Office of the President was relocated from its former location in Morne Bruce on 17 March 2014. The President and his family also moved into the residence on this date.

This hill was named after James Bruce, a captain in the Royal Engineers who designed many of Dominica's forts in the 1700s. Morne Bruce, or, as it is called by the locals, Morne, is located on the eastern side of Dominica, in the capital Roseau. From the top of the Morne, you can enjoy a bird-eye view of Roseau and the Caribbean Sea. This place was once home to the military garrison that defended Roseau. One of the old canons is still located on this site, next to the giant cross (Cross of Morne), erected in the 1920s. Tourists are happy to view these relics, learn about their origin and take many of the most liked Instagram photos, both with the relics and in front of the city view. Most people choose the road to reach the summit of Morne Bruce. However, if the Roseau weather is good, there is a more scenic route' up the old footpath known as "Jack's Walk". This 20-minute walk can be considered a "scenic route" and is a popular destination for cyclists.

The beach is very Instagrammable, with black sand and clear water. It's great for sunbathing, family picnics, and naturally taking the most liked Instagram photos — one of the few public beaches to be found on this side of the island. Dark sand and a good place for swimming are the main reason for the congestion of those who want to. While in the water, you observe the beauty of the volcanic mountains surrounding this bay. It is very safe for swimmers of any level of training. After a swim, you can relax under the palm curtains.

It is located on 19 Castle Street, in an Instagrammable old building that rises majestically in the historic French quarter of Roseau. The restaurant, which features high-quality local Creole cuisine, also serves fine wines, spirits, and liqueurs to create a charming dinner experience. All this is presented in a beautiful setting of the restaurant with rich decor and excellent service. The restaurant is excellent, decorated in an international style, and has beautiful decor. All this will recreate the perfect setting for creating a few shots over dinner in a beautiful setting. According to the owners: "The Great Old House is a great choice for yacht captains, crewmembers, experienced travelers and amateurs, with its gorgeous, modern, relaxing interior in natural tones, uncompromising service, and method of preparation."

Almost the entire island, where is Dominica located, is under the Catholic influence of the faith. Hence the inherent traditions and attributes of religion, cathedrals, and churches are no exception. The Roman Catholic Cathedral of St. Patrick is easy to spot because it is high in the center, where the capital of Dominica begins. It is very remarkable that inside the cathedral looks very ordinary and decent. Although from the outside, it looks like a classic cathedral with an old stone facade. And it gives the impression that the church has been here for many years. Although this is only a plus for those looking for Instagrammable places of Roseau, the appearance of the cathedral is suitable for interesting pictures. Just like in any other church, Mass is regularly held here, and the time of their holding is indicated outside. Regardless of your nationality, you will always be warmly welcomed at Mass.

is located in the center of Roseau, the capital of Dominica. It features various artifacts, photographs, and paintings related to the traditions, culture, and history of Dominica. Tourists can also see ancient musical instruments, birds, and animals here. The museum, though small, is very informative. The building itself and its surroundings have some historical significance. Although tourists often bypass this nondescript museum and lose sight of it, it is perhaps one of the most authentic history treasures in the Caribbean. Guests will be delighted with the unique and rich information material that the creators managed to pack into this building on the embankment. These are maps about the volcanic origin of the country and stellar geomorphological features. After all, Dominica is a "Nature Island of the Caribbean".

Topics
Apply for any visa in two clicks!
Cities
Do you want to get a Dominica visa easily?
Get your visa now 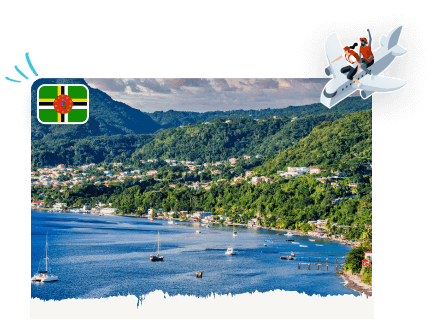