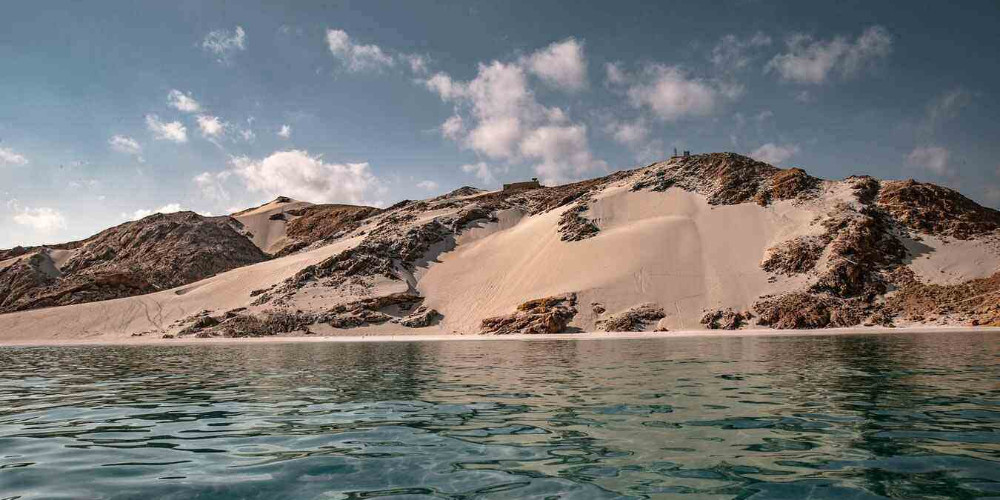 The largest city of Yemen, Sanaa, sprawls over a mountain valley. It is by far the closest to ancient Arabia when compared to other middle eastern countries. Are you in search of a city with deep historical significance? Then the city of Sanaa is probably what you fantasize about. However, it is a fact that political and civil unrest prevails in the city and is often a hindrance to any casual traveller who wishes to visit. You could quite likely hear airstrikes nearby and also be cut from electricity and water while here. Nonetheless, the beauty of the city of Sanaa has managed to create a positive spin on the perceptions of travel safety.  Believe it or not, there are some amazing Instagrammable places in Sanaa! So, wondering how to find Instagrammable places in Sanaa? Keep reading as we tell you about the best Instagrammable spots which could most likely be the reason for your most liked Instagram photo!

1. Discover the Old City of Sanaa

A visit to the 2500 years old city of Sanaa, is sure to make your travel to Sanaa worthwhile. Situated at an altitude of 2200m, the view from this city is a magnificent sight indeed. There are around 103 mosques and over 6000 houses in Sanaa that are all built before the 11th century. The homogenous architectural ensemble reflects the influence of early Islam. Buildings demonstrate extreme craftsmanship. The old city of Sanaa is an outstanding example of traditional Islamic human settlement and is also associated with civilizations of the Bible and the Koran. The partially preserved wall around the city is a monumental figure. The old city of Sanaa is preserved as documentation of the authenticity of the Islamic world and related traditional socio-economic activities. It is a UNESCO declared world heritage site and undoubtedly one of the best Instagrammable places in Sanaa.

This modern mosque in Sanaa is a stunning example of Yemeni classical design incorporated with Arabia's detail to perfection. The Saleh Mosque is the largest among all the mosques in Sanaa and an impressive landmark that is also one of the perfect Instagrammable places in Sanaa.  Inside the mosque, you will see the beautiful interiors laden in black basalt stones and limestone in red, white, and black- a stunning backdrop for the potentially most liked Instagram photo of yours! The interior hall is massive and comes equipped with wooden roofs in Yemeni design. There are five intensely decorated domes and plenty of hidden nooks that are all equally Instagrammable! A good idea would be to visit during the early hours of the morning when the sun shines through the coloured glass.

One of the greatest spectacles of old Sanaa, this souk is a must-visit on your travel to Yemen. The name translates to "the salt market", but has plenty to offer other than salt itself! You can buy spices, food, artefacts, traditional and modern clothes at this Souk. A visit to the Souq al Milh is a unique experience that can be made memorable with pictures clicked from all the Instagram worthy spots! The souk is an integral part of the culture and one of the first answers for How to find Instagrammable places in Sanaa. The Yemeni Jambiya is a dagger that is carried by men and is also a good souvenir to buy from the Souk.

The Bab al Yemen is a historical monument that is also the official gateway to the old city of Sanaa. This old and famous place is one of the most popular spots in Sanaa and is also very crowded in the mornings. The old-fashioned buildings and the walkways make it easily one of the best Instagrammable places in Sanaa. From ancient masjids to old homes, there is plenty to explore here, and also to shop. The 1000-year-old Bab al Yamen (gate of Yemen) is one of the most ornate monuments in the country of Yemen.

Your travel to Yemen would be incomplete without a visit to the great mosque of Sanaa. A part of the UNESCO world heritage site of the old city of Sanaa, this mosque holds great grandeur in its architecture and history. This ancient mosque was built in the seventh century and has undergone many renovations since then. It will be a great backdrop for Instagrammable pics and hence, is definitely a must-visit while here. According to authentic Islamic scriptures, the Prophet Muhammed is said to be a part of the planning and construction of this mosque.

The stone house or the rock palace is a former palace located in Wadi Dahar, Sanaa. The Dar Al Hajar was built in the 1920s as a summer retreat for the ruler of Yemen. It was home to the royal family till the Yemen revolution of 1962. Pose yourself in front of this spectacular 5 storied palace built on a rock pinnacle and prepared to get one of the most liked Instagram photos on your feed! This middle eastern style palace is literally a tall castle that is as impressive in architecture as is to be explored inside. Built atop a natural rock spire, this magnificent construction is a photographer's dream to be captured!

Located in the governate of Al-Mahwit, the district of Shibam Kaukaban has many interesting towns to visit. It is located at the summit of the Jebel Kawkaban and can be reached about an hour west from Sanaa. The Qat plantations en route to Shibam Kaukaban is indeed an Instagrammable sight. The rocky landscape and the cliffs and caves offer an excellent backdrop for a vintage style most liked the Instagram photo! Shibam Kaukaban has several places to see, wander, and create memorable experiences.

Wondering how to find Instagrammable places in Sanaa? The city of Amran is a pit stop for you then! A small city in western central Yemen, Amran was formerly under the Sanaa governate. You can find traditional mud-built houses and remains of carved stones on temples and palaces that speak volumes of the glory of this Instagrammable place. Amran has traditional buildings constructed using the ancient technique of zabour. In this method, the walls are built of adobe on a stone foundation. The very linear earthen architecture has a futuristic look and would look great in Instagram pictures.

Khat is a flowering plant that is said to contain a stimulant that is also a mild narcotic. The use of Khat is considered a part of the tradition in the culture of Yemen. You can see both men and women chewing Khat leaves in Sanaa. One of the main agricultural resources is from the cultivation of the Khat tree. They also form for a great Instagrammable picture! The age-old Yemeni crop of Khat is grown in terraced platforms although there are several restrictions tied to its cultivation.

The Dhofar mountains are located on the border of Yemen and Oman. Make your travel to Yemen interesting by hiking up this dramatic and specular landscape. You can find frankincense trees and other cultivations sprawled along the mountains. A splendid sight indeed! The rugged landscape and the greenery (typical of the Kharif season) offers an excellent Instagrammable ambience.

11. The National Museum of Yemen

The National Museum of Yemen in Sanaa was founded in 1971. On your travel to Sanaa, if you wish to explore the traditional history of the place in depth, then this is the spot to be! It was originally started in one of the Yemeni imam palaces and was later moved to a nearby building called the Dar Al-Sada or the Palace of Happiness. All parts of the museum are equally Instagram worthy and worth a click! Other notable museums are Yemen's military museum and the Seiyum museum.

12. A nice place to stay in Sana'a, Hotel Arabia Felix

The Arabia Felix is a well-known hotel in the city of Sanaa. Located in Old Sanaa, the hotel has rooms that overlook the UNESCO heritage city. You can get some amazing pictures shot from your room itself! It may not be one of the poshest in property compared to its counterparts in Sanaa. However, if you are looking for an affordable and decent stay at an Instagrammable location in Sanaa, then the Arabia Felix is a good choice indeed!

Apply for any visa in two clicks!
Topics
Cities
Do you want to get a Yemen visa easily?
Get your visa now 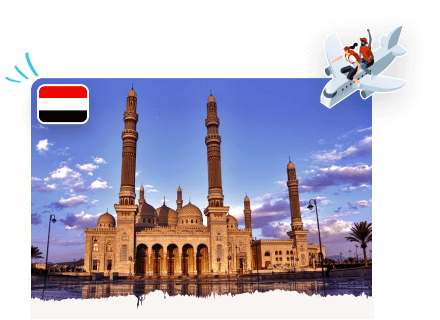