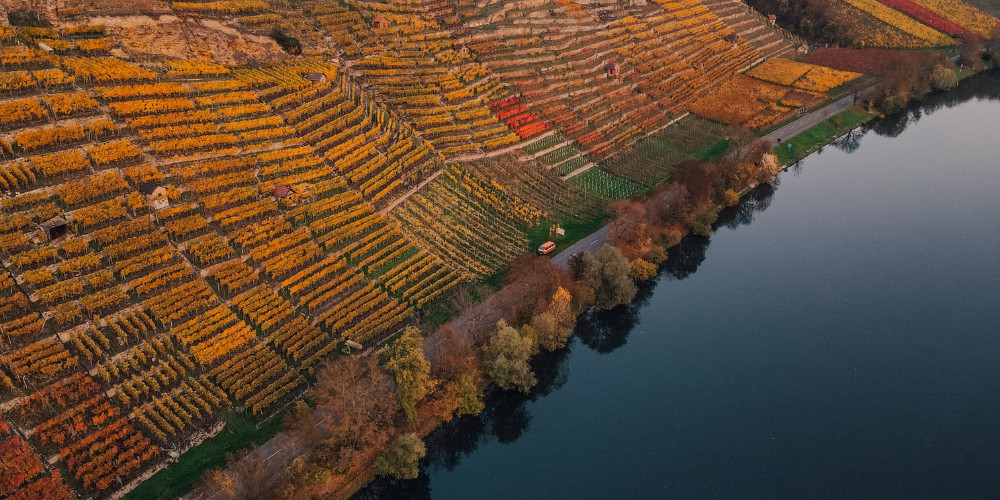 Our trip today will be to one of the hidden tourism gems in Europe. Whenever someone says they have been to Germany, they have likely visited famous cities like Berlin, Munchen, or Frankfurt. However, today, our destination will be Stuttgart, a beautiful town located in Germany's southwestern part. Where is Stuttgart located exactly? The city stands between the Black Forest to the west and the Swabian Alp to the south. In the area of Bad Cannstatt, there were prehistoric settlements and a Roman fort, but Stuttgart began as a Stuotgarten, a Gestut, or stud farm, built about 950. The city is generally recognized as the leading commercial hub in the country and housing headquarters to two significant vehicles manufacturers. Stuttgart has everything that tourist needs, couple of impressive art museums, two-car museums that will take your breath away, one of the top zoos in Europe designed for both you and your children to get the most out of the experience, sumptuous palaces. It is also worth mentioning that the city also has one of Germany's biggest Christmas markets during the winter season. Its town has a population of 634,830, which makes it Germany's sixth-largest city. The city's administrative zone is home to 2.8 million residents, and its regional area has 5.3 million people, making it Germany's fourth-largest metropolitan area. Now that we answered your question of "Where is Stuttgart?", it worth mentioning that this time we will not be talking only about places to visit in Stuttgart or what to do in Stuttgart because our main goal will be to find the best places for your Instagram pictures. So, here are the 12 Instagrammable places in Stuttgart!

Our first stop during our travel to Stuttgart Germany will be Schlossplatz. The biggest square in Stuttgart Mitte is Schlossplatz, home to the Neues Schloss, which was built in 1746. It was used as a military parade ground from its establishment until the mid-1800s and was not open to general public use. The opposite side of Königstrasse is the pedestrianized shopping street of the area, one of the longest and greatest shopping districts in Germany. It stops at the huge Hauptbahnhof, the Stuttgart railway station and a symbol of the early modernism of Germany. With the rich history of your captions and beautiful architecture as a background, the palace is a must-visit while travelling to Germany.

What to do in Stuttgart for art-lovers? This outstanding art museum was opened in 1843 and is now partially set in its original Neoclassical building. The architect James Stirling helped lift the museum's image with an innovative postmodernism expansion in the 1980s. The newest annexe houses paintings by Matisse, Picasso, Salvador Dalí, Franz Marc in the 20th century. The original building is packed with painting and sculpture up to the 1800s, with a special interest in masters including Rubens, Rembrandt and Hans Memling of the Renaissance and Baroque. So, if you want to decorate your Instagram feed with worldwide known paintings, make sure to visit Staatsgalerie during your time in Stuttgart.

We will not be making any mistakes if we say that this museum is one of the best places to visit in Stuttgart. The car invented by Carl Benz in 1886 is honoured by the Mercedes-Benz Museum in Stuttgart: it relates its history and shares its tales, keeping both alive by setting them in the context of information systems, day-to-day life, social history and popular culture. The main characters involve more than 160 cars of all sizes. They range from some of the oldest cars ever produced to legendary race cars and vehicles for futuristic science. The museum celebrates that in more than 1500 displays spanning nine floors, over 130 years of automotive history bring the invention and development of the car into the context of the technology, everyday life, and culture of each age. Who knows, maybe your next most liked Instagram photo will be taken in this museum!

After Mercedes one, we are heading to another car museum that should not be missed during your time in Stuttgart. Ferdinand Porsche was born in this building in Liberec in 1875. Ferdinand Porsche's engineering spirit is at the heart of the exhibition. Starting from the location where everything started. Here, the visitor may choose whether to continue with the business's history before 1948 or go straight to the main display area that chronologically reflects Porsche's product and motorsport history. The "Porsche Concept" section, which forms the backbone of the show, links both regions. The Porsche Museum offers, as a living car museum, various special exhibits on unique subjects or significant anniversaries. As a result, daily exhibitions are altered, and tourists often have something new to explore. In conclusion, no one can deny that visiting this museum is one of the best things to do in Stuttgart.

Our next Instagrammable place in Stuttgart will be the first tv tower in the world. The 217-meter-high tower has been defying the wind and nature for 60 years now. Many Stuttgart residents doubted whether the first-ever reinforced concrete tower would hold up. The Stuttgart Television Tower was officially launched on 5 February 1956 after a construction time of 20 months. It has become a model that was replicated all across the world. With the idea that it might become a tourist attraction and a transmission tower, Stuttgart engineer Fritz Leonhardt suggested innovative building materials. It soon became one of the most visited spots in the region. Travel to Germany can be complete without you visiting the first TV tower in the world!

The massive and lavishly decorated Ludwigsburg Palace is one of Germany's largest and most elegant Baroque palaces situated north of Stuttgart, in the small town of Ludwigsburg. Duke Carl Eugen of Wurttemberg wasted no-cost decorating his private residences here, designing and building the great fresco painter Matthaus Gunther to decorate the walls, and papering the dressing rooms with wall coverings made by hand. The grand Marble Hall is a standout, with beautiful chandeliers and its fresco ceiling of clouds against blue, giving the open sky's appearance. A galleried confection designed for the duke in 1757 is the oldest surviving palace theatre in Europe.

What to do in Stuttgart for history lovers? The Wurttemberg State Museum is the oldest historical museum in the German state of Baden-Wurttemberg, part of Wurttemberg. The "Kunstkammer" of the dukes, later rulers, of Wurttemberg who lived in Stuttgart, originated from the 16th century. It was founded by King William I in 1862 as a museum. The principal site of the museum is the Former Castle in Stuttgart. The adjacent granary and the Current Castle cellar also contain parts of the array and the Castle of Waldenbuch outside Stuttgart. A whole selection of archaeological treasures and a remarkable array of medieval art are displayed at the museum. It also contains the old army inventories and museums of production. The dukes also purchased three of the museum's most precious possessions for their chamber of art: two of only four surviving Aztec feather shields from before 1521 and the oldest preserved card game.

Currently, Wilhelma Zoological and Botanical Garden are one of Germany's largest zoos with more than two million annual visitors, first developed as a private royal resort for the Swabian King Wilhelm I. The buildings were designed in the Neo-Moorish style, which in the mid-19th century was popular with European royalty, and set among gardens in a wide, green garden. The way the specious historical structures have been refashioned as the setting for plants and animals, and how these two have been combined is among the many aspects that make this zoo and botanical garden so excellent. For starters, a combined animal and plant house is now home to the Moorish Villa. The enclosed walkway lined with decorated terra cotta, the Belvedere Pavilion above the Sub Tropics Terraces and the Damascene Hall is also in use.

Another one of the top places to visit in Stuttgart is this castle. The Isolation Palace is a Rococo chateau and hunting resort commissioned by the Duke of Wurttemberg, Charles Eugene. The east wing is made up of guest lounges, including two halls and four cabinets. The Assembly Room, painted blue and lined with more golden stucco, is the first room and occupies the house's whole width. The Music Room is outside, painted white and decorated with mirrors by court painter Adolf Friedrich Harper. You can walk outside across the manicured gardens and along the Solitude Allee, a large tree-lined avenue commissioned by Duke Carl Eugene that spans more than 13 kilometres between the Solitude Palace and the Ludwigsburg Palace.

The broad glass cube of the Kunstmuseum Stuttgart's bold architecture stands in direct contrast to the palaces and other structures. But for an excellent array of contemporary and industrial art, its glass exterior and white limestone interior walls are a suitable home. In its 5,000 square meters of exhibition space, the lean, straight lines, open spaces, and discreet indirect illumination of the exhibition galleries emphasize the bold photographs and striking colours of Modernist works on show.

The town of Esslingen is just about 17 kilometres east of Stuttgart. It feels millennia apart. Its location at the point where historic trade routes crossed the Neckar River was reinforced early in the medieval period by constructing two bridges. It became a major trading centre, defended by a hilltop castle, whose castle walls and towers can be explored for Instagrammable views of the old city and the lower Neckar.

It is a long climb up the Eugenstaffel, a large flight of stairs that starts next to the State Art Museum, leading to the lovely Eugensplatz park and scenic views. Below are large walkways that lead down a hillside of greenery and a stair-stepped waterfall that splashes its way through the park through the middle.