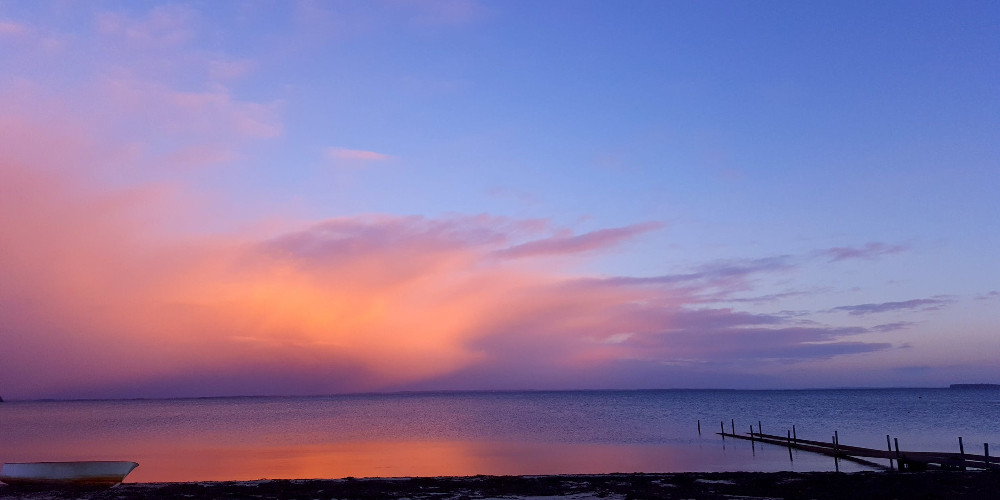 12 Instagrammable places in Wallis and Futuna

3. Coral Reef of the Islands

4. Nature of the Islands

This time we are discovering one of the hidden gems of the Pacific Ocean, the Wallis and Futuna. Surprisingly enough, it was the last overseas territory to join the modern French republic. The area has a total population of 11 562, with two-thirds living in Wallis and one-third living in Futuna.

But where is Wallis and Futuna located? Even though currently the islands are part of France, Wallis and Futuna are situated about 16,000 kilometers from mainland France in the heart of the Pacific Ocean, right in between New Caledonia and French Polynesia. And when it comes to the climate, it is just amazing! Wallis and Futuna have a warm and humid tropical marine climate. Throughout the year, minimum and high temperatures fluctuate around 22 ° C and 32 ° C. In a word, it is a dream destination for tropical island lovers.

However, now that we answered the question of where is Wallis and Fortuna? We can move on to the main goal of this article: Instagrammable places! We will be talking about 12 spots that you have to come to with your selfie stick, blogger kit, and the best camera!

During your time in Wallis and Futuna Islands, make sure that you do not skip visiting this lake. Lalolalo is a volcanic crater lake in the Pacific, which is surrounded by dense tropical rainforests to the southwest of Wallis Island.

The lake is also described as circular, 30 meters high with vertical red walls, rendering the pea-green water basically impossible to get to. Meanwhile, others say that its actual depth at 76 meters is much less than it is usually believed to be. But the main interest for tourists are tropical birds and flying foxes occupying the nearby jungle, which frequently fly low over the lake, and there is no chance that you might miss taking most liked Instagram photos of them and even if you are lucky enough a picture with them too. So, no wonder why this lake is on top of our Instagrammable places in Wallis And Futuna.

With 145-meter height, Lulu Fakahega is the highest point of Wallis Island, which is simply saying riddled with lakes and craters that just add extra beauty to this natural phenomenon. On top of the mountain sits a small chapel, and on a less cloudy or foggy day, you can enjoy breath-taking and picturesque panoramas of the endless ocean and jungle.

3. Coral Reef of the Islands

Wallis and Futuna Islands are especially known among their visitors for their magnificent body of coral reefs that makes you feel like in a fairy tale. Quite shockingly to me, apparently, in reality, Wallis’ coastline is completely “occupied” by coral reefs that provide a lagoon. And which afterward provides a colorful background for your new most liked Instagram photos. However, Futuna Island is also proudly hosting meters of shallow fringing reefs alongside its water borders.

4. Nature of the Islands

Different from other tropical holiday destinations, Wallis and Futuna Islands remain relatively unchallenged by the rising tendency of global tourism. I bet you all are thinking now of clean beaches and empty hotels; however, during your travel to Wallis and Futuna, you will also get to experience scenery that includes exotic flowers, mango and papaya trees, coconut palms, and pine trees, and even tropical jungles with waterfalls. Honestly, it sounds like heaven to me!

Moving to another mountain that caught my attention, we will talk about Puke, which is, basically, surrounded to the west by the mountains Kafua and Kolofutafuta. Mont Puke is the highest point on the island of Futuna, with a height of 522 meters above sea level. Mont Puke is regarded as a sanctuary for the goddess Finelasi, who is the guardian of Futuna Island, too. Also, very close to the mountain, there is a village that, thanks to the women of established island families who make straw hats and crafts from palm fronds, the two-street fishing settlement of Corossol is also dubbed the “straw settlement” along the western shores of the island.

I am, personally, a big lover of history, and one of the must-do things for me during a trip is to dive into both culture and the history of the country that I am in. So, if you are just like me when it comes to properly discover the spot you are visiting, then the Tonga Toto site is a perfect destination for you while traveling in Wallis and Futuna Islands.

It is assumed that Talimetumu, which is located on Wallis Island, was a Tongan settlement founded around the 1450s. The castle, for mainly defense purposes, was enclosed by a large stone wall that you walk around even today during your time in Wallis and Futuna Islands. It is also worth mentioning the fact that, right now, you can also visit some well-preserved constructions that date back to those times and indicate the history of the island, as well as a central stone stage where the king of the islands had court gatherings. Who does not love historical monuments on Instagram, right?

Another impressive Instagrammable place in Wallis and Futuna Islands is the Church of St Joseph, which is dating back to the late 1800s. Black volcanic rock and white calcareous coral, this church is intricately painted inside with local motifs, and I mean both, the walls and ceiling carry beautiful Polynesian paintings and designs. You may also visit St. Pierre Chanel’s Shrine in Poi.

If you are just a little bit obsessed with food photographing as I am, then travel to Wallis and Futuna is a great chance for you to occupy your memory with Instagrammable food pictures. There are many ways for visitors to eat yummy, organic food either grown or captured in the Wallis and Futuna Islands. There is no way that you can miss the opportunity to try some fresh seafood, sweet potatoes, strawberries, croissants; I mean, no matter how far the islands are located from Paris, no one can deny the French influence here.

Another church that you should definitely visit while you travel to Wallis and Futuna. You can find the tall church of Pierre Chanel near quiet villages. It is built in honor of the first and only Catholic saint of Polynesian islands. Also known as Petelo Saineha Church, it is regarded as one of the island’s most popular tourist spots.

Horne Islands was named after the first Europeans to reach the islands in 1616, the Dutch navigators Willem Schouten and Jacob Le Maire. It was named after Hoorn, the Dutch city from which the expedition began. The island is part of the Wallis and Futuna. I would say it is the tropical island at its best, with jungles, beautiful birds, and animals accompanied by luxury hotels and sandy beaches that will make you want to come back summer of every year of your life. I am pretty sure you can already imagine your new blue and yellow Instagram feed after you travel to Wallis and Futuna, as the place is literally full of Instagrammable spots in every corner.

During your time in Wallis and Futuna Islands, make sure you book a tour to one of the oldest places on the whole island, the historic destination in Wallis, which is known as Le Toagatoto, among both visitors and local people. But what makes the places this specific and important to pay a visit to? Well, the answer is quite simple as this location is renowned for being the battleground of the Tongan-Wallis army war, which is one of the most important historic moments in Wallis and Futuna’s history, besides relationships with French colonizers.

Instagrammable Wallis and Futuna at their best! While this coastline is not popular for swimming due to the murky water, it is comparably less crowded and just perfect for walking around; however, even the most reluctant tourist can be impressed by its breathtaking scenery. In short, it is a 35-kilometer circuit that goes across the Lalolalo crater lake that we mentioned above, flanked by stunning cliffs, as well as Vailala, a fishing village on the northern parts of the Wallis and Futuna Islands.