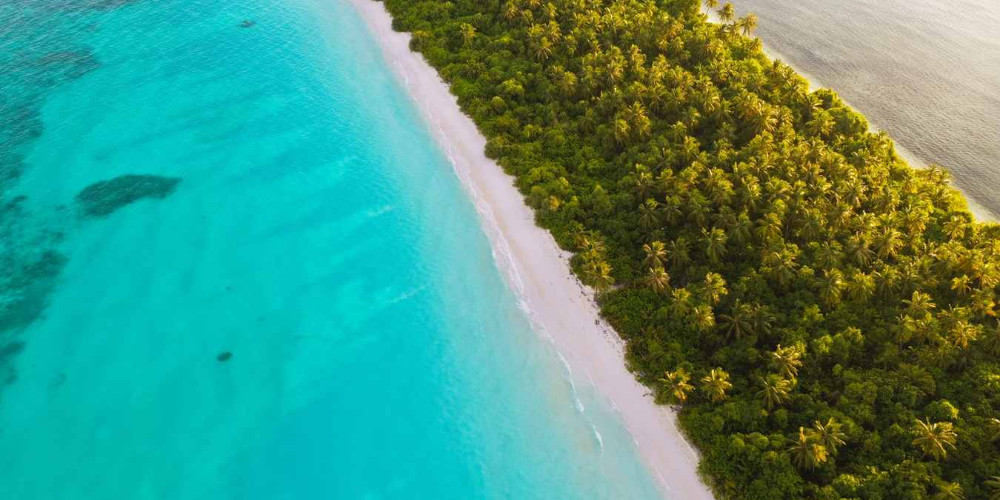 Have you ever thought about a trip to exotic islands dominated by a tropical climate? What about the islands you've probably never heard of before? What about travel to Wallis and Futuna? I am sure everyone would like to have a different experience in Wallis And Futuna, take many photos, and collect unforgettable memories.

1. Where is Wallis and Futuna?

2. The capital of Wallis and Futuna

The tropical climate is effective on the islands that win the admiration of the visitors with their stunning beaches and magnificent sea. A very hot climate welcomes us between November and April, while cool and dry weather conditions are encountered between May and October. Annual precipitation averages on the island between 2500 and 3000 mm. The humidity in the region is around 80%, and the annual average temperature is 26.6°C. The highest point of the island community is Singavi hill with 765 meters. The trees on the islands covered with dense trees and forests are also one of the most important sources of income for the island people.

How about compelling places to see when we travel to Wallis and Futuna?

Mount Lulu-Fakakhega, Mount Puke, Coast of Wallis Island, Alofi Island, Coast of the island of Futuna, Ancient fortress city Talietumu, Archaeological site of Tonga-Toto, Church of Saint-Joseph, Church of Saint-Pierre-Chanel in Poy, and Cathedral of Mata-Utu are great places to get familiar with their culture, history, and nature.

We also have a list of entertainment that you will not know how time flies.

Dive into the salt lake in Lalolalo Crater

To the northeast of Futuna is the 77.6 sq. km. Its highest point is Mount Lulu (151 meters). In the southwest, five crater lakes emerged from the collapse of old calderas. The largest lake is Lalolalo (400 meters in diameter, 80 meters deep).

Build Muscle on the Nukuteatea Pie

If there is no boat to take a ride to the islets opposite the main islands, it is quite possible to get there by traditional pirogue with the help of the wind. Passengers can also take part and, in the event of dead calm, get on the pedals.

Meditate in the Loka cave

You can only get to the paradise island of Alofi opposite Futuna by boat. Then you will have to walk for an hour and a half or two to the Loka. This is a must-see place when you travel to Wallis and Futuna.

Drink evening cava with the Wallis and Futuna people

Kava is a drink made from the roots of local plants and served during political or religious ceremonies. Ten minutes after taking it, heart rate and breathing slow down, thoughts seem clear, and a feeling of well-being arises. For several hours, kava drinkers appear calm and contemplative. Note that in mainland France, it is prohibited.

Catch the rhythm of soamako

During the traditional soamako, families gather to perform songs and dances together, including niutao, katloa, saomako, and the kava dance, where synchronization of gestures is very important! These performances, accompanied by the sound of a tambourine or lali, a Wally percussion instrument, depict long-standing tribal conflicts. Complete exoticism guaranteed.

Take part in the katoaga ceremony

During traditional ceremonies, the population "captures" the entire area. On Wallis, the katoaga are deeply rooted in culture. They are held during religious celebrations, family events, or secular holidays such as July 14th.

Spend time on the deserted beaches of Nukuyone and Nukuifala

Nukuyone and Nukuifala are two islets in Wallis and Futuna lagoon where you can go diving. You will find very few large predators here, but the coral reefs are so good that they alone are worth doing this long journey! There are also excellent beaches where you can indulge in idleness...

Enjoy a sailing trip in the waters of the lagoon

Of course, you can rent a sailboat to sail around Wallis and Futuna and visit the neighbouring islands. Better yet, do it aboard a six-seat Polynesian waa pie with a balance bar to maintain balance. The boat is oars, and the helmsman directs it.

Experience the multicolour nature of Wallis Lagoon from an ultralight aircraft

You can also discover the archipelago during an excursion over the lagoon aboard an ultralight aircraft. If you fly out at the right moment, at low tide, the shades of blue will simply overwhelm you!

One can only marvel at the popularity of this entertainment on Wallis and Futuna, the number of petanque players in the archipelago is simply unimaginable. Playgrounds are arranged everywhere, both along the coast of the lagoon and in the depths of the islands. The population very welcomes the initiative... but it's better not to bet!

6. How to travel to Wallis and Futuna Islands?

One of the most suitable alternatives for transportation to the Wallis and Futuna Islands is to come to Fiji and transfer from here. As it is located at a very distant distance from the most popular locations, especially Europe, You also have the chance to reach the country from Australia and New Zealand by transfer. Transportation between the islands is usually provided by boats.

One of the best things to do in the Wallis and Futuna Islands is to enjoy the magnificent beaches and the sea known for its seductive beauty. You can swim all day in the bays of the islands extending to the endless blue, or you can dive and discover the living life under the sea.

Among the food and beverage options, seafood, and fish alternatives influenced by French culture come first. However, salads and appetizers prepared with vegetables grown on the islands are also very delicious. The country is also the right place to taste many tropical fruits, especially coconut and pineapple. In Wallis and Futuna Islands, you can taste fruit juices prepared with tropical fruits to cool off, and you can try wine alternatives that are usually served at dinner.

There is still no telephone line and internet connection in some parts of the Wallis and Futuna Islands. Therefore, if you are planning to visit the country, keep in mind that you may lose touch with the rest of the world for a while. Isn't it perfect and everything we dream of?

10. Interesting facts about Wallis and Futuna

Last but not least, interesting and very useful Wallis and Futuna facts that would be great to know:

The Best Hiking Route in Wallis and Futuna:

The Best Road Bike Routes in Wallis and Futuna:

The Best Walking Route in Wallis and Futuna:

The Best Off-Road Bike Routes in Wallis and Futuna:

The Best Car Routes in Wallis and Futuna:

The Best Motorboat Routes in Wallis and Futuna: