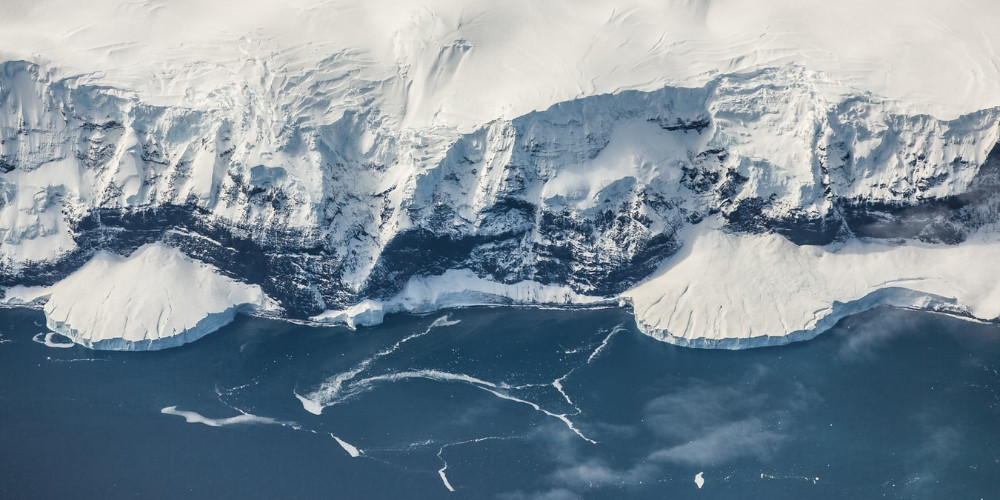 Most interesting facts about Antarctica

How many tourists visit Antarctica each year?

When is the best time to visit Antarctica?

Antarctica has the highest percentage of the world's freshwater

Do people live in Antarctica?

Antarctica was once warm as a tropical nation

Antarctica is home to numerous volcanoes

Antarctica has no land mammals

Antarctica has no reptile population

Antarctica is home to 300 unfrozen lakes

Antarctica is home to pyramids

The 7th continent. In other words - "Antarctica". Located at the bottom of the globe, it's a landmass that is completely encased in ice. Such is its remote wilderness that it's been featured in numerous documentaries - and for this reason, the land seems abstract and somewhat mysterious.

But despite its mysterious nature, Antarctica is and always has been accessible to the masses. So, the following questions are justifiable.

How many tourists visit Antarctica each year?

Do you know what this indicates? That no matter what nation you are from, with so many tourists visiting Antarctica each year, it's sure that anyone can visit Antarctica from anywhere in the world.

After knowing how accessible Antarctica is to the masses, your excitement is understandable - yet a sliver of confusion can remain.

First, you need to reach either Punta Arenas (Chile) or Buenos Aires (Argentina) - these are the two main cosmopolitan cities from where most Antarctic voyages are undertaken.

In the case of Argentina, you will need to reach the port of Ushuaia - it's only a 4-hour direct flight from Buenos Aires. Ushuaia's voyages traverse the Drake Passage - it's a water body that separates Antarctica from South America. Depending on Antarctica weather, the crossing can take anywhere from a day and a half at sea and is a great opportunity to feast your eyes on the majestic wandering albatross.

On the other hand, if you want to skip the Drake Passage, then you can opt to fly out of Punta Arenas, Chile, directly. Skipping the Drake Passage can directly let you have a flight to Antarctica, as the flight lands on an adjacent island to the peninsula. From there, one can board an expedition ship and be in the world of the penguins and glaciers after departing Punta Arenas in a matter of a few hours.

When is the best time to visit Antarctica?

Now that you know how to reach Antarctica, you must be wondering - When is the best time to visit Antarctica?

The best time to visit Antarctica will be from late spring to early fall (in the Southern Hemisphere, it is from October to March). Take note that the season's first voyages commence in late spring (late October or early November) - this is when the sea ice opens just a bit to allow ships into the glacial waters.

The voyages to the continent keep on taking place until the end of summers, and then, the autumn season begins in Antarctica - it arrives in the middle of March.

Yep, there are. It may be the most remote and hard-to-reach location on Earth, but that doesn't mean Antarctica is any less interesting than any other nation. There are so many amazing facts about Antarctica that we can bet that you didn't know before - and this, we can say for certain that you will pack up your bags and land up at Antarctica in only a matter of a few hours!

So, what makes Antarctica different from others? What are some of the interesting facts about Antarctica?

Antarctica has the highest percentage of the world's freshwater

More than 85% of the world's freshwater is locked in Antarctica's vast ice sheet.

Did you know that the ice sheet of Antarctica is the largest on this planet? Amazing. And it covers a range of more than 5 million square miles of plateaus, valleys, and mountain ranges on Antarctica - and due to this, only 1 percent of Antarctica is free of ice permanently.

When it's deep, the ice on Antarctica is 3 miles thick - that is half of the height of Mt. Everest. Just imagine what would happen if it all melted - the sea levels would rise all around the planet by about 250 ft.!

Do people live in Antarctica?

One of Antarctica's unknown facts is that no people live in Antarctica - it doesn't have any indigenous human population. That means Antarctica population of humans is close to zero.

Not only it's remote, but it's inhospitable too, as Antarctica weather conditions are not fit for human survival. So, it comes as no surprise that only scientists and researchers live there on the continent - for research purposes, of course.

Even though no people live in Antarctica, there are many scientific bases scattered around the continent, serving as national research bases - they are enough to support a small Antarctica population of varying sizes, ranging from 1,500 to as small as ten.

Are you aware that Antarctica is not owned by one particular nation? So, who owns Antarctica?

It's one of the most amazing facts about Antarctica.

Signed in 1959 by 12 nations, the continent Antarctica is governed through the Antarctic Treaty System internationally. However, what interesting is that Antarctica has 7 nations with territorial claims on the continent, including Norway, Chile, France, Australia, Argentina, United Kingdom, and New Zealand. The treaty itself entered into effect in 1961, and since then, many other countries have voted for their affirmation.

Antarctica was once warm as a tropical nation

With the temperature going as low as -89.2°C, it's hard to imagine that Antarctica weather was once the same as that of a tropical nation.

Studies have shown that some 80-90 million years ago, the temperature in Antarctica reached up to 25°C. Scientists have found Antarctica's fossils that suggested that Antarctica was once covered by lush and dense forests and even inhabited by dinosaurs!

Antarctica is home to numerous volcanoes

One of Antarctica's most amazing facts is that it is home to many volcanoes, and two of them are even active!

Mount Erebus - located on Ross Island, is the second-highest volcano in Antarctica. It has some unique features such as twisted ice statues and ice fumaroles that form around the gases which seep from the vents near the volcanic crater.

The second active volcano is on Deception Island - it was once home to a thriving scientific station but had to be abandoned due to a volcanic eruption in 1969.

Antarctica has no land mammals

Many people think that there are many polar bears to find in Antarctica - but that is not true. One won't find any polar bear on the continent.

Isn't this one of the most interesting facts about Antarctica animals? However fret not - there is a different kind of wildlife there.

One of Antarctica animals' cool facts is that you will find huge colonies of chinstraps and gentoos, apart from penguins. One of the interesting facts about penguins in Antarctica is that they will always be in groups - imagine what it would be like to feast your eyes on the scene of hundreds and thousands of colonies of penguins all around!

And who knows, if you are lucky, then you can even catch sight of an emperor penguin or two.

Another cool fact about Antarctica animals is that one can see many whale species such as humpback, minke, sperm, fin, and if Lady Luck is on your side, then the blue whale. You can also take a peek at the region's apex predator, the leopard seal, among many other species of seal, and a myriad of seabirds.

Antarctica has no reptile population

That's good to hear. Reptiles are cold-blooded creatures, and thus, they need heat from the environment to keep them warm - that means they need sun and other such warm sources. Since Antarctica is an icy region, no reptiles can survive on the continent. Suffice it to say that Antarctica is the only continent on Earth that has no reptiles.

Antarctica is home to 300 unfrozen lakes

One of the amazing facts about Antarctica is that the continent has about 300 unfrozen lakes!

Surprising, isn't it? Not so much - the lakes in Antarctica are underground, and that's why they are kept warm from the heat that emanates from the core of the Earth. Furthermore, they are of much interest to the scientific community - who knows what unknown organism we can come to hear soon?

Antarctica is home to pyramids

Isn't this one of the cool facts about Antarctica?

We are not talking about the same pyramids that are in Egypt - they are renowned, we know that. There are multiple pyramids in Antarctica, but of course, they are different.

Recently, many pyramid-like structures are found in the region of Antarctica, but the explanation is simple. According to the experts, the pyramids in Antarctica result from thousands of millions of years of erosion, and nothing sinister, like cult practices or involvement of aliens, as many had predicted!

The pyramids in Antarctica are many. Even though they don't have any formal names, they are a few of the peaks that make up the Ellsworth Mountains on Antarctica and were discovered by Lincoln Ellsworth, an American aviator in 1935.

How to travel to Antarctica? A region full of adventure and mystery! Why you should visit Antarctica 10 most meaningful coat of arms in the world

A world filled with words, that's where Priyam wants to reside in. Living in an ethnically diverse nation, India, she has always been interested in travelling. She has been to more than 80 cities, before deciding that travelling has always been her call, and hence, a travel content developer. As a travel content developer, she has been a regular contributor to numerous travel blogs and magazines. When she's not smashing her keyboard for churning out new content, you can find her sipping coffee at her favourite old cafe with the latest travel magazine on her hand and a stack of the same by her side.