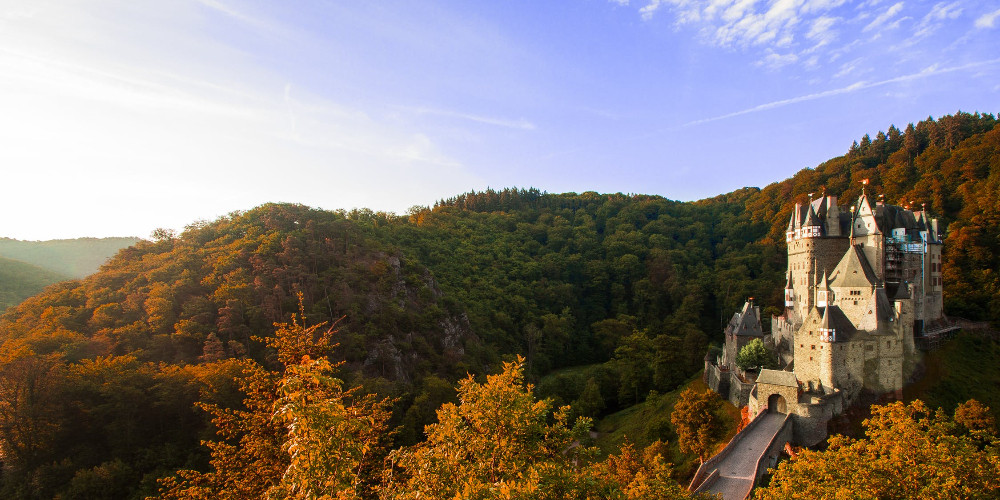 What are the best places to visit in Europe to see the monuments from the middle ages?

The Medieval City of Provins, France

This medieval city is classified as World Heritage by UNESCO. Provins is one of the best places to visit in Europe, France. There is a list of historical monuments which you can visit: The Ramparts and the Fortified Gate, La Tour Cesar, La Grange aux Dimes, Les Souterrains, and its rich religious heritage. The Cite Medievale is also famous for its production of rose candies and its great festival, the Medieval Festival of Provins, which takes place every year at the beginning of June.

It is a unique cathedral for two reasons: it is one of the few cathedrals that faces the sea and has what is considered the largest original Gothic rose window in the world. It is a building whose construction took centuries, so it collects a little of each of the styles that were happening throughout such an extensive period. It is also a good place to see the monuments of the middle ages.

If you are looking for what are the best places to visit in Europe, go to Budapest. In the heart of Budapest, Hungary, you will see the famous Heroes Square. It is the place where you can see historical monuments from the middle ages.

That is where only a few foundation walls stood after the Second World War; the rebuilt Dresden Frauenkirche has been shining in new splendour since 2005. It is one of the best places in Germany to see the monuments of the middle ages.

Durham is among the best medical cities in the United Kingdom. This city is the best destination to see English church monuments in the middle ages. Some parts of the city included UNESCO's list of World Heritage Sites, which makes Durham a more important medieval destination to visit.

Known as the Italian Manhattan, San Gimignano is one of the most beautiful medieval towns in the world. With a World Heritage Site historic center and 14 surviving medieval towers, this Tuscan town welcomes hundreds of tourists every day who are delighted to walk through its streets and try one of the best ice creams in the world.

What are the best places to visit in Europe? I can say that one of them is in Portugal. By walking through Guimaraes, where Portugal was born, you will enter a story in which history is present in all its pages. Being its historical centre is quite small and accessible, with one day you will have time to know all its attractions.

Heidelberg Castle is one of the must see places to visit in Germany and is also popular with international tourists. You can see exhibitions on the castle's history in the preserved part of the castle or go for a walk in the spacious gardens. A special highlight is the castle lighting that takes place every summer, followed by fireworks.

Located in France, the city of Lagrasse owes its history to the ecclesiastical Nimfridius, who, without the approval of Charlemagne, built a monastery and took over its management. The abbey of Lagrasse soon became one of the most important in France. Nowadays, the small town retains a good part of its medieval heritage: the old bridge, the ramparts, the abbey, the ruins of the priories, chapel, and cobbled streets—one of the must see places to visit certainly.

A medieval village worthy of a story, this is how I could define Hallstatt, a medieval town that rests on the edge of a lake and watches over the Salzkammergut district's mountains. Its main square, surrounded by monuments and a facade of vines and flowers, is the icing on a cake that leaves an excellent taste in the mouth. If you have time, explore the surroundings of the town, they are not wasted.

The greatest exponent of the beauty of Wallonia could well be the small town of Dinant, the Daughter of the Meuse, thus nicknamed for resting on the banks of this river. Its gothic Collegiate Church of Notre Dame greets the visitor while turning his back to the cliff, perhaps angry at having destroyed his older sister, a previous Romanesque temple that nature wanted to bury under the rock.

A wall and an endless number of religious buildings give a medieval touch to a place whose name comes from the Greek pyr, which means fire and recalls the bonfires that many centuries ago were lit inside its lighthouse to prevent ships from running aground in the city. It is a beautiful place at the foot of the coast whose most emblematic image perhaps that of Plaza Tartini.

Dubrovnik is an old town with a hundred public buildings, churches, houses, and palaces surrounded by a massive wall bristling with Renaissance fortifications. It attracts local and foreign visitors throughout the year. It is, without palliative, an architectural masterpiece of all time, which fully admits the parallel with Venice or Amsterdam. At dusk and a bird's eye view, wrapped in the West's golden lights and embedded in its peninsula lulled by a splendid blue sea.

It is a charming city, big and small, old and modern, rich and poor, depending on how you see it and the neighbourhood you approach. Declared a World Heritage Site by Unesco in 1997, Old Tallinn is a walled city with lots of medieval, late Gothic, Baroque buildings from the 14th to the 18th centuries. Strolling through the alleys of the centre, you do not have the feeling of being in a city of more than 400,000 inhabitants.

The medieval taste of cheese in the pretty town of Alkmaar is located half an hour-long from Amsterdam. Enjoy it more than any other day on Fridays between 10:00 and 12:30. That day, it celebrates its traditional auction of cheeses that come in barges in the arms of brotherhoods dressed in white. It is a curious sight, worth to see the Netherlands' medieval heritage.

Fredrikstad has the honour of being the only Norwegian enclave that keeps its walls intact. For some, it is the most medieval town in the country. Its moat also stands out, a large defensive hole that, to this day, is still filled with water and giving the town a star shape. Its 350 inhabitants boast of having the best-preserved fortress in Scandinavia. Fredrikstad is the reason to say that Norway is not the best travel destination only for its nature and for its wonderful cities and medieval monuments.

Many people say that Castle Combe is the most beautiful town in England. Its well-kept streets, its charming corners, its honey-coloured stone houses, and a medieval church are part of the reason for that adjective, hard-earned. In the church, you will see typical but wonderful monuments from the medieval ages.

The waters of the Vistula kiss Gniew, the charming Polish town that presides over Ordensburg Castle, a superb fortress built by the Teutonic Order in the 14th century. If you go on the right date, you can witness its spectacular International Knight Tournament, a festival in which men once again ride horses dressed in armour to fight a duel. This city has a real medieval atmosphere to feel you live in history.

Monument to Martin Luther King, US

In Washington, where King gave his memorable speech, the Martin Luther King Monument was one of the most beautiful historical monuments in USA. Opened in 2011, the monument includes a 150-meter-long wall containing more than a dozen quotes from King's writings, sermons, and speeches. In the middle of the monument stands the «Stone of Hope» from which King's thirty-foot-tall profile emerges, arms folded, looking at the horizon.

It is Washington where you can find one of the most important historical monuments in the USA, the Lincoln Monument. It is a large sitting monument of the famous ex-US president inside the memorial building and worth visiting during your trip to the United States.