10 reasons why you should travel to Aarhus instead of Copenhagen 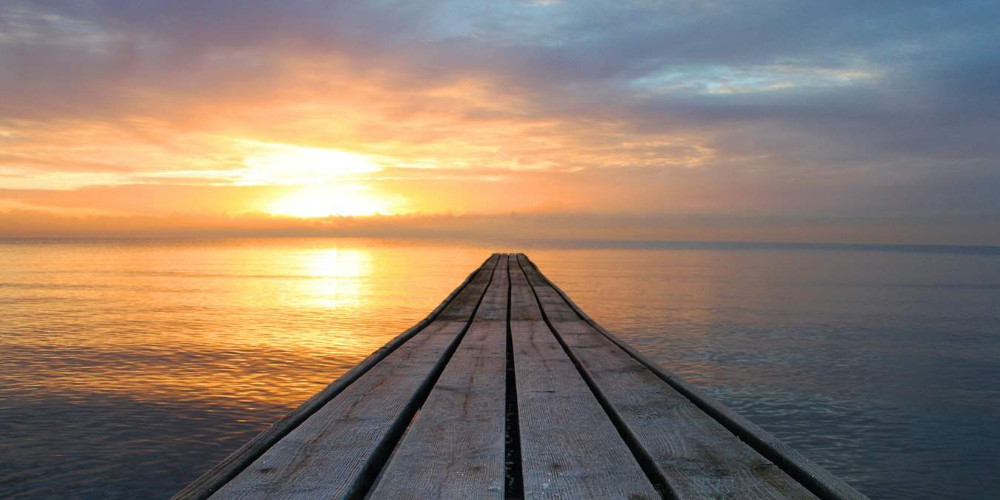 Denmark is not just Copenhagen - the capital of Denmark. The second-largest city in the country, Aarhus, attracts the attention of no less tourists. And all thanks to the well-preserved historical center, numerous museums, palace parks, pubs, clubs, restaurants, festivals. In fact, it is a city-Museum, St-Petersburg, Russia for the Russians. So where is it better to go, to Aarhus or Copenhagen? Let's find the answer to this question. A lot has already been written about the sights of Copenhagen, but Aarhus is still a dark horse on the map of Europe.

How to get from Copenhagen to Aarhus

Although Aarhus has its own airport, many travelers arrive in Denmark at Copenhagen Airport. To get to Aarhus, take a fast train at Copenhagen Central Station. It operates on the route from Copenhagen to Aarhus once an hour during the day. The journey will take about three and a half hours. How to get from Copenhagen to Aarhus yet? Alternatively, take a bus, for example, the international company Flixbus. These buses leave directly from Copenhagen Airport, the journey takes about 4-5 hours. Such a trip will last a little longer than a train journey, but you also need to get to the central railway station, so both options are almost equivalent in time. Only a bus ticket will cost less than a train ticket.

What to do in Aarhus?

Located in the east of the Jutland Peninsula, this cosmopolitan city boasts that its ancient architecture is harmoniously combined with ultra-modern buildings. In Aarhus, the sights are quite diverse. It has an old Danish town that resembles an illustration to the fairy tales of H. H. Andersen, a prehistoric museum where you can meet Vikings and see the most famous citizen of the city, a 2300-year-old man from Grauballe, a park with roe deer and deer taking food directly from their hands, Tivoli – one of the largest amusement parks in Europe, a Viking museum, a women's museum and much more. We have found 10 main reasons why you should visit this particular city.

In Denmark, Aarhus is considered one of the oldest cities in the state, it was founded by Viking warriors in the distant 8th century. The most important buildings are located in the central part of the city. The center itself is quite compact, it is really possible to see it as part of an hour-long walking tour. what to see in Aarhus, historical center? Visit Denmark's largest church, the 12th – 15th-century cathedral, located on the Grand Market Square. It was built in memory of St. Clement-the patron saint of all sailors. The height of the tower of the church is 93 meters, it is even slightly higher than the famous Notre-Dame Cathedral in Paris. Also be sure to find on the map the old town hall, the church of the Fruckirche and see the unusual "fountain of pigs". And the Latin Quarter of the city will take you back to the 14th century, with its cobbled stone streets and low old buildings. There are numerous galleries, shops, restaurants and cafes in the area. Buying original souvenirs and things in a peculiar Danish design in the Latin Quarter is almost a must for every self-respecting tourist.

Marselisborg is the summer residence of the rulers of Denmark. The palace was built in the mid-17th century and is now the current royal residence. Therefore, no one will let you inside the palace, but you can walk through its huge park (Marselisborg Mindepark) and watch the ceremony of changing the royal guard of honor. In summer, hundreds of rose bushes bloom in the garden, and its perfect green lawns, beautiful flower beds, ponds, rose gardens and rhododendron plantations will not leave anyone indifferent. Near the palace, there are many original statues carved from trees and stumps, the author of which is Jorn Ronnau.

Literally, the name of this museum translates as "old town". This is a truly authentic old Danish museum town, currently consisting of 75 houses that were carefully transported here from all over Denmark. It was founded in 1909. The main purpose of the museum is to show the life and culture of the Danish traditional city. It has the homes of ordinary citizens, the bourgeoisie, a school, a post office, a watermill, a pharmacy, workshops and shops of artisans, a brewery, stables, and a seaport. Not only the appearance of the houses was restored, but also their interiors and rooms – all down to the smallest detail. Actors dressed in old costumes walk through the streets of the city, carriages drive. The atmosphere of the old Denmark of the 18th-19th century is perfectly conveyed, it is a real journey through time. After visiting the museum, you can buy souvenirs on its territory and eat Denmark traditional food in an old tavern.

is one of the most famous museums in northern Europe. It houses works by Danish masters from the 18th and 20th centuries, as well as paintings by contemporary artists and spectacular installations. From time to time, the center hosts exhibitions and performances. The museum has a unique observation deck located under the roof of the building, it was built in 2011. It is the brainchild of the famous Danish-Icelandic architect Olafur Eliasson. The platform is a circular glass multi-colored tunnel three meters wide in the form of a rainbow panorama with a length of about 150 meters. Visitors walk around the circle of this panorama and admire the views of Aarhus and the Baltic Sea through the multi-colored glass. Another "feature" of the museum is a giant sculpture of a boy squatting. Her realism is breathtaking.

This ancient garden was laid out about 140 years ago. There are more than 1000 species of various plants, a greenhouse, greenhouses, a lake, a rock garden, a cafe and a recreation area for adults and children. The main pride of the botanical garden is a Tropical house. This is not an ordinary greenhouse, but a whole complex where you can see live almost all the climatic zones of our planet-from tropical rainforests to deserts and savannas. In subtropical and tropical greenhouses, palm trees, lianas, various types of citrus fruits, pineapples and other exotic fruits grow. Birds fly over the trees, butterflies flutter. A sort of small piece of the tropics in the north of Europe. The botanical garden is open to visitors all year round.

The deer park is located in the Marselisborg forest area. In this place, a lot of deer and roe deer, accustomed to people, walk in the open access on the territory. They can be petted and fed. Tourists love this place because here you get great photos. Wild boars also live in the park, but since they can be dangerous to people, they are kept in a closed enclosure.

is considered one of the most famous and largest amusement parks in Europe. It was opened in 1903. This amusement park is just two km away. to the South of Aarhus. During the year, it is visited by more than 4 million people. The park does not work all year round, but only 7 months a year. This is due to the fact that in winter there is unfavourable weather. In addition to Aarhus attractions for adults and children, Tivoli has a park area with fountains and a picnic area, a concert hall, and a cinema. The park often hosts various festivals and concerts. Those who like to tickle their nerves can visit the extreme roller coaster rides operating in Tivoli. Among them, the most visited are the "Hurricane" roller coaster, which makes a dead loop, the "Typhoon" roller coaster with its dangerous turns and the "Sky Tower" attraction tower with a height of 40 meters, the speed of falling from which reaches more than 90 kilometers per hour.

8. Modern architecture of the city

The old and the new live hand in hand in Aarhus. This city boasts not only authentic buildings and structures but also modern futuristic architecture. To do this, it is best to visit the area of Aarhus Ø, because almost every house in it is a work of art. This place is located on the old pier of the former container port of Nordhavn, right in the middle of the Baltic Sea. The construction of the district began in 2008 and was completed only recently – in 2018. This is an example of modern urban planning and architecture, which is so famous in Denmark.

Located in the suburbs, an hour's drive from the center of Aarhus, the Danish Museum of Ethnography and Archaeology is a colossal complex with various exhibits from the prehistoric eras-the Stone, Bronze and Iron Ages, as well as the Middle Ages. It houses one of the best such collections in the world. The museum has two Michelin stars as a tourist attraction. Here you can see everyday objects, burial mounds and houses of primitive people, Viking dwellings, medieval buildings, and an extensive collection of weapons. Many of the museum's exhibits are interactive, with video and audio accompaniment. When observing them with special three-dimensional binoculars, some of these objects come to life. A special pride of the museum is the mummy of the "swamp man", which is more than 2300 years old. The man from Groboll (as this mummy was named) lived during the Bronze Age, and his body was found during excavations in the marshes about 65 years ago. It is as well preserved as the Egyptian pharaohs.

It is an annual fair, the oldest of its kind, held on the last weekend in July in Moesgor, a suburb of Aarhus. It is dedicated to the history of the Vikings and everything connected with these warlike people. It attracts Viking warriors, reenactors and tourists from all over the world. The main event of the fair is spectacular Viking battles, which are often bloody. The fair also features horse races on Icelandic horses, exhibitions of artisan work, traditional Viking food prepared over an open fire, and vintage drinks. If the fair itself does not seem enough, then you can go to the specialized Viking museum. The entrance to it, by the way, is free. The museum is full of artifacts, including the famous Viking boat-rook.

Useful tips before your trip to Aarhus

• Denmark is a member of the EU, and you need a Schengen visa to visit Denmark. • The country has retained its historical Denmark currency, the Danish krona. The euro is not in use here. • The Danish language is difficult to understand, but it is not necessary to know it. Almost everyone in Denmark is fluent in English. • It doesn't matter if you come to Aarhus or Copenhagen, the capital of Denmark is an expensive country, so don't forget to stock up on money. There are not many of them here. • You will be able to save a little if you purchase the Aarhus CARD-a special discount card that entitles you to free travel in the city and its suburbs, various discounts, as well as free entry to 20 museums and other cultural places in the city. • 100 km away. from Aarhus in the town of Billund is the world-famous Legoland-the dream of any child.

Apply for any visa in two clicks!
Topics
Cities
Do you want to get a Denmark visa easily?
Get your visa now 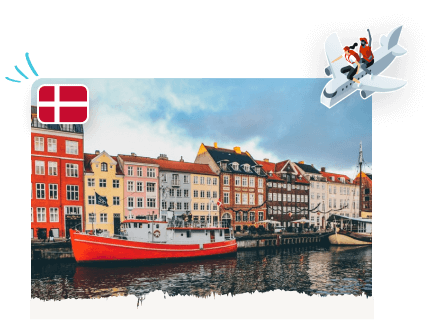