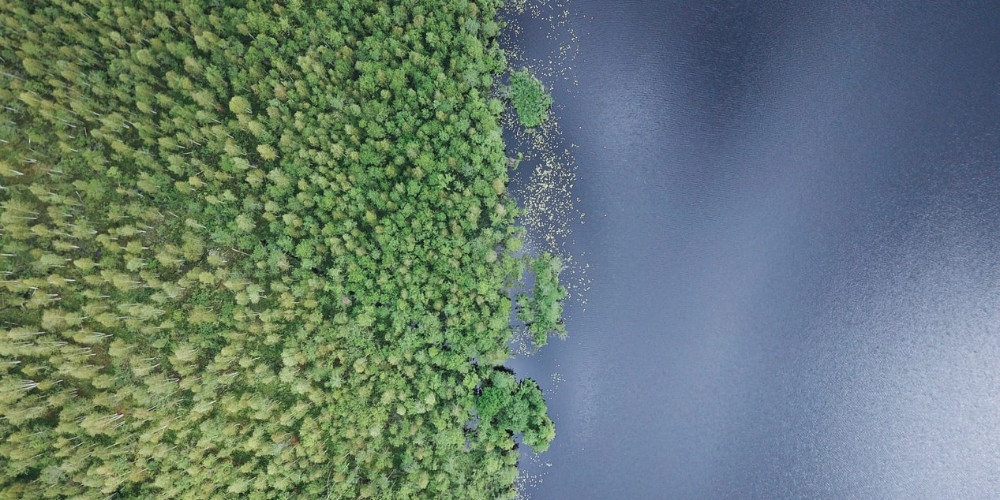 10 reasons why you should travel to Belarus right now

1. The capital of Belarus, Minsk

5. Grodno is the most European city in Belarus

8. Turov is the second Jerusalem

9. Belarus, the land of lakes

Do you know where is Belarus? Belarus or Belorussia is a European country that borders Poland, Lithuania, Ukraine, Russia and Latvia. The capital of Belarus is Minsk, and the population of this country is about 10 million people. Although there is a Belarusian language, most residents speak Russian.

Unlike neighbouring Poland, Latvia, Lithuania, and Ukraine, Belarus has not integrated into Europe since the collapse of the Soviet Union in 1991, making it a relatively cheap country for tourists than neighbouring states. Tourists tend to travel to Belarus because of the large number of preserved Belarus tourist attractions from the Soviet era. After all, in this country, you can plunge into the past!

This article will tell you about nine reasons you should travel to Belarus right now.

1. The capital of Belarus, Minsk

During the Second World War, Minsk was almost destroyed and razed to the ground. The city was occupied for some time, looted and bombed. After the war's victory, the Soviet Union almost rebuilt Minsk in the "Stalinist style". The then leadership sought to prove to the world that it was able to rebuild this important city, which would not be inferior to European megacities. And indeed, in a short time, the capital looked, if not better, then certainly not worse than many European cities. Today, Minsk is an important city in Belarus, Eastern Europe, with more than two million inhabitants. The city hosts many festivals, especially in the summer.

However, this does not mean that Minsk should be visited only for the city's decoration and beauty. The capital of Belarus is a whole metropolis, where every tourist will find entertainment!

Belarus has no access to the sea. However, there are more than 4 thousand lakes scattered throughout the vast territory of the country. If you want to break from people and stay in harmony with nature, Belarus provides you with ample opportunities. The north of the country, especially the border areas with Latvia and Lithuania, has a rich nature: dense forests, rivers, lakes, fresh air, flora, and fauna here is so diverse… It is unlikely that anywhere in Europe, you will be able to see bison, deer, wolves and bears in the wild.

Tourists are advised to rent traditional houses in these regions with famous stoves and visit frozen lakes during cold weather, where you can skate directly on the water's surface.

The Brest or Brest-Litovsk Fortress is one of the most important monuments in the history of the Soviet Union. Built in the 19th century, the fortress played an important role during the Second World War when German troops surrounded it, and one of the bloodiest battles of that war took place. A visit to this complex will make a great impression on you: you will see the traces of bullets, shells, learn the history and chronology of events, and experienced guides will tell you about the exploits of the defenders of the fortress.

After the war, the USSR allocated a lot of money to restore the complex, making it a museum in memory of those who died. On the Brest Fortress territory, the bodies of 823 soldiers were buried, and a huge monument dedicated to the events of 1941 was erected.

Belovezhskaya Pushcha is the only preserved relic forest in Europe and is rightfully included in the UNESCO World Heritage List. You can find endemic plants, trees, rare animals, birds, and insects on the forest territory. Many trees, including giant oaks, are about 800 years old. Belovezhskaya Pushcha is also historically a habitat for bison, which can still be found on the forest territory. For Belarusian people, this place is associated with Santa Claus. According to legend, the Belarusian "Santa Claus" lives here.

For lovers of history, this place is notable for signing the document according to which the Soviet Union collapsed in 1991.

Also, Belovezhskaya Pushcha is a great place for outdoor activities, where you can take long walks or have a picnic.

5. Grodno is the most European city in Belarus

If you think that all the cities in Belarus were built in the Russian and Soviet styles, Grodno can safely mislead you.

"The most European city of Belarus" - as it is called by the locals-is closely connected with the history of the Polish-Lithuanian Commonwealth and the Grand Duchy of Lithuania and will surprise you with the beauty of architecture and nature.

During the city tour, you will get acquainted with the Old Castle, wrapped in myths and legends. The New Castle, associated with the last days of the Polish-Lithuanian Commonwealth, the Cathedral of St. Francis Xavier, considered the most beautiful building in Grodno with an incredible exterior and the oldest clock tower in the European continent, as well as the Kalozha Church, built already in the 12th century!

Besides, Grodno will surprise you with its nature. The surrounding area of the city among Belarusian people is known as the "Belarusian Maldives". Indeed, there are chalk quarries, lakes, rivers, farmsteads, agro-tourism complexes, racetracks, and a nature reserve with wild animals and beautiful scenic nature.

Belarus not only attracts with its architectural and natural riches but also with its refined and rich Belarusian cuisine. Some tourists visit Belarus only for gastronomic purposes. Belarus pays attention to the development of agriculture to safely go on a tour if you like good and delicious food. If you are already familiar with Russian and Ukrainian cuisine and think that Belarusian cuisine will not surprise you, you are deeply mistaken. Despite the similarity, it is unique and peculiar. In recent years, Belarus has been developing gastro tourism and promoting food culture in every possible way, which arouses interest among those who want to visit such an excursion. Also, many food and drink festivals are held annually on the country's territory, which is not limited to the capital but goes far beyond Minsk.

Also, do not forget that many unique alcoholic and non-alcoholic beverages are made in Belarus, such as krambambuli, zubrovka, tinctures, moonshine and beer.

Everything is considered the traditional Belarusian bread, which is baked from rye flour without additives and on a special leaven. Unlike regular bread made from wheat flour, this bread has many useful properties, is considered non-caloric (due to the lack of yeast) and is to the taste of both those who adhere to a healthy diet and people who do not sit on a diet.

Belarusian people have always been considered hardworking people who felt a special connection and harmony with the land. Every resident of Belarus, regardless of their place of residence, is proud of this, so a group of enthusiasts in 1995 created an open-air museum dedicated to Belarusian life, traditions, culture and craft. Here, in the open air, you can have fun, get acquainted with the work of masters, taste traditional Belarusian dishes and drinks, as well as buy local handmade souvenirs. Also, the complex, reminiscent of a small town, offers you to ride horses, try to make a horseshoe for good luck, rent a carriage with a coachman and fully integrate into the entourage of the 19th century.

Dudutki has windmills, watermills, potteries, a blacksmith shop, a bakery, and even a retro car show!

You can also visit the museum with children because it will be very interesting: a mini-zoo with ostriches, deer, wild boars, birds, and other animals will please children.

8. Turov is the second Jerusalem

Turov is one of the most ancient cities in Belarus, which is also called the "second Jerusalem" because of the many churches and stone crosses. Many pilgrims flock to Turov, for whom this place is considered sacred from all over the world. The city became Christian in the 11th century, and at the same time, the Turov gospel was written here – the oldest book written and preserved in the territory of modern Belarus.

In the old Turov cemetery, there is a cross, which, according to statements, "grows" directly from the ground.

The city is also notable for its beautiful nature – the Turovsky meadow, a land system surrounded by high water, is formed in the spring after the ice melts.

9. Belarus, the land of lakes

Although Belarus has no access to the sea, nature has given it many beautiful, or rather, very beautiful lakes. Many of them are in the Braslov region and are called the " blue necklace" of Belarus due to their unusual shapes, water transparency, and beauty.

The most famous and largest "Braslov lakes" are considered to be Drivyaty, Snudy, and Strusto. Thanks to the pine forests around the lake, Drivyaty makes it the most visited and favourite place among tourists.

The region is known not only for its lakes but also for its flora and fauna. More than 500 species of trees and plants grow around Braslav, some of which are considered endemic. As for the animals, here you can meet bears, badgers, swans, gulls, and even lynxes, some of which are listed in the Red Book and are protected at the state level.

This place can rightly be called a paradise for eco-tourists!

If you want to visit the Braslav Lakes in winter, we advise you to go fishing on these lakes. The healthy environment makes these lakes an excellent "home" for fish. Many fishermen from Belarus love to go fishing in the winter when the surface of the lakes freezes, and fish can be caught from the ice hole.

For many centuries, wandering musicians and actors performed successfully on the territory of modern Belarus. During the holidays and festivals, not a single folk festival was complete without performances. Even during the entry into the Grand Duchy of Lithuania, Belarusian people were famous for their performances. The highest nobility and rich landowners created their own premises for performances, which led to professional theatres' development in the 19th century – much earlier than in neighbouring countries.

The construction of the first theatre hall began in the Radziwill residence in Nesvizh in 1746. The Mikhail Kazimir Oginsky Slonim Theater, built in 1775-1781, was one of the largest in Europe. The Zorich Theater in Shklov became the foundation of the troupe of the St. Petersburg Imperial Theater.

Today there are many theatres of Belarus in Belarus-the Bolshoi Theater of Belarus, the Republican Theater of Belarusian Drama, the National Academic Drama Theater named after Gorky, the Panorama Theater, etc. Ballets, operas, performances by all significant and new authors are staged here all year round, and the Belarusian troupes themselves perform in many countries of the world with spectacular success.

Many tourists, especially from neighbouring countries, visit Belarus to get cultural pleasure.

It should also be noted that Belarus hosts many festivals, such as "Slavianski Bazaar", "Belaya Vezha", "Theater Meetings," and others.

We hope that you liked our selection, and you will want to visit Belarus!