Hermitage or Louvre? Which one of these museums to visit? 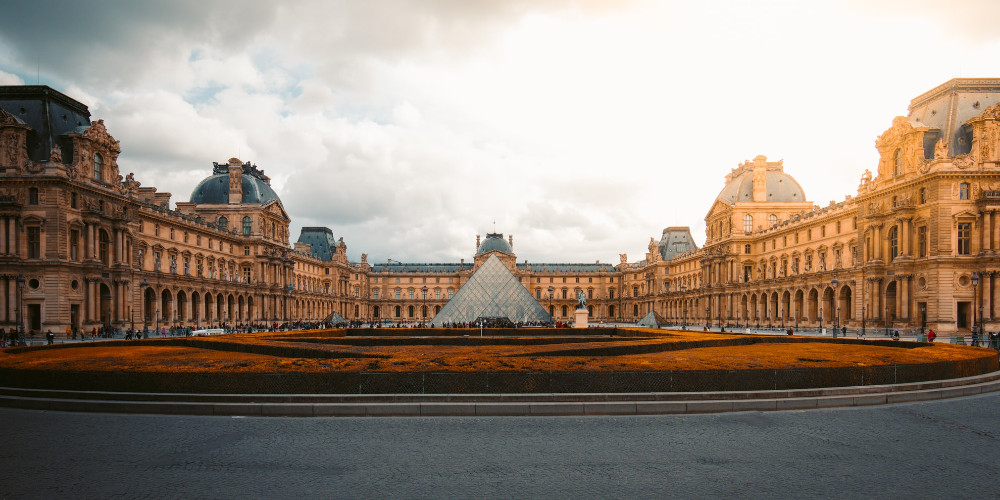 Where is the Hermitage Museum? I do not think that there is someone who does not know this museum and ask where the Hermitage Museum is. Anyway, the Hermitage is located in Saint Petersburg's heart, between the Neva river embankment and Palace Square, in Russia. Hermitage Museum and gardens occupy a great area. It has five linked buildings that form a beautiful architectural ensemble. Hermitage Museum what to see? The Hermitage houses more than two and a half million cultural and artistic objects from the peoples of Europe and the East from the most remote times to the 20th century. The Winter Palace, which became part of the museum in 1922, was the tsars' main residence for two centuries. It had been built for Empress Elizabeth, daughter of Peter the Great, and its facades, the palatial church's interior. The majestic main staircase is a rare example of the so-called Russian Baroque of the 18th century. However, the palace rooms are from the 19th century because, after a fire in 1837, they were rebuilt according to the time's fashion. Although they were converted into exhibition halls, they have not lost all their splendour. The most beautiful of all is the Malaquita room; Its columns, pilasters, fireplaces, floor lamps, and small tables are decorated with malachite from the Ural Mountains. The vivid green of malachite, combined with the shimmer of gold and the furniture upholstered in raspberry silk, make for a fantastic impression of this room.

Hermitage Museum what to see?

You can follow the tour of the Russian state's history on a guided walk through the Winter Palace rooms. The influence of imperial values and glory are constantly present in its ornamentation. In the Peter I room, you can see the emperor's portrait with the goddess of wisdom who guides him towards new feats and two scenes of the triumph of Peter I's troops in the war against the Swedes. The next room, that of the Blazons, is presided over by golden columns of the Corinthian order. The emperor received the messengers from Russia's regions; this room has one thousand square meters; there is present the double-headed eagle, which is the shield of Russia, and the securities of each of the Russian provinces. Towards the end of Catherine II's reign, the Hermitage collection numbered 3,000 squares, almost 7,000 drawings, more than 70,000 engravings, and 10,000 carved stones, which were her special hobby. However, his collections were not accessible to the public. Now about two and a half million people visit the Hermitage each year. Some people say that if a person spent just one minute looking at each piece in the Hermitage Museum and gardens, it would take four and a half years, without rest, to see them all. Therefore, I recommend that you choose what you want to see before your visit.

The Old and New Hermitage

It was built in the 1770s to house Catherine II's growing art collection. Now in this palace, there are works by the Italian Renaissance masters: Judit, a masterpiece by Giorgione, the poetic Virgin of the Annunciation by Simone Martin, works by Fra Angelico and Botticelli. But there are two pearls in the collection of Leonardo da Vinci paintings: the Madonna Benois, corresponding to his early creative period and representing the Virgin as a contemporary young woman of the painter, dressed and combed in fashion, who plays with her daughter - and the laconic Madonna Litta, which is, on the contrary, a mature work in that the image of the Virgin is the ideal of physical and spiritual beauty. In the new Hermitage building, you find a part of the collection of the Italian masters, which was built by Nicolas I and opened its doors to the public 150 years ago. Here you will find Italian art from the 13th to 18th centuries The Annunciation by Martini, The Vision of Saint Augustine by Lippi, The Virgin and Child by Fra Angelico, The Lute Player by Caravaggio. Michelangelo's only work, The Squatting Child, was destined for the Medici pantheon.

Visiting the Louvre Museum is like taking a walk through the history of art: within its walls, you can see works as important as the Mona Lisa, the Venus de Milo, Liberty leading the people. It is one of the largest art popular museums globally and receives the most visits, more than eight million in 2017. The exhibition has 38,000 works. One of the Louvre Museum facts is that if someone wanted to see everything in one visit and spent half a minute on each, it would take more than 13 days in a row without interruption. It is an endless exhibition. Since the museum was founded 225 years ago, France has wanted to reflect through its capacity as an economic and cultural power. Today it is one of the main tourist attractions in the city of Paris.

What to see in Louvre?

The Louvre houses pieces created between antiquity and the mid-19th century. Specifically, it features ancient Egyptian, Greek, Etruscan, Roman, Near Eastern art, Islamic art, and medieval and Modern Age painting and sculpture. The Louvre's Egyptian collection is so packed with wonders; it is hard to pick a favourite. Most of the second half of the 19th-century works, of currents such as realism and impressionism were sent to the Musee d'Orsay. Simultaneously, modern and contemporary art is exhibited at the Center Pompidou, both in Paris. Where does the huge collection of the Louvre come from? It is another of the interesting Louvre Museum facts. Basically, of the collections that the kings of France have accumulated throughout history, of the works requisitioned from the nobility and the church due to the French Revolution, of the French army's spoils in the Napoleonic wars, and finally, donations and purchases.

As I have already said, some of the most famous works in the history of art are on display in the Louvre. The star is the Gioconda (or Mona Lisa) by Leonardo da Vinci. It is an enigmatic portrait: it is not clear who the woman in it is or the reason for her half-smile, but it has become a cultural icon. Another of the jewels in the collection is the sculpture known as the Venus de Milo, made in Greece in 110 BC. More than two meters high, this goddess of love is made following the classic ideal of beauty that would later become influential. Also noteworthy is the Victory of Samothrace, a Greek sculpture from 190 BC that represents Nike, the Greek goddess of Victory. One of its most outstanding characteristics is the realism that the tunic covers the figure's body transmits. Also, in the Louvre rooms, you can admire well-known works such as Liberty guiding the people by Eugene Delacroix or the Egyptian pharaoh Ramses II's monumental statue.

What was the Louvre before it was an art museum?

It is so interesting for many people that what was the Louvre before it was an art museum? So, let us talk about the history of this building. This impressive and wonderful building was originally a medieval fortress of which there are hardly any remains. The construction began on King Philip Augustus's order at the end of the 12th century, more than 800 years ago. The aim was to defend Paris from the invasions of the Northmen. After a series of adjustments and additions, it became a princely residence until Louis XIV decided that Versailles' Palace would become the home of the French rulers and their descendants. Thus, the Louvre was left abandoned at the end of the 17th century and, throughout the following century, the French institutions of art were placed there. After the French Revolution in 1789 and the abolition of the monarchy, the building became a museum open to all citizens. Throughout its history, the building has undergone great restorations. The most recent restoration was in the 1980s when the famous glass pyramid was created.