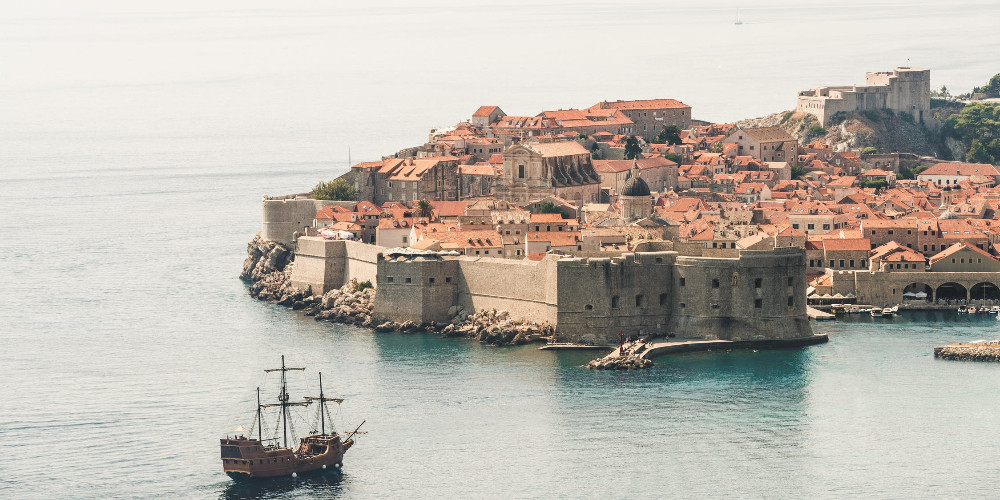 14 reasons why you should travel to Croatia right now

1. What is the best time to travel to Croatia?

2. Is it safe to travel to Croatia?

3. The fascinating capital city of Zagreb

4. One of the best places in Croatia for visitors, Dubrovnik

10. Looking for places to go in Croatia? Sandy beaches!

12. Food that you will not be getting enough of!

In this article, we will be travelling to Croatia. Croatia is a Central European and a Mediterranean country that shares borders with Slovenia, Hungary, Serbia, Bosnia and Herzegovina, and Montenegro, worth mentioning that the Adriatic Sea also has a long sea border with Italy. The country occupies an area of 56,691 square kilometres and has a population of approximately 4.29 million inhabitants. Interestingly enough, nearly 90 per cent of the population is Croat, while there are also ethnic minorities from Serbia, Bosnia, Hungary, and Italy.

Now that we have a slight understanding of the country, I think it is the perfect time for me to convince you in visiting Croatia with 14 reasons why you should immediately pack your things and travel to Croatia right now.

1. What is the best time to travel to Croatia?

Of course, it depends on what you want to do in the first place, but the perfect time to come for most reasons is in late spring or early fall. My personal runner-up is summer and, at the bottom, is winter. But no one can deny the fact that the most fun times to come are July and August. The weather is great for the beach and especially for the music lovers as the festival season is on, and honestly, what can be better than fruity cocktails, live music and the Adriatic Sea? So, I would definitely go in the summer if you ask me about the best time to travel to Croatia.

2. Is it safe to travel to Croatia?

Serious crime is highly uncommon in Croatia even among the locals, putting aside the crimes against visitors, and total crime levels are relatively low, rendering travel to Croatia extremely safe. However, of course, there are some travel alerts from Croatia that you should be aware of before you arrive in this beautiful country. Pickpocketing and small theft are frequent as in most popular travel destinations, so it is not something you have to really worry about. If you are willing to travel anywhere, you should be ready, as they say, better be safe than sorry. So, if you were wondering, is it safe to travel to Croatia? The answer is an absolute yes!

3. The fascinating capital city of Zagreb

Zagreb is the capital and the largest city in Croatia. It is located on the southern slopes of Medvednica Mountain in the northwest of the country and on the shores of the river Sava. The city sits at an altitude of about 122 meters above sea level. Zagreb is a town with a rich history dating back to Roman times, which guarantees numerous historical spots that you should not be ignored at any costs. With a history dating back to 1094, the town is full of ancient monuments, fascinating sights, and museums that are among the whole country’s finest. Three of Zagreb’s main attractions are the Cathedral of Zagreb, the Mirogoj Cemetery, and last but not least, the St. Mark's Church. However, do not skip the opportunity to visit other tourist spots such as the Museum of Broken Relationships or Dolac Market. These are not only interesting places in Zagreb but as well as some of the best places to visit in Croatia, as a whole.

4. One of the best places in Croatia for visitors, Dubrovnik

They call Dubrovnik the one and only Adriatic pearl due to its indescribable beauty. The walled, seaside Dubrovnik basically looks like it has everything that a tourist might wish to get from one trip. Some fortresses date back to centuries ago, surrounding a massive, breath-taking Old Town of Dubrovnik, views of the cliffs and the sea, as well as its famed array of baroque buildings on marble streets. And while we are talking about watching the city from a bird’s view, let me say that if you are riding the cable car up to Mount Srd or opting to stroll the old city walls, Dubrovnik’s red roofs and vivid blue waters are better enjoyed from the top. It is just like experiencing a postcard in real life! As everyone who has ever been to Croatia can agree, Dubrovnik is one of the most beautiful places to visit in Croatia.

It is no surprise that a lot of people save money for months, if not years, to finally be able to travel to a Mediterranean holiday in Italy, France or Spain. However, if you are short on budget or just want to save some money while travelling, then travelling in Croatia is what you have been missing in your life! Yes, sometimes flights to the country can indeed be a bit expensive like in any other European country. The budget-friendly exchange rate makes transport, lodging, and food within the country shockingly inexpensive.

Mali Losinj is the largest island town on the Adriatic Sea; however, not so long ago, the town was an important port and, as well as a commercial hub with millions of turnover over the years. But what makes this island one of the best places in Croatia for tourists? The city is specifically renowned for its clean sea air, historically fascinating quarters. In short, we can indicate that Mali Losinj is a picturesque natural port town lined with not to exaggerate but the prettiest Mediterranean architecture in pastel colours that will make you feel like you are walking around in a Disney cartoon.

The remains of Diocletian’s Palace in Split are the modern town’s bustling heart and main tourist attraction that you should not be passing by at any cost while travelling in Croatia. Also, while visiting the ruins, you will get a chance to discover hundreds of restaurants and shops that will, fortunately/unfortunately, you might get a shopping fever or lose yourself while discovering Croatian dishes.

Yes, there are not so many parks but all of them definitely worth paying a visit. Some travellers even say that national parks are the best places to visit in Croatia. To be more exact, Croatia has eight national parks, including the Plitvice Lakes and Krka national parks, both known for their spectacular lakes and cascades that even made it to the UNESCO preservation list.

Oh, have you always dreamt of visiting Italy, but got scared of getting lost among thousands of tourist and do not equally enjoy your trip when all you can see is another visitor’s neck as the place is too crowded, then I got a plan for you! Istria is the most Italian-feeling area that you can come across outside of Italy, and the main city is called Pula, which is also known as Croatia’s Venice. The city is especially widely known for its magnificent Roman ruins and the spectacular and well-preserved legendary amphitheatre in particular.

10. Looking for places to go in Croatia? Sandy beaches!

What is the first word that comes to your mind when you hear the word “Croatia”? Well, for me, Croatia is mostly about gorgeous pebbled beaches, literally occupied by marble blue water. The best recommendation when it comes to beaches is to head south. On the Adriatic coast, you will find the most beautiful sandy sands that you have ever walked on in the whole of your life. So, it is fair to undoubtedly say that beaches are the best places to go in Croatia.

Croatia has joined the EU not so long ago; however, the country is still not using the Euro currency. With knowing that fact, bear in mind that the local currency is the Kuna, which you can exchange directly anywhere you want. However, a smart travel recommendation is to exchange your money while travelling in Croatia in order not to pay more than you should. Another thing that will definitely help you to save money is planning ahead of your trip, which will also help you not to exceed the budget that you have set for your amazing getaway in Croatia.

12. Food that you will not be getting enough of!

Who does not love fine Mediterranean seafood with locally produced wine? Well, that is what Croatia is ready to offer you anytime you decide to fly there! Croatian cuisine is largely based on dishes as a fresh, homemade pasta called fuzi that is wrapped in white truffles and butter. However, the most loved one among both locals and travellers is black seafood risotto.

The Monastery of Visovac is a monastery on the island of Visovac in Croatia’s Krka National Park. Interestingly enough, Visovac is also called Mother of God Island because of its devotion to the Mother of God. If we go back in history, we can say that Visovac was founded by Augustinian monks in the 14th century, who built a small monastery and church on the island with the aim of paying tribute to the Apostle Paul. Besides its religious value, which is huge, the place also offers an exquisite array of paintings and archaeological findings discovered in the neighbourhood. So, if someone asks you about the best place in Croatia, now you know what place to point out on your map.

Zadar is the oldest permanently settled city in Croatia. It is located on the Adriatic Sea, in the northwestern part of the Ravni Kotari region. Zadar is a town monument surrounded by historical ramparts, a treasury of ancient and medieval archaeological and monumental riches.