11 Reasons why you should travel to Gibraltar right now 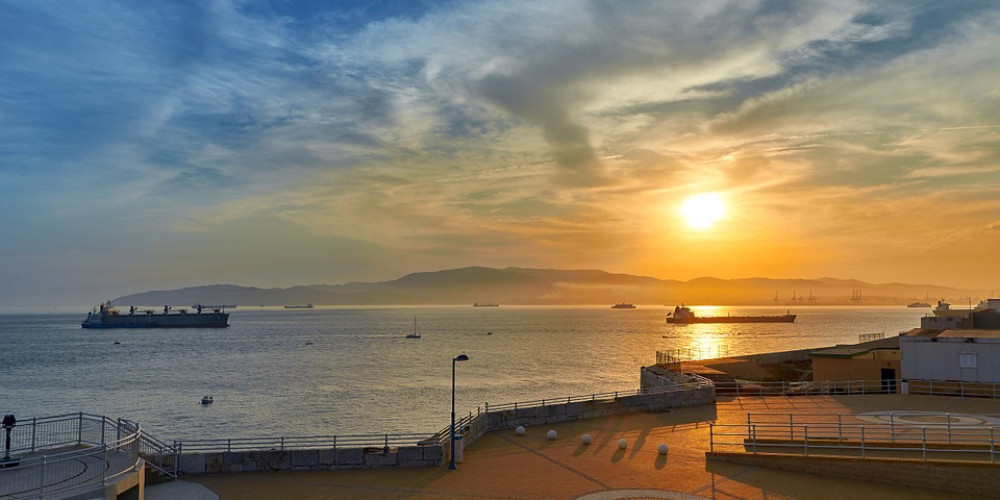 Today, we will be taking a breath-taking adventure trip to one of the hidden gems of the European continent, to Gibraltar. In case you were wondering, where is Gibraltar, let me start by saying that the territory is overseas land of Britain and is located in the southern part of Spain. However, it also worth mentioning that Gibraltar nowadays is marked as an independent country. The main reason for Gibraltar’s independence action is directly linked with claims of Spain to these lands. Now that we looked at the region from a geographical point, it is about time to dive into the country’s tourism potential. And in this blog, you will find 11 reasons why you should travel to Gibraltar.

1. Is it safe to travel to Gibraltar? Absolutely!

We are already accustomed to visitors being nervous about safety issues while travelling to countries/regions where political disputes are a very serious issue. However, with Gibraltar, no matter how heated up the situation between Britain and Spain gets, the situation never gets out of control, and tourists always feel safe during their travel to Gibraltar. Besides that, the country is very safe for both foreigners and local people in terms of crime rates, and it is all possible mainly because of the effective British system-modelled police force. In conclusion, if you ask me is it safe to travel to Gibraltar, I would say yes without even a second of doubt.

One of the most interesting places in Gibraltar is definitely St. Michael's Cave. The name St Michaels derives from a cave of a similar nature that is found in Monte Gargano, in Apulia, Italy and is where it is said that the Archangel Michael revealed himself for the first time ever in Christian history. Today, the caves are one of the main places to visit in Gibraltar, attracting over a million tourists every year. Besides the caves themselves in all of their beauty; visitors also get the chance to attend exhibits telling different stories about the place, starting with the formation of caves and long, colourful history that hides hundreds of secret within. St Michaels caves can be accessed by cable car (and a short walk), by foot, or as well as by taxi.

? On the edge of Europe! Being the southernmost point of not only Gibraltar but the whole European continent, Europa Point is a “must-visit” during your travel to Gibraltar. A fascinating fact about the place is that you are able to see the northern parts of the African continent, being specific to the Rif Mountains of Morocco. But beautiful spots such as Gibraltar Bay and the Spanish towns alongside the ocean can be seen from the point too. Once you are there, don’t forget about 5 places in Gibraltar that should not be missed in any case when you are in Europa Point, which are: Harding's Battery, Ibrahim-al-Ibrahim Mosque, Europa Point Lighthouse, Shrine of Our Lady of Europe, and the Nun's Well. We will be talking about these places detailly in further points.

4. Taking pictures of Dolphins of Gibraltar

While travelling to Gibraltar, in order to see the dolphins, I would highly encourage you to book a tour beforehand as demand is very high among the tourists. These highly-regarded tours are without question one of the best activities for families to do in Gibraltar and are perfect for children of all ages. Such marine wildlife experiences last about 75 minutes and involve a thrilling trip on a specially built viewing vessel designed to float alongside pods of up to 200 dolphins as they swim in the Gibraltar Strait. It is a truly stunning experience, to be honest, specifically taking into account the backdrop provided by the "Rock" itself, which is one of the nicest places to see in Gibraltar, as well as the great views over Morocco and the Spanish coast.

One of the most well-known of all the places to visit in Gibraltar is the Trinity Lighthouse, which is also known as the Lighthouse at Europa Point. The extremely unusual location, separating the Atlantic Ocean and the Mediterranean Sea, acts as a lighthouse for all passing sea vessels that sail through the Strait. Since its construction which happened in 1838, some changes have occurred throughout the history of the Trinity Lighthouse. For example, The Europa Point Lighthouse came fully automated in February of 1994. And in 2016, the rotating optic was uninstalled, and two LED lights were mounted in its place, one above the other. The Lighthouse at Europa Point is about 49 meters above sea level, and it is estimated that the light it emits can be seen about 20 miles or 27 kilometres from its location.

Since 1997 this beautiful example of Muslim architecture is one of the 5 places to visit in Gibraltar, which are located at Europa Point. It has been paid for by Saudi Arabia's former King Fahd bin Abdulaziz and serves to country's Muslim community, most of whom come from Morocco. The mosque is a magnificent addition to this unique site. This stands out brightly when the mosque is illuminated at night and is seen even from miles away. Nowadays, the Muslim population is a member of the diverse culture of Gibraltar. What makes this mosque unique is its location; it's situated between several mountains, bringing to light the beauty of the mosque. Muslims living in Gibraltar use the Ibrahim-al-Ibrahim Mosque on a regular basis, and the mosque is open to the public throughout the day. So, don’t forget to visit the mosque, which is one of the most interesting places in Gibraltar.

7. Shrine of Our Lady of Europe

The church is named after Our Lady of Europe, who is Gibraltar's Catholic Patroness. Located on the southern end of The Rock, this shrine was originally a mosque and was converted by the Christians in 1462 into a chapel. The original Gibraltar lighthouse was the light that was kept burning in a tower above the chapel. The church also offers a museum to its visitors where a lot of exhibitions about the fascinating history of the chapel are displayed. We can easily say that the church is the most religious place in Gibraltar.

The trail is entirely within the Upper Rock Nature Reserve and was established by the British Army but is now used by civilians as a walking route connecting Martin's Path to Lord Airey's Battery near the Rock of Gibraltar summit. The trail provides views over the Gibraltar Strait, Windmill Hill, Europa Point, the Mediterranean Sea, and the Costa del Sol. If you love hiking, your travel to Gibraltar can offer you a few incredible options. Mediterranean steps give you the opportunity to mix a nice long hike with spectacular views and a bit of thrill thrown in. Halfway up those steps, we discover Spider Cave, a small hollow used during the Second World War.

The fortifications were first built in 1160, or maybe even earlier, as it is still unclear to the historians, at and around the Moorish Castle site. But these were lost when Gibraltar was re-conquered by the Spanish from 1309-1333. Its main site and the most important reason why tourists visit the castle in the first place is the Tower of Homage, which completely dominates the hillside. However, nowadays, the Moorish Castle is one of Gibraltar's major tourist attractions, and it is displayed on the reverse of the Gibraltar five-pound banknote's 1995 design, which is still in circulation, so make sure you check it out while you hold the banknote in your hands. Very surprisingly and honestly a bit shocking to me, part of the castle itself housed Gibraltar Prison until 2010, when the prison was finally moved to another location.

10. The tastiest food you have ever tried

Several foreigners, who have made Gibraltar their home over the past three decades, had a major impact on the country’s cuisine. This global gastronomic influence on Gibraltarian cuisine involves places like Malta, Genoa, and Portugal. During your travel to Gibraltar, this range of tastes has brought an eclectic blend of Mediterranean and British cuisine to the country. If you ask a local what to eat in Gibraltar, he will likely answer you with Rosto. Which is basically, the pasta is combined with the meat and the sauce that goes with it, which should never be too liquid. It is recommended for extra flavour to top Rosto with lots of grated cheese. Another favourite dish of both Gibraltarians and visitors is Rolitos. The Rolitos is a speciality of Gibraltarian meat consisting of a mixture of finely chopped olives, boiled eggs, bacon or ham, onions, breadcrumbs, garlic, herbs, and spices that are tightly wrapped in a thin piece of beef. Usually, once cooked, the beef rolls are braised with refrito (a mixture of sauteed vegetables) and a splash of white wine until the meat is finished.

Like a lot of tourist attractions in the country, botanic gardens were constructed with ongoing war being the main reason. The British Governor of Gibraltar General George Don commissioned the Gardens in 1816. His main goal was that the soldiers from Britain taking part in the fights overseas would have a recreational area to enjoy while off duty, allowing the citizens to enjoy the air shielded from the intense sun's heat. And right now, the gardens are one of the many breath-taking places to see in Gibraltar. In the open-air theatre of the garden, a beautifully landscaped area where numerous cultural events take place at certain times of the year. Not only are the gardens a quiet haven away from the city centre’s bustle, but Gibraltar's wildlife park is also home to a variety of endangered species of animals.

Topics
Apply for any visa in two clicks!
Countries
Do you want to get a Gibraltar visa easily?
Get your visa now 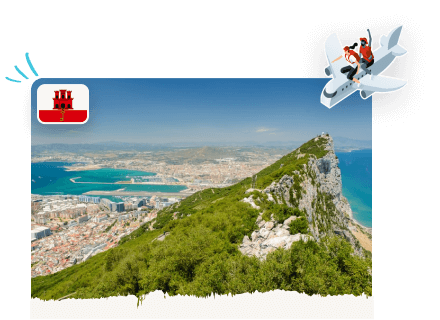