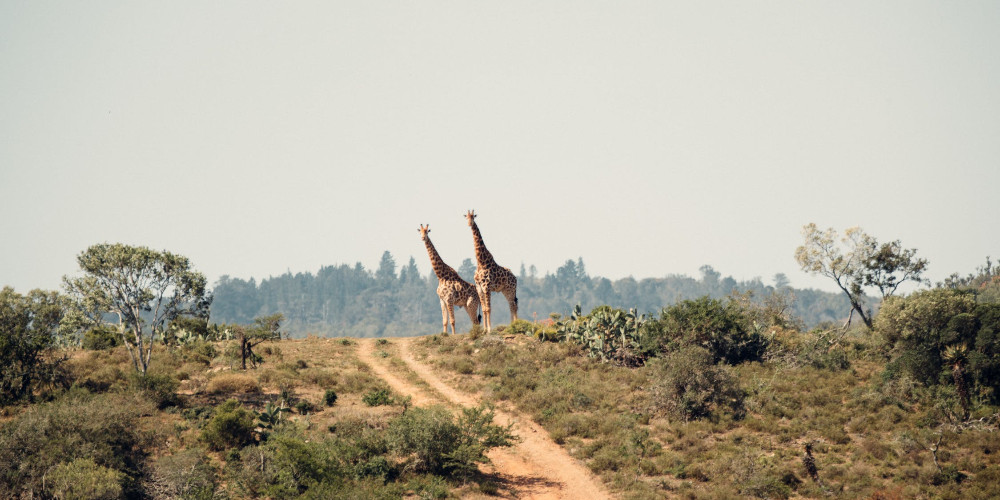 10 reasons why you should travel to Guinea right now

5. Los Islands or as known as Iles de Los

9. Guinean Food - the taste of Africa

In this article, we will be discovering the mainly unknown site for the majority of tourists, as the country is not specifically the place where travel-lovers visit frequently, a Western African state called Guinea. And the main goal of this article is to try to change that tendency and convince you to get a Guinea e-visa.

Let me start by saying that Guinea is an excellent country with very hospitable and friendly people but unfortunately with little tourism infrastructure. Even though the country is very rich in terms of natural resources, Guinea faces strong economic issues. Guinea's coastal area and much of the inland are tropical, with a rainy season lasting from April to November, relatively dry, uniform temperatures, and high humidity.

Now that we have basic information about the country, let's get to know 10 Reasons why you absolutely should travel to Guinea right now!

Conakry is the largest city and capital of Guinea. A port town, it serves as Guinea's diplomatic, political, and cultural center. One of the most beautiful sites in the capital is The Conakry Grand Mosque. The mosque was built with support from King Fahd of Saudi Arabia under the leadership of Ahmed Sekou Toure. It opened in the year of 1982. The mosque is Africa's fourth-largest mosque and the largest in Sub-Saharan Africa. The mosque complex also includes verdant gardens and the tombs of national heroes. Which basically guarantees that there is always something that will keep you engaged. Even if you are not praying, learning about the history of the mosque and the city could be very interesting if you are into history.

One of the most frequently asked questions before the visit to the city is, "Is it safe to travel to Conakry?". To be honest, it is not the safest place that you have ever been to. Tourists should try to prevent unwarranted airport and hotel assistance, as such offers often disguise an intention to steal luggage, purses, wallets. Criminals particularly target visitors at the airport, in the traditional markets, and near hotels and restaurants frequented by foreigners. Stay vigilant and apply common sense if you find yourself stuck in a difficult situation.

Another point is to be careful is water. Drinking tap water is extremely unhealthy and as well as quite risky, and I highly encourage you only to drink unopened bottled water. In case you still have not found an answer to your "Is it safe to travel to Conakry?", it is also worth mentioning that malaria is extremely widespread in this region too. Take anti-malarial prophylactics and cover up exposed skin at night and early morning when mosquitoes are at worst.

St. Mary's Cathedral is one of the sites that you should not ignore during your travel to Conakry. The church is an important place for all Christians living in the city. The building's vibrant yellow and red colors provide tourists with the nicest pictures from Guinea. The Cathedral was built in the 1930s, in the times of French colonization of Western African lands. The Presidential Palace, which is the residence of the president, is located just behind the Cathedral. Once you are there, be careful with taking pictures of the palace as it can be seen as espionage, and you can even go to jail for that.

Now that we are done with our travel to Conakry, the capital city. It is about time to go to explore the wild side of the continent. However, what is Guinea known for? Well, first of all, with National Park of Upper Niger - a Guinean national park which was provided by the government in January 1997. Protection of the park is seen as a priority among all the countries in Western Africa as both important tracts of forest and savannahs make up the national park.

Around five percent of the whole park, alongside the edges, of course, is agricultural. Unfortunately, during the dry seasons, the park faces frequent fires that put both fauna and flora of the park at risk.

Occupying the territories of three Western African countries (Guinea, Ivory Coast, and Liberia), this Natural Reserve is a "must-visit" during your travel to Guinea. The highest point of Mount Nimba Strict Nature Reserve is Mount Richard-Molard, which is the highest peak in both Guinea and Ivory Coast, precisely at 1,752 m (5,750 ft).

Despite having picturesque and just beautiful natural surroundings, tourism is not very developed here, with the isolation of the park being the main reason. Compared to the other two countries, Guinea is the best country to begin climbing the Nimba, as the Guinean Park Foundation organizes one-day guided hikes with aircraft transfers from the capital of Guinea, Conakry. Which means you can hop on a plane after your travel to Guinea.

I believe it is also worth mentioning the fact that UNESCO declared Mount Nimba Strict Nature Reserve a World Heritage Site, which again highlights the importance of the park to the Reserve world.

5. Los Islands or as known as Iles de Los

These islands are known primarily for their clear blue waters, sandy beaches, and heavily forested interiors and are extremely popular among visitors of Guinea. You can get to the islands by ferries that operate from the capital Conakry. The three most important and largest islands are Tamara (Fortoba), Kassa, and Roume. Tamara is home to the Lighthouse on Ile Tamara. Interestingly enough, they used to have a prison on the island.

N'Zerekore, which is another way to pronounce the name of the city, is the second-largest city in Guinea by population. In addition, Nzerekore is known for its silversmiths and perfect location. It is just a short drive away from the Foret classee de Diecke, as well as the Mount Nimba that we have already talked about. We should also mention that this rapidly rising city has become a daily receptacle for refugees fleeing war in other African countries.

Another city that you should not miss by any chance while traveling in Guinea is Kindia. Located 135 km from Conakry, Kindia was established in 1904 and developed with the opening of the Conakry-Kankan line. The city has ever since become one of the main agricultural sites in whole Guinea, producing tons of bananas being transported for export to the capital. Head into the tiny provincial low-rise cottage town and have a chance to witness the everyday routine of country life in Guinea. This is one of the favorite cities of tourists traveling to Guinea.

Ziama Massif Biosphere Reserve is famous for being a habitat to more than 1,300 plant species and over 500 animal species. It's wrapped in dark, misty swaths of Dabema and Bako trees, trampled by snapping crocodile and turtle carapaces, and what makes the place this special is some of the most isolated human tribesmen of Guinea actually living within the borders of the Ziama Massif Biosphere Reserve. The Ziama Massif is part of the ecoregion of Guinean montane forests, which harbors a distinct flora and fauna from the adjacent lowlands.

9. Guinean Food - the taste of Africa

What is Guinea known for? Food! The most common dishes in Guinean cuisine include rice and various sauces, and sometimes different types of meat added to it. Traditional dishes such as fou fou, boiled mango, fried plantains, patates, and pumpkin pie are very loved both among tourists and locals. Guinean cuisine has attained some overseas popularity, and there are Guinean restaurants in New York City, USA. Restaurants as San Remo, Restaurant Patisserie le Damier, Le Cedre are the favorites of visitors to try some Guinean food.

If you want to get to know about the country's history while you travel to Conakry, then this place is made for you. Sandervalia National Museum is Guinea's national museum, located in the capital, Conakry. Many rooms are vacant, but it includes a small range of cultural artifacts from different areas of Guinea, as well as colonial-era artifacts and sculptures. A variety of handmade pieces are available for sale.

The museum features a collection of ancient objects from around the world representing various civilizations and ethnicities, as well as pieces from the colonial period. The collection also includes different masks and a sacred forest. As of 2016, the building was almost empty, apart from one room, which includes many masks and musical instruments from various parts of Guinea.