10 reasons why you should travel to Kuwait right now 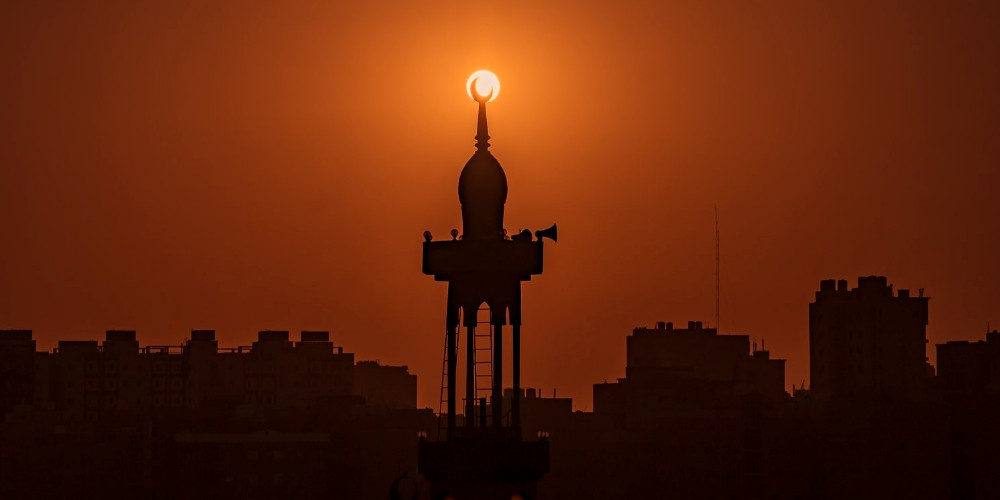 It is quite obvious that travel to Kuwait is not one of the things that will pop into your mind immediately. It is not a very common travel destination, after all. Many are concerned is it safe to travel to Kuwait, some don’t even know where is Kuwait, but most travellers will agree on one thing. There is not much we know about this small Gulf country but would love to find out more to see if an idea about spending time in Kuwait is worth giving a try. Besides giving a hint on what is the capital of Kuwait, let me give you some insights into the Kuwait population and culture. Here in this article, I will give you 10 reasons why you should travel to Kuwait right now. And who knows, maybe you will be intrigued enough by this undiscovered gem of the Middle East! But first...the basics.

It is a small country located on the northern edge of Eastern Arabia at the tip of the Persian Gulf. To paint you a better picture - the neighbours are Iraq and Saudi Arabia. Most of the land is practically uninhabitable; therefore, the only option you should consider is flying in Kuwait capital city on a comfortable Kuwait airways plane. FYI - many mistakes the name with Kuwait airlines, but keep in mind that the latter one simply does not exist!

What is the capital of Kuwait?

Conveniently enough, the name of Kuwait capital is easy to remember. It is Kuwait city! Since the rest of the country is practically a desert, most Kuwait population (about 90%) lives exactly in the Kuwait capital city.

Is it safe to travel to Kuwait?

With the current events and limitations, practically any travelling would be considered a moderate risk for your health. But besides that, how are the safety levels in Kuwait? Some would reminisce about the Persian Gulf War, some on the terrorist attack of 2015. But all of those are in the past. Events like this should be relatively unlikely nowadays. Besides that - to keep yourself safe just make sure to not pick up taxis on the street and be very obedient concerning their Islamic traditions and rules. Preferably stay in international hotels (contrary to the strongly Islamic ones) to make it easier for you. Be ready for the temperature to climb up to even +50C; take into consideration the health risks associated with that. So...is it safe to travel to Kuwait? If you are prepared and aware, then definitely safe!

What else should I know before my travel to Kuwait?

is dinar - you can exchange it beforehand, but the country is very developed, and you will encounter ATMs on practically any corner. Especially if you own some of the international online bank cards like Revolut, you might want to save time and just take out the money on the spot. Kuwait Airways is the national Kuwait airlines that have more than 30 destinations in Europe, Asia, Africa, and America. Nevertheless, they do collaborate with other companies and have codeshare agreements. Therefore to bring people to Kuwait, airlines like Alitalia, Etihad Airways, Turkish Airlines, and others carry out the flights too. An interesting fact to know is that just about 30% of Kuwait population is Kuwaitis, but the rest are expatriates! And the Kuwait flag consists of four colours - green, white, red, and black. Many explain the Kuwait flag colours differently, but the most common comes from a poem of Safie Al-Deen Al-Hali: White are our deeds / Black are our battles / Green are our lands / Red are our swords.

There is a great benefit to the fact that this is not the most popular tourist destination. And it is the fact that you will get to enjoy this new and exciting culture in a way more authentic manner. While others will be still wondering where is Kuwait, you will have enjoyed the local hospitality and seen the landmarks without excessive crowds of Insta-snapping globetrotters.

2. It is sunny all year round

Taking into consideration that the weather most probably will not become foul, it will be a great destination to get some tan. Just make sure to check which months have more appropriate temperatures for your own liking and check the details with the existing laws to obey the system. For example, female travellers will be allowed to wear swimsuits only in international hotels!

3. The population is diverse

I already mentioned that about 70% of the Kuwait population are expats. You will encounter a great diversity of cultures on the streets and anywhere else! And you will also have a chance to try a great variety of national dishes from other countries too! Just remember - the country is still Islamic, and many particular laws should be obeyed.

The country has a diversity of architecture masterpieces too. Some buildings still remain glorious for centuries (like Alkhamis Mosque built in the 18th century). And then countless buildings have risen like mushrooms in the autumn, making the city look modern and vibrant. In the last decades, the international style architecture has blended with the Arabic notes and created a unique cityscape to be truly enjoyed by the eye.

5. Desert is a remarkable experience

The desert in Kuwait is one of the driest in the whole world, but it also has a particular charm for you as a traveller. Book a tour that will take you to the deepest dunes of the desert. And stay overnight in the tents gazing at those millions of beautiful stars in the nighttime. But in the day get a quadricycle or surfing board to slide on those humongous dunes! Isn’t that one of the most adventurous things you could experience, huh?

You already know that Kuwait is an Islamic country, and it just means alcohol is forbidden, and you will not see any nightclubs either. But how about experiencing a totally different, but nonetheless still amazing way to entertain yourself in those late hours? Just join the local ways and go to cafes to smoke shisha (waterpipe) and socialize, visit the theatre, or stroll along the promenade enjoying the beauty of life as it is!

If you were wondering what this weird sounding name - it is the “Big Market” of Kuwait. First of all, it will be an amazing journey in the smells and flavours of Kuwait (read - food and spice stalls). Second - you will get to see and buy lots of particular handicrafts to bring home. But ultimately the biggest treat will be the visit itself because you will be able to observe the locals and the sellers in their natural habitat. And then you will save this mental cassette in your memory to replay again and again whenever you feel like experiencing some of that Middle Eastern bouquet of senses!

8. It has amazing seafood

This will not be a surprise since Kuwait is located on the seafront, but let me tell you one thing. Your time in Kuwait will be wasted if you don’t use the heck out of this amazing opportunity. Fresh shrimps, fish, mussels - everything you might want and need to satisfy your tastebuds and belly. Besides that - visiting the Central Fish Market will also be an amazing activity on its own! A huge building full of sellers and full of produce!

9. It is the most unique country

One of the greatest reasons to visit Kuwait is exactly the fact that very few know anything about it. And it is actually very different from all other Gulf states. Neither secretive and locked to the foreigners like some of them, nor flashy and extremely rich like others. It might be exactly what you have been looking for! And imagine showing the Instagram photos to your friends and family. And probably being the only person they know who has been in Kuwait! Sounds tempting, doesn’t it?

10. Kuwait is a food heaven

There is one thing that does not put any time limits. Any time you decide to go there, time in Kuwait would not be the same without a big plate of hearty Middle Eastern deliciousness. Rice, fish, lamb and many other typical ingredients generously spiced with typical herbs will dance on your tongue as you feed your appetite for these soulful flavours. Some of the dishes to try are Machboos (rice with meat and sauce) and quozi (stuffed lamb served on spiced rice). Take into consideration that hospitality is another Kuwait currency, and if you are lucky enough to enjoy a meal at somebody’s home, you will leave fuller than full. Wear pants with an elastic band so you can try more of that great Kuwait food!

Now you know what is the capital of Kuwait, Kuwait currency, and the meaning of the Kuwait flag! And you also know just the tiniest fraction of the exciting things you will see and experience there. Ready to find out more? Just hop into the website of Kuwait airways, book a flight, and off you go!