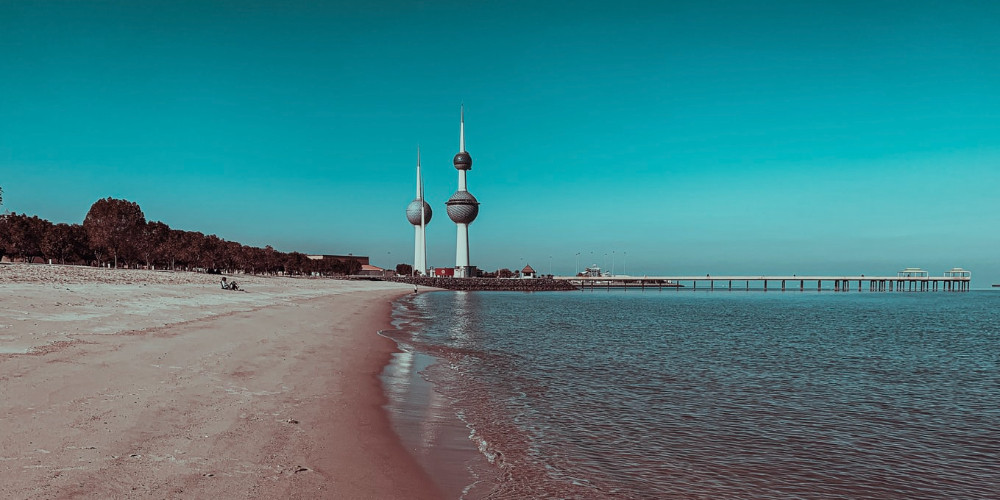 10 things I wish I knew before going to Kuwait

1. Is Kuwait worth a visit?

2. Is it safe to travel to Kuwait?

4. What are the entry requirements for Kuwait?

5. Should you drive in Kuwait?

6. How should you dress in Kuwait?

7. What about the culture and laws of Kuwait?

9. Should you shop in Kuwait?

10. Other activities in Kuwait to liven up your experience

Heard that you are planning to travel to Kuwait? That's great news! Kuwait may be a tiny country in the Middle East, but it has a certain charm of its own.

When you hear the word 'Kuwait,' the Gulf War of 1991 is what comes to mind - it was a war started by Saddam Hussein, the Iraqi dictator when he invaded Kuwait intending to take over the vast oil reserves of the nation. Since then, it has been 27 years, and Kuwait has changed a lot – the nation now boasts of a thriving economy and its citizens getting the very best living standards in the world.

But before that, you need to make sure that your trip to Kuwait will be worth it – that means there are some things that you need to keep in mind before you pack your bags and land up in the country.

Let's make it a list so that it gets easier for you to note the following points. After all, these are things that you should know before you travel to Kuwait, and something that I wish I knew before when I was about to visit Kuwait.

1. Is Kuwait worth a visit?

Are you kidding me? If I would have known that Kuwait was such a beautiful country, then, I would have paid a visit to the country much earlier.

What is the capital of Kuwait? Having a population of more than 4.1 million people, most of the nationals of Kuwait live in the capital of the country, Kuwait City, and even though Arabic is their official language, English is widely spoken among the Kuwaitis. As for Kuwait currency, it's Kuwaiti Dinar. The interesting news is that it fetches the highest exchange rate in the world. All thanks to the vast oil reserves of the country, capturing about 10% of the world's oil reserves.

Even though Kuwait is quite similar to the other Gulf countries, it is much quieter than the others and I know it may not sound exciting and thrilling, but trust me, when I say this that the place is amazing.

2. Is it safe to travel to Kuwait?

This is something that you don't need to worry about.

Kuwait is a safe destination. The only time the country was unstable was during the Gulf War, but now, that was years ago, and Kuwait has seen better times since then.

A great place to live, the nationals of Kuwait enjoy a comfortable life plus, their government also does a lot in supporting the nationals. Take note: there's also a community for Western expats who reside there and live in the country quite comfortably.

Okay, this is something that you need to keep in mind - the heat is unbearable throughout the entire Gulf region, Kuwait included, but that shouldn't be a concern.

Most of the Kuwait places are fully air-conditioned, but if you are planning any outdoor activities, then, take heed - it will cause you huge discomfort, unless, of course, you are a fan of walking in hot and humid weather.

That said, if you plan to travel to Kuwait, then, the best time to visit Kuwait will be during the fall and winter season in the country - the weather, then, there is mild, and there will be a lot of fun activities for you to enjoy outside in the pleasant weather.

4. What are the entry requirements for Kuwait?

Like any other country, Kuwait requires a valid passport and Kuwait visa for visitors.

For a passport to be valid, make sure that it is valid for at least six months upon arrival in Kuwait. The Kuwaiti immigration authorities can be quite strict, so ensure that your passport is in good working order.

For the Kuwait visa, also known as Kuwait eVisa, you can apply it online. You only need to fill an application form with your passport and personal details, with a bit of information about your reason for your visit to Kuwait and submit it. The whole process takes only 5 to 10 minutes, and after the details of the submitted form are validated in a few hours, you will get your Kuwait eVisa by mail.

For the application fee of the Kuwait eVisa, the fee is only about 3 Kuwaiti Dinar (about $10) for a 90-day single entry Visa.

That said, you can also apply for the Kuwait eVisa upon landing at Kuwait airways. However, that's going to take a bit of your time, and you will have to stand in a queue, so I suggest that you do so before you decide to visit Kuwait.

5. Should you drive in Kuwait?

I forbid that – you may consider hiring a car to drive around in Kuwait, and let me tell you, that's a bad idea. The traffic in Kuwait is very unpredictable, and you don't want to waste your limited fun time spending in a car and curse the traffic. So, take it from me, opt for a cab, they know their way down there, and will take you to your destination in a matter of few minutes.

Plus, it also helps that the cab fare is relatively cheap.

6. How should you dress in Kuwait?

Even though Kuwait is quite liberal in their dressing sense, you must still, however, follow a dress code.

Most women in Kuwait wear modest clothing such as veils, which shows off a sense of self-respect. You are not required to do the same if you are a visitor or an immigrant, but try to be modest.

7. What about the culture and laws of Kuwait?

Kuwait is a Muslim country, so it makes sense to know the following if you don't want to land in trouble.

Both homosexuality and heterosexuality are a big taboo in Kuwait, so, if you belong to the LGBT community, you should make sure that you avoid showing off the public display of affection with the same gender and avoid engaging in any discussion about your sexual orientation.

And speaking of discussion…

If you like to unwind in a bar after a long bout of work and with a couple of beers by your side, then proceed with caution. Consuming alcohol is prohibited.

Other things such as pornographic material, pork, drugs are also a big no-no, and if found in your possession, can land you in jail.

I will not lie about the beaches. The beaches in Kuwait, are some of the greatest experiences that you can have during your time in Kuwait, though keep in mind that not all are worth it.

Some beaches in Kuwait are rubbish and not well looked after that it's better to avoid going near them. If you want to have a great beach session in Kuwait, you can either go to the Al Corniche Club or the Hilton Kuwait Resort.

Of course, there are other options such as Aqua Park, Messila Beach, and the Regency Hotel if you want a female-only beach, but do note that the Regency Hotel maybe a slightly pricier option than the other two.

9. Should you shop in Kuwait?

Apart from your time on the Kuwait beaches, if you think what else are the other things that you can you do in Kuwait, then you are in for a treat - a shopping treat, I mean.

There's a traditional market in Kuwait, known as 'Souq Mubarkiah' – you can get practically anything in that market that you can dream of. Right from jewelry to dresses, you will be spoilt for choices out there – and if that's not enough, there are also many cafes and restaurants lining the lanes of the market, that you can enjoy the delicious and scrumptious cuisines that Kuwait has to offer.

And of course, don't forget the shopping malls – right from the renowned names such as 360 Mall, The Avenues and the Marina Mall, there are quite a lot of them, and trust me, they will keep you occupied for hours.

10. Other activities in Kuwait to liven up your experience

What to do in Kuwait? If beaches and shopping are the only avenues that you thought Kuwait has to offer, then you are mistaken.

Heard of camel races? Of course, you have! The camel races in Kuwait are held at Kuwait Camel Race Club at Kabd, and you can't say that you have visited Kuwait without having a look at them. The camels for the races can speed up to 60 km/h, and what's interesting is that robot jockeys control them!

Of course, there's the desert too – the temperature in the desert can be quite alarming, so, make sure that you pack in lots of sunscreen, hats, and sunglasses to keep you company.

Last but not least is 'Failaka Island'. Located somewhat 25 km east of Kuwait City, this island though is empty today, it was a bustling place some years earlier, and you can go off on tour to visit the island that will show the effects of the war, of what the Gulf War had unleashed, such as destroyed schools, offices and hospitals.

A world filled with words, that's where Priyam wants to reside in. Living in an ethnically diverse nation, India, she has always been interested in travelling. She has been to more than 80 cities, before deciding that travelling has always been her call, and hence, a travel content developer. As a travel content developer, she has been a regular contributor to numerous travel blogs and magazines. When she's not smashing her keyboard for churning out new content, you can find her sipping coffee at her favourite old cafe with the latest travel magazine on her hand and a stack of the same by her side.