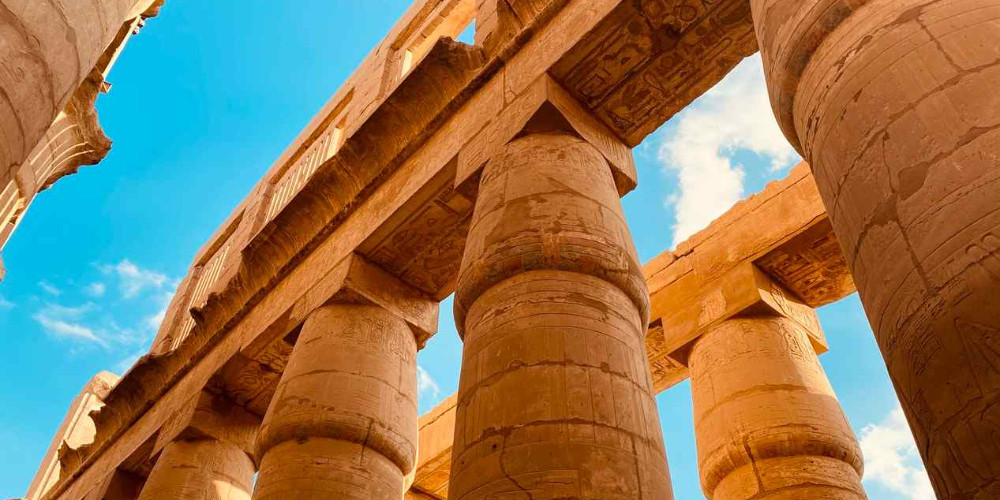 10 reasons why you should travel to Luxor instead of Cairo

1. The city of pyramids and tombs

2. Life on the East Coast

6. You will not be bored

8. Venice in the sand

Holidays in the resorts of Egypt are beaches, the sea, and certainly the pyramids. Are you wondering where is Egypt? Egypt is located in the northeastern corner of Africa. Some of its most popular tourist destinations are Luxor and Cairo: Two fundamentally different cities are suitable for different travel purposes. Luxor has collected a large number of ancient attractions, acquaintance with which truly reveals the land of the sea and sand. And Cairo is the modern capital of Egypt, located in the north of the country. Travelers often have the question of which city to choose out of these two. We will tell you why you should choose Luxor rather than Cairo for your first travel to Egypt.

1. The city of pyramids and tombs

Getting to know Egypt is worth starting with Luxor, located almost in the very center of the country, near the Nile. Luxor is the only city in Egypt where the largest number of ancient attractions is concentrated, most of which are located in the central part, so it will be much easier to find them. In Luxor, you can see all the Egyptian people's creations: majestic temples, ancient tombs, and huge statues.

One of the city's most famous tourist attractions is the statue of the sacred scarab beetle near the temple of Amun. Since ancient times, the Egyptians considered the scarab sacred, according to their faith, it represented solar energy and the afterlife. Tourists can try their luck: in Egypt, they believe that your wish will come true if you walk around the statue seven times.

Once in Luxor, don't forget to visit the Tomb of Ramesses III. It was built in honor of the god Amon. The uniqueness of this place lies in its unusual shape, which depicts a regular rectangle.

Another ancient monument of Egypt's cultural heritage is the ruins of the Temple of Osiris in Abydos. This place has also become popular with travelers from all over the world. The story goes that several centuries ago, during the reign of Pharaoh Seti I, the construction of a Magnificent temple was started on this site, and it was completed already under the next ruler − Ramesses II. Today, this historic site continues to delve into the depths of history, conducting excavations.

Among the temples of Luxor, Hatshepsut deserves great attention. It was named after the queen who ruled at the time of its construction. Archaeologists presumably call the date of construction of the temple 1482 BC. Nine years later, Hatshepsut was finally finished. When it was decorated with green plants that spread throughout the territory and deep pools filled with cool water. After Thutmose III came to power, he partially destroyed the temple, leaving only the walls intact. Today, the ruins of the once beautiful structure have been partially restored.

2. Life on the East Coast

You can't travel to Egypt and not see one of the world's longest rivers – the Nile. It stretches for more than 6,300 kilometers. The eastern side of the river flows in Luxor. On the western side, the tombs of ancient pharaohs are built.

Luxor's life is in full swing on the east coast, where there are hotels, Luxor restaurants, museums, shopping centers, and souvenir shops. Moving from this part of the city will be especially easy, all transport is concentrated here.

The local Egypt climate is also of great importance for tourists. Most of Egypt is occupied by deserts, so it is easy to guess that Luxor is dominated by desert tropical temperature conditions. In this city, the climate is practically no different from the rest of Egypt. The only difference is that the city is located at a decent distance from the sea, so there are most noticeable fluctuations in temperature. For example, in winter, there may be mild frosts, and in summer, the air temperature can rise to +50 °C. Because of the dry air, it is much easier to transfer the heat.

There will be no problems with communication in Luxor; relatively recently, the city has completely modernized telephone communication, which allows you to talk to people abroad without unnecessary difficulties.

Advice to novice tourists, to not waste time searching for tourist attractions, it is worth conditionally dividing Luxor into several districts, so it will be easier to get to the main places.

On the west coast of the Nile River, you can find the largest number of ancient graves and ruins, for example, Deir el-Bahri. The most popular tourist attractions among tourists are the Valley of the Kings, Medinet Abu, and the nobility's Tombs: Mena and Nakht.

In Luxor, you will find many establishments with hearty and delicious food. The local cuisine consists mainly of fresh seasonal vegetables. Gourmets will especially appreciate Baba Ganesh and oriental tabouleh salad. In addition to vegetable dishes, you can also find a wide variety of meat dishes in Luxor restaurants.

6. You will not be bored

In Luxor, you will not get bored, for example, you can go for a walk in the Valley of the Kings, along the way, do not forget to enjoy the colorful views, winding rocks, and endless sands that resemble another planet. For those who like cycling, the route that leads to the ancient Thebes is perfect. The path will not seem long and tedious; the whole walk will take about 20-30 minutes.

For a romantic mood, go on a two-day cruise to Aswan on the Nile on a felucca-a small ship that differs from the others by its oblique sail, which resembles a triangle in shape.

Another option for a romantic evening will be a hot air balloon tour, which will certainly give a lot of impressions. During an aerial walk, you can see the entire Valley of the Kings from above. This type of excursion is one of the most popular among tourists coming to Luxor.

Shopping is an integral part of any trip, Luxor is the best fit for this purpose. You can find all the most amazing products that truly reflect the atmosphere of this country only in the old markets. Not in boutiques and shopping centers, here you can find only primitive goods, which are already full in other countries.

You should go to the Old Market for unusual souvenirs, which is located on several streets near the Luxor Temple. Another favorite place for shopping among tourists is the Main Bazaar, which can be found in Abd-El-Hamid Taha.

The most popular goods that tourists take home in their suitcases are oriental sweets, unusual figurines for home decoration, clothes made of natural materials, and, of course, Egyptian cotton.

Leather and fur are products that are in high demand. Again, the quality is good, and the prices are relatively low. Most tourists like to buy bags and purses.

Essential oils and perfumes are also among those that are worth paying attention to in Luxor. It is best to buy oils in pharmacies, there is a particularly large selection and high quality. Among the perfumes in Egypt, oil perfumes are traditionally made. Their advantage is that they can remain resistant on the skin for a very long time, they can practically not deteriorate.

The most frequently purchased goods by tourists in Luxor and Egypt are henna, Israeli cosmetics, cosmetic oils, sun protection products, and various souvenirs. It is not difficult to find large shops and shopping centers in Luxor, however, it is best to go to traditional goods markets. In addition, the prices there are much lower.

8. Venice in the sand

It is difficult to find something in common between Luxor, a city covered with sand, and Italian Venice, however, there is one similarity – the main option of movement is small boats. Between the Eastern and Western banks, it is most convenient to move by water.

In Luxor, there should be no problems with transport, here you can easily catch a taxi or drive to the desired place on a minibus. On the east coast, the cost of a taxi is about $ 8, which is exactly half as much as on the West Coast. This price difference is because the airport is located closer to the East Coast.

Of the unusual ways of transportation that tourists are especially fond of are donkeys, they can be ordered through a travel company or found on the spot, there will be no problems with this. If desired, you can take a ride on a horse-drawn cart, the cost of such a trip will be about $2 per hour. It is best to arrange a trip in advance, so that there is no misunderstanding, as a rule, the owners of carts can increase the cost several times.

The most convenient and fastest way to get around Luxor city is to rent a car. Such services are located throughout the city.

Luxor impresses with its architecture, you can spend hours wandering the streets, looking at old houses, looking for echoes of past centuries in them. One of the most beautiful and well-preserved places are the Karnak and Luxor temples.

The Karnak Temple has stood in Luxor since the reign of Pharaoh Seti I. It was built in honor of the worship of one of the gods of Egypt – Amon. Archaeologists can only guess when the walls of the temple were built, presumably in 2000 BC. This is one of Egypt's most popular tourist destinations in second place after visiting the famous pyramids. The Karnak temple surprises with its majestic sixteen-meter columns, which, despite the time, we're able to resist. There are more than 130 of them in the temple.

Luxor Temple occupies an important place in the cultural and historical heritage of the country. Ramses II ordered its construction in the 13th century BC. The temple is located in the central part of Luxor on a mountain, towering over the streets of the city. The length of the temple is more than 250 meters. At the entrance to the temple, images of the Pharaoh and his wife, Nefertari, are carved in stone. For the first time, excavations in this place began in the early 19th century and continue to this day.

Once Karnak and Luxor temples were united by an alley of sphinxes, thanks to which it was possible to move from one building to another directly.

From Luxor, it is most convenient to continue the journey through Upper Egypt, the next points on the map will be Aswan and Abu Simbel.

Luxor is a multi-faceted and interesting city, from which it is best to start exploring Egypt. Many interesting sights preserve the history of the past. This city will make you look at the land of sand and sea in a new way. Egypt is famous not only for its Red Sea resorts, beach holidays, and coral reefs. This country of secrets and mysteries preserves the culture of great people. Visiting the majestic temples of Luxor, looking at the bizarre statues, walking through Luxor's old markets, you can feel the atmosphere of these places, touch the mysterious history of the African country.

Get your Egypt visa today and enjoy the beauties of Egypt. 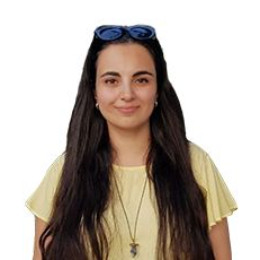 Nargiz was born in Russia where she grew up until the age of 12 before moving to Baku, Azerbaijan. At different life stages she lived in Turkey and Serbia. As of 2020, she has been to 38 cities in 11 countries. AIESEC Azerbaijan Alumna. She is fond of participating at youth projects and making friends with people from all around the world. Her biggest dream is to visit all the continents and as many countries as possible. Following her passion to travel, she joined the team of a “Trawell Group” company.