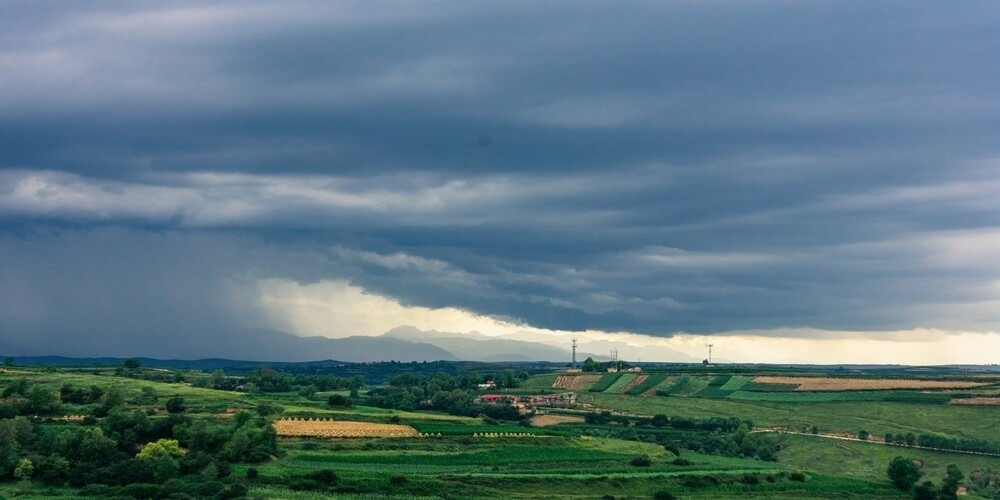 10 reasons why you should travel to Moldova right now

2. A Country Rich with Historical and Cultural Attractions

6. Explore the City of Contrasts

Each country has its own unique and diverse attractions and other historical places that can not leave visitors indifferent. Depending on their nature and the nature of their journey, a tourist chooses one or another country. If you are a lover of wine, history and various festivals and holidays, then the Republic of Moldova is the place for you. Where is Moldova located? Well, Moldova on the map is located in Southeast Europe and is a small hospitable country.

Although Moldova is a little-known and non-tourist country in Europe, not visiting it would be a big miss, as the country has beautiful nature, hospitable Moldova people, delicious food, and ancient sights. Are you still wondering if you should travel to Moldova? Then this article is for you. When you come to where is Moldova, the following "Moldova is something to see" becomes relevant. In this article, we have gathered ten reasons why it is worth visiting this beautiful corner of the world, which is at the junction of civilizations and cultures, although Moldova is a small country on the map, and of course, we will cover what to see in Moldova.

It is safe to say that winemaking is an outstanding sight of Moldova, and a tour of wine cellars will leave unique memories. Only in this country you will be able to find wine cellars, recorded in the Guinness Book of Records, because of their extensive collection of wines on the planet with 7000 years of winemaking tradition, two methods of production and 500 varieties of grapes. There are several wineries, which have a world name - Cricova, Purcari, Chateau Vartely, Asconi, which have turned into a business card of Moldova. For each of them, you can make excursions, get acquainted with the production of wine, old cellars and taste century-old bottles of wine. Cricova is a real legend, where there is an underground city (120 kilometres long) with streets that bear the names of famous wines, and excursions are carried out by unique electric cars. Chateau Purcari wines from the end of the XIX century became participants in international exhibitions held in France and received medals. If you want to experience paradise on earth and answer the question "what to see in Moldova", then you should try the ice-wain Purcari from the figure. Chateau Vartely winery will open before you a whole winery complex with vineyard slopes, where you will feel like in Switzerland. The youngest Asconi company produces white wines, roses and icewine for export.

2. A Country Rich with Historical and Cultural Attractions

It would be extremely unfair to travel to Moldova and not learn about its historical heritage. It is possible to do this by getting acquainted with its medieval fortresses, which were built back in 1353 - the time when the Moldovan Principality appeared - and other historical places.

Located on the bank of the Dniester River, Soroca Fortress is one of the main historical fortresses of Moldova, which today holds annual medieval festivals.

Also famous is the Bender Fortress, built according to the project of the Turkish architect and representing the symbol of the country.

Another architectural masterpiece is the Eiffel Bridge, which connects the two banks of the Prut River, on which Moldova and Romania are located. Yes yes! It is the same Gustave Eiffel who designed the famous tower.

Among other places, it is also worth seeing the Old Orhei - a historical site where traces of different civilizations were found. Fans of old settlements and open-air museums should go to Butuceni village, which has preserved folk architecture. There are also houses typical for Moldovan villages, and you can have a look at the old village houses and cellars and feel the local mood.

Many monasteries in the country are located between ancient forests and river banks, including one of the oldest rock monasteries in Europe, where is Moldova located. All of them are concentrated on such a small territory that this place is called the "Paradise Corner". While coming back from Orhei, be sure to visit the Church Monastery. The buildings, namely St. Dmitry's Church and the Church of the Nativity of the Blessed Virgin Mary, are essential sights of the country.

Tourists who travel to Moldova are often attracted by Tiraspol, the capital of the unrecognized Transnistrian republic, where the Soviet period is as if put on hold.

Another interesting point of your route should be the Soldanesti bunker - an underground building 13 floors high, which is one of the largest in the former Soviet Union.

The Republic of Moldova is most interesting in the days of festivals and events, most of which are associated, of course, with wine.

For example, at the first weekend of October, the National Wine Day is solemnly celebrated, the place of which is the Square of the Great National Assembly of Chisinau, where winemakers from all over Moldova show the results of their work. It is Wine Day that is among the top 3 popular autumn events among CIS countries.

Another great event here is the world's unique Underland Wine & Music Fest, which takes place every year in Cricova. The festival program includes masterclasses, tastings, show programs and many other activities.

These are only two of the most popular festivals, Moldova and Moldova are also famous for the spring (or summer) sweet festival Mai Dulce, summer fruit festival, pottery festivals, summer festivals of folk traditions Ia mania, autumn pumpkin festival Bostaniada, etc. The festival is held in Cricova.

Moldova is also famous for its palaces and castles, among which Mimi Castle and Manuc Bay Palace are popular, they receive guests from different countries. Mimi Castle, and also called Moldavian Versailles, gives the Moldavian landscape the lightness of the French Chateau.

Another sight, rivalling for the title of "Versailles of Moldavia", is the Palace of Manuc Bay, which is the only noble estate of the XIX century in the style of French classicism.

The Republic of Moldova is famous for its natural beauties, namely the reserves. A beautiful place in the country is the relict Lake Beleu, which is the largest water reservoir in the country and opens to tourists in all its unique beauty. Here is the reserve "Lower Prut", included in the UNESCO World Heritage List. The lake also serves as an excellent place for birdwatching and will pleasantly surprise you with its variety of birds.

If you are interested in bulky bison and noble deer, be sure to visit the reserve "Padurea Domneasca". Here is also the Valley of Sta Sta Hills, located near the Prut River. The uniqueness of the place lies in the fact that it all consists of small hills of correct shape, which in turn forms an Instagrammable landscape.

Other protected areas worthy of attention may be "Yagorlyk", Caul Park and "Rud-Arionesti".

It is the Republic of Moldova that is distinguished by its unique natural formations, which are called Toltri and represent the reef formations of the Sarmatian Sea 10-20 million years ago.

6. Explore the City of Contrasts

Chisinau is a city of contrasts. On the one hand, a fascinating architecture of the epoch of Soviet rule, on the other hand, ultra-modern buildings. The Academy of Sciences of Moldova, the central boulevard Stefan cel Mare, the hotel Chisinau, the central railway station - all these buildings serve as examples of Stalin's Empire. The past and future coexist in the city at the same time, which is visible even in the style of clothing and mentality of the local Moldova population. The unclassified symbol of Chisinau - two huge step houses at the entrance to the city - are the famous "City Gate", which were built in the late 70s. Other, later, but also worthy of attention buildings of the capital of the 80s of XX century, the Presidential Palace and Palace of the Republic. The pearl, however, remains the Chisinau State Circus – a unique building, which takes the form of a huge basket, with a sculpture of clowns on the facade. Many mosaics of the twentieth century were made with skill and amaze with their beauty.

In the capital, you will undoubtedly feel the modern appearance, namely fashionable boutiques, business centres, pedestrian streets and green alleys. It will be interesting for young tourists to discover the creative side of the city by visiting the yard of ARTCOR creative hub. The hub, which opened in early summer 2019, is considered one of the most unusual creations. ARTCOR, with its two-storey building and a yard with birches and sapphires, has a well-appointed public area. Building's roof is somewhat original, which later will turn into a green place accessible for visitors. ARTCOR is already on the list of nominees for the ArchDaily & Strelka Award and gradually becomes a centre of attraction for creative youth.

The majority of Moldova population lives in villages and towns; therefore, village culture is an integral part of residents. It is possible to get acquainted with it in agropastoral resorts, which are small centres of ecotourism. Being there, you can feel like a resident of an original Moldovan village. There are 20 of them in the country, receiving hundreds of tourists from different countries annually.

Moldovan cuisine is an obligatory item on the list of every visitor while getting acquainted with the country. It is the cuisine that unites all the variety of cultural influences. Romanian, Greek and Turkish forces dominate in the cuisine. Mamaliga with meat and grated cheese, very tasty Mittie and kyrncei (homemade meat sausages), boiled soup Zama with chicken and homemade noodles, vertruta, and placinta with cottage cheese is just a treat.

The local Moldova population is very friendly and open, and you will be a welcomed guest in the most oversized room of the house - Casa Mare, where the hosts, smiling at everyone, organize all the important events and family celebrations. Of course, one cannot do without a glass of homemade wine here. And if in other countries it is indecent to overeat when visiting, in Moldova it is considered impolite if you eat too little.

We can say that Chisinau is a city where there is a comfortable Moldova airport with several new lounges, a children's corner, a comfortable room for mothers and children, a beauty centre, a restaurant of national cuisine and various cute little cafes. Unexpected here is its own brewery, "Lumen Graft", on the second floor with a pub restaurant of the same name. In a word, there is enough entertainment here, and you shouldn't miss it for sure.

If you haven't been to Hollywood, but you want to be there, but you don't have such an opportunity, then you should travel to Moldova for an economical option of dream realization. The view, of course, is not the same as in Los Angeles, but the village of Coscalia, without skyscrapers and traffic jams, will go for single-storey America. 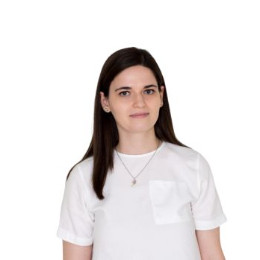 Yegana loves to travel and enjoys opening new places, getting acquainted with new people and their cultures. She agrees with scientist Ibn Battuta's quote that "Journeys deprive us of the gift of speech and then turn us into a better storyteller", as she cannot stop after each journey and tells everyone about the emotions she has experienced. She is the author of so many articles that she has lost their count. Most of all, she likes to write about the economy and travel. She believes that everything can be learned in this life, what is needed is only a strong desire and people who want to share their knowledge and experience. In turn, she also shares her knowledge with others, trying to make their world a little more exciting and beautiful.