11 reasons why you should travel to Rzeszow right now 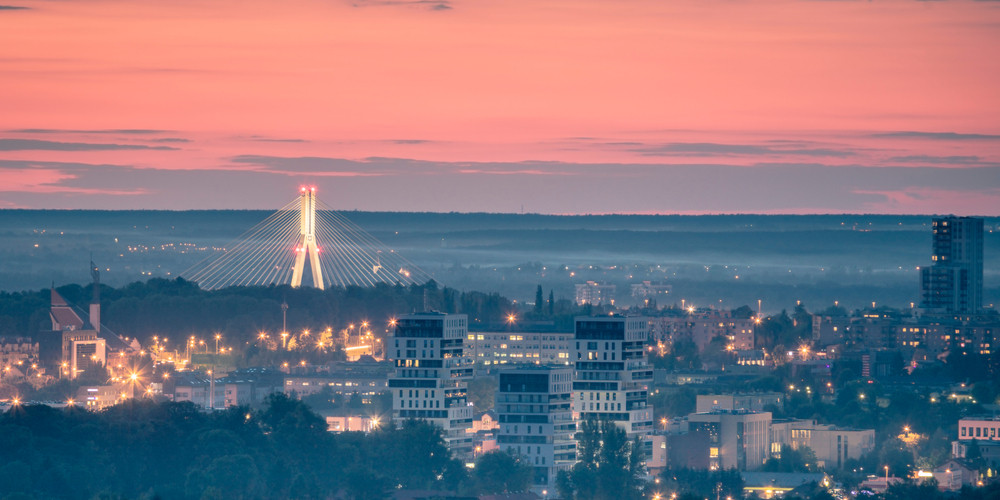 ? Rzeszow is situated in the southeast of Poland, and it is the largest city in this part. It is considered to be the main economic, cultural hub for this part of Poland. This city is one of the must-go places in the country. In general, Poland is a bit mysterious country to visit. This eastern European country has been overshadowed by the neighboring country - Germany. If you look at the statistics, you can easily come to this conclusion. In 2017 the number of tourists visiting Germany was over 80 million while in Poland, even though it was 18.3 million travelings during the summer peak, it was not even half of the Germany number. However, it can be a good sign for many. Many of us are already weary of visiting "famous" places. Traveling should be about exploring and experiencing new things, even the unknown. If you share similar thoughts, sit close to your screen because we will talk about a place where most people have not heard about. What is the meaning of traveling if the weather of the destination is not letting you enjoy your trip anyway? Unlike most Poland cities, Rzeszow weather is mostly warm and temperate, which is perfect for travelers. Another great thing about Rzeszow is that there are many high-ranked hotels in Rzeszow. Without further ado, let's find out other things to do in Rzeszow.

The first place in our list is Rzeszow Cellars or Underground tourist route, which is an underground chain of historical cellars that extends 369 meters. It runs under Market Square, which is another place we will cover later in this article. Here you will find 25 basements and 15 corridors, which will give you goosebumps. The atmosphere here is not different from horror movies. Here you will find many items related to the medieval era, such as iron bars and hinges. The cellars are believed to be constructed during the Tatar invasion and were used as shelters.

Like many big cities, Rzeszow has a market square. Market squares worldwide are originally designed for trading but then transformed into an open area where the most important buildings are situated, such as churches, high street shops, hotels, business premises, and cafes. Rzeszow's market square is a great place to explore and learn the nature of the city. This one dates back to the 15 century, and it is covered by antique pavement. It is the place for holding cultural events. You can chit-chat with Poland people as it is highly favorable for pedestrians and many people stroll here at night. You can buy things as souvenirs to remember the Market Square of Rzeszow.

Another great way to explore a city is by visiting museums. Franciszek Kotula Ethnographic Museum is an excellent place in this regard. To give visitors an idea of the city's history, many artifacts and exhibits depicting the village's former inhabitants are regularly displayed in this museum. Aside from such artifacts, you will find the collections of folk instruments made by local historical musicians.

This museum was recently established in 2002, but the museum's building dates back to the 17th century. It was deliberately placed in this building so that tourists can grasp a little bit of the city's history. Here the exhibits from the display called "Six centuries of Rzeszow's History (1354 - 1944)" are constantly displayed, which will walk you through the darkest ages of Europe. Many valuable war ravages and relics are gathered here. From ottoman sabers to the Great Seal of the Magistrates of Rzeszow you will find many interesting relics.

Lubomirski Castle is one of the landmarks of the city. The quadrilateral building has a tower for each corner, making it 4 in sum. The oldest part of the castle, built in the 14th century, owns a chapel that dates back to the 17th century. This enormous structure belonged to the Kmita-Szreniawit family. They were powerful and one of the wealthiest families in the 14th century. Within their lifespan, more instructions were carried out to fortify the castle further. It was untouchable till the Swedish empire's occupation. For a year, it was used as a headquarter to control surrounding areas. Upon the retreat of the Swedish troops, the castle was looted and lost its glory. After many wars, it shifted hand and became a property of Lubomirskis. You will find remnants of the renaissance in the castle, as it was home to many upper-class families.

We have already seen so many historical structures. But what can I say? The city is like an open-air museum. This Gothic-Baroque-styled church is one of the most valuable and magnificent structures in the city. It promises great pictures as well. The history of the church goes back to 1448. It had seen reconstructions and renovations many times. Here you will find Renaissance gravestones of the Rzeszowski family members who were well-known families, lived in the 16 and 17th centuries.

Being the only dramatic theatre in Rzeszow, Wanda Siemaszkowa Theatre has been running for more than 70 years. The theatre is comprised of two main buildings; one is where the main stage is situated. The theatre organizes different plays and festivals such as Rzeszowskie Spotkania Karnawałowe and Festiwal Nowego Teatru. During these festivals, which are held every year, many talented actors earn their chances to display their skills alongside famous Polish actors. Spectating such performances can feed your spiritual hunger.

This unique museum is considered to be a little gem of the city. The museum was dedicated to bedtime cartoons that many watched during their childhood. The idea of collecting these bedtime characters and making a museum for the display came from a collector named Wojciech Jama. Most of the artifacts in the museum are from the 70s. Here you will find original souvenirs that adorned bedtime tv programs back then. Aside from vintage toys, you can find board games once were most wanted and played by children. We believe it is a must-go place for people who want to feel a little bit nostalgic.

9. The Boulevards, Green Heart of Rzeszow

Situating on the shores of a river has its advantages. Like many others with a shoreline, Rzeszow is also benefiting from the perks that Wisłok river offers. The boulevards act as a recreational center, where people cycle, run and relax in nature. Things to Do in Rzeszow are many. Especially cycling is the main activity for locals. The bike paths, spaning area of a total of 140 km ensures smooth rides. Here you can find further facilities for playing golf or another sport. When it is sunny, people visit the boulevard for barbecuing. With its peaceful environment, the boulevard is perfect for nature lovers who seek to get away from the stress of busy city life.

have traditions and cultures unique to themselves. Many of the traditions preserve their old celebrations. Rzeszow is not an exception in this matter. Every year on May 3rd, citizens of Rzeszow celebrate constitution day by holding a festival called Paniaga (at least it was called Paniaga in the past). In one of Rzeszow's oldest streets, called 3 Maja street, people gather around and celebrate the festival with dances, food fastings, concerts.

11. Discover the best nightlife in Rzeszow

When we think of nightlife, we often imagine big vibrant cities like New York, Tokyo, etc. However, Rzeszow has a lot to offer for people who like going out at night for entertainment. Here one can find a variety of underground pubs for everyone's tastes. There is even an Irish pub that likes to enjoy Irish beverages. Furthermore, strolling around the city at night can be a different experience. You do not need to worry about safety, as the crime rate here is very low.

How to Go Rzeszow?

Apply for any visa in two clicks!
Topics
Cities
Do you want to get a Poland visa easily?
Get your visa now 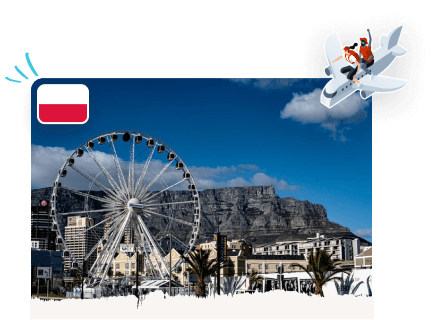