16 reasons why you should travel to Tunisia right now 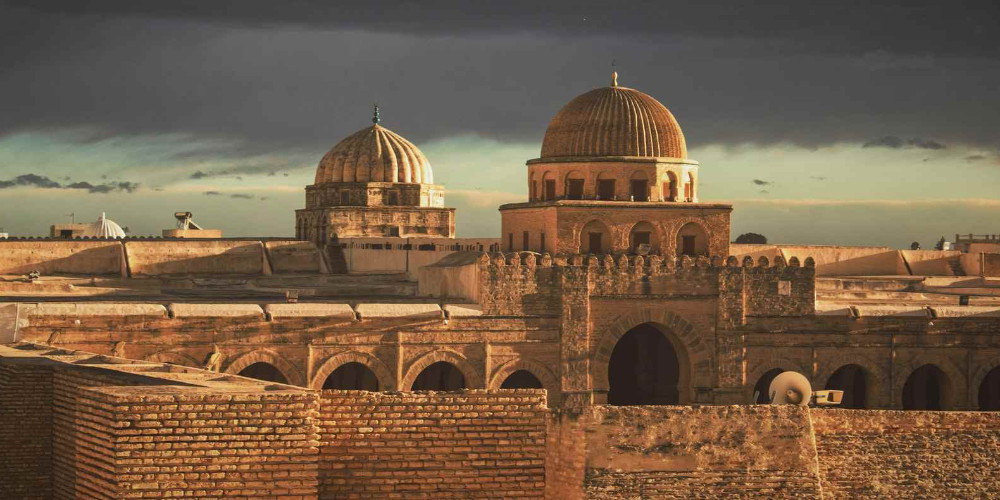 With the proliferation of terrorist attacks globally, security has become an important factor in choosing your tourist destination. Unfortunately not spared, Tunisia was affected by attacks in 2015 at the Bardo Museum and in Sousse. Soldiers have since trained the army and the police from all over the world, and the Tunisian security forces are now the best prepared to face terrorism. So, do not ask is it safe to travel to Tunisia. Tunisia is today a safe country where you can walk around at your convenience, day or night, without risking more danger than in France. However, you should avoid the border regions of Libya and Algeria and the mountains surrounding Kasserine.

Speaking of security, know that Tunisians are particularly concerned about foreigners who come to visit them. Their solicitude is moreover far from being their only quality. The 11.5 million Tunisia population is also honest and generous. You can usually count on them when they make a promise to you. They will make you laugh, with their sense of humour recognized throughout the Arab world, and teach you a lot about Tunisian culture and history. So do not hesitate to go and meet them, lifelong friends are waiting for you. By the way, the Tunisia language is Arabic, but many of the locals can speak French.

Depressed by the greyness? Go to Tunisia. You will find out why in June 2019, the first photovoltaic plant was built. In addition to enjoying the sun from January 1 to December 31, the Mediterranean climate will offer you a pleasant heat from April to May and from October to December to visit the country in the best conditions. From June to September, the scorching temperatures will promise you moments of pleasure by the pool or at the beach.

What good are the sun and the heat if you cannot make the most of them? For example, going to the beach, and the country does not lack from North to South. Go and enjoy 28° water from May to October, contemplate an azure sea, and rest on the fine sand of the enchanting beaches of Djerba, Hammamet, Sousse, or Monastir. Although the hotel beaches are quite large and you will not pile on top of each other, it is quite possible to explore the side and easily find deserted beaches to spend a pleasant time in Tunisia.

5. Between sea and desert

Do you not know how to choose between an adventure-filled vacation and lazing around? Tunisia is exactly what you need! In Djerba, you can spend your morning on magnificent beaches and set off in the afternoon in a four × four or on the back of a camel for an excursion into the Saharan sidereal void. For many travellers, the breathtaking beauty of the desert scenery has been a lasting memory. They will keep off their stay in Tunisia.

Although driving a bit particular in Tunisia does not encourage taking advantage of the freedom provided by renting a car, many modes of transport exist. The taxi is, for example, very affordable for trips within cities. A Taxi trip to Tunis should cost you a maximum of 10 dinars, a Tunisia currency, regardless of the distance. Tunis is also equipped with a metro-tram which serves the city centre and many tourist places. For trips between cities, prefer the bus or train. Also, you can get on ships sailing under the Tunisia flag.

Although populated late in the Neolithic, the inhabitants of Tunisia began to acquire a real cultural identity through the Berbers, whose presence has been attested for more than 6000 years. However, Tunisia is more internationally recognized for the influence that the Phoenician settlers, who arrived from present-day Lebanon, brought to the territory, especially with the founding of Carthage in 814 BC. Illustrious figures will emerge later from the Carthaginian Empire, such as Hannibal, who will later cross the Pyrenees and the Alps to invade the Roman Empire.

The traditional Arab markets, the souks are real institutions in Tunisia, and all deserve a visit. However, start with that of the Medina (old town) of downtown Tunis, the capital of Tunisia. A true oriental experience for the senses, let the emanations of mint or cumin delicately invade your soul. In the many stalls, you can buy souvenirs, typical clothing accessories, ceramic objects produced by hand, gold, silver. Bargaining for prices is part of the local Tunisia culture, so do not be ashamed to negotiate a discount.

Did you know that Donut is a national Tunisia dish? Probably not. It is called Bambalouni. It is inexpensive, delicious, and impossible to miss when you visit Sidi Bou Said. Served with sugar or dipped in honey, you can buy it at any street stall, especially on the side. Of course, Tunisian gastronomy is much more than Bambalouni. Shared by almost all the countries of the Maghreb, couscous cooked in various ways will satisfy the most ambitious stomachs. For the more adventurous, try Harissa, a red pepper puree very popular with Tunisians, which will spice up and go wonderfully with many dishes.

Do you dream of contemplating the setting sun of Tatouine, the planet where Anakin and Luke Skywalker grew up? Go for Ong Jmel, the Tunisian site where many scenes from the Star Wars saga were filmed. You will be able to visit the period decorations there, including the troglodyte dwellings of Matmata, the streets of Mos Espa, and the childhood home of Luke Skywalker.

Notice to feline lovers, Tunisia is your paradise! You cannot look down without seeing a cat's little face. Often timid, sometimes cuddly, and never aggressive, the Tunisian "khatouss" populate the streets of cities to the point of forming an integral part of the landscape.

The hammam allows you to have a new look. It may not be a Tunisian invention, but it has become a real art in Tunisia, to the point where many spa-hammam centres flourish, which also contributes to Tunisia's reputation. Some agree that the Russelior hotel (Hammamet) has the best spa while others defend that of the Movenpick hotel (Sousse).

In Bardo's suburb, take the time to contemplate in this museum the many imprints left by Tunisia's past, between Roman mosaics, frescoes, and sculptures. It is one of the most important museums in the Mediterranean basin for the richness of its collections.

The true nerve centre of the Medina of Tunis and is nicknamed the "olive tree mosque". With 184 ancient columns and nine entrances, it is the oldest and largest sanctuary in the capital. Therefore, it is a must when you visit Tunis and access it through the market in Medina.

Sing "Yalil, Yalil" and incidentally, have a drink there. This cafe, made popular thanks to the song by Patrick Bruel, is located 25 minutes from Tunis in the city of Sidi Bou Said. Take advantage of your visit to discover this pleasant village overlooking the Gulf of Tunis and its pretty white and blue houses mixing Arab and Andalusian architecture.

Paintball, quad, karting. You have the opportunity to discover many sports activities in Tunis. According to your tastes, your preferences, and your desires of the moment, the list is long. You will not be bored! And if you have a little more time to spare, why not organize a trip to the Tunisian desert.

Topics
Apply for any visa in two clicks!
Countries
Do you want to get a Tunisia visa easily?
Get your visa now 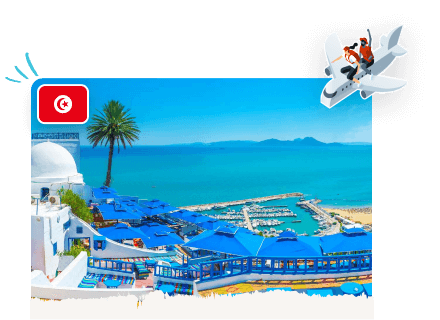