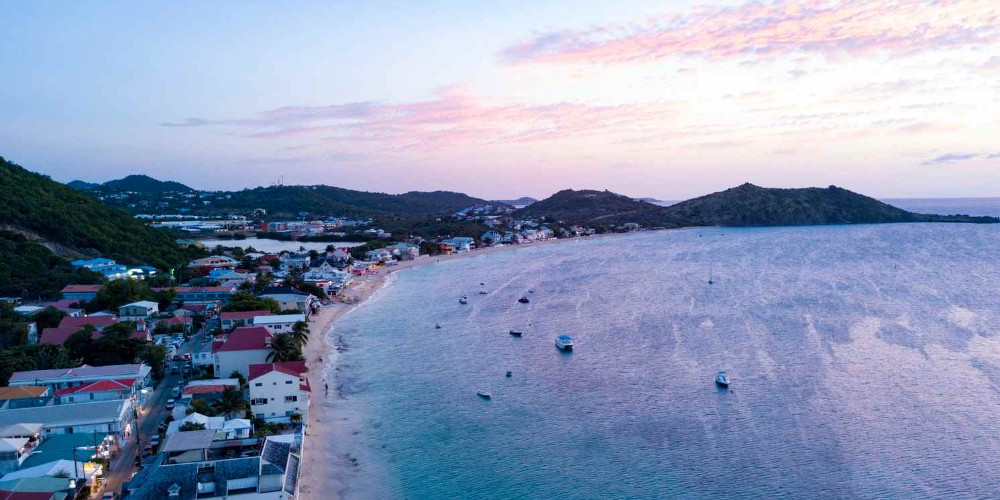 Atlantic Ocean view, warm weather all around the year, yet still being both in France and Netherlands? It sounds very confusing, but our next destination will definitely erase all your doubts about the place. Ladies and gentlemen, we are visiting Saint Martin Island! But wait, where is Saint Martin, again? To be completely precise, Saint Martin is an island situated roughly 300 km east of Puerto Rico in the northeast Caribbean Sea. It is widely known that when Christopher Columbus discovered it during his second voyage of exploration, he named the island in honor of Saint Martin of Tours. However, when he anchored offshore on November 11, 1493, the feast day of Saint Martin, he simply added the name to an island today called Nevis. Several incorrectly charted small islands' misunderstanding in the Leeward Islands meant that this name was mistakenly applied to the island now known as Saint Martin.

All in all, we can add that over 120 nationalities, most of which are French, Haitian, and European, are reported to occupy Saint Martin Island. The official language used in public government and schools is French, and English is also largely understood and spoken because of the widely spread history and context of the island's inhabitants. Haitian Creole and Guadeloupian Creole are the other major languages spoken. Now that we have already responded to the question of where is Saint Martin, we can continue with the most exciting part of our article. We will be discussing several reasons why when the restrictions due to Corona will be lifted, you literally have to pack your luggage and book the most suitable flights to Saint Martin!

Where is Saint Martin

? In France or the Netherlands, but wait, what about the Caribbean? Yes, I know it is confusing but let us get into it! Shockingly enough, the island still remains a European colony but what makes it even more unique is that it is right now separated by both the Netherlands and France! The island with an area of more than 87 square kilometers is split between the French Republic and the Kingdom of the Netherlands at approximately 60% to 40% rate among the "owners." Still, the population of both parts are relatively similar—the break dates to 1648. The southern part of the Netherlands includes Sint Maarten and is one of the four constituent countries which make up the Kingdom of the Netherlands. Here two major towns are Philipsburg on the Dutch side and Marigot on the French side. In the middle of a hill chain on the French side, Pic Paradis is the tallest hilltop. Both sides, with broad mountain tops, are hilly. This forms a valley with several houses. What is more interesting is that now both parts of Saint Martin Island have distinct features, which means your travel to Saint Martin by no means can fail to impress you with its uncommon atmosphere. Quite interesting, a border crossing is marked only by welcome signs and flags. What to do in Saint Martin? Besides hundreds of things to do, crossing borders freely is something that you cannot stop enjoying! Breakfast in the Netherlands and lunch in France? Sounds fascinating to me.

What is the best time to visit Saint Martin?

But what about the best time to visit Saint Martin? The eastern coast also referred to as the windy coast, is swept by trade winds that come into contact with the cliffs, gathering clouds and turning the sun into heavy downpours. This mix makes the vegetation lush and rich on the windy coast. The more secured limestone plateau of Terres Basses, to the far west, has drier coastal flora. Summertime is always at St. Martin's. St. Martin has a tropical climate, hot and humid, as elsewhere in the Caribbean, with temperatures tempered by trade winds, which only change subtly during the year. May and June are the best time to visit Saint Martin and St. Maarten, or between November and mid-December would work too. The weather on the island is good during the year, but there are periods when rainstorms are less possible.

There are two airports on the island, and daily flights to Saint Martin worldwide are realized. St. Maarten's Princess Juliana International Airport, your probable arrival point, was developed from a military airfield established by the United States in 1943 into the second busiest airport in the eastern Caribbean. A thoroughly modern facility, with restaurants, snack bars, ATMs, and car-rental kiosks, is Princess Juliana. American Airlines has regular non - stop flights to Saint Martin from New York's JFK and Miami. It provides more options and more frequent service to St. Maarten than any other carrier. American and its local partner, American Eagle, provide additional nonstop regular flights to St. Maarten. One carrier, from Tortola to Montserrat, Winair in the U.S., and Canada, specialize in operating fast routes to the northeastern Caribbean islands.

Regardless of your budget, you will definitely find the right spot that fits your style and budget. You will always receive the warm welcome that is typical of the hospitality tradition of St. Martin. From quaint hotels in Saint Martin and authentic vacation homes to dreamy villas and beach accommodation, St. Martin has many distinct accommodation types to choose from. One of the best examples of luxury hotels in Saint Martin is Belmond La Samanna. Belmond La Samanna, a secluded paradise for comfort, elegance, and excellent food, has always been ranked among the best hotels in the Caribbean for its service. This is the ideal spot in the heart of the Caribbean for a quiet visit.

Looking for things to do in Saint Martin? Head to one of the many beautiful beaches in Saint Martin. St. Martin is a magnificent island, as we already know, with wonderfully breath-taking scenery, stretching over 70 km of coastline. Each is remarkable, a testament to the island's prosperity and wealth, from untouched, quiet beaches to more colorful tourist ones. These 37 beaches are real pearls and are one of the Caribbean's most common. If you love deep-sea diving, surfing, canoeing, or just lolling and sunning on the warm sand, you are bound to find a beach that fits your mood. But my favorite Saint Martin beach is, definitely, Plum Bay. This splendid beach is very wild and has two distinct features. In calmer water, it is the ideal atmosphere for deep blue snorkeling. And with a strong wave, it becomes an adventurous sandbox for experienced surfers—no wonder why this Saint Martin beach is one of the best places to visit in Saint Martin.

What to do in Saint Martin?

Encircled by the beautiful Caribbean Sea, one of the island's most famous activities is to get off it! It is quick enough to plan sailing, kayaking, windsurfing, snorkeling, swimming, and every other water sport activity you can imagine, and several businesses are happy to take you out for the day. As St. Martin is in the center of the Lesser Antilles, other islands, such as Anguilla, are also very popular to visit. Shopping is also one of the best things to do in Saint Martin. Thanks to its duty-free status, shopping is nice on the island, but on Front Street in Philipsburg, the best prices on watches, electronics, and more are located. Make the Guavaberry Emporium and its primo-potent liqueur your first stop and order if browsing turns to buy. Head down to the eastern end of Front Street and the Coliseum Princess Casino's glittering slot machines if you still have money to burn. The best view over the whole island? Pic Paradis is unquestionably home to some of the finest views on the island, glowing down on the whitewashed houses and sandy beaches of Orient Bay, the pretty French Quarter or Orleans, and the brackish lagoons that encompass Philipsburg to the south.

Topics
Apply for any visa in two clicks!
Countries
Do you want to get a Saint Martin (French) visa easily?
Get your visa now 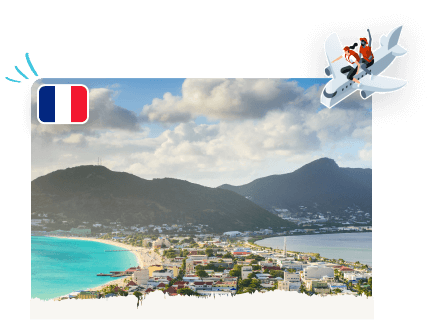