The 10 largest metro systems in the world 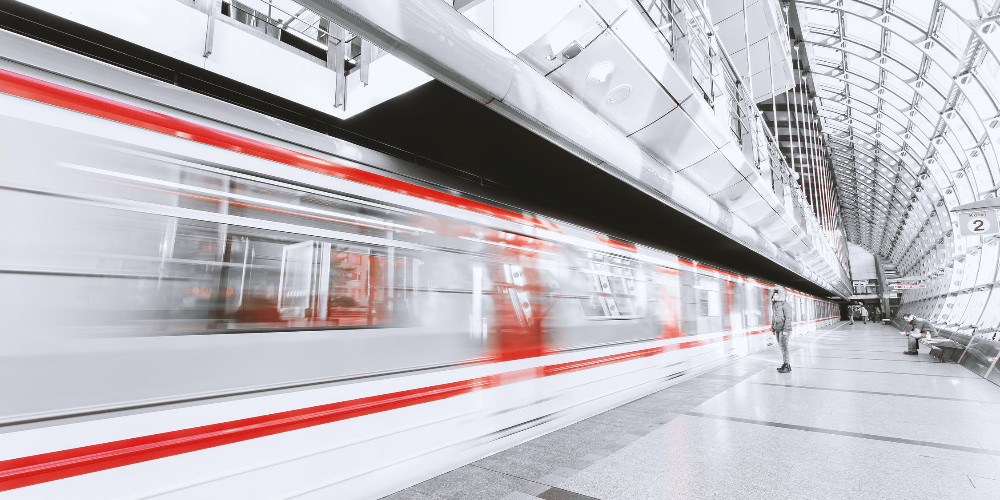 Metro is at the top of one of the most commonly used types of transport in the world. How good is metro systems? Every day, we prefer to use the metro several times when we go to school, hurry to work and, most importantly, try to get rid of traffic jams. It maintains its popularity and leadership among all other types of transportation, with its comfort and, most importantly, speed. Have you ever wondered what cities have metro systems? But metro systems are the largest, most extended, fastest with most stations in the world, and in which countries are they? There are many large metro systems in different parts of the world. However, I have always been interested in the metro system of the largest countries. Thus, we will answer all these questions as we look at the 10 most extensive and largest metro systems in the world.

Our largest metro systems list starts with the Delhi Metro in India. Despite being regarded as one of the new metros since it was opened in 2002, it has been ranked tenth on the list of the world's largest metro station. Although there are 285 stations in total, we should not forget that transfer stations are counted more than one. If 24 transfer stations are counted only once, then there will be 229 stations in total. The annual ridership of Delhi Metro, which has a total length of 389 km and is the eighth longest metro system in the world, was more than 900 million according to 2018 statistics.

Interestingly, we can say that the United Nations approved the Delhi Metro Railway Corporation in 2011 as the first metro system to reduce greenhouse gas emissions in the city by reducing carbon emissions. It is not surprising that the country, with a population of over 1 billion people, has taken such initiatives, taking into account the high number of subway use, and has taken severe measures to protect the air.

It is worth noting that one of the stations, "Park Pobedy," is the third deepest metro station with a depth of 84 meters.

The metro, launched in 1997, has been ranked eighth in the world with 257 stations, despite serving China's southern population for only 22 years. The daily ridership of the third-longest metro system with 478km route length is about 8 million times. It has reached its peak by 10.62 million ridership a day on June 6, this year. Overall, it was announced as the third metro system with a ridership of over 3 billion during 2018.

The Madrid metro system, which celebrated its 100th anniversary on October 17, was ranked sixth in our largest metro systems list with 302 stations. The total length is 293km. It is the least used metro system on our list, with more than 600 million annual ridership in 2018.

Interestingly, the Madrid metro system has as many escalators as it has ever been anywhere else in the world. It has a total of 1705 escalators and 529 elevators.

The Paris Metro, which was founded in 1900, precisely ten years after the London Underground, is known as the fifth oldest subway system in the world. It also ranks fifth in the world's largest metro systems list, with 302 stations, the same as the Madrid Metro. Nevertheless, we can even say that there are 303 stations, as the Montmartre funicular operates under the name "Funikulaire" as the 303rd "fake" station and is part of the metro system. It is daily ridership is over 4 million and over 1 billion annually.

In the following places, there will be only Asia on our largest metro systems in the world list. The Seoul metro, which opened in 1974, consists of 315 stations. It has a total route length of 340.4 km. It is known as one of the busiest metros in the world, with more than 1.9 billion annual ridership. There is a plan for new metro stations and lines that will be opened by 2024.

Although many articles say that there are 394 metro stations, 60 of them are transfer stations, and this number is double-counted. There are 331 stations in the Beijing Subway. The subway system, first launched in 1969, celebrated its 50th anniversary on October 1 this year. The total route length is 678.2km, but it is considered 669.4km without the Xijiao line. Therefore, Beijing Subway is the second longest metro system in the world. Its daily ridership is more than 10 million, but on July 12 this year, it was more than 13 million and, thus, broke a record. However, it was not content with the high performance; it ranked first in the list of busiest metros in the world with over 3.8 billion ridership annually. Nevertheless, I think it is not surprising that the capital city, with a population of over 21 million, has this figure and is in the top three in all three categories.

Not surprisingly, China, the world's most populous country, has two places in our 10 largest metro systems in the world list. The Shanghai Metro, which was first launched in 1993, is the second-largest metro in the world for 345 stations and the longest with a total length of 676 km. With a tiny difference, i.e., with over 3.7 billion ridership annually, it is the busiest metro in the world after the Beijing Subway. It has the same value as the Beijing Subway, with more than 10 million ridership in a day and 13 million records performance. As you can see, the dominance of the Chinese subway systems in all three categories speaks for itself.

Finally, we came to the New York City Subway, which is the leader in our largest metro systems list. The New York City Subway opened in 1904 and is considered the eighth oldest subway, is the world's most extensive metro system with 424 stations, leaving behind the second place with a significant difference. We can say that there are 472 stations if to count the transfer stations. 470 of these 472 stations operate 24 hours a day all year long. It is planned to give another 14 new stations into operation.

The first demonstration of the underground transit system in New York City was given by American inventor Alfred Ely Beach in 1869. Its construction began in 1900, and it was put into operation for the people of New York City in 1904. With a length of 394 km, it is the sixth-longest metro system in the world, the ninth busiest metro in the world with an annual ridership of 1.6 million.