Most amusing metro stations in Europe 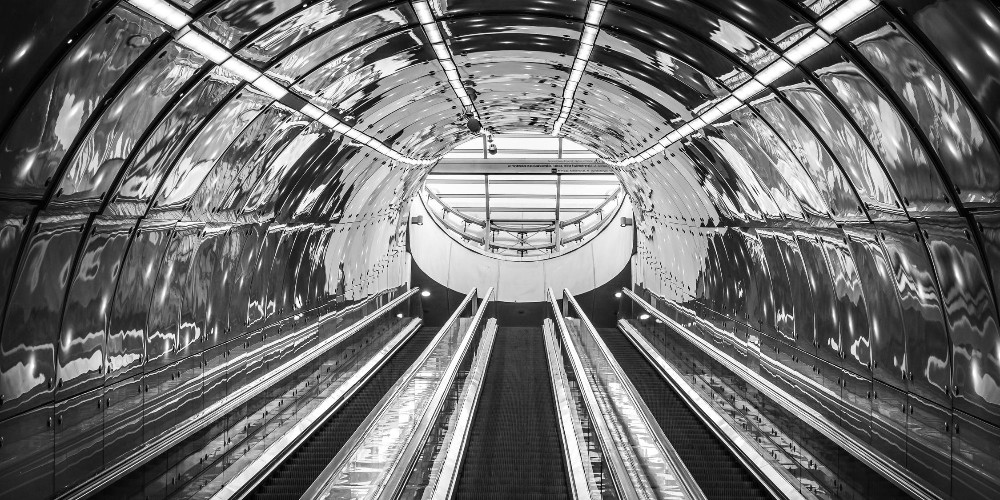 Being one of the essential parts of travelling, transportation is necessary. Alongside transportation having fun and an excellent time is also really crucial. Therefore, we have decided to present you with the most amusing metro stations in Europe. Europe is the heart of art and culture; no surprise, it reflects itself in its daily life, for instance, in metro stations. So, my friend, if you want to know "which city's metro has the most stations?" or "what are the largest metro areas in Europe?" come closer. Today we are going to explore the most amusing metro stations in Europe.

Russians are unique in most ways. They have their most influential writers, restless leaders, long history, and a beautiful language. Apart from that, Russia is a country of miracles. As today we are talking about the metro in Europe, let us just explore the metro stations in Russia as well. There are too many gorgeous metro stations in the capital city of Russia. Moscow is taking the attention of its tourists every time. You just need to travel to the Mayakovskaya, which is located on the Second Green Line. As you are going to spend a lot of time in the underground of Moscow, do not forget to travel with the First Green Line to see all these beautiful metro stations.

Remember, you were wondering, which city's metro has the most stations? Here is our answer. London Metro System is the most complicated metro in the world. Therefore, it would be highly appropriate to call London Metro an Underground, as it is an Underground system. London Underground started to function in 1863. Starting from that year, this metro has become one of the bests in the world. We are sure, during your visit to London, you will definitely need to use the London Metro. Luckily, your experience in this underground will be unique. In every station, you will experience the vintage underground vibes.

As you might have already heard, everybody is always busy in Germany. Work, work, work! This actually does not change when you are from another country. Even though you are a tourist in Munich, you might get distracted to reach places and spend your time in these places. However, it is worthwhile seeing all these beautiful stations on Munich U-Bahn. Everywhere in Germany, you will find metro stations designed neatly, but in Munich, you will fall in love with them.

In our opinion, one of the most amusing metro stations is located in Scotland, Glasgow. There is an interesting fact about this metro. Glasgow Subway has two circular routes. One of these routes is clockwise, and the other is anti-clockwise. Comparing to different metro stations in Europe, Glasgow Metro is pretty affordable for everyone. They say it takes 24 hours to see all the stations. Although it is an extensive metro station system, there are only a few popular stations in Glasgow Subway.

Warsaw, Warsaw! The capital city of Poland is for sure one of the most visited places on Earth. Of course, Warsaw is famous for many things, and it amazes its tourists every time. Apart from these beauties, Warsaw is renowned for its metro station system as well. The general design of the Warsaw metro stations is futuristic. In every station, you feel like an astronaut who is landing on Earth. Other than that, the scenarios are so realistic that it reminds you of the Sci-Fi movies. We are sure you will love the Warsaw metro stations.

In our opinion, one of the most fantastic metro stations in the world is St. Petersburg Metro in Russia. This metro is designed to attract everyone. Even though St. Petersburg is a perfect place for every traveller, only the St. Petersburg Metro can be your reason to visit this fantastic city. High ceilings and marble design will surely amaze you in this underground. The metro is quite affordable. You do not need to visit every 72 stations. It is worth seeing some of them.

Located in the heart of Caucasus, Georgia, is for sure one of the most amazing countries for your holiday. Unfortunately, we are not going to tell the same about the metro stations in Georgia. However, the metro station in the capital city of Georgia, worth being seen once in a lifetime. Although the Tbilisi Metro does not have the best designs and symbols inside, it has a great history. The Tbilisi Metro is built during the Soviet Union. Therefore, the design and the decoration of the metro is highly influenced by the Soviets. The main symbols we can see in the Tbilisi Metro are scholastic and scientific. Other than that, it is possible to find stations designed with graffiti art and street style.

As we already know, Germany has the best metro in Europe. Then we assume it is no surprise that the country has one of the largest metro areas in Europe are also in Germany. One of them is the Berlin U-Bahn. We believe this underground is the one with lots of history. The first year it was opened for the public was 1902. After Berlin was divided into two, the meteor station also gone under a few construction and changes. During the fall of the Berlin Wall, the Berlin U-Bahn was reopened for public use.

While visiting Portugal, people sometimes only see the metro stations in Lisbon. Even though Lisbon has quite interesting stations, there are other cities, which also has the best metro stations. For example, Porto is an amazing city, as well as its metro stations. This metro station is a museum carrying the attributes of minimalism and white colours. It feels heavenly in Porto metro stations.

They say, if you ever visit Italy, you should definitely use Naples Metro. Apart from having all these historical and tourist places, Italy is home to beautiful metro stations. Among all the artistic metro stations in Naples, the Toledo metro station will surely amaze you. Although they try to construct and renew the Naples Metro, it is still beautiful the way it is.

I hope you enjoyed our blog about the most amusing metro stations in Europe. We tried to provide information about the most interesting, most exciting, affordable, the ones with the most extended history, and so on. It is worthwhile to define your priorities and visit the country. Although many people see metro stations as only a form of transportation, as we can see from today's blog post, it is not only about transportation. Some people can spend their whole day in these metro stations and never get bored. Therefore, we hope that while you visit European countries, you will definitely pay attention to the smallest details, such a metro stations and the history of them. We wish you a lovely day and say goodbye to the next blog post. Have a nice one!