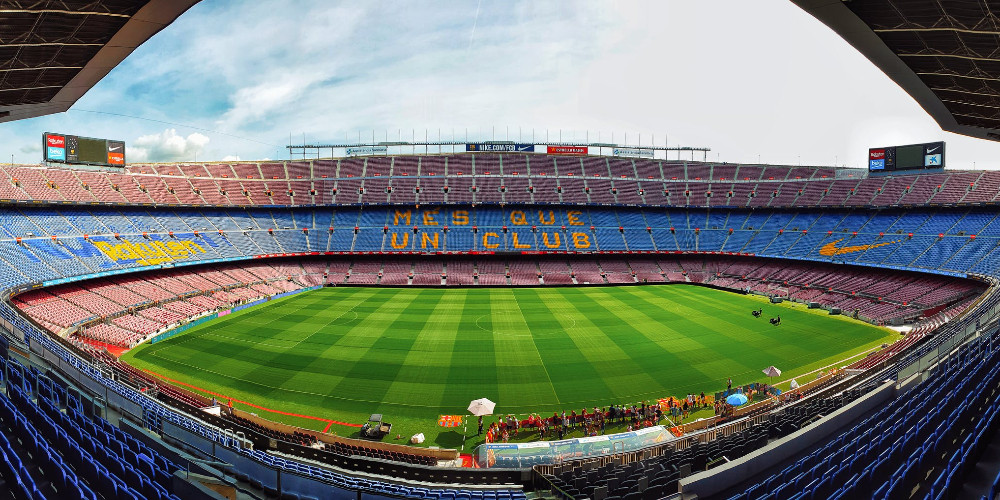 What is the value of FC Barcelona for the city of Barcelona and Spain?

How many fans does Barcelona have? How big is FC Barcelona worldwide fan base?

What are the best places to visit in Barcelona for FC Barcelona fans?

Barcelona, the largest city in Spain after Madrid and the capital of the autonomous region of Catalonia, has gained its fame with its world-known buildings by architect Gaudi, who directed the modern art movement, interesting city settlement with its grid plan, and of course, FC Barcelona’s success in the football world. Described as one of the most beautiful cities in the world, Barcelona welcomes millions of tourists every year.

What is the value of FC Barcelona for the city of Barcelona and Spain?

Football Club Barcelona is a Spanish team that competes in La Liga, Spain. Representing the Catalan region of Spain, Barcelona is one of the teams with the highest number of European trophies in the world. Barcelona, which represents Catalan culture, is the second most valuable team in the world. According to the research of Forbes Magazine, the brand value of the club is estimated to be approximately $ 3.2 billion.

Having enjoyed a total of 22 championships in La Liga, Barcelona has managed to become the second club with the highest number of championships in this field after Real Madrid. In addition to 22 championships achieved in La Liga, Barcelona, which has been successful in winning the Spanish King's Cup 26 times, has managed to become the most successful Spanish club in this field. Barcelona also has 11 Spanish Super Cups, but they have achieved their greatest successes in the European arena. Having 4 times UEFA Champions League championship, Barcelona has realized one of the very difficult records to achieve by winning the UEFA Cup Winners' Cup 4 times too.

While Barcelona is reaching serious victories in both national and European trophies, they have hosted or raised world-famous stars such as Lionel Messi, Diego Maradona, Hagi, Ronaldo, Rivaldo, Kluivert, Iniesta, Xavi, Ronaldinho, Henry, etc. Barcelona is playing their games in Camp Nou, which is one of the most famous stadiums in the world. The capacity of the stadium is almost 100,000.

How many fans does Barcelona have? How big is FC Barcelona worldwide fan base?

Perhaps the most important thing that makes FC Barcelona so special is their fan amount in the world. There are more than 250 million football fans of FC Barcelona all over the world.

What are the best places to visit in Barcelona for FC Barcelona fans?

For a reason, FC Barcelona is one of the most famous signs of Barcelona city, there are lots of special places that every FC Barcelona fan desire to visit in this city. We have listed some of these places for you!

Of course, Camp Nou stadium is on the top of the list! This great stadium, the world-famous home of FC Barcelona, is a great attraction not only for fans but for every tourist in this city. The stadium is open all the days throughout the year except on January 1 and December 25. The opening hours are adjusted depending on the matchday or team training schedule. With tickets worth €2.5, you can explore all the seats in the stadium and even sit on the bench. Camp Nou is the most visited place in the city of Barcelona.

Next on the list is La Masia, which was located next to Barcelona's Camp Nou Stadium a bit time ago. La Masia is one of the top places to visit in Barcelona. La Masia was turned into an academy where footballers from all over the world were trained since 1966 after it was established as a farmhouse in 1702. This old place which was near to Camp Nou, is no longer used because FC Barcelona moved La Masia academy to a new facility in Sant Joan Despi, which is located on a ten-minute car journey from the city center.

La Masia is definitely one of the most important academies in the football world as it has had a life-changing impact on football history. World football stars, such as Leonel Messi, Andres Iniesta, Xavi Hernandez, Gerard Pique, Carlos Puyol, Pep Guardiola, and others, were trained and raised by this youth academy.

La Masia has a deeply special place in every FC Barcelona fan’s heart. They can visit both old and new places of La Masia to explore this valuable youth coaching center for football and FC Barcelona history.

FC Barcelona museum is one of the best places to see in Barcelona. The museum is located in Camp Nou. When you visit Camp Nou, you must explore this enormous museum in which all the trophies that FC Barcelona gained in their history are presented to the world.

On 15 June 2010, the museum was reopened after a long restructuring. The restructure split the museum into three different sections with a 3D cinema, visual touch-screen, and information on the history of FC Barcelona. Since then, the museum can only be visited by booking the package Camp Nou Experience, which includes the entrance to the museum and a tour of the stadium.

The museum welcomes 1.2 million visitors a year, and this number ranks it the second after the Museu Picasso, which attracts 1.3 million visitors, as the most visited museum in the city of Barcelona.

Johan Cruyff is a true FC Barcelona legend for all the fans. He lived in a house on Pomaret street while he was FC Barcelona’s coach. Unfortunately, this house is not open to the public, but you can see it in the street. The property was sold by the Cruyff family.

Until the 1990s, FC Barcelona players celebrated their title successes at the Sant Jaume square. Sant Jaume square is located in the heart of Barcelona's old town. Nearby this square, there are some important buildings such as City Hall and the Palace of Government. In history, this square was the center of the ancient city of Barcino and was located on the main road.

Apply for your Spain visa now and make the best football-themed travel ever real!

Time, Bunol turns to red Two days in Barcelona with Dan Brown Top 10 Football Clubs With Most Fans In The World