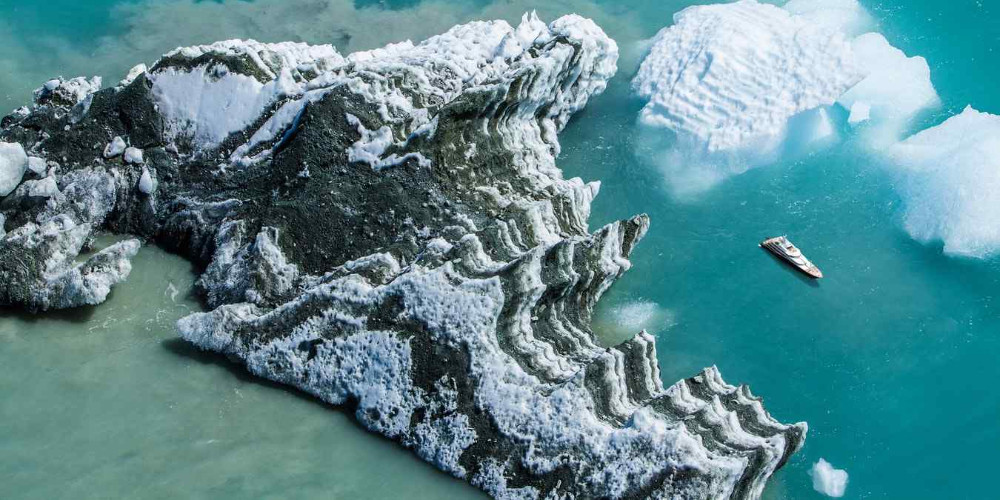 Everything you need to know about French Southern Territories

Have you ever caught yourself wondering about the most remote corners in the world? How do you even find out that such places exist? If the answer is yes, then this article might be exactly for you. I will tell you about the overseas territories of France. You will see information about those only in the rarest of travel blogs. Here goes an article about one of the most unique destinations - the French Southern territories region!

What are French Southern territories?

Let me try to answer concisely. The full name of the place is French Southern and Antarctic territories, or the French Southern and Antarctic Lands. The abbreviation for this long name is TAAF (from Terres Australes et Antarctiques Françaises, in French). It consists of three parts, if you may say. If you take a look at the French Southern Territories map, you will notice that it is a group of remote islands somewhere between Madagascar and the continent of Antarctica. Then there is a group called “The Scattered Islands” around Madagascar. And the Antarctic Lands or Adélie Land is a slice of the Antarctic continent a French explorer discovered in 1840.

In this article, we will focus on the first of those three parts. That is the French Southern Territories region. It consists of three smaller island groups: Crozet Isles, Kerguelen, and St.Paul & Amsterdam Isles. They are special for many reasons, but mostly their remote location that has allowed the lands to remain untouched and wild. So much that these islands have been named a UNESCO World Heritage Site for their unique landscape and biodiversity. Still unsure what are French Southern territories? Hold tight and read on - there is a lot more to discover!

What is the connection between French Southern and Antarctic territories and France?

In my opinion, the shortest way to answer this question is by saying: history! All of these territories were discovered by French explorers, some of them even named after them. And then in 1955, the territorial reform took place and they were officially formed as a region and named “overseas territory of France”. Unlike British overseas territories, French Southern and Antarctic territories are constitutionally a part of French land and country! Since 2004 the lands are governed by a prefect living on one of them, but until then they were governed by Paris. Let’s say - it is one of the great remnants of French colonialism of the older days, the most remote place you would never imagine calling “France”. But it is! Even their official currency is Euro!

What cities are in French Southern territories?

Getting an answer to the question “what cities are in French Southern territories” might be slightly disappointing. Take into consideration that the whole vast land is inhabited only by 120 people in winter and about 200 in summer. It just means that none of the settlements could actually be called cities. Additionally, the fact - all the people living there are either scientists or military personnel. Officially there is no permanent civilian population! With that said - the capital settlements are Port-aux-Français (Kerguelen islands), Alfred Faure (Crozet Islands), and Martin-de-Viviès (St.Paul and Amsterdam Islands). The full name sometimes used for the latter one is La Roche Godon, French Southern Territories. Neither one of those houses more than 100 people at a time.

How does the French Southern territories flag look?

Now let’s talk a little about these islands from the perspective of tourism. To be honest, I want to clear the air. There is no such notion as tourism in this part of the world. Or, let’s say, it is quite exclusive and nowhere near popular. The reasons will become very clear when you read the following paragraphs.

How can you reach the French Southern Territories region?

Just take a look at the French Southern Territories map and you will get why only the most committed of travelers will visit this remote piece of land. It is very far away from anything civilized! You have to be either a professional working in the respective field or very rich to reach this destination. One of the reasons is because you can get there only by a supply vessel that goes to the islands only four times per year: in April, August, November, and December. And each spot on The Marion Dufresne is invaluable since other professionals are taking the place to get there to perform their research for longer periods. By the way, this legendary vessel has been around since 1994 and is one of the most important tools for the French government in performing various research all over the world! Just being on it for a while is worth the hassle.

As for the trip itself, you can expect to pay 8789 EUR for a place in a shared cabin, or 17 340 EUR for an individual one. The journey will last about a month, and you have to book it a year ahead. The worst thing is - beds for tourists are subject to availability. Just because the primary goal of the vessel is to deliver personnel and supplies. If there is such availability, then there are only 8-12 spots in one turn. Keep in mind that on this trip you can expect to spend most of your days on The Marion Dufresne. Disembarking on the islands will be just occasional and under the supervision of a tourism officer. Some islands, like St.Paul, might even prohibit disembarking for tourism purposes!

If this got you curious, get more information about technicalities on their website (in French).

French Southern Territories map is rather scattered. When disembarking on the Island of Amsterdam to visit La Roche Godon, French Southern Territories will seem like a rather warm destination. The temperatures might be anywhere from -10C to 20C depending on the time of the year. The rest of them are located further South, which also means the temperatures are lower. Expect anything from -15C to +10C depending on the month you are visiting. Nevertheless, there is a commonality to all these islands. The wind and the rainfall - something you can rarely avoid throughout the year on such remote islands. If we are talking about the weather it would be smart to point out that you should have a strong gut if you want to visit these islands, too. The ship will sail rough seas and you WILL spend days and days on board before getting off to any firm land.

What are the things to do or see there?

You might have gotten the point - most people will choose a journey to these territories for the sake of the journey itself. Nevertheless, the islands have some seriously unique things to see.

First, forget any organized touristy activities. You will go there to explore, hike, and take in the beauty of wild nature and remoteness! Maybe take some pictures, but that’s it.

You will see lots of penguins, seals, and countless other birds, and animals in their natural habitat. The islands have gained their UNESCO badge for a reason! Just imagine thousands of thousands of penguins standing next to each other on the coast of a small bay, looking like a blanket covering the ground kilometers far. Charming, isn’t it?

The next thing you might observe is the islands themselves. Going on long hikes to take in the beauty of that untouched biodiversity and the rough landscapes formed by the harsh winds and seas throughout times. Steep cliffs that fall deep into the sea, ridges, craters, and the most pristine bays. In warmer months, you will be able to walk through plantations of indigenous shrubs like Island Cape myrtle.

Just like in La Roche Godon, French Southern Territories might be an interesting place to have a glimpse of how scientists work on their research in fields like climate, marine biology, seismology, etc. Some of the remotest research stations that have operated since the 1950s and supplying the world with new data about changes in our weather patterns as well as the living creatures. It might be worth debunking some myths created by the international movie industry. After all, how many people can say they have been in an international research station in the middle of the Indian Ocean?

Forget questions like “what cities are in French Southern Territories” and “what are French Southern Territories?”. If your pocket is deep enough to afford it, just take a leap of faith and go on the most exciting and unique expedition of your life! Such experiences are something you will remember in your last days and will be able to tell your kids and grandkids, too!

By the way, their homepage offers great visualizations and even more exciting information, just check it out!

Reasons to visit French Southern Territories How to travel to Antarctica? A region full of adventure and mystery! Top 10 football clubs with most fans in the world