5 countries to visit for history lovers 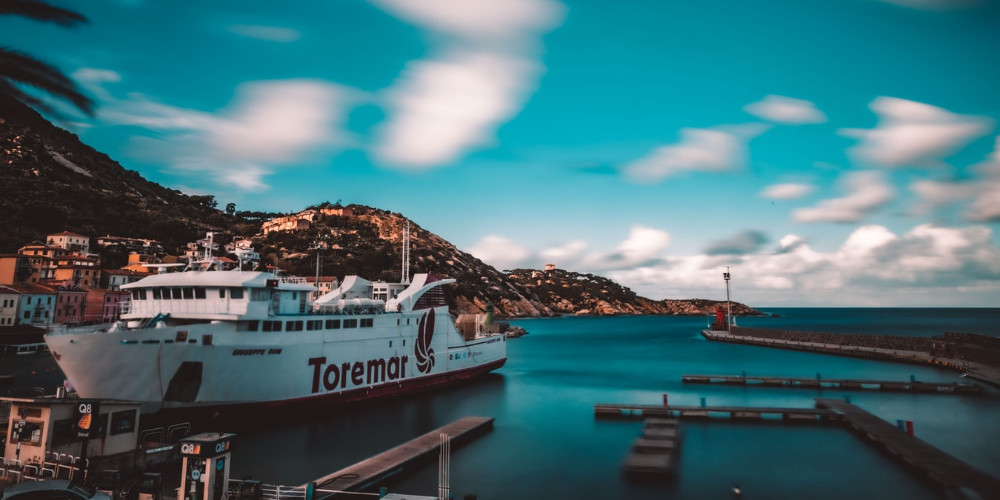 Italy is one of the best countries to visit for history. Italy could unite its territory as a state from 1861. Historical evidence of Italy dates back to 200.000 years ago. Throughout the time, Italy was the massive living place for Greek, Latin, and Etruscan civilizations. After it all, it was occupied by the Romans. Due to the legends, the Roman Empire was established in 753 B.C. Borders of these empires were spread from England to the Sahara and from Spain to the Caucasus. So, let's start with the question, what are the best historical sites to visit in Italy? The first answer is The Vatican Museum, of course. Its construction began in 1447 by Pope V Nicholas. The Vatican is one of the unique pearls of history that stayed alive until our time. Art and history are presented together in these museums. Manuscripts, books, coins, medals, and other printed materials will amaze you. Colosseum and Trevi Fountain would be other breath-taking places for your historical trip. Colosseum Colosseum is the largest Amphitheatre of the Romans. It is different from other theatres. Colosseum is the best answer to what are the best historical countries to visit? Unlike other amphitheatres that were dug into hillsides, Colosseum was built with stones and concrete. There were many gladiatorial combats and wild animal fights for more than 50 000 spectators. Mostly, spectators were men, although some gladiators were women. Gladiators were slaves, criminals, and prisoners.

Fountain De Trevi The Trevi Fountain is the oldest fountain of Rome. Established in 19 B.C., some people believe that fountains have the power to make their wishes happen when they throw coins over their shoulders into the fountain water. On average, 3000€ is thrown into it every day. All of the money is collected by the Caritas (Italian Charity).

is the next of the top countries to visit for history. We will provide the reasons below. Ephesus We will start with western Turkey's mystery - Ephesus, located in Izmir city. This antique city is considered UNESCO World Heritage Site. Here, many destinations will amaze you: Virgin Mary House, Seljuk Castle, Isa bey Mosque and also Baths, St. John's Basilica, Artemis Temple, and so on. These places were the witnesses of the Hellenistic, Rome, and Ottoman empires. Nemrut, Adiyaman

The next destination is Nemrut, Adiyaman. Mount Nemrut is definitely worth seeing. Its architectural remains, unique view, ancient tomb, western, eastern, and northern terraces decorated with magnificent sculptures will astonish you. There is an essential detail that makes this place mysterious. There should be comb one of the famous kings, but it has not been found yet. Xanthos and Letoon Antique Villages

Xanthos and Letoon villages are our next stop, located 46 km from Fethiye and near Kinik village. These antique villages have been included in the UNESCO World Heritage List since 1988. Xanthos was first mentioned in the 500s B.C. It was an essential political and cultural place. The other village, Letoon, comes to our time from the late sixth century BCE. It was named in honour of Leto, who was pregnant by Zeus. Myra Ancient City

Myra Ancient city is famous for its St. Nicholas Church, theatre, and rock combs. The original name of the antique city is "Myrrh." The name of Saint sounds familiar to you, isn't it? Yeah, we know that it is hard to believe that the one known as Santa Claus lived in Anatolia. But that's the truth!

Egypt is one of the best countries to visit for history. It is no coincidence that so many archaeologists want to participate in the research of Egypt's history. Egypt was the most important civilization of the Mediterranean until 332 BC. It has a unique cultural valuation with too many monuments, art objects, archaeological sites, and so on. Ancient Egypt, which existed for nearly 3000 years, had a complete civilization process. In Egypt, every monument, every art is included in the UNESCO World Heritage List. It will be better to go on tour, to get more and plump information about Egypt. So let's talk about destinations in Egypt. The Pyramids of Giza

Egyptians believe in life after death; that's why they put all of the valuable things and money in pyramids. Even they put food and meals into the comb. They believe that a man who died will be wealthy as in real life. The sarcophagus is made with brick or stone. The pyramids of Giza are named after the one who built them. The complex of these pyramids is one of the 7 Wonders of the World. Khafre, Khufu, and Menkaure are the names of the pyramids. Amon Temple

Amon Temple was made for an important chief God Amon. The temple is the largest religious temple in the world. There is a Sun figure that means Sun God Ra and the Death God Anubis monument with a jackal head. The Temple of Pharaoh Queen

Jordan is one of the top countries to visit for history. Jordan was part of the Assyrian, Roman, Babel civilization and state. In the 7th century, Jordan was occupied by the Arabs. During the 16th century, it was a part of the Ottoman. During World War I, it was a part of England. Eventually, in 1946 Jordan gained its independence. The capital of Jordan is Amman. A lot of people are not taking Jordan into their interest point as an ancient place. But we will show you that it's worth it to be there. This country is wonderful with its ancient temples, fantastic nature, and historical buildings that will make your trip incredible. Petra Ancient City

The first destination of Jordan is Petra Ancient City. It can make Jordan answer to - what are the best historical countries to visit in the world? Petra consists of ruins of the Roman and Hellenistic periods. Petra is known as Raqmu by the locals. The city is located in Arabah Valley, between the Dead Sea and the Gulf of Aqaba. The first known settlement is recorded to have belonged to 9000 BC. It was the capital of the Nabataean Kingdom in 400 BC. There was a nomadic Arab community dealing with trade. You can also meet native Arabs called Bedouin. Roman Amphitheatre

Another destination of Jordan will be Roman Amphitheatre which belongs to the 2nd century. The amphitheatre consists of three sections and 6000 seats. Roman Amphitheatre is located in the capital Amman. It is an iconic place for events, thanks to its acoustic masters of Roma. Even if you will not believe it, there is a spot between seats and stages with a small sign. If you stop and talk at this point, your voice will resonate throughout the amphitheatre.

The next country is Iran, one of the best historical countries to visit for history. Maybe it sounds unexpected for you, but Iran has a very colourful history and interesting historical places. With a great historical past, Iran is the heirs of the Persian and Median empires at the present day. Iranians have a warrior character from the past. Even Persian wars with Greeks and Alexander the Great are spoken till nowadays. Iran is located in the Middle East. It has extensive industry and manufacture. The oil industry is an essential part of their industry. Persepolis

If you want to see the ruins of the Persian Empire, you should visit Persepolis, which is located about 70 km from the city of Shiraz. The town was established by the ruler Darius I. The ancient city of Persepolis has a lot of monuments, tombs of kings, and idols. After the victory of the Persians, the soldiers of Alexander the Great burned this city. The city was re-unearthed by archaeologists. Naqsh-e Jahan Square

The next destination in Iran is Naqsh-e Jahan Square, located in Esfahan city. It is also known as an "Imam Square." It is the heritage of the Safavids, which is an Azerbaijani-Islamic state. It consists of the Shah Mosque, Sheikh Lutfullah Mosque, Qeysarieh Portal and Kakh-e Ali Qapu. The complex is a pearl of the middle centuries. Thank you for reading this blog. We hope you enjoyed it!