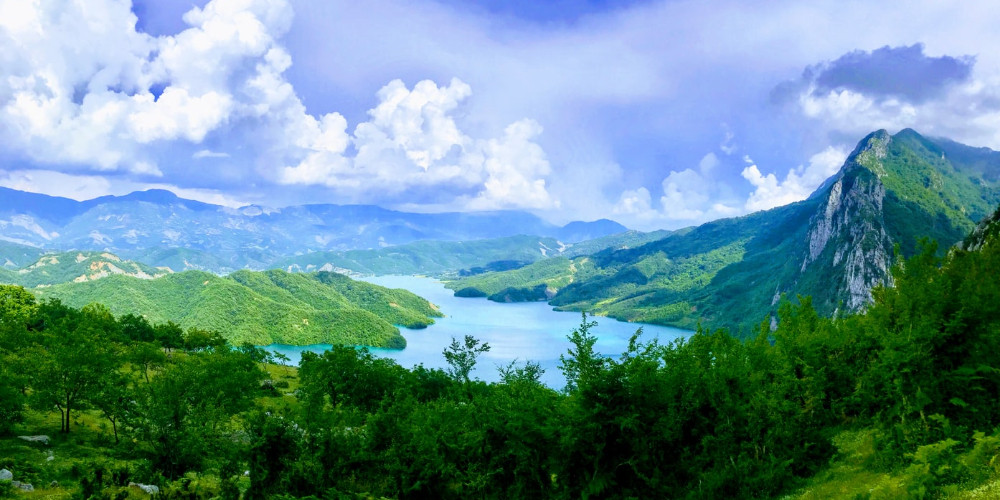 10 things I wish I knew before going to Albania

Where is Albania located?

3. Albania and the beaches along the Riviera

7. Raki is the answer to everything

8. The Albanian language is unique in Europe

9. Albania is a place for adventurers

10. There are more Albanian people in the world than Albania

Albania is one of the most interesting countries in Europe and one of the friendliest. It is also a place worth visiting if you want to experience a real adventure. The country will surprise you with its magnificent beaches, pristine valleys, delicious food, and friendly people.

That is why we have prepared a list of 10 facts you need to know before you travel to Albania to enjoy it for real!

Where is Albania located?

Albania on the map? What continent is it located on? Many people ask themselves these questions.

The Adriatic Sea surrounds the northern part of Albania, extending further into Montenegro and Croatia. In the southern part, it is surrounded by the Ionian Sea, which continues to Greece.

Albania is clearly bordered on the map by Kosovo, Greece, Montenegro, and Northern Macedonia. Half of the ethnic Albanians live outside the current borders of Albania.

Where is Albania located is now clear to us, but what about the etymology? The word Arban consists of two separate words: Ar (field, land) and Ban (make, make, work), hence the origin of the word Albania.

The word Albania (Arban, Arberii) was not used by the local Albani tribe to describe themselves but by other tribes who would describe their neighbors. So, probably, all those tribes that live near the Albani tribe must have seen that the locals are quite skilled in working with the land and therefore called them "people who know how to work with the land."

Tirana, the heart and capital of Albania, like all other European megacities, has endless movement and energy. With its clubs, bars, cafes, and taverns, Tirana is worth discovering both day and night. The hospitality shown to tourists is something that will mark your trip not only in Tirana but also throughout the country.

There are various thoughts about the origin of the name of the city. Some believe that it is associated with the Tyrrhenian (name of Etruscan origin), others - with the word Theranda or Tirkan (fortress at the Dajti).

Tirana is a relatively young capital. Sulejman Pasha Bargjini, a local ruler, founded the city in 1614. He built a mosque, a hammam, and a bakery, which at that time were the main institutions of the newborn city, today on the site where the monument to the Unknown Soldier stands. In 1816, the Toptani family came to the city. The most important date in the history of Tirana is February 11, 1920, when the Congress of Lushnje declared Tirana the temporary capital of Albania; the final status will be granted in 1925. After this act, the city has experienced constant growth, which continues to this day and has gained special momentum since 1990.

Now that we know so much about this wonderful country, it's time to go to the list of facts and attractions of Albania!

Albania is an amazing country, it's true, but one of the best things about traveling to the land of the eagles is that wherever you go, from the capital to the Riviera, from the mountains to the historic cities, you will be welcomed by the locals. Holidays in Albania - one of the friendliest countries you will visit in your life will definitely be brightened up by the kindness of the locals.

So if you travel to Albania, don't be afraid to ask for help; there will always be someone to help you find what you are looking for, whether it is accommodation, a place to eat, or something else.

One of the great things about Albania is that it is a religiously tolerant people. Christians, Muslims, Jews, and others feel safe and hospitable here. In each city, you will see an Orthodox church and a Catholic church a few meters from the mosque.

One of the first things you need to know before booking a trip to Albania is that this country is a very safe place to travel. You can travel with your children, with a loved one, or on your own (including women) without worrying about your safety, as in other countries. Health problems, crime, and terrorist threats are low even in large cities. As we have already said, the locals are very hospitable, and they will make sure that you feel at home.

3. Albania and the beaches along the Riviera

There is a good reason why the highest percentage of tourists visiting Albania come to its beaches: the Albanian Riviera has some of the best beaches in Europe. These pebbly or sandy shores outline crystal-blue waters that will nervously smoke on the sidelines in a beauty contest with the beaches of Italy, Greece, or Croatia. Albania, whose beaches are called the Riviera, is particularly famous for Drymades and Ksamil, but you will find magnificent stretches of sand all along the coast.

Albania's rugged coastline, with traditional villages nestled in secluded coves and golden beaches washed by turquoise waters, was a revelation when travelers first began discovering the country at the turn of the century. Since then, Europe's last pristine beaches have changed almost beyond recognition, but there are still plenty of reasons to come here and explore this magnificent coastline where the Adriatic and Ionian Seas meet.

A list of the best beaches can be found here.

All resort places in Albania can be divided into several categories:

* party places — such as Durres or Saranda, where there are many clubs, beach parties;

* places for recreation with children — for example, the bays of Vlora, Ksamil, where there is entertainment for children and a comfortable family holiday is expected.

Although Albania's stunning beaches are the reason many flocks to Albania, the country has much more to offer visitors. Albania, whose sights are full of mountains, archaeological sites, lakes and rivers, forests, and ancient cities, will simply take your breath away. When planning a trip, be sure to take enough time to explore the country and its many wonders.

Compared to neighboring countries, holidays in Albania are very affordable for any budget. Albania Resorts delight with a wide selection and excellent prices. You can spend a phenomenal week traveling around the country without robbing a bank. A double room in a 4-star hotel costs about 50 euros ($62 for 44 pounds) per night with breakfast included. Tirana is the most expensive city in Albania, but you still won't spend too much compared to other Eastern European cities. For example, dinner at a fancy restaurant costs 15-20 euros ($19-25 for 13-18 pounds) per person, but if you prefer dinner at a cafe, you can spend 5 euros ($6 for 5 pounds).

When it comes to entertainment, parks are free, while museums require tickets to enter, but the fee is very low, around 3-5 €. When shopping, keep in mind that many shops usually only charge the lek (Albanian currency), but hotels also charge euros. Credit cards are not accepted everywhere, so don't forget to bring some cash with you. So if you want to visit beautiful places without spending a fortune on them, you know what to do: book a trip to Albania as soon as possible!

Bring a pair of stretch pants with you, because Albanian cuisine is fantastic! The best dishes are delicious and affordable. Be sure to try as many dishes as possible while you're here, but start your culinary experience with Fegese (slow-cooked stew made with peppers, onions, spices, tomatoes, and cottage cheese), Tave Kosi (lamb and rice baked with yogurt and egg), Byrek (phyllo flake dough stuffed with savory fillings), Speca me Gjize (pepper in cottage cheese), Baklava (sweet puff pastry covered with syrup).

7. Raki is the answer to everything

Bad day? Drink raki. Good day? Drink raki. Don't you feel well? Drink raki. Do you want to celebrate something? Drink raki. For Albanian people, raki is the answer to everything, but what is it? Raki is an intense aromatic liqueur, very similar to grappa, as it is made from grape pomace. It is often seasoned with anise. Although its origin is Turkey, raki can be found throughout Albania and the Balkans.

8. The Albanian language is unique in Europe

Many European languages come from Greek, Latin, or Slavic families, but not Albanian. This ancient Albanian language has its own branch on the linguistic tree. Skip (the Albanian word for language) is not related to any other language in Europe, and even if there are several words similar to phrases in Italian, English, or other languages, it is unique. Albanians are very proud of their language, so try to learn a few words, they will really appreciate it. Here are some basics: pershendetje (hello), faleminderit (thank you), mirë (everything is fine), naten e mirë (good night), mirupafshim (goodbye).

9. Albania is a place for adventurers

A trip to Albania is a real adventure. If you don't like traveling on the beaten track, change your plans and go somewhere else. Why? Albania is a place for adventure lovers; if you rent a car, you will understand what we are talking about. People tend to cross the road when they want, drivers do whatever they want, and animals like to relax and sleep in the middle of the streets. Needless to say, driving around the country can be quite excruciating.

Another option, if you don't want to rent a car, is to travel around Albania by bus. There is no official timetable in Albania, so be patient and ask the locals where the bus stops. If you do not have a driving license, we strongly recommend taking a taxi, because buses do not always reach the places where you want to go.

10. There are more Albanian people in the world than Albania

Albania is a small country with about three million inhabitants, most of whom are located in the capital, Tirana. However, outside of Albania, mostly in the neighboring countries of Italy, Greece, Kosovo, Macedonia, and Montenegro, there are more than 10 million Albanian people. Many people have settled in the United States, Canada, Switzerland, Germany, and Turkey. 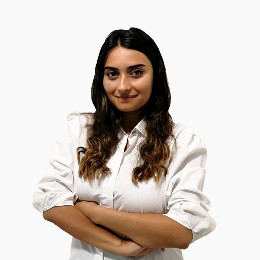