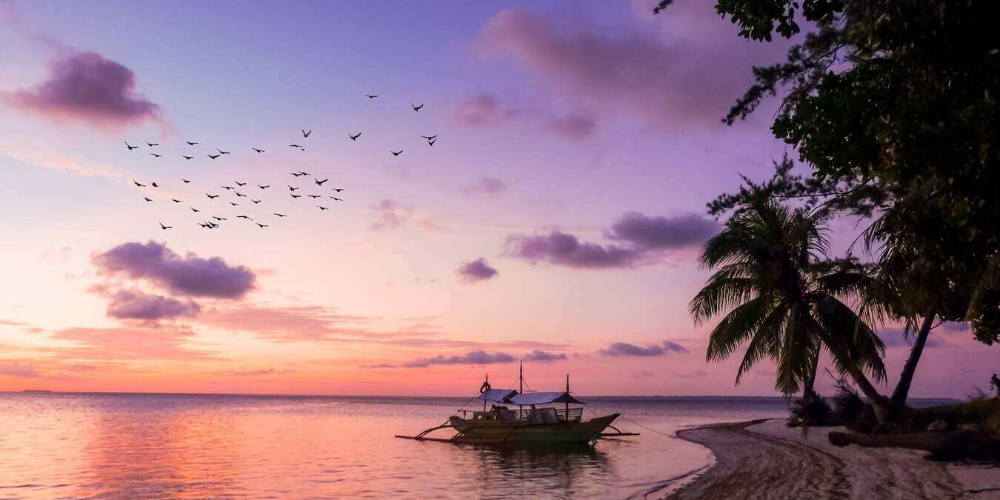 10 things I wish I knew before going to American Samoa

So, where is American Samoa? American Samoa is one of the unincorporated territories of the United States, which is the southernmost zone of this country. The territory is a union of several islands with a total area of 199 sq. km, located in the Pacific Ocean about 4,000 km northeast of Australia. Most of them belong to the Samoan archipelago.

American Samoa is not part of the United States but is directly governed by it, so these lands are considered as American Samoa US territories. English is the official language, along with Samoan. The administrative centre is the port city of Pago Pago, located on the island of Tutuila. This island is the largest and is home to 95% of the population, which in 2018 amounted to 55.7 thousand people.

We will tell you about 10 things you need to know before going to American Samoa.

1. What are the places you need to visit when you travel to American Samoa?

Primarily pride of American Samoa is the nature itself. Stunning landscapes around, the trill of tropical birds, the sound of the surf will make you forget about the bustle of big cities and their noise. American Samoa is popular with surfers and kitesurfers, with strong winds and currents making it ideal for water sports. These include fishing; it is exciting both for visiting tourists and for the local population. Being there, you need to visit the following ones: Pago Pago Harbor, Samoa Archipelago, Swain Atoll, Fagatele Bay, City of Pago-Pago, Gora Lata, and so on.

2. What can you buy in American Samoa?

Shopping in Eastern Samoa is very fun. The "heart" of shopping is the main island of Tutuila, where there are many shops, shopping centres that will surprise you with an abundance of souvenirs, flowers, fruits, and handicrafts. Here is a small list of popular souvenirs that tourists from Eastern Samoa most often bring: canoes made by hand, weapons made of wood, pandan fibre baskets and rugs, coconut shell decorations, clothes of local craftsmen.

There are some places about which we haven't tell you yet.

The highest point in American Samoa is the 650-meter peak Matafao. The stunning Nuuuili waterfall flows at its foot. American Samoa has other attractions that deserve tourist attention: Nuuili Pala Lagoon, the amazing Marine Turtle Sanctuary, the unusual Vaoto Marine Park, the Fagatele Bay Marine National Reserve, and the Private Island Swains Sanctuary. All these natural monuments are protected areas of national importance.

Also, fans of water sports should visit American Samoa, as windsurfing and diving fans from all over the world come to the country! Ride the waves at the famous Carter Beach and in Leone Bay and Alofay. And the best sandy beaches where you can get a bronze tan are the beaches of the village of Alega, located on the island of Tutuila.

We recommend that travellers get acquainted with the underwater world of American Samoa. Here you can see more than 200 species of coral, 890 species of fish, and several species of mammals. Fishing is also very eminent. You can rent a fishing boat from a hotel or local travel agency, or go to the yacht club in Utulei. In the local waters, you can catch striped tuna, marlin, wahoo, skipjack, and yellowtail tuna.

4. How to get to American Samoa?

• From the island of Fiji. Airplanes leave Fiji for Samoa twice a week, and a transit visa can be obtained when entering Fiji.

• From the United States of America. Samoa can be reached by transit through Los Angeles, but the difficulties of this flight rest against obtaining an American visa. If you are the owner of an American visa, then there is the option of flying from Guam or Hawaii.

Marine communication. The nearest communication by water is established only between neighbouring islands; therefore, there is the possibility of travelling on a yacht by sea.

5. What about the transport of American Samoa?

The tiny islands are one of the last places on earth where you can see the sunrise a day earlier every day due to the peculiarities of the location. Thanks to the isolated area that American Samoa is located in, there are still places relatively unexplored by tourists. Most of the natural beauty is located near the capital of Pago Pago, you can see them without hindrance, especially since getting around in American Samoa is quite simple.

American Samoa has one of three international airports, which is 11 kilometres from Pago Pago. The closest neighbour, Western Samoa, is a 45-minute flight, but in a different time zone.

As for the car and bus traffic - it is available on the island of Tutuila, only here the road infrastructure is developed. In addition to taxis and rented cars, you can move around the island on colourful AIGA buses that run throughout the island from the Fagatogo bus station.

6. What we want you to know for your safety in American Samoa US territories?

Before visiting the country, you must get a yellow fever vaccine. Vaccinations against hepatitis B, cholera, typhoid, Japanese encephalitis, and poliomyelitis are also recommended. It is recommended that you carry some protection against mosquitoes, as they are carriers of tropical fever. In general, American Samoa is a fairly safe country, if you follow basic precautions.

If you travel to American Samoa, you just need to visit the National Park of American Samoa because it is the main attraction of the country. It is located on the islands of Tau, Ofu, and Tutuila. The area of the park is about 36 km2. Most of the National Park is home to tropical relict forests that have already disappeared on other islands. The park is home to rare species of animals and birds, as well as picturesque coral reefs that are protected and closely watched. In the centre of the park is Mount Alava, 491 meters high. The National Park of American Samoa has a network of low-grade trails ideal for walking. They are located within the park itself, along the Pago Pago Bay, as well as in the northwest of Tutuila Island. The island also has a good golf club and several tennis courts. In the capital Pago Pago, you can visit the Haydon Museum to see Samoan arts and crafts.

8. What are the holidays of American Samoa?

Every July, American Samoa hosts a week of tourism. During this week, you can get acquainted with the country's achievements in the field of tourism, take part in sports competitions, numerous holidays and watch the traditional Miss American Samoa contest.

American Samoa's national holiday is Flag Day, which is celebrated in the second half of April. Celebrations include a Samoan Art Festival, canoe races, song and dance festivals, sports, and fishermen's competition.

9. What is the best time in American Samoa?

We recommend you to enjoy the tropical paradise from May to September, at this time the least rainfall will fall, and clear weather prevails on the islands. Besides, major holidays and festivals take place during the dry season. The worst time to visit American Samoa is from December to March because there are strong tropical cyclones causing earthquakes and tsunamis in the place where is American Samoa located. The air temperature throughout the year is stable at around +26 C.

10. Do you need an American Samoa visa?

American Samoa visa is a prerequisite for visiting this state. The territory of the country has an undefined status and is under the jurisdiction of the United States. You need to have a valid US visa and additional permission from the authorities of American Samoa to enter the territory of their state. To visit American Samoa US territories for another purpose, it is necessary to collect a package of documents for obtaining a visa, which can be obtained upon entering the country, having in hand an invitation from a hotel located in American Samoa. If the applicant already has a US visa, it will be much easier to obtain a permit to enter Samoa.

We hope that we could answer all the questions you have and give you useful points you need to know before travelling to American Samoa! Just read these points carefully and enjoy your time in American Samoa!