10 things I wish I knew before going to Eritrea 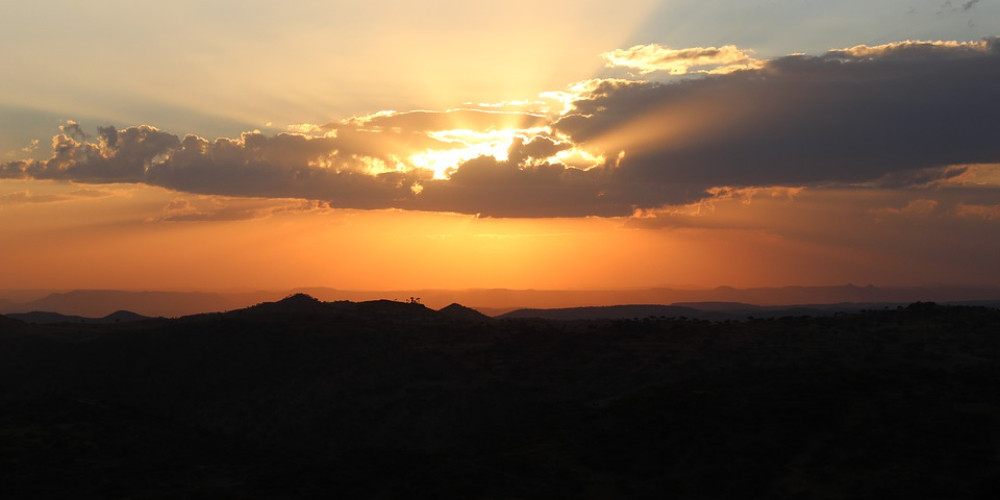 Eritrea does not hit the top lists of countries you would wish to visit in and Africa. Where is Eritrea located in Africa? Well, Eritrea is a small country situated in the Eastern part of Africa, specifically the Horn of Africa at the red sea banks. Owing to the fact that Eritrea has been home to some of the world's worst dictators, It is always referred to as the North Korea of Africa. Also, it is one of the largest suppliers of refugees the world over. So if you want to travel to Eritrea, you may want to know a lot of things before setting foot there. But today, let us look at ten of these things.

While you may desire to travel to Eritrea and tour the country, you may be surprised to find out that there are no regular flights. The national carrier, Eritrean Airlines, has little to no information on the online platforms and does not offer online booking services. Available sources once claimed that the country's airplane fleet consisted of the Boeing 737 and 767, seemingly grounded at the airport with no signs of life. The main airport is Asmara International Airport, which is always almost deserted, and you will rarely see any traveling activities underway. If you wanted to travel into Eritrea, you would have to land in the neighboring countries and maybe take a bus into the country for convenience. You can also consider the FlyDubai airlines, which makes four trips a week to Asmara from Dubai.

Are you planning to move to Eritrea for a long-term stay? If you are, then you certainly want to know about the naming culture of the Eritreans. The Eritreans don't embrace the concept of family names as they give individual first names to children when born. It is this first name that an individual uses for their entire lives. If you want to stay among these people for long, then you will have to blend in and probably also change your name to fit in. To differentiate many people with the same first name, a father's name is used as the second name and may be followed by a grandfather's name in the official documentation. If you get married to an Eritrean man, you will not need to change your second and third name but use the patronymic (father’s name) the family you are married into has held since birth.

Either as a sport or a means of transport, cycling has been loved in Eritrea since colonial rulership in the country. The culture itself was introduced into the Italians' country when they still ruled the country as one of their colonies. Today, the capital of Eritrea, Asmara, is always a beehive of activities, full of cyclists who are either moving to work or are just cycling for sport and exercise. You will easily blend into this cycling culture once you get into Eritrea. Getting a bicycle would help you cut on transport costs in short distance areas. You can as well join in completion or evening cycling to keep yourself fit. The popularity of cycling grew in Asmara, thanks to its location on a plateau that stretches 2.3 km above sea level. The capital of Eritrea is also reasonably dry, which makes it perfect for cycling.

Eritrea is one of the most poorly connected countries globally, with only about 1% of its population of about 6 million people using the internet. The 1% of Eritrea population using the internet has to put up poor connectivity and low internet speed. In Asmara, you can get access to the internet in the dozen internet cafes that are spread all over the city. You will have to pay 15 nakfa (which is less than a dollar) per hour for the internet. Hotels such as the Crystal Hotel will charge you 100 Eritrean nakfa per day for the internet. Foreign SIM cards do not work in Eritrea due to a lack of requisite roaming agreements. Getting a local SIM card would have you go through a bureaucratic process that will not work effectively since there is no 3G network in Eritrea. If you move closer to Ethiopian borders, you can access the Ethiopian network and access data on your device.

5. The Land of No-Return

You may be thinking of the cause of the increasing number of refugee cases in Eritrea. The country has some inhumane laws that demand that the nation's youth serve in the National Service for as long as the government wants, and the pay is meager. All this work is done amid unfavorable weather conditions, inadequate food and water supplies, and tiresome routines. There is a strain posed in the family, and the aspirations of the youths are thwarted. Many Eritreans are finding their way out, and upon successful escape, they never seem like wanting to go back there. If the Eritrea people find it hard to survive there, you can imagine how terrible it may be for visitors trying to settle there. These harsh conditions make it hard for the locals to be warm and welcoming.

6. Lack of Official Language in Eritrea

What language is spoken in Eritrea

? Eritrea is a multi-lingual state and lacks one official Eritrean language that can unite the country's people and even visitors. One identifiable language to over half of the Eritrea population is the Tigrinya language. It is widely spoken and considered the primary language in Eritrea and possibly could be the national Eritrea language if one was to be considered so. Other native languages in Eritrea include Beja, Afar, Kunama, Bilen, Dahlik, Saho, Nara, and Tigre. However, if you know some Italian language, you may have an easy time visiting Eritrea. The country had been under Italian rule for over 50 years up to 1941, and most of the elderly Eritreans have some varying degree of an Italian accent. Therefore, you can find people who can speak fluent Italian that may help you out in your stay there. Most of the Eritrea people working in the tourism sector speak fluent Italian, making it even easier for visitors to speak Italian to get easy services when they arrive in the country.

One of the primary means of transport for tourists within Eritrea is the old steam railway. When you get into the country, you get the rare chance to share this ride, which gives you an experience only the senior citizens of the country had back in the colonial days. Though slow (traveling about 10km/hour) and relatively uncomfortable, the train remains more affordable than the costly expenses of booking a full car. The train seemingly operates only when tourists flock to the country during western holiday periods. So if you visit Eritrea during these periods, you are likely to meet many other foreigners on the same train, which may be a pleasing or otherwise experience. When the train is in operation, the seats are scrambled for, which sometimes escalates into physical fights, and you may find yourself in between these fights.

Eritrean cuisine will make you want to visit Eritrea again and again. With the numerous ethnic groups in the country, you will surely have a wide range of delicacies. With all that diversity, there is a trend in almost all the Eritrean dishes that will make you realize you have an Eritrean meal. Most of the dishes take the form of Tsebhi, which is a stew that is somehow similar to curry served on a spongy flatbread known as Taita. Also, you will not miss Berbere, a peculiar spice blend prepared from chili powder and fenugreek ingredients used in the preparation of most Eritrean dishes. You will undoubtedly love the Eritrean dried beef cooked in a spicy sauce known as quanta. Other delicacies you will certainly want to try to include minced meat marinated in spices and herbs known as Kitfo, beef marinated in spices (Zilzil), a mild stew of meat (Alicha), spicy chicken (Dorho), and stew from ground chickpea flour, onions and tomatoes (Shiro) among others.

The Eritrean constitution grants the right of freedom of Eritrea religion or belief, but the constitution remained dormant since its ratification in 1997. This has left many Eritreans in confusing states when trying to exercise their freedom of worship. If you travel to Eritrea and want to exercise your freedom of worship, you can only do so if your religion falls under the four recognized religions. The Eritrean government recognizes only four religions: the Eritrean Orthodox Church, Sunni Islam, the Roman Catholic Church, and the Evangelical Church of Eritrea.

In Asmara, the hotel conditions range from scary situations to standard. If you are determined to spend less than $100 for accommodation, you have to forego hot water and to work electrical outlets. Also, due to the problems with an internet connection, you will have to contend with a slow internet connection or pay extra costs.

can be both thrilling and scary, depending on what you want to do and the time of the year you visit the country. If you plan to live in Eritrea for some time, you have to brace up for the cultural differences and tough jurisdictions running the country.

Topics
Apply for any visa in two clicks!
Countries
Do you want to get an Eritrea visa easily?
Get your visa now 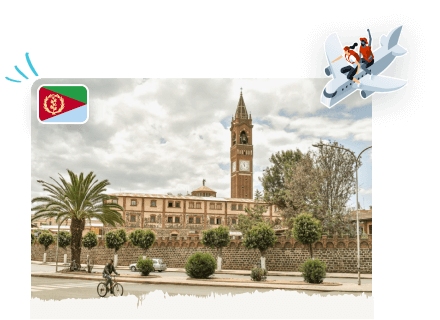