9 things I wish I knew before going to Guyana 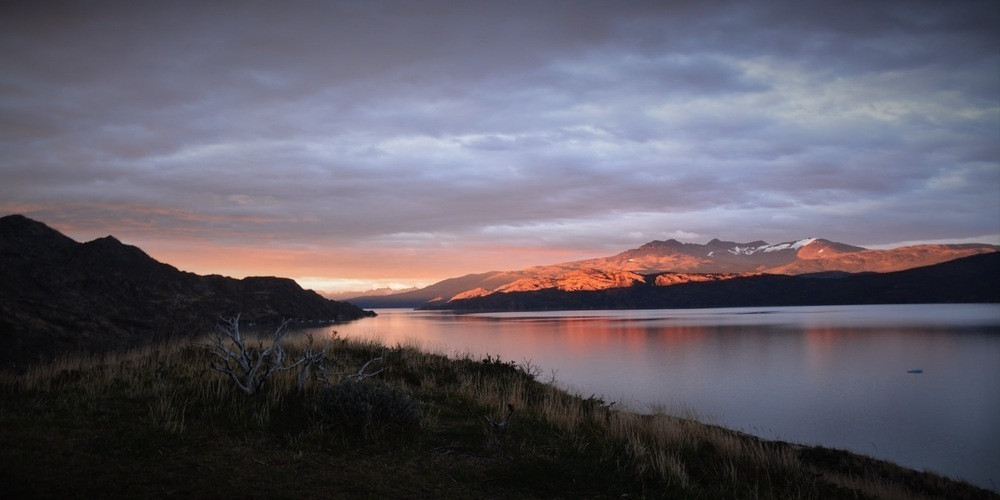 2020 is the year that you thought would be the year for traveling across the world in a big way. But the corona pandemic became a prominent hurdle in executing your vacation plans. But fortunately, the situation is getting under control, and governments are allowing tourists to visit their favorite countries. Our world has tons of wonderful vacation destinations, but Guyana should be on everyone's travel bucket list. You might have heard about its beauty and festivals from people, but it is really the time you visit there because the country is not known to many.

There are very few countries that can provide you the raw and authentic adventure that Guyana offers. Guyana is densely forested and is home to a variety of wild animal species. Guyana people are very motivated and joyful, who are converting their country into South America's best-kept ecotourism secret despite economic mismanagement, government instability, and corruption in the country. The country overall is not heavily populated as the Guyana population is quite less. This means the less hustle and bustle that will make sure you have a wonderful time in Guyana, enjoying a peaceful and less noisy environment.

Travel to Guyana to enjoy spending your time at its sweeping savannahs, unspoiled rainforests, meandering rivers, and golden beaches. People who have challenged themselves to visit the beautiful region can have earned many rich rewards offered by the country, such as breathtaking views, exotic wildlife, and humble Guyana people. The country's attractions are warmly welcoming and a little bit wild in equal measure. They range from the eye-catching natural splendor of Kaieteur Falls to the capital of Guyana, Georgetown's splendid, stilted houses. Going to Guyana is a smart move to watch some amazing natural and soothing scenes. People usually ask traveling companies about what airlines travel to Guyana. They will be surprised to know that not many airlines travel to Guyana. You don't know where is Guyana? It is on the continent of South America.

Guyana is a truly wonderful place that is the perfect vacation spot for a relaxing break. It is an untouched haven for daring adventures and amazing wildlife. People here speak English, which is the Guyana language, which also facilitates many tourists and makes it easy to communicate. Guyana language also includes some local variants of English-Creole, which is spoken in many parts of the country. The Guyana flag is very colorful and beautiful. Guyana flag is known as the Golden Arrowhead, which is the national flag of the country since May 1966. The Guyana flag has 5 colors representing prominent features of the country, such as green representing forestry and agricultural nature, and gold represents the wealth of the country. Time in Guyana is GMT/UTC- four hours during standard time.

The Guyana population is very small, about 790,000 only. The country is mostly comprising of virgin rainforests and accepts no more than 3000 tourists every year. The country's size is similar to Great Britain, but the population density is low because major tropical rainforest regions have less population. Despite the small Guyana population, the people are some of the world's most hospitable and always willingly lend you a helping hand. They are linked to 6 ancestral lines, including Portuguese, Indian, African, European, Amerindian, and Chinese. This spectacular blend is the reason why the country has a diverse and rich culture that can be seen clearly reflected in its festivals, foods, names, faces, architecture, and religion.

If we can catch your attention, then you might be wondering where is Guyana? This undiscovered gem is nestled between Brazil, Venezuela, and Suriname. The country is surrounded by the Atlantic Ocean, the great Amazon Jungle, and humongous mountains. Although this wonderland is on Northern South America's mainland, Guyana is considered a part of the Caribbean region because of its cultural and historical ties with many other countries present in the Caribbean region. Seeing all the smiling people, cool breezes, and happy faces, you will get amazing Caribbean vibes from here. The country is no less than heaven, and after living some moments here, you will find nothing but sheer beauty from its every corner. Travel to Guyana as soon as possible to witness it by yourself!

4. Is it safe to travel to Guyana?

While we are choosing a travel destination from our options, thoughts about its safety come to mind. The same goes for Guyana; while thinking about selecting Guyana, the question arises: Is it safe to travel to Guyana? If you look over the internet regarding its safety, you might come across high crime rate warnings, especially in the capital of Guyana. But it is not that dangerous as people think of it. Thousands of tourists travel to Guyana yearly and enjoy their time here. It proves that the high crime rate threat isn't that serious. But still, exercise caution and be careful while you are wandering around and looking at various places. You have to be sensible and heed the warnings that you find on your way. Generally, Guyana people are very hospitable, welcoming, and kind. You will feel nice talking to them and spending time with friendly strangers. You will feel safe, welcomed, and secure while you are discovering new Instagrammable places in the country. If anyone from your family asks you that is it safe to travel to Guyana, answer them positively. But just for the worst-case scenario, getting travel insurance is a smart move.

5. What airlines travel to Guyana?

While making their mind to travel to Guyana, one may ask: what airlines travel to Guyana? Multiple airlines are offering their services to tourists who wish to go to Guyana. These airlines include Dynamic International Airways, American Airlines, Surinam Airways, Insel Air, Copa Airlines, and Caribbean Airlines. There are only two airports in the capital of Guyana, Georgetown. The country's national airport is Cheddi Jagan International Airport, which is located at a distance of 41km from its capital, on the Demerara River's right bank.

The country is a natural habitat of multiple rare species of animals, and the chances of their sighting are very high. A trip to Guyana for wildlife lovers has to be proudly at the top of their bucket list. You can spot tapirs, jaguars, caiman, giant river otters, and more than 700 species of birds in its dense rainforests. In this sentence alone, there are enough reasons to convince you to travel to Guyana. But the wildlife doesn't end there, look beneath its rich water surface, and you can make a long list of sea animals that you will spot there. Guyana's marine life includes an abundance of fascinating amphibians, fishes, and reptiles. If you are willing to look at some of the more exotic inhabitants, you can find them here, but you are required to proceed with caution. There are numerous rainforest tenants having teeth as sharp as a razor and can tear down anything they want.

7. A country full of astonishing landscapes

The breathtaking landscapes of Guyana are certainly the most striking features of the country. It can be called as the "home to a lot of waters" as many huge rivers are winding their way through savannah and the jungle; small creeks, lakes, and huge and thundering waterfalls. Few of these creeks and rivers are present where Bushmasters often run kayak ventures. They flow through pristine and thick forests. You can take a kayak tour with a proper guide down the watery, winding path, and you will have a chance to view some of the most stunning sights of the continent. Take a good camera to test your natural photography skills and capture some spectacular moments and natural landscapes of Guyana.

8. The tallest wooden building in the world

If you want to see the world's tallest wooden building, then going to Guyana is your only option. St. George's Cathedral is located in the country's capital, Georgetown. It is reported to be the tallest wooden building. This church is known as the most majestic building of the capital. It was constructed from 1889 till 1894, and it has a structure made completely from a native hardwood known as greenheart. Besides being constructed from timber, the beautiful church is significant for its height, as it rises 44 meters above the city of Georgetown. The building's structure has a Gothic style, covered in pointed arches and flying buttresses.

Guyana is a must-visit country for foodies, as you will find a variety of delicious foods. The reason behind this wide range of Guyanese food is the influence of six different races on the food. The cuisine is rich in color, spices, flavors, and yummy tastes enough to tickle a foodie's taste buds. Some of the notable and must-try Guyanese dishes are cassava bread and Tuma pot, Amerindian piwari, curry and Indian style dhal puri, egg balls, garlic pork, African style metemgee, and cook-up rice. Many tourists recommend all of these foods, and these are quite affordable as well. The recipe and method of making these dishes vary from one area to another, making them quintessentially Guyanese. Try variants of these foods to experience various flavors that you cannot find anywhere else on the entire continent. Going to Guyana to try a new cuisine will not be disappointed by its taste and spices. You can also ask the people around you in the Guyana language about what foods they make there. Have a wonderful and splendid time in Guyana!

Apply for any visa in two clicks!
Topics
Countries