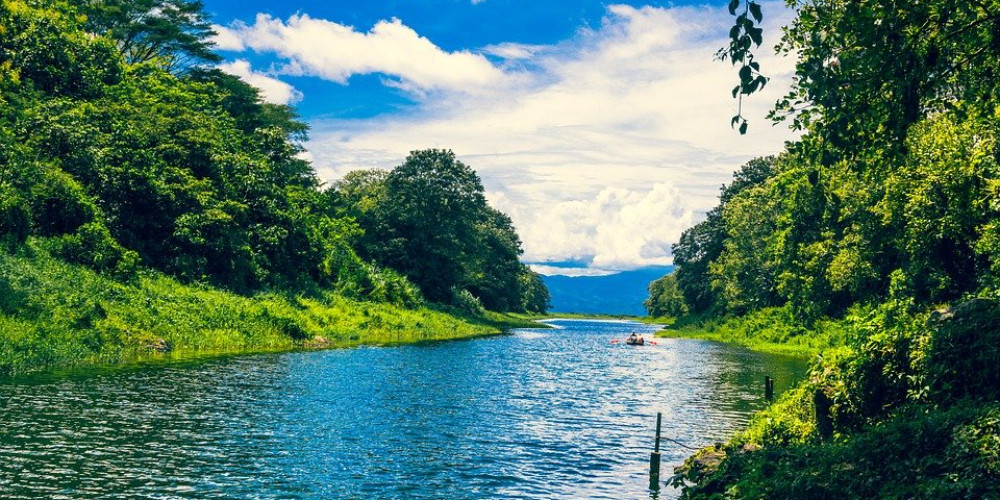 10 things I wish I knew before going to Honduras

2. Is it safe to travel to Honduras?

3. What is Honduras famous for?

6. What to buy in Honduras?

Magnificent buildings, modern architectural monuments, high-end brand restaurants, shops. Most people think that the holiday should be spent in such tourist places. There is one thing we forget: our brain loves chaos more than comfort. The primary source of chaos is in nature. Therefore, every second that is intertwined with nature gives us peace. You can ask where we can find those untouched forests, rivers, and lakes at a time when civilization is developing this fast? Good news! There are still such places; you just have to look for them. In today's post, I will talk about Honduras, one of them.

Honduras is a Central American country bordering the Pacific Ocean and the Caribbean Sea coastlines. The country's borders are Guatemala to the west, Nicaragua to the southeast, and El Salvador to the southwest. There are two capital cities in Honduras. The de facto capital of Honduras is Tegucigalpa. The city Comayaguela is known as the constitutional capital of Honduras.

The official language of Honduras is Spanish. There are a considerable number of English speakers in the country. Also, indigenous peoples such as Miskitu, Lenca, Garifuna in the rural areas of the country speak a unique common local language.

2. Is it safe to travel to Honduras?

Honduras is known as one of the most dangerous countries in the world. This can be related to various reasons, but in my opinion, this is due to the fact that Honduras is also a poor country. Researches show that there is a positive correlation between poverty and crime. If we express this in figures, we can see that the poverty rate decreased by 3.5% in 2015-2018 years. At the same time, the crime rate decreased by 30% in those years. And it continues to decline every year.

Honduras capital - Tegucigalpa, and another big city San Pedro Sula is known as one of the most dangerous cities in the world. Therefore, people are reluctant to go to Honduras when they see the news on the Internet and television. I want to tell you that the situation is not as scary as it is shown. If you don't go out at night and look for some illegal stuff, there is no reason to be afraid of Honduras.

Despite all the above, the people of Honduras are amicable and respectful. When you ask for help or need something, they will help you sincerely.

3. What is Honduras famous for?

Honduras is famous for its wildlife. Here is home to different sea creatures as it is located on the ocean shore. Dolphins, sharks, different corals types live off the coast of Honduras. It is also possible to find different parrots, toucans, and various animal species in Honduras. Speaking of parrots, Scarlet Macaw is the national bird of Honduras.

One of the famous places to visit in Honduras for sure is Roatan Island. The first thing that comes to my mind when talking about Roatan Island is coral reefs. On this quiet island, you can spend a peaceful time as well as have a great diving experience in one of the biggest coral reefs in the world.

Honduras is also famous for its cultural heritage. The western part of the country was home to Mayans and the rest to the first Mesoamerican Colombians. That's why Hondurans are called the descendants of the Mayans. Copan Mayas is living proof of this. Copan Sculpture Museum is another one of the important places to visit in Honduras in order to learn Maya heritage more deeply.

Another one of the famous places to visit in Honduras is Lake Yojoa. Ecotourism activities, water sports, and archaeological findings increase the lake's importance for Honduras.

In Honduras, you can easily find different types of transportations. Taking taxis or renting a car is very common in large cities like Tegucigalpa and San Pedro Sula. Locals call taxis directors, and negotiating before departure is advised because taxis do not use taximeters. Besides regular taxis, water taxis are very popular here too. Water taxis make it easy to travel between the Bay Islands. Renting scooters is also another usable option in getting around small distances. When it comes to trains and buses, although the rail network is not very developed, buses are the main form of public transportation.

For Hondurans, the main meal is lunch. They have a rich kitchen culture and use different cooking techniques. Beans, rice, and tortilla are served with almost every dish. The most typical food in the country is Plato tipico. It is served with a steak, fried potatoes, sauerkraut, beans, rice with sour cream, and tortilla. The price of this food in the local restaurants is around $6. If you want something more affordable, the prices start from $1.75 with Baleada Sencilla (tortilla, beans, sour cream, and cheese).

When it comes to the drinks, Licuado is one of the most favourable milkshakes here. Mango, coconut, banana, and watermelon are the main ingredients of Licuado. The prices of such kinds of drinks start from $0.75.

6. What to buy in Honduras?

You can find extraordinary authentic gifts at local markets in Honduras. Copan is the centre of handcrafting and bohemian designs. You can also find coastal memories on Bay Island in Honduras. Most of the shopping centres in the city are open every day except Sundays.

Before travelling to Honduras, it is recommended to follow the festival time in Honduras. Many festivals are held in the country throughout the year. The festival called Feria Juniana, which starts at the end of June every year and continues for months, is the most famous one in Honduras. The National Garifuna Festival, which is celebrated throughout the country, is also a festival not to be missed for those who want to get to know the country's culture, music, and tradition. The de La Virgen de Suyapa Festival is a religious event that is held in February. At this festival, people light candles and pray. People participating in this festival wear their traditional clothes and pass over the colourful carpets with a torch in their hands. These colourful sawdust carpets were created to greet the religious procession that marches towards them.

In the following list, you can find special days and holidays in Honduras:

•    Holy Friday, Holy Saturday, and Maundy Thursday are held in all Christian worlds as well as in Honduras. These events are celebrated in the last week of March.

•    Pan American Day shows unity among all American countries, including North, Central, and South America. The celebration day is on the 20th of April.

•    The 15th of September is celebrated as Independence Day in Honduras, which gained from Spain in 1821.

Honduras is a hot and humid country at all times of the year. Especially between September-February and May-October, the precipitation level is very high. If you want to spend the best time in Honduras, March-April is the recommended time to travel to Honduras.

In today's prices, 1 HNL equals 0.042 USD. If we consider that Honduras is the poorest country in Latin America and the monthly average income is 140 USD, then what is the cost of living in Honduras?

First of all, let's start with accommodation prices. They start at 6 USD in the hostels. In the middle range and top-end hotels, prices start 35 to 75 USD. Transportation costs vary between 1-25 USD depending on the mean of the transportation and distance of the trip.  Meal prices are also very affordable here, 5 to 25 USD. So, the daily cost of living in Honduras changes between 40 to 150 USD. I have already mentioned that Honduras is famous for its history, natural habitat, and coral reefs. So, you need to consider that besides these basic needs, you will have other possible expenses such as admission to museums (1-4 USD), diving courses (200-300 USD), and so on.

The word Honduras means "depths" in Spanish. It lives up to its name. There are so many places in Honduras to explore. All in all, I told you about Honduras, its beauties and what you need to know about the country as much as I can. The rest is yours. If there is one thing I'm sure of, this country will have incredible marks on you. Have the best time in Honduras.

Jamila is from Azerbaijan. She is 27 years old accountant who has travelled to several countries during her studies and employment years. She has a great passion for research, finding new places to discover and sharing them with friends. The desire to share her investigations with a wider audience prompted her to write blogs about travelling, music and art from her point of view.