10 things I wish I knew before going to Luxembourg 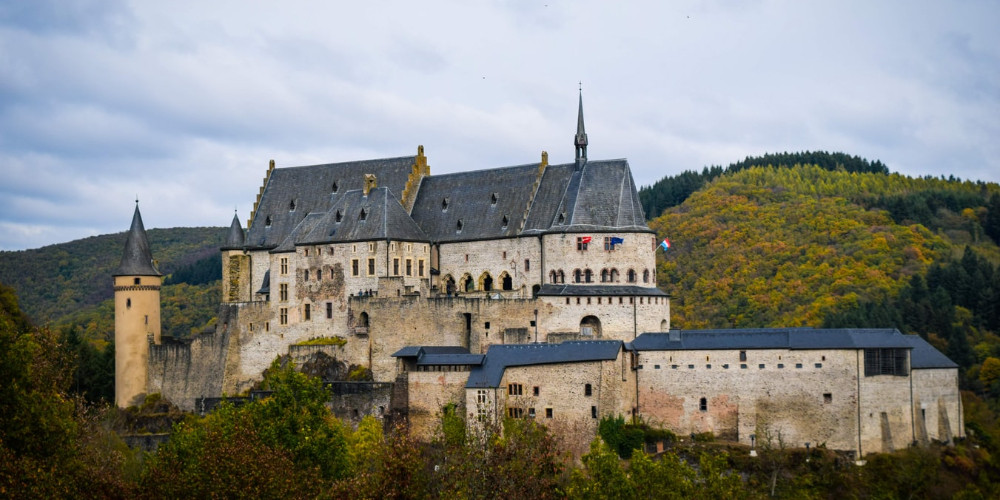 It is time to learn more about the richest country in Europe and the richest country in the world, namely Luxembourg. It is a member of the Benelux Union, a politico-economic union, alongside Belgium and the Netherlands. Where is Luxembourg? Officially the Grand Duchy of Luxembourg is a landlocked country located in Northwestern Europe. It borders Belgium on the west and north, France on the south, and Germany on the east. The capital is Luxembourg City. What language is spoken in Luxembourg? There are three official languages of the country, which are French, German, and the national Luxembourg language (Luxembourgish). It is considered to be a small country covering 2,586 square kilometers. One can drive from north to south for about two hours. Luxembourg population is around 627,000. Some people mistakenly think that the country is famous for its gardens, but Luxembourg Gardens are located in Paris, France. How to travel to Luxembourg? There are many ways, such as by air, in a car or on a bus, to travel to Luxembourg. In this article, I will specify 10 things you ought to know before you travel to Luxembourg.

The best time to travel to Luxembourg is from mid-spring to mid-fall. People mostly prefer to visit this wonderful country starting from May until mid-September. During this time, the weather is very good, and the temperature is just right at about 20-30°C. This is also the best time to visit Luxembourg to enjoy trees’ blossoming, picturesque views of mountains, go hiking and camping. If you do not like cold weather, then it is not recommended to travel to Luxembourg in the fall and winter. During this time, it gets cold. It rains and snows a lot so that you cannot enjoy wandering throughout Luxembourg City. During the winter, the weather gets as cold as -15°C, forcing you to travel everywhere in a car.

What language is spoken in Luxembourg? As mentioned earlier, officially Luxembourg language is comprised of three languages, namely French, German, and Luxembourgish. Basically, pupils in schools are first taught Luxembourgish, which is similar to German in terms of syntax and grammar. In primary school, children are taught the German language. Later in secondary school, French is taught to Luxembourgers. National Luxembourgish language is used on a daily basis for conversations, while French and German are mostly used for administrative matters. Compared to French, you can hear more people talking in German in their daily lives. French is, for example, used for road signs and directions. Most people in this beautiful trilingual country also speak English. So, if you do not know any of the official languages of the country, you may still get along by using English. It is amazing how the Luxembourg population is fluent in at least 3-4 languages.

To get the best out of your trip to this wonderful country, you better dress as comfortably as possible and wear comfy sneakers in order to walk freely for hours. The best way to get around Luxembourg City is on foot. Within the European Union, Luxembourgers are among the ones owning most automobiles. Some sources report that Luxembourg is one of the top 15 countries regarding car ownership. There is an average of 670 car owners per 1,000 people. Also, workers from neighboring states also come here by car. So, if you are not used to driving within an environment of many cars, you may opt for walking or cycling in Luxembourg City. Then how to travel to Luxembourg? An excellent idea would be cycling from neighboring countries.

Being one of the founding members of the European Union, Luxembourgers pay their bills and everything in Euro. European or other international card payments are accepted almost everywhere within the country. Local restaurants, stores, and boutiques have quite high rates. It is not recommended to buy things that you like at first glance in the stores of Luxembourg unless you are super-rich. It is because you can find the same or very similar products for lower prices outside the city center or in the neighboring countries. Many restaurants are expensive. On top of high rates, you have to give tips about 10% of the total bill. If you are visiting Luxembourg on a tight budget, you better go for fast food restaurants or bars, which offer rich menus as well.

5. Be ready to meet beautiful castles!

? It is where impressive castles can be found. Probably, the most famous one is Vianden Castle, which has a fairytale-like, picturesque, and Disneyesque look from outside. It served as the feudal residence in the Gothic and Romanesque periods. The castle was built around the 11th and 14th centuries. Nowadays it is a magnetic historical place, visited by a lot of tourists every year. The New Castle of Ansembourg was built in the first half of the 17th century and went through a transformation in the 18th century. It is surrounded by beautiful gardens and adorned with decorative statues and fountains. Other mesmerizing castles include Beaufort Castles, Bourscheid Castle, Esch-sur-Sure Castle, and many more.

6. Be ready to taste delicious food

Luxembourg cuisine is a kind of mixture of German and French cuisines. In general, you can find various tasty dishes from all other European countries, such as Italian food, in Luxembourgish restaurants. Although it is a small and very international country, Luxembourg has its own local dishes too. They include Kniddelen (kind of dumplings with meat or vegetables), gromper keeschelche (like potato pancakes), Judd mat Gaardebounen (smoked pork collar and broad beans), Bouneschlupp (green bean soup with bacon and vegetables), and the dessert called quetsche tort. Here people like pork a lot, so you will eat one of the best-served bacon in Luxembourg. Leaving the country without tasting these traditional delights could be a regret for you later on.

The country is blessed with beautiful nature, making hiking an amazing experience. There are many peaceful villages and towns surrounded by stunning scenery. Around 20 kilometers away from Luxembourg City, the beautiful Vianden Commune is located. It is well-known for Vianden Castle. Clervaux - this little commune will make you feel like you are in a fairytale. Being surrounded by a mesmerizing forest, Clervaux is blessed with nice and historical buildings. On the banks of the Sauer River, you can find an elegant town called Diekirch with amazing traditional squares. Other beautiful towns to visit and enjoy the countryside include Echternach, Ettelbruck, Larochette, and so on.

If you would like to go fishing in Luxembourg, then you will need to get a fishing license issued by either the municipal administration or District Commissioner. The place and methods of fishing will determine the fee to be paid. Hunting trips in Luxembourg are famous but are strictly regulated. While enjoying its beautiful nature and wildlife, you can hunt wild boar and roe deer in Luxembourg. Hunting licenses can be obtained at the District Commissioner’s office. These licenses are valid for five days and are issued only three times per year.

Luxembourg is also known for its award-winning and high-quality wine. Cremant de Luxembourg, the world-class sparkling wine of Luxembourg, won many awards for its taste. The Moselle River lends its name to a valley where amazing wine is produced. The place is very famous for its wineries and classy old towns. Other sparkling wine brands include Domaine Alice Hartmann Brut, Bernard-Massard Roude Leiw 2016, and so on.

From the 16th century to19th century, Luxembourg City was one of the greatest fortified cities in Europe. Today, the city and its old quarters and fortifications are on the list of UNESCO World Heritage Sites. Other examples of cultural items that are enlisted as UNESCO World Heritage Sites are The Family of Man, the photo collection of Edward Steichen, and the Hopping procession of Echternach. The country’s history is very connected to Germany and France. That is why German and French are also official languages of this small state. Its close historical ties with France manifest itself in the existence of Luxembourg Gardens in Paris.

Being one of the six founding members of the European Union and a member of the Benelux Union, Luxembourg is the richest country in the world, with a per capita GDP of about 117,000 USD. Luxembourg is a small landlocked country situated in Northwestern Europe. In this article, I have tried to inform you about the Luxembourg language, Luxembourg population, and Luxembourg City, the capital. I have also touched upon how Luxembourg Gardens is not in Luxembourg. The questions that are answered are as follows: Where is Luxembourg? How to travel to Luxembourg? What language is spoken in Luxembourg? 10 things that you should know before visiting Luxembourg are the following: traveling from mid-spring to mid-fall, different languages being spoken, dressing comfortably to walk and cycle, expensive restaurants and shops, beautiful castles, delicious food, picturesque countryside, getting a license for hunting and fishing, tasting world-class wine, history, and cultural heritage.

Topics
Apply for any visa in two clicks!
Countries
Do you want to get a Luxembourg visa easily?
Get your visa now 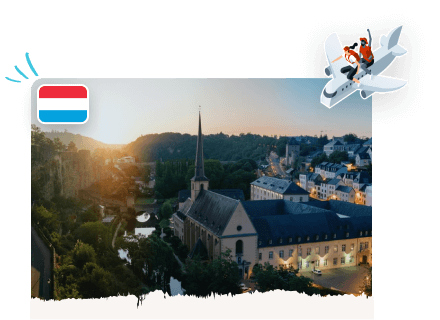