10 things I wish I knew before going to Malta 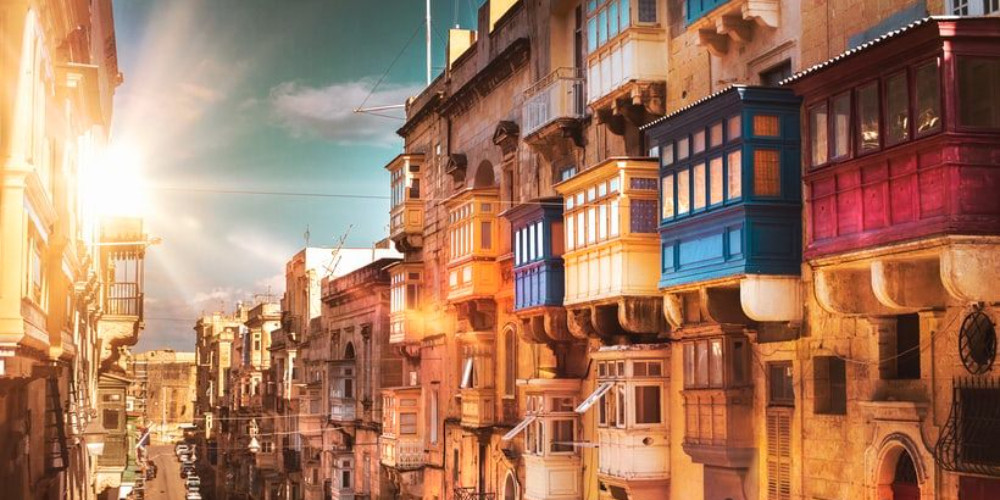 Arguably one of the most beloved tourism destinations in Europe, Malta has always played a vital role in the crossroads of European history for centuries. Nowadays it is like a magnet for travellers and digital nomads seeking a destination with heaps of sunshine and enjoyable living on the coast. But how much do you know about this country besides the tempting images of the sea, sun, and beautiful old towns? Let me answer some of those unanswered questions and give some insights into the real Malta. After all, going to a country prepared, you will come back home with more meaningful memories!

It is located in the Mediterranean Sea somewhere between Sicily and North Africa. The location has allowed the best of both worlds to merge to form the beautiful culture of this small nation.

What language is spoken in Malta?

The main official language is a unique Malti. It is a perfect reflection of how different cultures have influenced Malta - the only Semitic language officially recognized as an EU tongue and the only one written in Latin script. Descended from Siculo-Arabic (dialect that came from Sicily and then developed in Malta) it also has some bits of English, Italian, and French words. But, to be honest, you don’t even have to worry about what language is spoken in Malta. Maltese are very well versed in different languages, and to be honest, speaking English is considered a norm. After all, 160 years of British rule have not gone unnoticed. It is the second official language since 1936 with as many as 88% of people speaking it! Additionally, about one-third of locals speak Italian and 10% French. Great for you as a tourist, isn’t it?

Is it safe to travel to Malta?

Yes! Malta is usually considered safto travel. Do keep in mind the less serious crimes typically happening in virtually any destination - pickpockets, etc. This does also happen in Malta, but the good news is - you can save the disappointment by keeping an eye on your belongings at all times (especially your mobile phone and wallet).

When is the best time to travel to Malta?

The answer to this question is easy. It depends on what you like! It is good to know that the summers here are very hot and it might be even 35°C for weeks. Therefore opt for months that one would usually call spring and autumn, but remember, that locals consider the land bi-seasonal. That is - there is only summer and winter. And the latter one is short and still relatively warm if you come from Northern latitudes. That is, January/February might greet you with rain and strong wind at temperatures of 10-17°C. With that said - when is the best time to travel to Malta? Plan a trip for the weather that will make you feel comfortable!

How to travel to Malta?

There are many ways you can reach this beautiful place. Plane connections are available from most of the European capitals as well as North Africa and the Middle East - either by their national airline AirMalta or one of the low-cost airlines. The next most popular way to arrive in Malta is by the sea - either you are on a Mediterranean cruise or are sailing around on a yacht, Malta is used to welcoming guests in their ports. Talking about travel over the sea. There is another route one might keep in mind. When considering how to travel to Malta, many also combine it within their trip to Sicily!  What should you know about Malta before going there?

1. Malta is not singular; it is plural!

Yes, I was also surprised when I first realized that it is not just a Malta island. It is a country located on an archipelago! It still makes very much sense, because the main and the largest of those is called Malta island. But then there are less busy but equally as beautiful Gozo and Comino, St.Paul’s and other smaller ones. Still, only Malta island and Gozo are permanently inhabited. But leaving the main island is one of the best ideas for you as a traveller. More on that in one of the following points!

2. It is stuffed, and the traffic is awful

The population of Malta is about 431 000 and the main island is quite compact, therefore tightly inhabited. For you as a traveller it means two things - if you want to get a more rural and authentic experience then go to some of the other islands. And the second thing - such a packed community also has very tight bonds within. You will be happy to find out how easy it is to find an answer to any of your concerning questions just by asking a local, but also be careful about sharing the bad experiences, because the word might quickly get back to the person in question. What makes it even worse is the number of cars present on this small island. Keep in mind that getting anywhere by car will take a long time, but busses are quite unpredictable with their schedules. Instead, choose a ferry or walk around on foot where possible.

3. It is arguably one of the most popular filming spots for Hollywood films

I am sure you knew many scenes of the Game of Thrones were filmed in Malta. Didn’t you? Well, now, you do. What is even better - the islands are so beautiful that many Hollywood productions choose to film here. Brad Pitt and Angelina Jolie filmed them By the Sea, scenes of Russel Crowe fighting tigers were filmed for the movie Gladiator, and a whole village was built 1980 for movie Popeye. The colourful Sweethaven Village is still open for visitors, but let me give you a hint - the Game of Thrones sight in on Manoel Island is NOT. Many reviews online say it is only available on specifically arranged days maybe once a month. Do your research if you travel to Malta only for this reason!

Influenced both by Mediterranean and Arabic cuisines and flavours, this nation is very proud of their culinary heritage. The most popular thing you should try is pastizzi (pastry filled with ricotta or mushy peas), but don’t limit yourself to just that. Get also lampuki (fish) pie, rabbit, bigilla, and qassatat (flaky pie with ricotta and/or spinach).

5. Walking around the streets of Valletta is incredibly romantic

This historic city (and capital of Malta) is especially beautiful, and one might get to know the most beautiful hidden corners only on foot. Just get on those narrow winding streets, climb a few steep hills and find the best spot for a sunset over the city together with someone special. Maybe from Fort St. Angelo?

6. Some of the most amazing experiences in Malta will be on the boat

I mentioned already that cars are not the best way to move around here. But boats definitely are! They can take you to the Blue Grotto on the western side of Malta. Or take a ferry from Sliema to Valletta during sunset. Or just enjoy the picturesque trips around other islands, they are so worth it! A tip for you - Azure Window in Gozo collapsed in 2017, therefore don’t expect to see it on your boat trip.

I mentioned already that people often include Malta in their itinerary when going to Sicily. After all, this Italian island is only 93km north of the archipelago, and the ferry will take you there in just 90 minutes, making it a super convenient detour for a day trip or so. The same goes for a trip the other way around.

8. There is a church for every day and more!

Luke the Apostle and Paul of Tarsus shipwrecked on this island at around 60 AD, and therefore historically Malta can be considered one of the first outposts of Christianity. Nowadays it can be seen in the number of churches - locals proudly say there is a church for every day of the year, but the number is actually higher. Somewhere around 359!

9. It is hard to avoid a party if you go to Malta, especially in summer

Summer is a sheer party season for Maltese. Each town and village celebrate their patron saint with weeklong festivities. On the last day, there is a lavish procession, music, and spectacular fireworks. There are also food-themed festivals for different produce (like strawberries, oranges, olives, and other). This is probably the best time to travel to Malta if you like parties. I might even reconsider my answer to the question, Is it safe to travel to Malta in this context, because you might get carried away dancing with locals all night long and not want to leave! Like EVER! Definitely not safe for your life back at home...

10. It is the perfect location for history geeks

Civilizations have flourished here for ages. And I mean, ages - one of the historic sites of local pride is the 5,000-year-old Hagar Qim. It is one of their Megalithic temples carved in limestone. And one might be surprised to find out that many of them are even older than pyramids and Stonehenge!  A surprising little gem in the middle of the Mediterranean, isn’t it? And truly on the crossroads among many other better-known countries. Now that you know where is Malta, what is the best time to travel to Malta and many more interesting facts I guess the only thing that remains is booking a flight, right? After all, there is not much you can lose by choosing to travel to Malta - sun, wonderful food, and unimaginable beauty of nature!