9 things I wish I knew before going to New Caledonia 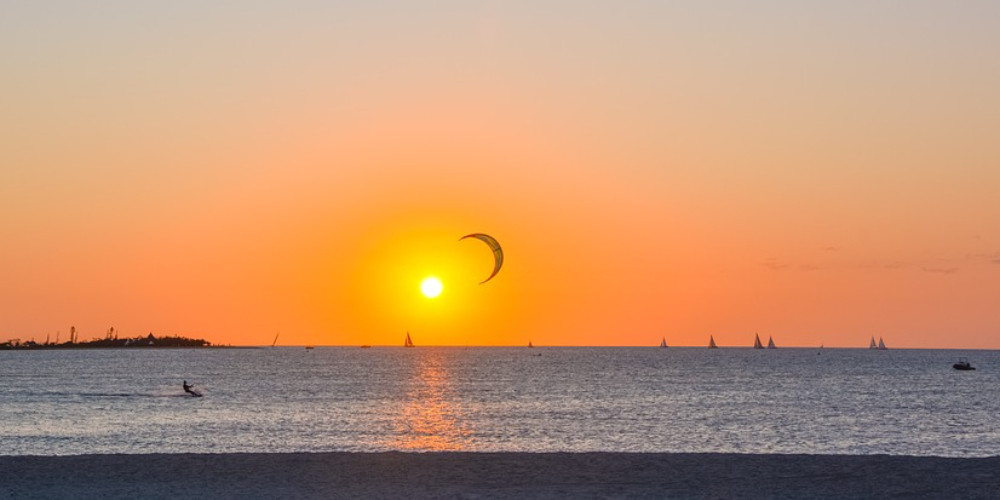 Each of you has heard about New Caledonia at least once but never wondered where it is, what is happening there and how to travel there. New Caledonia on the map is a great place to relax away from all the continental and metropolitan bustle. Unfortunately, it does not have the same success as the Maldives or the islands of the Caribbean coast for several reasons, but you will definitely not regret it if you travel to New Caledonia! This article will tell you where is New Caledonia, about New Caledonia tours, and about 9 other facts you need to know before traveling to New Caledonia.

1. New Caledonia on the map

Being far from modern civilization, New Caledonia was able to preserve its beauty and protect itself from harmful external influences, which leads to the development of tourism on the islands. Rich with coral reefs, sandy beaches, and crystal clear waters, New Caledonia is becoming more popular with tourists from Europe every year. As a France territory, New Caledonia is also open to all tourists with a Schengen visa, and a separate visa to New Caledonia is not required in this case. Most tourists visiting this area prefer sea holidays-diving, kayaking, surfing, and cruises on a yacht or motorboat. For those who want to enjoy the ocean in New Caledonia, all conditions are created. Local travel agencies are willing to rent you any equipment, and kind and smiling instructors will teach you how to ride and have fun. New Caledonia tours are pretty popular among tourists.

3. Travel in the trade wind season

New Caledonia is located in the Southern hemisphere, so the summer and winter seasons are different from the usual ones. So, the best time to travel to New Caledonia and relax in New Caledonia is from October to March. It is at this time that the trade winds blow there-warm winds. The warmest month of the year is January – that's when the average temperature reaches up to 29 degrees. For those who like to celebrate the New Year in the hot tropic on the ocean, sipping a fruit cocktail and taking a sunbath – New Caledonia provides all the opportunities. However, if you do not plan to lie on the beach for the whole vacation, alternating with this activity with visits to the water, and want to explore the island, climb the peaks and take long walks, the January heat can be a hindrance. Therefore, many travel agencies offer New Caledonia tours in the summer months, when the average temperature reaches only 17-19 degrees.

In 2008, UNESCO added six New Caledonia sites to the prestigious World Heritage List. These natural sites, covering an area of more than 15,700 square kilometres, are under special protection to preserve their natural beauty and richness. The most famous of them is the lagoon. The lagoon of New Caledonia, surrounded by the longest and most continuous coral reef in the world (almost 1600 km) and the second-largest (after the Great Barrier Reef in eastern Australia), covers an area of about 24 thousand square kilometres! With more than 350 species of coral and almost 1,600 species of fish, this exceptional natural wonder was included in the list on July 7, 2008. It became the first in France's overseas territories to be included in the UNESCO World Heritage List. The list includes the Entrecasto reefs, the Great Northern Lagoon, the northern and eastern coastal zone, the Uvea area, and the island of Botemps Beaupre.

5. Each island has its atmosphere

Tourists are advised to visit, as far as possible, all the main 4 islands of New Caledonia, as they are all very similar and also radically different from each other. New Caledonia people claim that each island has its own atmosphere, and tourists are convinced of this by visiting them all. In Uvea Island, the combination of the beauty of the sky, lagoons, and flora, which brought the atoll the glory of a paradise island. The beach's length on the island is 25 kilometres, where you can swim or go diving and watch sea turtles and other marine life. Lifou is characterized by various landscapes, combining pristine beaches, cliffs, dense forests and incredibly fascinating caves. This island, being quite large, offers a wide range of entertainment for tourists. As for Mare, the vibrant natural beauty of Mare landscapes and the ancient connection that the island's inhabitants maintain with nature give this secret place a special personality. For a long time, the island will be remembered by those who took the time to explore it and feel the harmony with nature. Pine Island, located in the southern part of New Caledonia, is undoubtedly the most important competitor of Uvea for the title of the island closest to paradise! The bays of Oro, Kuto, or Kanumera offer a stunning sight of beauty and unspoilt nature.

6. Noumea - the capital of New Caledonia

Noumea, the capital of New Caledonia, is also located on the Pacific Ocean. With its many coves, beaches, and incredible views, the city is also the government, cultural and entertainment centre of New Caledonia. It is nice to live here and take a walk, especially on the ocean coast. Thanks to its beauty and the convenient bay for ships, the first Europeans settled here, who arrived permanently in 1953. The Baie de Citron or Anse Vata may be cited as proof of this. Noumea has a mix of cultures and architectural styles. In the heart of the capital, there are museums, theaters, art galleries and many cinemas. Although no colonial-style houses are currently being built on the island, the government decided to restore the old buildings and the city hall, which now houses the city museum. All of these sites are fully open to visitors, who can take many wonderful photos for Instagram and learn about New Caledonia's history. Noumea is home to almost 100 thousand people, and there is no doubt that there is a lot of entertainment that you are looking for. Almost all the city hotels are located on the coastline, so there will be no shortage of beaches for sure. Other city activities include snorkelling, windsurfing and kitesurfing, and more traditional sports such as golf and tennis. Tourists choose Noumea for entertainment tourism – the city has many bars, nightclubs, a large number of restaurants with French or New Caledonia cuisine, shopping centres with almost all well-known brands, as well as two casinos.

Once again, New Caledonia is an overseas territory of France. Although the first Europeans to arrive on these islands were the British, France's dominance was consolidated here for more than a century, which affected all sectors of life. Unlike continental Europe, where globalization is gradually blurring the borders between countries, and almost everyone knows English at different levels, the situation is different in the Pacific Ocean's paradise islands. New Caledonia, due to its remoteness from the continents, is slowly participating in globalization. The low rate of tourism development has led to the fact that the local New Caledonia population speaks almost exclusively French. With the popularization of New Caledonia in Europe and America, tourists have begun to arrive here, and the authorities have finally paid attention to the incredible tourist potential of the territory, so already in some hotels you can speak in English, but, in general situation with foreign languages is not cool. Therefore, if you want to enjoy your vacation on this Instagrammable island fully, we advise you to learn basic phrases and words in French. This knowledge will be useful when ordering a transfer or taxi, in a restaurant and, of course, when visiting the sights. Applications and instant translation devices will also help you get out of the situation.

8. Do not engage in political disputes

In recent years, the Caledonian people have repeatedly questioned secession from France and declared independence to a referendum. The last such referendum was held in 2018. With a turnout of 80 percent, 43.6% of voters supported the independence of the region, while 56.4% voted against it. After that, rallies and clashes with the police took place throughout New Caledonia. Although the Caledonians are very pleasant and hospitable people, you should not argue with them about politics, the independence referendum, etc. The fact is that the indigenous New Caledonia population, or rather, the island's aborigines' descendants, traditionally advocate separation from France. In contrast, the descendants of European emigrants mostly want to remain part of France.

9. New Caledonia is an expensive country

If you are traveling to New Caledonia, take into account that it is quite expensive here. The Caledonians say that a resident needs to earn from 4 thousand dollars for a normal life on the island, which automatically excludes New Caledonia from the list of cheap countries for living and tourism. Dinner for two in an average restaurant will cost you at least $ 100, because food in supermarkets is more expensive than in France. For example, the cost of 1 kilogram of potatoes in the store is on average 5-6 dollars, and chicken and even 20-25 dollars. This price is also due to historical facts: the first European people who arrived on the island noticed that the local aborigines' diet includes bats, since cows, sheep, and chickens are not found on the island. Gradually, the French brought food familiar to Europeans to New Caledonia, but due to the distance of the island and the specifics of the Pacific climate, there is simply no abundance of traditional products here. Adding to this list of expensive flights and hotels, the price of which starts from $ 100 per day, we understand that a trip to New Caledonia will cost you several thousand dollars. So plan your budget well before you visit this wonderful overseas territory! Find out where is New Caledonia located and whether you need a visa to New Caledonia, and be sure to visit this place.

Topics
Apply for any visa in two clicks!
Countries
Do you want to get a New Caledonia visa easily?
Get your visa now 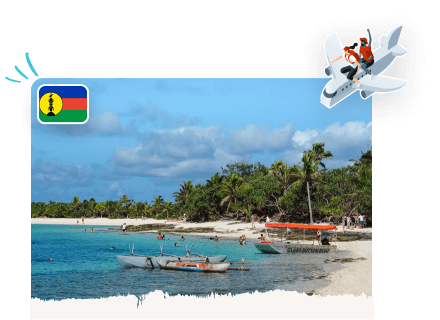