10 things I wish I knew before going to Saint Helena, Ascension, and Tristan Da Cunha 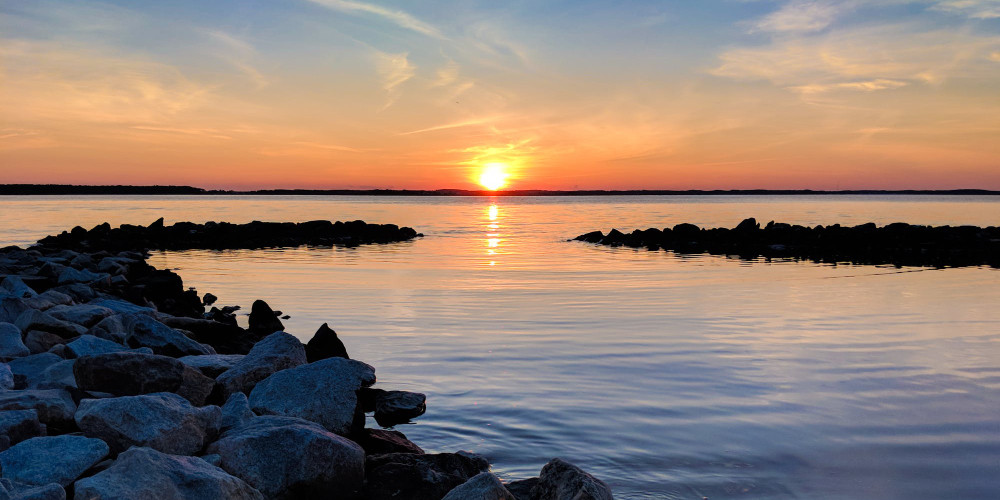 Adventures similar to the geographical discoveries of past eras in a modern version. Something like that! For the restless and indefatigable in travel. Let's go, fly and sail – this is how you can briefly describe such a trip to the islands of Saint Helena, Ascension and Tristan da Cunha. After all, the islands are located quite far in the ocean from the continents of the mainland.

Where is Saint Helena?

The islands of Saint Helena, Ascension and Tristan da Cunha are Great Britain's territory beyond the seas and oceans. Tropical islands in the South Atlantic Ocean. They are one of the most remote islands in the world. And the distances between them are not small – 1287 km from the island of Saint Helena to the Island of Ascension and 2161 km to the island of Tristan da Cunha.

Which already sounds very tempting! It is possible to visit the edge of the earth, even though it is round. These islands were uninhabited and wild. Until Portuguese sailors discovered them in the XV century, they also gave two of the islands religious names. The island of Saint Helena is named on the day of discovering this land on this holiday. Ascension Island is named after the Ascension of the Lord, and Tristan da Cunha is named after this land's discoverer. The Portuguese kept their discovery a secret for more than 80 years. But over time, English and then Dutch ships began to enter the islands. The Dutch attempted to annex the island. The British East India Company then consolidated the islands, building and establishing the first settlement on St. Helena in 1965. These islands gained their fame as the exile of Napoleon Bonaparte from 1815 to 1821 of the nineteenth century. Britain, from which Napoleon had sought political asylum, decided to banish him to these isolated islands. Thus, a military garrison appeared on the island of Saint Helena to prevent Napoleon's rescue, and a similar garrison was formed for the same purpose on the islands of Tristan da Cunha. And on Ascension Island in 1815, the British also placed a military fort and a base that serves as a supply point for the British Royal Navy in West Africa. During the Second World War, the United Kingdom allows the United States to establish an airfield on Ascension Island to support its air forces' transatlantic flights. To this day, the island remains a critical refuelling point on England's air route to the South Atlantic.

The capital of Saint Helena

is Jamestown. It is worth adding the island itself, which is mountainous and has small size, and its area is approximately 122 square kilometres. About Jamestown. The capital of Saint Helena is a port city that was founded in 1659 by the British East India Company. A fort was built, and the town was named after James, Duke of York. The city, consisting of little more than one street, rises through a narrow valley for about 1.6 km. And it seems that the capital fully corresponds to the image of a small settlement of the colonial era.

Moreover, there are no house numbers in the city, but only the name of the streets. The town has some excellent examples of Gregorian-era British colonial architecture, built when large sailing ships came here. The buildings have remained virtually unchanged since then and have been proposed as a UNESCO World Heritage Site. Although the island itself and Jamestown can be called the most interesting attraction in the ocean, there are few attractions in the city. There are no industrial facilities, few roads and cars, clean air and excellent ecology. The island is beautiful with its cliffs and hills. In addition to such climatic and natural attractions here, there is something to see in the city itself. The old house complex, the governor's residence, James' staircase-the structure was built to connect the city with the garrison on the hill, and outside the city, if you can say so, St. Paul's Cathedral and Longwood House, where Napoleon lived for six years. There's a museum here from Jamestown views of the harbour, where once stood the East India company's ships. The island of Saint Helena was used by ships of the time to restore and replenish freshwater supplies. The population of the town does not reach 1000 people.

Let's go back to the nature of the island of St. Helena. There are two national parks: Diana Pike Park, located in the vicinity of the top of the mountain of the same name (818 m), which protects the rare flora of the island. Some plants are endemic. It means that they are only found on the island of Saint Helena. One of the national parks is located in Sandy Bay on the south coast. In addition to the unique plants, this park has beautiful geological structures that were once formed by the volcano's activity. And if you get to White Point or Horse Ridge by car, then from there, from a height of 700 meters, you can enjoy Instagrammable panorama of the Atlantic. Holidays and festivals organized by residents sometimes disrupt the regular life of the city. Besides, when not frequent visitors come to the harbour – large ocean-going ships. By the way, there is no berth for large ships, and the delivery of people and cargo to the shore is carried out as in those distant times of Napoleon, but only on boats of modern design.

Moreover, St. Helena is famous for its coffee. It is considered exotic and expensive all over the world, and its history of appearance is impressive, at least. Napoleon gave the beginning of this drink in the world. After evaluating the taste qualities. And then some merchant came up with the idea of exporting Saint Helena coffee to Europe. So how did it all start? Back in 1733, coffee seeds were brought to St. Helena by the East India Company owners, which operated the island. Seeds of Bourbon were obtained from the coffee port of Mocha in Yemen. It went and not bad. But as time went on, the Saint Helena coffee plantations ceased to exist. Only in the 90s of the last century, the coffee business on the island began to revive. Coffee from Saint Helena has a special quality and a unique heritage of coffee cultures because it is not just pure Arabica coffee, but the only type of Bourbon Arabica beans. Due to its location, this place is considered one of the most environmentally friendly on earth. Also, the complete absence of industry, the climatic features of the Atlantic-all, affects the coffee characteristics. Coffee grows here at an altitude of about 700 meters above sea level. Due to the specific volcanic properties of the land of this island, coffee beans have unique organoleptic characteristics: taste, smell, consistency, colour, appearance. No more than 12 tons of coffee are harvested per year.

How to get to Saint Helena, Ascension and Tristan da Cunha?

: It's a long story. No wonder the island is called the most inaccessible place. It is necessary to take into account the moment from which point in the world to fly, but definitely, the path is not close and will take more than one day. Of course, there is an airport on the island, but the meteorological conditions are such that large aircraft such as Boeing cannot fly in these territories. Scheduled passenger flights to Saint Helena Airport are operated by Airlink once a week from Johannesburg, South Africa, with one stopover in Windhoek, Namibia. The flight duration is just over 6 hours. You can also get there from Australia, so the neighbouring islands can only be reached by ship. However, the most challenging option is from Britain. You can fly from London on a military plane, there are always places for civilians in it, and from there you can swim to Jamestown by ship. There are also monthly charter flights between Ascension Island and Saint Helena. And quite an exotic way – it's on a yacht.

* Since May 2015, Ascension Island no longer issues entry visas to tourists from Belarus, China, Egypt, Iran, Libya, North Korea, Russia, Syria, Ukraine, and Vietnam; in 2017, Hong Kong citizens, Macao, and Taiwan are also denied entry visas. The island has a military base, and no one lives except for the military personnel, their families and staff. * In Saint Helena, the permit is issued on arrival. 7. You must have full medical insurance, which, if necessary, will cover the cost of medical evacuation. In the island territory, the Saint Helena pound is used as the currency. In official sources, the local Saint Helena currency is designated as the Saint Helena pound, abbreviated as SHP. But recently, they say, the Euro is also going around here. 8. There are no ATMs on the island. Visa and MasterCard are accepted in a limited number of shops. 9. The list of documents that must be submitted at customs: * Of course, a foreign passport that is valid for at least six months from the end of the permit's validity period to stay on the islands. * Ticket back to your country  * Confirmation of the availability of the necessary funds for the duration of your stay. * Printout the reservation by the hotel or a printout of the company that provides accommodation, including the private sector.

* You will need to fill out an application for a short-term entry permit. 10. Life and other features on the islands, which also need to be known. * In memory of visiting the Saint Helena islands, tourists bring souvenirs related to Napoleon, postage stamps, T-shirts, caps, dishes with landscapes of the islands printed on them. * Electrical outlets as in the whole of the UK. You will need an adapter.

Although it is an island, there are no European-level beaches here. There are a couple of small wild coves with a sandy shore. We must remember that there are strong undercurrents. So, this is a beautiful volcanic island in the ocean with its very different life. It is worth going to these parts for a week.

Apply for any visa in two clicks!
Topics
Islands