10 things I wish I knew before going to Sierra Leone 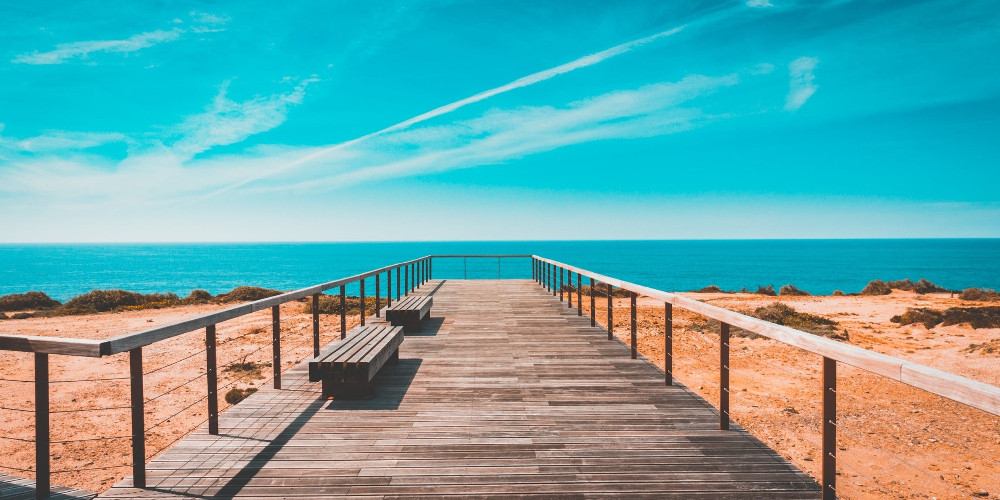 When traveling it is important to know in advance the chosen destination, not only to prepare the route, choose flights and accommodation, to know something about its culture and customs, it is also necessary to know what types of dangers we may encounter and how to solve them, and have, for example, better knowledge about Sierra Leone civil war. That's why this time I share 10 things I wish I knew before going to Sierra Leone as, despite its beauty, it has not been influenced by tourist activities. Much of the country is yet to be discovered.

1. You need to know exactly where is Sierra Leone

Sierra Leone has an area of 71,740 km. And what countries border Sierra Leone? You have Guinea to the N and E, Liberia to the SE, and the Atlantic Ocean to the S and SW.

The geomorphology of the territory presents three well-differentiated zones:

2. Get to know about Sierra Leone flag

The Sierra Leone flag, as established by the National Constitution of that country and officially adopted on April 27, 1961, consists of a green, white and blue tricolour.

Colour has cultural, political, and regional significance. Green refers to the country's natural resources, specifically agriculture and its mountains. While the white epitomizes unity and justice. The blue recalls the natural harbour of Freetown, the capital of Sierra Leone as well as the hope of contributing to world peace through its use.

The Sierra Leone flag is used as a flag of convenience by foreign merchant vessels. Minimal compliance with maritime law for those vessels leads to suspicious or illegal activities. This includes illegal fishing as well as the use of flags on ships of countries under international sanctions from the United Nations. As a result, the government of Sierra Leone took steps to minimize searches related to the practice of the flag of convenience.

3. What is the best time in Sierra Leone to visit it?

Now that you know what is the capital of Sierra Leone and what countries border Sierra Leone, you should know about the weather.

The best time to travel to Sierra Leone is from January to June and October to December, where you have a warm climate and barely even moderate precipitation. The average maximum temperature in Sierra Leone is 31° C in January and 28° C in July.

Sierra Leone has a tropical savanna climate. It's hot every month, both in the dry and wet seasons. The average annual temperature in Sierra Leone is 30°, so you will see Sierra Leone people trying to refresh in some lakes.

4. What vaccinations do I need to travel to Sierra Leone?

To enter the country, in addition, to having a Sierra Leone visa and passport, you need to have the yellow fever vaccine certificate as it is considered a tropical country. Also, you need to be careful with the Zika virus, so if you are pregnant; you should avoid travel here as the virus cause birth problems.

On the other hand, Ebola, as part of the Sierra Leone history that affected the country in July 2014 and killed more than 700 Sierra Leone people may still be a sensitive issue for many travellers. However, in March 2016, the World Health Organization declared Sierra Leone Ebola-free.

5. Is it dangerous to travel to Sierra Leone?

Sierra Leone is considered one of the poorest countries in the world as the Sierra Leone currency does not have much value, and corruption is present. With this poverty comes an increase in crime rates where also the Sierra Leone people suffer.

It should not be forgotten that the Sierra Leone civil war is a country that suffered a 12-year conflict (1991-2002) that seriously affected its infrastructure, security conditions, and public services in general. It is advisable to take extreme precautions when travelling to Sierra Leone, and especially for all those trips outside the capital. The security conditions of the country are not comparable to those of a European country. For precaution and safety, driving at night and travelling alone are not recommended.

Robberies and thefts are frequent in the country, so it is advisable not to show off money, jewellery, and other valuables. The Sierra Leone National Police lacks the means to adequately respond to common crimes.

In case you want to travel outside the capital of Sierra Leone, it is necessary to be well equipped for the different normal incidents that may arise on any trip since there is no type of assistance. Likewise, accommodation must be planned and trusted people informed of the destination and approximate duration of the trip.

Now that you know what countries border Sierra Leone, it is recommended to avoid the borders with Liberia, and the diamond production areas in the south. As for the capital Freetown, special attention should be paid to the eastern and central areas, since it is where a greater number of incidents occur. Groups of young people that congregate in and around the centre of the city should be avoided. It is also advisable to avoid walking alone on the beaches, and in particular on Lumley's.

Before travelling, it is essential to have international medical insurance that provides for repatriation in the event of a health emergency. Finally, it is reported that foreign nationals have been scammed in transactions involving the sale of metals and precious stones; therefore, the utmost caution is recommended in this type of transaction.

6. Is food safe in Sierra Leone?

As you know, where is Sierra Leone, you will find spicy but delicious food, and you will find a wide variety of street stalls where they sell food. No matter how curious you are, you should avoid eating it since hygiene is not paramount because cooking outdoors increases the chances that your food becomes contaminated. It will always be better to go to a restaurant either in the hotel or in the city, where the quality of the food is better.

All travellers to Sierra Leone should bring a medical kit for diarrhea, stomach aches, fever, mosquito repellants, alcohol gel, for headaches, and receive vaccinations against typhoid and hepatitis A. It is recommended to drink bottled water, not eat raw vegetables (salads) and limit yourself to cooked or well-cooked foods.

7. Do not enter the country with narcotics

Many people travel with marijuana for medicinal use, which is prohibited here. The consumption and trafficking of drugs are severely punished. For crimes related to drug trafficking in general, a prison term of 10 to 20 years is foreseen, as well as a fine of between 10 and 25 million leons - Sierra Leone currency - (approximately 12,000 dollars).

Smoking or having substances such as marijuana is punishable by a fine of up to 5 million leons (approximately 2,500 dollars) and imprisonment of up to 2 years (1 dollar = 9,8 Sierra Leone currency).

On the other hand, those who cover up these crimes by verbal or documentary means are punished with penalties of up to 10 years in prison and heavy fines. Likewise, people who destroy any indication or evidence related to the existence of drug trafficking are sentenced to prison terms of up to 15 years.

The conditions in the local prisons are extremely harsh, and there are no benefits to being a foreigner.

8. Camping with the wildlife of the island of Tiwai

If you know what is the capital of Sierra Leone, now you must visit Kailahun, in the south of the country to spend a good time in Sierra Leone.

Gola Forest National Park is the best opportunity to get up close and personal with wildlife. At an entrance point to the park is the island of Tiwai, home to 11 species of primates, exotic butterflies, and pygmy hippos.

Despite Sierra Leone history, it has beautiful places to visit. Local groups offer weekend excursions that include camping, canoeing, hiking, animal tracking, and visits to local communities for a complete cultural experience.

Having in mind where is Sierra Leone, all the arrivals are done normally through Lungui International Airport. This airport is located on the other side of the bay, so the transfer to the capital must be planned. The existing means are the helicopter, whose services are regularly interrupted, such as the hovercraft or the ferry, and then transfer by road, can take between four and six hours. None of these means of transport is risk-free.

Flight arrivals normally occur in the evening, so this should be taken into account when planning your arrival in Freetown.

Now that you know what is the capital of Sierra Leone, you need to understand a little about Sierra Leone history, considered one of the poorest countries on Earth, but why? I'll tell you about it later. In the meantime, you should also know that if you plan to travel to the country, you will not find yourself in a war but yes, you can run into problems between different political groups, and that can be dangerous.

As for the Sierra Leone Civil War, it began in 1991 and ended in 2002, an event that caused thousands of deaths, the flight of hundreds of thousands of people to Liberia and Guinea, and the abandonment of their villages by more than a million people.

Despite the great wealth, the country had thanks to diamonds; its mismanagement ended up turning the country into one of the poorest in Africa and plunging it into drug and arms trafficking. But in this war there was a lot of participation: Charles Taylor, former president of Liberia, enriched himself on diamonds obtained in exchange for arms and money from the parties to the conflict in Sierra Leone.

That is, the Revolutionary United Front (RUF), led by Foday Sankoh and opposed to the interim government, received weapons from Taylor. The RUF soon managed to frighten the population. He captured its members, mainly children, whom he used to obtain the precious stones, to perform killings and mutilations, and for activities of sexual exploitation.

The result was a war that left more than 120,000 dead and ended in 2002 thanks to international intervention and various conditions. Today the wounds are still open.

As we can see, Sierra Leone people have never had any luck with their politicians as they have been engaged in corruption and serving the Western powers and their multinationals. Beyond this, if you plan to visit the country, you should have certain precautions before travelling.

I hope that little by little their economic and social situation will improve, being a people that deserve it.

Topics
Apply for any visa in two clicks!
Countries
Do you want to get a Sierra Leone visa easily?
Get your visa now 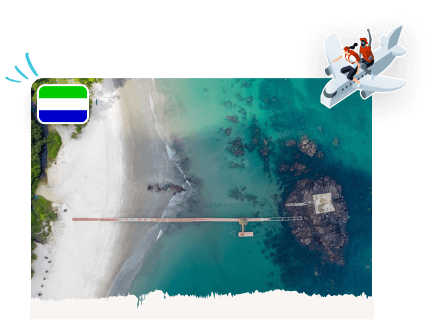