10 things I wish I knew before going to Tajikistan 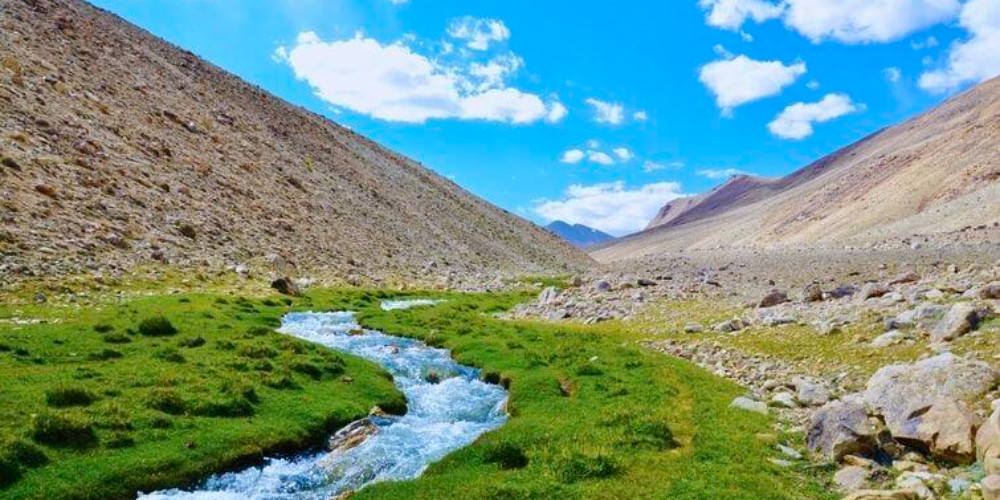 In an age of digital technology and wild rush, you want peace and privacy. But where to find a quiet place nearby? The answer is there. One of the most exciting and slightly mysterious Instagrammable places is the Republic of Tajikistan. It is a former Soviet country, known for its beauty of nature and architecture, traditions and customs. In this article, you will learn a few facts that you need to know before applying for a Tajikistan visa.

The Republic of Tajikistan is situated in the picturesque centre of Asia. Unfortunately, no access to the sea has been found here, but the high mountains are breathtaking. Despite the small area, the Tajikistan population is concentrated mainly in cities. It borders on the following countries: Uzbekistan, China, Afghanistan and Kyrgyzstan. More and more tourists from post-Soviet countries want to visit this colourful and exciting country because it occupies quite a favourable position in Central Asia. Many climbers are interested in attending the mountainous region called Pamir. Not even the Communism Peak or Somoni, in other words, Stalin's Peak is not neglected. This mountain is famous for its beauty in the snowy desert and is one of the fifty highest Tajikistan mountains in the world. Where can I find it? Among the two ridges, the Academy of Sciences and Peter I. The height of the hill reaches almost seven and a half thousand meters. There are other mountain peaks nearby for research. For example, glaciers called Walter, Moskvina. Even the Carpathians will not equal the magnificent mountains of Tajikistan.

Let's not go deep into the origins of Tajikistan. However, let us consider the Tajik SSR, which is still familiar and close to us. It was one of the first union republics within the USSR. Initially, Tajikistan was part of the Uzbek SSR, but later it separated. The reason for this was economic independence and the percentage of the indigenous population with migrants. But, as everyone knows, Tajikistan became independent in 1991. It gave it an advantage in the international market. The Republic is famous for its robust energy sector, namely, renewable energy sources. More than 20 of the largest hydroelectric power plants are concentrated here. The light and food industry provides a significant portion of Central Asia's population with food. The community is proud of its roots and ancestral history and appreciates the national idea. Agriculture, which is represented by poultry farming and various kinds of berries, also accounts for a considerable part of GDP. In recent years, the standard of living of citizens has improved thanks to active foreign trade with the nearest countries.

The most convenient way to get to Tajikistan is by plane (takes about four hours). Otherwise, you will have to shake a car for a few days to get to the beautiful Tajikistan capital of the great country. There is another option - a train. But it is wildly inconvenient and lengthy (about five days), and the prices are also overpriced. What documents should be prepared for the trip? Passport and visa. However, Russia has a simplified visa regime, so for a couple of days, you can stay there without a Tajikistan visa. Customs declarations, immigration card, etc., you fill out when entering the country. In a few minutes, thanks to the friendly staff, you will pass customs and passport control. As in many countries, drugs and firearms are prohibited. You should find the first exchange office, as Tajik Somoni is used as a monetary unit. For currency, please visit the website of the National Bank of Tajikistan. Besides foreign passports, you need to take out a medical insurance policy.

With the help of transport, it will not be challenging to get to any part of the Republic. However, not by any means, you will get somewhere. Local airlines on routes from Dushanbe to Khorosh or Khujand are becoming more and more common type of domestic travel. You will spend a whole hour in the air. The disadvantage of such flights is their frequent cancellation due to weather conditions. It will be more convenient for you to rent a car or by minibus or bus. The latter go if all seats are full. Therefore, the car option is more acceptable. Buses travel on routes between the main cities of Tajikistan. Directions - to any place. Another variant of transport is the train. It will be easy to get to Khujand from the capital or Kurgan-Tube. Unfortunately, there are problems with car rentals. Only from a private person, you can rent a car for a negotiated price, mainly for fifty dollars a day. Be sure to look at the vehicle, if it is worth the money, or if there are any malfunctions. If you are not so aware of the device of the car, we advise you to contact the checked out private individuals who are assigned to the hotel. Another option is a taxi, but do not forget about the inflated price tag for tourists and any deviations from the route, for which you will have to pay extra money.

Tajikistan is a relatively safe country. However, it is necessary to know some rules to stay in this country. Due to high cholera morbidity, it is recommended to use only bottled or tested, boiled water. The cleaning system works quite severely. Do not go out alone in the dark, especially outside the Tajikistan capital. There is a high probability that you will "cross the road" with someone from Tajikistan. Please do not take a lot of money in cash, as there is a risk that local thieves will take it. Do not eat anything with ice in public places and only wash fruits and vegetables with bottled water. As far as we know, the majority of the Tajikistan population in the country is Muslim. So there are some rules about clothes. First of all, girls coming to Tajikistan should forget about miniskirts, shorts and everything else that makes their legs and thighs bare. As for men, there are no questions. You can wear shorts, but we advise you to look more modest if you do not want to get into trouble.

Thanks to the incredibly hot climate of Tajikistan, the leading natural beauties of Central Asia are concentrated here. It is best to stay here in the spring period when the country's territory is dotted with flowering plants, and everything starts to green as if in a magical fairy tale. In the autumn-winter period, sandstorms, as well as terrible blizzards, visit these parts of the country. If you want to climb the mountains, come in May or July. That's when the weather is most favourable for climbers. Be sure to check the temperature on the local weather stations' websites. Tajikistan is famous for its mountain views as well as picturesque rivers. Countless transparent lakes on top of the Tajikistan mountains. Lake Iskanderkul is rightly considered one of the most beautiful lakes, but the largest is Lake Karakul. Almost half of the glaciers are concentrated in Tajikistan. As a lot of precipitation falls in these lands and has no time to evaporate, we manage to see such beauty on the tops of the Tajikistan mountains. Wherever possible, the area has been taken for agriculture. The vegetation here is small, but among them, there are many unique species.

First of all, you should visit local fairs and markets, where there is an abundance of handmade fabrics, new embroidery. After all, Tajikistan is known worldwide for its art in weaving and embroidery. It is worth to visit Tajikistan at least for shopping. You will get the best quality thread-murine, silk embroidered painted carpets, belts of all kinds, as well as fantastic leather boots and other shoes. National clothes are eye-catching. For women, there are all kinds of jewellery in the form of bracelets with precious stones. Also, pay attention to souvenir statuettes. The country is provided with wool, so good citizens knit mittens, scarves and hats here. They will be a great gift from a trip for their loved ones. Tablecloths with national ornaments will not make you indifferent, so instead buy them. Visit the route on Pamir Road. You will fill yourself with positive and exciting emotions, which will give you mountain peaks and luxurious views of the land.

The cuisine is one of the distinctive features of Tajikistan, which attracts the most significant number of people from all over the world. And why all this? Because there's pilaf! What could be better? Only more pilaf! So many recipes for one dish you've never seen anywhere else. 400 or more recipes! Besides pilaf, Tajikistan is famous for its meat porridges, which are abundant here. They add sheep, goat, horse meat and vegetables. Meat and vegetable kebabs are very popular among tourists—a lot of spices and sauces - all in the best Asian traditions. As for dairy products, they are also abundant here. There are many varieties of soups, from horsemeat soup to rice soups with lamb. There are also new sweets, which are similar to our "brushwood", puff cakes with different flavours. Of the drinks, light green tea is the favourite. Alcohol and pork are not welcome for religious reasons.

As we found out, Tajikistan has a vibrant history. Buildings of ancient times have been preserved to this day. Therefore the country offers fascinating sights, cultural and historical monuments of architecture. Let's consider those that are worth visiting first of all for every tourist. The rivers and lakes of the Fann Mountains mesmerize with their majesty and beauty, and it will be a challenge to reach them. Be sure to visit Hissar Fortress and Mausoleum, which stands since the sixteenth century. Another fascinating architectural monument is the golden statue of Somoni, the founder of Tajikistan. You will hear a lot of stories about him from the guide and the city residents. The Republican Library of Tajikistan is famous for its unique manuscripts of ancient times. Khujand is quite an exciting city for tourists' attention. The remains of the Khujand fortress, founded in the fifth century B.C., also tell the great history of this region. The famous Masjid Jami Mosque has attracted Muslims from all over the world since the sixteenth century. Again, you will meet many climbers in this city, as the route to Ak-Su begins here. The city of Penjikent will be of interest to historians as it was on the Great Silk Road. In this regard, a considerable number of excavations, as well as old manuscripts of the rulers, remained in local museums.

Earlier Dushanbe was famous for its fair, which was held every Monday in the city square. To this day, the Barakat Market gathers people and brings together cultural treasures and exciting products for everyone. If you want to take a stroll among the greenery and flowers enchanting with their scent after your arrival, visit the Park of Culture and Recreation under the name of S.Aini and the Botanical Garden of the Academy of Sciences. Come on a hot summer day and want to take a swim? With open arms, you are ready to take a modern water park "Dolphin". Cultural education is about Dushanbe. A large number of theatres and concerts will not make you sit in a stuffy hotel room. If you are tired of the city bustle - you are going to the geological museum. There are fabulous finds of mountain peaks, as well as the oldest rocks from the times before our era. The Palace of Nations amazes with its majesty and architecture. The building, which reflects the history of the state. The bookworm will taste the accumulated books in the National Library. The bookworm will taste the collected books in the National Library. For visiting Muslims, it is worth visiting the building of Tirmizi Mosque. Everyone will love the modern scientific and cultural centre of Tajikistan.

Topics
Apply for any visa in two clicks!
Countries
Do you want to get a Tajikistan visa easily?
Get your visa now 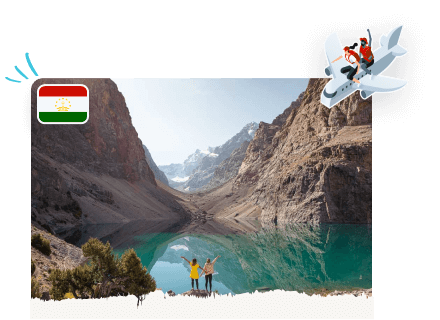