10 things I wish I knew before going to the Philippines 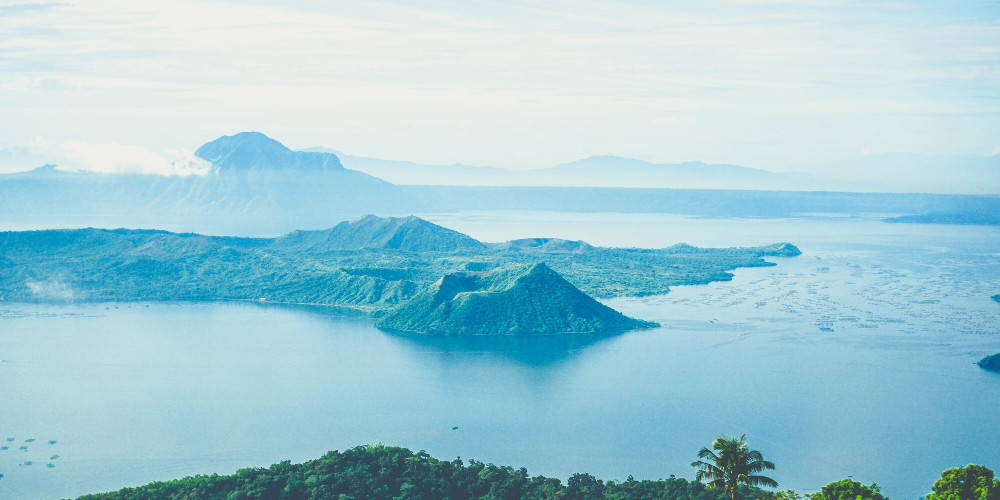 1. Which airlines going to the Philippines?

There are many direct flights between other countries and the Philippines. If you do not have a flight from your country, here are several options to travel to the Philippines. The most comfortable way is to make a transit flight via one of the Asian cities, such as Doha, Dubai, Hong Kong, Istanbul, or Abu Dhabi. Many airlines are going to the Philippines. The most economical option to travel within the country usually includes low-cost companies. Philippine Airlines have flights between cities and islands of the country, and it is safe to fly with this company.

2. What to do in the Philippines?

The country is rich in natural resources and is one of the areas with the highest biodiversity in the world. Crystal clear waters full of colourful fish, impenetrable jungles full of fauna, trekking through forests or remote villages without coverage makes any trip through the Philippines a possible perfect destination for the reset that sometimes many of us need. You should have a picnic on the wonderful Nacpan Beach, where is one of the best excursions to do in the Philippines, just 25 minutes by tricycle from El Nido. Another of the places to see in the Philippines that you cannot miss and one that left visitors speechless is the wonderful Secret Beach. This beach is a true hidden paradise between mountains. Its waters are crystal clear; they are full of fish, beautiful reefs, and dense vegetation full of palm trees and jungle that make this place one of the most spectacular places to see in the Philippines. The curious and wonderful Chocolate Hills is another of those essential most beautiful places in the Philippines that anyone visiting this country for the first time should not miss on their route. One of the most spectacular places is undoubtedly the Big and Small Lagoons in the El Nido area, and kayaking is the ideal way to explore them.

3. What language is spoken in the Philippines?

There are 175 different languages in the Philippines, 171 of which are living, while four are dead languages. They are all part of the Borneo-Philippine group of Malay-Polynesian languages, which is itself a part of the Austronesian language family. According to the Philippine Constitution adopted in 1987, Filipino and English are the official languages of the country. Filipino is a de facto standard version of Tagalog, spoken in Manila and other urban regions. Filipino and English are used in governance, education, politics, media, and business. The Constitution designates the regional languages, such as Central Bicolano, Cebuano, Ilocano, Hiligaynon, Pampango, Pangasinense, Tagalog, and Samareno, as minority official languages. In 1521, the arrival of the explorer Ferdinand Magellan had started the era of domain Spanish influence. After him, de Legazpi established the first Spanish settlement in the Philippines in 1565, called Cebu. In 1571 he founded the city of Manila, which would become the administrative and economic centre of the Spanish Empire in Asia and now the capital of the country. That is the reason why you must consider Spanish when asking about what language is spoken in the Philippines.

The legacy of the different historical periods is reflected in the current culture of the Philippines, which is a combination of pre-Spanish indigenous with Chinese elements and Hispanic culture due to three centuries of Spanish presence in the archipelago. The culture of the country is a combination of Eastern and Western cultures. The Philippines has aspects found in other Asian countries with a Malay heritage; however, their culture also displays a great deal of Spanish and American influences. So, traditional festivals known as neighbourhood festivals to commemorate the feast day of saints are common. At the same time, festivals, such as Moriones and Sinulog, are also celebrated. These community celebrations are accompanied by banquets, music, and dancing. Some traditions, however, are slowly changing or are being forgotten due to modernization.

5. Most beautiful places in the Philippines

Some architectural examples still stand, such as churches, government buildings, and universities. Four Baroque churches in the Philippines is on the list of the World Heritage. They are all Spanish heritage: San Agustin Church in Manila, Santa Maria Church, Paoay Church, and Miagao Church. Vigan city is another place that is recognized as a Spanish style city that has many houses and buildings. When you think of what to do in the Philippines, do not forget Sevilla, it would be one of the destinations to visit due to a famous bamboo bridge which is one of the most famous tourist spots in Bohol. The bridge totally is built of bamboo. If you like nature and the sea, another thing to do that cannot be missing from your list is to visit what many consider to be one of the best places in the Philippines. It is the island of Balicasag. This island is a paradise to see colourful fish, coral reefs and turtles, and the great protagonists of this area of the Philippines. It is also a perfect excursion place for expert divers.

6. Climate and the best time to travel to the Philippines

The Philippines has a maritime tropical climate that is usually hot and humid. Three seasons are distinguished: the hot, dry season (March-May), rainy season (June-November), and dry temperate season (December-February). You can decide what the best time to travel to the Philippines is with that information. Although the rainy season runs from May to October, that does not mean that it is raining all day. It is cheaper, and there are fewer people in November, and the weather is very good except for a few days of rain. When you visit there, forget the weather forecast, it is useless. Maybe one day you get up, and in an hour there will be a sunbath or that you are walking in full sun and rain falls without knowing very well from where.

Below is the list of things recommended to bring with yourself or to do before the trip to the Philippines:

8. Is it safe to travel to the Philippines?

The Philippines is located in the fire belt of the Pacific, and its tropical climate makes it a place prone to earthquakes and typhoons. Being located in a zone of tropical cyclones, most of the islands experience torrential rains and thunderstorms from July to October. In terms of crime, visiting the tourist areas of the Philippines is safe. The recommendations not to visit it are concentrated in certain areas of the south only.

If paradise were a dessert, it would surely be Leche Flan. In the Philippines, they have their local fast-food chains, such as Jollibee or Mang Inasal. Try to avoid them because street food is not usually appetizing. There are also local fruits, such as calamansi, small limes with a tangerine flavour. Their juice is fabulous.

10. How to pay in the Philippines?

The official currency of the Philippines is the Philippine Peso (PHP). Currently, the change is approximately USD 1 = PHP 48. In most parts of the country, the US dollar and euro can be exchanged in banks and recognized exchange houses, except in small towns outside the capital, so it is advisable to travel with a certain amount of peso. Unlike in most countries in the world, in the Philippines, the change offered at airports is better than in any other establishment. When it comes to using your credit card, you are likely to have trouble locating ATMs for foreigners in small towns. Travel with enough cash if you are going to move to rural areas or smaller islands. Try to be present and attentive when you go to make card payments to avoid copies of the card or inaccurate charges.

Apply for any visa in two clicks!
Topics
Countries
Do you want to get a Philippines visa easily?
Get your visa now 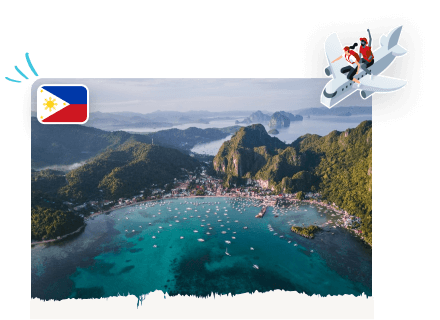