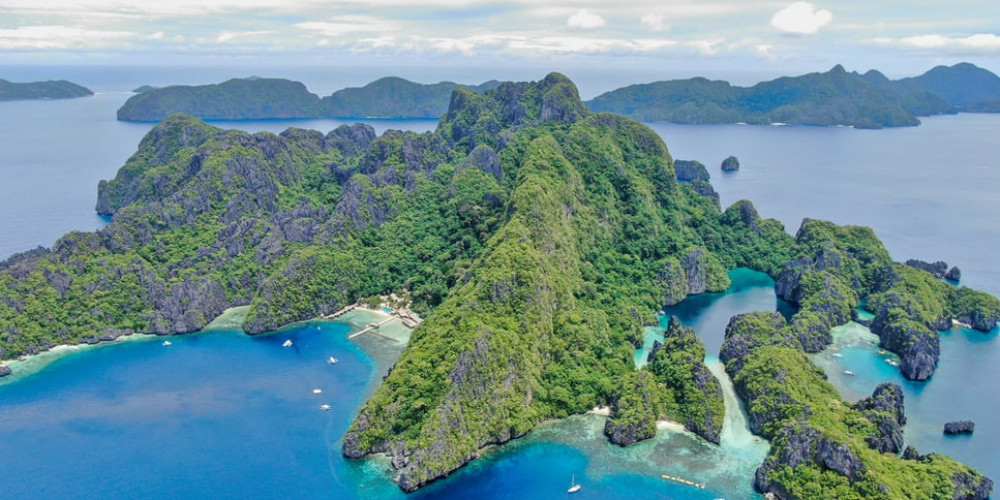 12 reasons why you should travel to the Philippines right now

1. The Philippines is not overcrowded

4. Geological formations seem from another planet

5. The rice fields of Banaue and Batad

12. The island of Coron and its marine wrecks

1. The Philippines is not overcrowded

Although the Philippines population is more than 100 million, the country is not overcrowded. Unlike other Asian capitals in which walking through its streets ends up being an adventure in which you have to avoid drunken English and Australians or deal with taxi drivers who force you to make impossible turns. The Philippines capital, Manila, is a place that still does not have to pay the consequences suffered by crowded destinations, so it is easier to find places to explore. The only problem for you can be the Philippines language, but many people can speak English or Spanish.

The Philippines offers some of the most incredible beaches and islets globally, and in its crystal-clear waters, you can discover dozens of animal species that swim carelessly around you. Boracay's White Beach is one of the most iconic beaches in the country. Regarding its seabed, you can enjoy the thresher sharks in Malapascua, the multicoloured reefs in Mindoro and Tubbataha, or the coral gardens in Anilao. You can also do night dives to see phosphorescent species—all of these grants to have a wonderful time in Philippines.

One of the most famous fruits in the area is mango. In fact, in 1995, the Philippine mango became part of the Guinness record as the sweetest and juiciest fruit globally. It is also well known in the Philippines durian is banned in hotels, buses, and restaurants for its strong aroma; this stinky fruit has powerful aphrodisiac properties and is very nutritious. Another option for the more daring is balut, a fertilized egg with an embryo inside high in protein.

4. Geological formations seem from another planet

Two must-see natural paradises in the Philippines are the famous Chocolate Hills in Bohol, formed by 1,268 symmetrical mountains and Banaue's rice terraces built more than two thousand years ago and are considered one of the eight wonders of the world. Besides, the archipelago has 37 volcanoes spread throughout the territory, so you can take an excursion and admire its beauty. Trekking lovers will have several options to enjoy. The imposing Mount Pinatubo is one of the best alternatives, although it is convenient to visit the Taal volcano, the smallest in the Philippines. The geographic location of the islands cause many Philippines earthquake each year; you need to take precautions and know what to do during the earthquake.

5. The rice fields of Banaue and Batad

About 7 or 8 hours by car to the North of the Philippines, on the island of Luzon, are what has been called the eighth wonder of the world: The rice fields of Banaue, which have been declared a World Heritage Site by Unesco. In this area, the climate is rainier and cooler, and where locals believe that nothing could be grown, rice is grown on a large scale in the steep fields of the Banaue mountains. The image that these extensions of land are full of beds of rice fields, cultivated for more than 2000 years against all logic. How to travel the Philippines? You can easily find many means of transportation in the Philippines. Getting to Banaue from Manila, most travelers choose to go by night bus.

Anyone who travels tropical areas regularly will know what the best beaches are. You will never know the nicest beach ever without visiting Boracay, which is considered one of the most beautiful beaches in the Philippines and the most beautiful in Asia. You will love this white sand beach, turquoise blue water and will have more entertainment. Boracay is an island of no more than 10 square kilometres, and it barely rises above sea level. Its spectacular white beach makes it one of the most visited in the Philippines and the world.

Mala Pascua Island is a tiny island located in the northernmost part of Cebu Island, in the Philippines' central Visayas. It is another of those islands that you will want to know. An island no more than 2.5 km long and one wide, full of palm trees, white-sand beaches, a paradise for diving, and a most idyllic place. A place to relax without the agglomeration of mass tourism. To get to Mala Pascua, you will first have to get to Cebu, its airport, also international. You can reach Cebu by direct flight from the different Philippines and many other countries in Southeast Asia.

It is one of those places looking at the photos, and you are left with your mouth open; at least from the air, the place is spectacular. In its little more than 18 square kilometres, the National Park comprises 124 islands at low tide and 123 at high tide. To get to the 100 Islands National Park, you will have to take a bus from Manila to Alaminos, the closest city to the Park. Estimated travel time: 4 hours. Besides that, you can travel to the 4th largest island in the Philippines, Negros.

Camiguin is another of the treasures that the Philippines hides. In addition to its white-sand beaches, in Camiguin, you will find volcanoes, waterfalls, and hot springs. Although it is not a typical beach tourism destination, what you can find in Camiguín is a different island, with lush vegetation, sparsely populated, and, for the moment, with little foreign tourism. To get to Camiguin, the most common way to do it is from the port of Jagna in Bohol, where both slow and fast boats depart.

White Island is an unpopulated and very, very small island; rather, it could be considered a sandbar, located on the coast in front of Camiguin. You can only access it by boat, and there is no possibility of sleeping in it. White Island shows that typical postcard images with which we all imagine paradise. Apo Island is a paradise for divers, to snorkel, to see the seabed, in short, a beautiful marine painting. Like the previous island, Apo Island does not have accommodations, so the best way to access it is from Dumaguete, in Negros Oriental, renting a boat. Although Apo Island does have is a small fishing village but the best, without a doubt, is underwater.

Two lakes located north of Dumaguete, surrounded by dense jungle, are undoubtedly another of the hidden treasures of Negros Oriental. You can reach it by road, 15 km from Dumaguete you will take another road that 13 km further will take you to the first Lake, actually volcanic craters that have been filled with water. These Twin Lakes is located in the Balinsasayao Natural Park. Continuing with the lakes, Tagayan Lake, in Coron, an island located north of Palawan, is considered the cleanest and clearest Lake in Asia. You only need to see a photo to realize the beauty of the place.

12. The island of Coron and its marine wrecks

On the island of Coron itself, one of the main attractions and reasons for divers to visit is to get to the Japanese ships sunk during the Second World War. If you want to visit an area of karstic reliefs, turquoise waters, seabed full of Coral, but you want to avoid the crowds of people from Palawan and El Nido, this is your place.

Travel destinations in the Philippines. Palawan, Boracay or Cebu? 10 things I wish I knew before going to the Philippines The Not-Do List in Southeast Asia