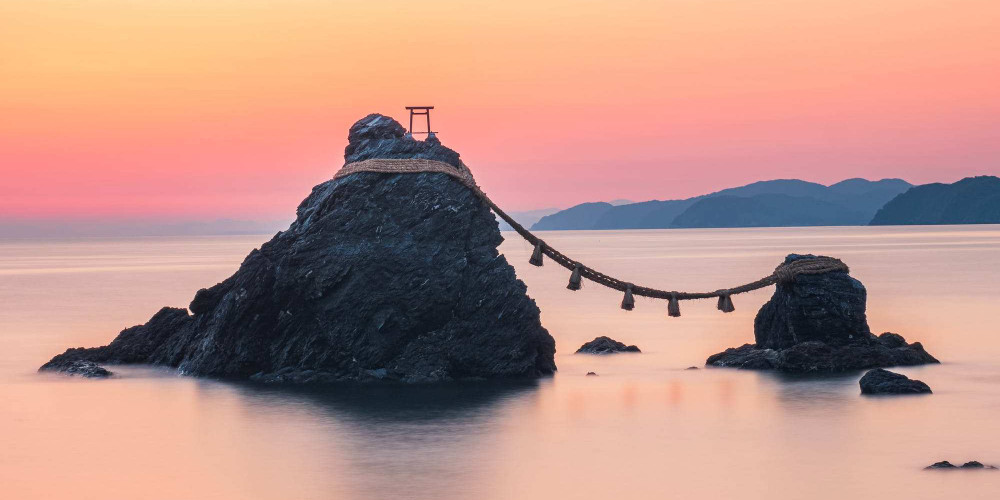 This small corner on our planet is famous for its vitality. Sea climate plays a very important role here. It is favourable for many waterfowl, so in these parts you can see huge colonies of flamingos, and from the sea floats to the shore even an amazing size green turtles! You can also see the largest coral reef in this sea. The islands' flora is quite poor because of the sandy soil, but this does not prevent the beauty of tourists who first arrived here. But here are indescribably lush and clean beaches. The Caribbean Sea and its coast boasts clear, radiant, blue water. The climate allows enjoying the migration of humpback whales in the cold period. There are also unusual fireflies that live under sea water. The rays will gladly ride you. Colourful shellfish will not leave a pleasant impression, because what only their forms are not here! You will plunge into the atmosphere of a sunny paradise, feel the solitude with nature. On the snow-white beaches of Turks in the morning or closer to the evening you will have the opportunity to see a crayfish gathering stones. The islands are always sunny thanks to mangroves and even pine forests. Isn't it amazing? The pines have reached here too. Other fascinating animals are the wild aphaline dolphins, which will accompany you when you dive underwater.

Nation with a hard history of their people under the wrath of Spain. Nowadays, the state is a British colony and under the rule of the British crown. The number of people on the Turks and Caicos Islands is not so large - only a little over forty thousand people, according to 2020. They are being replenished through immigration, which has already increased by 3%. Most of the Turks And Caicos Islands population are Negroes (approximately 90%), a little less English, Mulatto, Americans and people of other ethnic-racial origin. The official language of the state is English, and the literacy of the population is very high. Not a small number of people of Baptist faith, as well as Anglicans and Methodists. The Turks And Caicos Islands population density is quite small - forty-two people per square kilometer.

3. Traditions and customs of local people

Thanks to this diversity of the population, traditions also differ, literally a mixed cocktail of cultures. Despite the lack of working land, small amount of freshwater, and high humidity, the Turks and Caicos Islands people are not discouraged. It feels as if they have been in a relaxed state all their life. The leisurely movements are visible even in power and in the performance of certain important tasks. How would you all do if you were detached from civilization, because paradise islands time slows down. The main feature of the local islanders' character is their hospitality. The social status of the person to whose house you come is of great importance. Be sure to bring a souvenir or another gift for the host, otherwise, he will consider the visit with empty hands as a bad manner. Is it possible to invite others to your house? Do it! The host and his family will thank you. Another important point, as in many countries on our planet, is a handshake. The so-called "greeting form" on Turks and Caicos. There is also a dress code in public places: sportswear - for fitness, swimwear - for the beach. On the islands, the proverb "meet by dress - see you off" applies because the appearance reflects the person's social status. Another passion and customs of the islanders - a huge number of colourful, bright festivals, to which locals invite all visitors to participate.

Due to the islands' geographical location, the sea elements do not give rest to the Turks And Caicos Islands population and animals. From the summer period until the end of autumn, hurricanes attack the state's shores and waters. Before and during your trip, better watch for incidents on the U.S. National Hurricane Center website, listen to local radio and browse newspapers and websites with recommendations for evacuation during natural disasters. If you think it's worth turning a blind eye, there are facts to say otherwise. For example, the world-famous Hurricane Irma in 2017 killed more than twenty people, flooding most of the islands. In 2011, huge material losses were caused by Hurricanes Gustav and Ike. So come to a paradise corner in the winter or spring.

5. Flights to Turks And Caicos Islands

How to get to the Turks and Caicos Islands? The first thing you should know is your visa. It is not required for Russian citizens. All you need is medical insurance and a passport of a Russian citizen. Is it hard to get there? Yes. Since there is no direct flight from Russia to the islands, you must necessarily fly in transit through England, namely - through London. The whole flight is approximately fourteen to eighteen hours, taking into account all the landings. There are no restrictions concerning the customs as such: foreign currencies are imported and exported as much as you want and national currencies. Restrictions apply to alcoholic drinks and tobacco products. It is strictly prohibited to import materials related to pornography, drugs, and cold weapons.

6. Travel within the islands

Here you will find countless places for photography, unforgettable views. But they still need to be reached. So we offer you a trip to the country. All you need to have is an international standard driver's license, as well as a permit from the Traffic Safety Department. What will first surprise you is motorists and cyclists without included headlights at night. Therefore, unfortunately, there are many collision accidents. Avoid un-lit places, as criminals and petty thieves, can deprive you of the pleasure of traveling around the islands. The rent is provided mainly by SUVs for an average price. Be sure to follow safety rules when bathing in the clear waters of the ocean. Tides and hurricanes are a huge danger for islanders. Watch the weather Turks And Caicos Islands forecast and follow the signs. All beaches are safe, but it is better to be in the area between the reef and the shore to get to the beach in time when entering the sea. There are no poisonous animals within the island, but many are carriers of some diseases. If you want to get away from society and be alone with yourself, go to North Caicos.

First of all, before you go to the Turks and Caicos Islands, you should take out medical insurance in your country. It is desirable to get acquainted with the health recommendations on the websites, such as the state authorities. The main thing you should know is vaccination against any possible outbreaks of disease. All information is available on various Internet platforms, for example, on NHS. Collect the first aid kit for prevention in advance. If you do not know yourself, then ask either a pharmacist you know or with the help of guides on the Internet, to collect the first aid kit on travel. If you have any doubts about your choice of medications, consult the NaTHNaC guidelines. The islands are at risk of contracting the Zeke virus, but no one has registered a single case since 2017. You can find out about other diseases on the local website. Remember: it is better to be on alert than to suffer from the disease.

To see the island's historical side, you need to go to the Turks And Caicos Islands capital - Grand Turk, Turks And Caicos Islands, namely the city called Cockburn. You can see countless materials of fine arts, famous buildings since the formation of the colonies, and museums of ethnic orientation. If you want to plunge into islands' past, visit restaurants with national cuisine. You will be full for the rest of the day, and your body will thank you for a delicious and, importantly, healthy meal. Providenciales' neighbouring island attracts more young tourists, as it is dominated by beach bars and restaurants. The restaurant ProvoGolf&CountryClub is rightfully considered one of the best. It is also worth mentioning the parks and reserves, which are carefully cared for and protected by the state. Cheshire Hall excursion is famous for its trips to cotton plantations. You will touch the history of the islands. There are not few limestone caves here, which mesmerize with their majesty. Representatives of the National Museum will tell you where life began on Turks and Caicos. And the seashell farm will show you how important and beautiful small things are for different purposes. Plantations of colonies, about which many bays and historical jokes are poisoned, will not remain unnoticed. The islands are famous for their skilful postage stamps. Their history began with the creation of the colony. Now the mail has grown into something more than just papers. It is a real treasure of the state. Interestingly, the UNESCO tentative list includes all the islands of the archipelago, so they are world heritage.

The richness of islanders lies in seafood, corn, peas and rice, which grow thanks to high humidity. That's why the https://pickvisa.com/blog/best-hotels-in-lhasa mainly consists of these very products. There are more benefits in them than anywhere else. The national dish is a pea porridge with the addition of seafood, called "gritis". It is also eaten with other spices - fish, bird meat, which live here. As for drinks, what paradise without juice and alcohol?  That's why this wonderful island's residents invented punch, based on rum and different kinds of juice. The unique grenadine syrup is also popular among tourists. It is added to dishes or desserts. Here, according to the best English traditions, they love tea, add milk or cream, and spices. In general, the whole cuisine of Turks and Caicos is based on European countries. For example, Scandinavia, Great Britain.

This country also exists at the expense of tourism. But it is justified! All the above beauties are only a small part of what to expect from Turks and Caicos' beautiful islands. As we have already found out, to get to them is not difficult even for our citizens. Its hospitality prepares the population, and the beaches are so clean that you can come with children and not worry about their health. Many people want to get to the famous GraceBay, because it is among the top beaches of the Caribbean Sea. Its remoteness from civilization and attracts tourists from all over the world. Do you want to plunge into the sea and see the underwater world? Then you should use the diving services. Public transport falls in the middle price category. Turks And Caicos Islands hotels boast of their minimalism, and at the same time they are so chic and comfortable that to come here as a family for a couple of weeks will be a wonderful holiday for all members. Friendly and altruistic hotel staff is always ready to come to your aid and tell you a couple of stories about mysterious islands. There is a chance to meet a celebrity. You can even rent a bungalow on the ocean coast for a symbolic price. Be sure to take as much water as possible because it is in short supply on the island, and prices in the grocery stores are inflated. These islands are quite young objects for tourism, but the whole world already knows about them. Come to a fabulous place and will not regret it!

Topics
Apply for any visa in two clicks!
Islands
Do you want to get a Turks and Caicos Islands visa easily?
Get your visa now 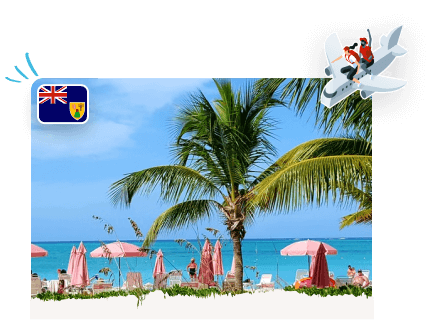