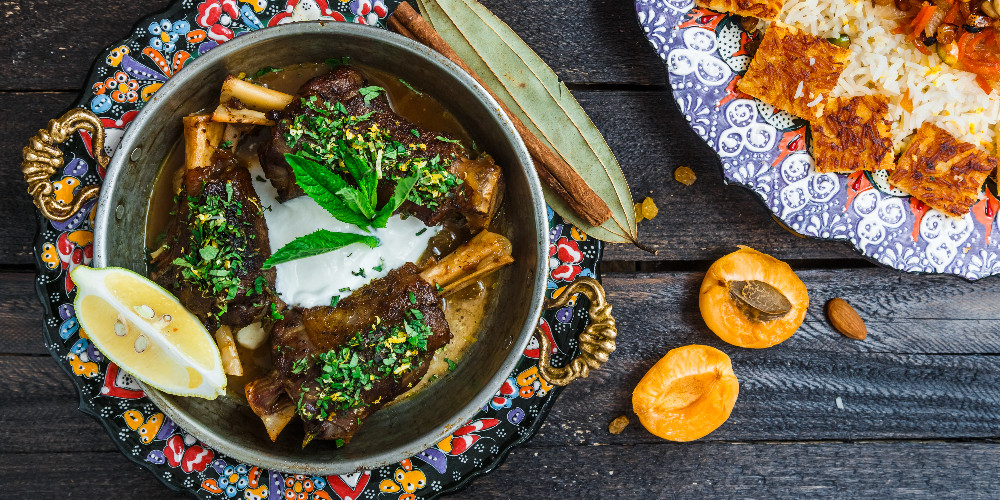 Located in West Asia, the lands of the Islamic Republic of Iran stretches from the Persian Gulf to the Caspian sea. The land between two water bodies, also known as Persia, has been the birthplace of rich culture, mighty dynasties, and different faiths. Persians, Greeks, and Egyptians boast of their rich histories in the region. Iran is a mysterious country home to some of the most ancient artifacts, structures, and monuments dating back to 7000 BC. Iran is home to 21 UNESCO world heritage sites. For history buffs, it is a major destination on their bucket lists. Iran is one of the most ethnically diverse countries in the world. The geographical part of the country is heavily populated by Azeri-Turks, while to the west, you come across Kurdish settlements. You see the Arabic ethnics and influence if you go to the south. These lands have been the center of art, poetry for centuries. Some well-known poets and artists live and are created in these lands. The natural beauty of these lands has been inspiring such talented people. Although it is mostly desert, natural wonders amaze their visitors. There are places where lush green forests, waterfalls exist. The island of Qeshm is one of the most-visited parts of the country. It contains some natural beauties that are worth visiting. People travel to Iran for many reasons. It can be tourism, business, a conference, etc.

Nevertheless, to travel to Iran you should abide by the regulations on the movement in Iran. These regulations can include Iran visa if you are not from Iran visa exempt country. If you must have a visa to Iran, you do not need to worry about it as Pickvisa offers the best visa services, ensuring you get your visa at the right time. To learn more about our visa services, I encourage you to check the services section at the top of your screen.

We can not overlook Iranian culture, especially Iranian cuisine if we talk about this country. Iranians are proud of their foods and always willing to show them to guests, but what is the Iranian cuisine known as? We will elaborate on this in the next paragraph.

What is Iranian cuisine known as?

What kind of cuisine is eating in Iran? Iranian cuisine is one of the best examples of its ethnic diversity as it reflects dishes from various groups. You can see this versatility for the food types as well. From stews, soups, and pastries, you will find everything among delicious foods. To answer what kind of cuisine is eating in Iran? We can tell it mainly features the combination of rice, meat, vegetables, and nuts. Spices and herbals are often added to foods in Iran. Iranian diet is so large that it is difficult to list the best Iranian foods. Nonetheless, we will show you some of the local foods largely accepted as the best foods for this article.

Khoresht-e fesenjan is unsepratable part of Persian weddings. What is Khoresht- fesenjan? Well, it is a stew that is made out of traditionally cooked duck. Other types of meats such as chicken work fine for this as well. Iranian cuisine recipes to make Khoresht-e fesenjan include different types of ingredients such as onion, walnut, cardamom, meat, pomegranate juice, etc. Cooking Khoresht-e fesenjan is not so difficult. However, the most challenging thing is to cook it for the right period. People leave to cook slowly to absorb all the flavors.

Iranian food culture is similar to those in central Asia as they both contain similar ingredients. Rice is one of the most used ingredients in Iran, just like central Asian countries. It is rice mixed with saffron, cooked with barberries, chicken, and red berries. It has a savory taste, and the texture is soft, making it easier to swallow. Other ingredients used in making Zereshk Polow are onion, pepper, turmeric, sugar, etc.

Moving on with our list, we have Dizi. Dizi is a stew that is cooked in a stone dish that is made for this purpose. That stone dish is the thing that gave the name of Dizi. It is an Iranian traditional food and very popular among the population. It is mostly cooked for weddings and celebrations. The main ingredients of the stew are lamb and chickpeas with a tomato base. It is creamy and eaten hot. It is rich in fat and thus with calories. Therefore, you need to decide whether you can handle it or not carefully.

Khoresht-e ghormeh sabzi is one of the most popular Iranian food, if not the most. Sabzi means vegetables in Persian, and this food is a delicious combination of vegetables with rice. As one of the most loved dishes of Iranian cuisine, Khoresht-e ghormeh sabzi has different types that can be found in various parts of Iran. For example, in the north, where Azerbaijanis are mostly populated, black-eyed beans alter the red kidney beans used in making the dish. As you move to the south, you will see more and more spice added to the dish. Most of the ingredients used to make this dish are onion, cloves, garlic, turmeric, meat, Persian limes, kidney beans, parsley, cilantro, chives, etc.

Saffron is a valuable and popular ingredient used to make different foods. It is even used to make ice cream as well. This yummy Iranian traditional food is considered a dessert and best for cooling in the hot summer. Faloodeh is a rice noodle mixed with rose water and sugar syrup.

We can learn from Iranian food culture that you can make the most delicious dishes using the most bizarre combinations of ingredients. Tahchin is a pie made of rice, yogurt, saffron, egg, chicken fillets, and different vegetables. It is a savory, crispy rice delicacy resembling a cake or a casserole. You can eat it as an appetizer or even for the main meal. It is widely available at restaurants.

Moving on with our list, next up, we have another dessert called Ferni. Ferni is popular Iranian food that is widely available at restaurants. It is sweet and has a smooth texture. Most people love it, and it is easy to make. It is mostly served with cinnamon and crushed pistachios. Ingredients used to make Ferni include milk, rice flour, water, rose water, and sugar. The secret of making a delicious Ferni is patient. You have to patiently cook the mixture of the ingredients with low fire while stirring the pot.

We did not forget our vegetarian readers and added Shirazi salad to the list. This salad is originated in southwestern Iran where is called Shiraz. It is considered to be a staple food of that region. It is rich in veggies and has a crispy texture. Ingredients used for Shirazi salad are cucumber, tomato, red onion, green pepper, lime, dried mint, sumac, etc. It is easy to make this refreshing salad and is widely available at almost every restaurant.

Loobia polo is one of the tourists' favorite dishes. For some, it is the best Iranian food. Polow or Pilov, widely known in Central Asia, is rice cooked with green beans and meat, and meat in most cases is either lamb or beef. Some people make it without adding meat. Rice creates a crispy crust, and veggies are refreshing. Ingredients used to make Loobia polo are meat, green bean, onion, tomato paste, turmeric, cinnamon, rice, saffron, pepper, potato, etc.

The last food we will cover in this list is Ash Reshteh, an Iranian soup. Ashe Reshteh gets popular around Nowruz, which celebrates the new year for Iranians. The soup is rich in veggies and one of the healthiest food in Iran. Spaghetti-shaped noodles are the main ingredients. They are accompanied by onions, dried mint, parsley, chive, vegetable broth, garlic, turmeric, etc.

To wrap up, we have looked at some of the best foods to try in Iran and Iranian cuisine recipes. Note that this does not constitute that these foods are the best ones. It is only my conjecture. To have your idea about Iranian food culture you might need to visit Iran. To enter the country, you will need a visa in some cases. Pickvisa is your best companion on getting a visa to Iran. Using our services, you can get your visa with little effort.