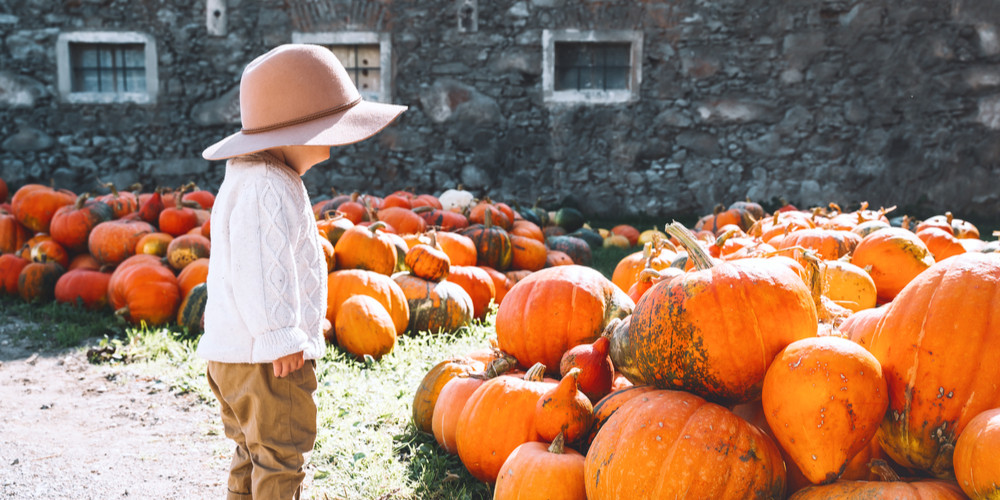 On October 31, the ancient Gaelic holiday of Samhain took place, which is regarded as the earliest known origin of Halloween. It was a vital time of year when the seasons changed, but it was also a period when watchers believed the veil between this world and the next thinned, allowing them to communicate with the dead. Several other cultures echo this belief; for example, during the Jewish festival of Yom Kippur, which takes place in October and involves praying for the dead, a similar thought is stated. It is also where the “haunted” ideas of Halloween come from.

Although Halloween is still a famous festival in the United States, it almost didn’t makeover across the Atlantic. Because the Puritans were opposed to the holiday’s pagan origins, they did not participate in the festivities. However, as more Irish, and Scottish immigrants arrived in the United States, the holiday was reintroduced into the popular consciousness. Large public parties were held to welcome the forthcoming harvest, tell ghost stories, sing, and dance at the first American colonial Halloween celebrations. Some best places to visit for Halloween are available in a wide range. However, be careful, maybe you are a citizen of the country which will need a visa to visit USA. So, check it beforehand.

Best places to visit for Halloween

Halloween takes place in many countries throughout the world. While everyone has their traditions and ways of celebrating, costume parties, trick-or-treating, haunted attractions, and sharing spooky stories are some of the most popular activities. Some towns even hold parades and festivals, complete with pumpkin carving competitions, apple bobbing, and other activities.

Ireland origins of the Halloween celebration can be traced back to Ireland. Even though it is known as Samhain Night here, it is still one of the scary places to visit for Halloween. The origins of this medieval Irish holiday can be traced back to the conclusion of the harvest season, which brought fewer days and the start of the dark half of the year. The dead are said to return to the mortal realm around this time.

Make a point of visiting Derry City for the best Halloween celebrations in the country. Parades, fireworks, ghost tours, haunted houses, seminars, scary movies, and even a Dragon Safari are all on the schedule.

New Hope is one of the best places to visit for Halloween in Pennsylvania. This picturesque tiny town, located along the Delaware River and the New Jersey/Pennsylvania state line, celebrates Halloween as an entire season. Make plans to go on a lantern-led ghost tour as early as September, and don’t miss Peddler’s Village’s Scarecrow Walk and competition. Nearby Sesame Place offers a “not too frightening Halloween drive-through” for families. At the same time, Sleepy Hollow Haunted Acres is sure to spook any adult Halloween lovers with a journey through an abandoned—and bewitched—old village.

There are many excellent hotel and vacation rental options in the mountains of Romania’s most famous province, Transylvania. Most of them also provide easy access to the renowned Bran Castle, which was rumoured to be the residence of Vlad the Impaler and the inspiration for Bram Stoker’s Dracula. Vlad was notorious for his cruelty, which included impaling tens of thousands of his opponents on stakes. The castle is open to the public right now, with Halloween tours available.

While Bran Castle is well worth a visit, many believe that the most extreme pleasures can be found at Hoia-Baciu Forest, located in Cluj-Napoca, Romania’s second-largest city.

Transylvania, home of Dracula, or at least Vlad the Impaler, the ruthless king on whom the monster was based, has embraced Halloween with an unholy zeal. Dracula’s castle in Bran, the Dracula Hotel on Borgo Pass, and a Dracula-themed restaurant are all options.

Although Halloween is now recognized as an American holiday, it originated as a Celtic festival known as Samhain (pronounced sow-in). It marked the transition from summer to winter and featured a battle between the demons who represented both. The Samhain Fire Festival, which takes place every year in Edinburgh, commemorates the event. So, Edinburgh is one of the fun places to visit for Halloween.

The Beltane Fire Society organizes the festival, which features a phalanx of stunning legendary creatures who march down Edinburgh’s ancient Royal Mile to West Parliament Square, beating drums and breathing fire. Summer and winter fight it out here in a magnificent showdown. There are no tickets required. However, a donation to the demons shaking buckets would be very appreciated.

Spend a night in Edinburgh’s purportedly haunted underground vaults if you’re looking for something more conventional frightening. They’re claimed to be home to many spirits, and there’s a lot of paranormal activity here.

All of these make Edinburgh one of the places to visit for Halloween.

In Hong Kong, Halloween is a big deal since it falls on the same day as Yue Lan, the Festival of the Hungry Ghosts. To appease the ghosts of both ancestors and deities, offerings are made, and operas are performed.

A journey to St. Helens, Oregon, should be on your bucket list if you’re a fan of the 1998 cult masterpiece Halloween town, one of the scary places to visit for Halloween. This Halloween classic starring Kimberly J. Brown, Judith Hoag, and the late Debbie Reynolds was filmed in St. Helens. The city hosts a month-long celebration called “Spirit of Halloween Town,” which begins with the Lighting of the Great Pumpkin in the municipal centre and continues with haunted tours, costume contests for people and pets, face painting, parades, movie screenings, parties, and more.

Halloween places to visit for kids

There is a deal of Halloween places to visit for kids around the world. Here is a list of some of them:

Sleepy Hollow, New York, personifies Halloween from late September to early November with festivals, light displays, history tours, frightening hayrides, and more! This place is one of the places to visit for Halloween for kids. The Great Jack O Lantern Blaze, which features hundreds of illuminated pumpkins on the grounds of a mystery 18th-century manor, will captivate children of all ages. Then go on a tour of the ‘Legend’s Home.’ This tour, which takes place on Washington Irving’s estate, will focus on his strange life and pop culture’s obsession with the Legend of Sleepy Hollow. Finally, older children will enjoy taking a tour of the Sleepy Hollow Cemetery.

Warwick Castle is a fantastic day out for kids of all ages, especially during the Halloween celebrations. It is one of the scary places to visit for Halloween for kids. Explore the eerie mansion, make your way through the Haunted Hollows, and meet even more strange characters in their enthralling plays and activities.

Discover whatever hidden spells the legendary Witches of Warwick are concocting in their cauldron! In the Horrible Histories maze, you’ll find terrifying experiences around every corner and learn about history’s horrible realities.

It’s well worth purchasing a package and staying on-site at the beautiful Knights Village if at all possible.

What better place to visit this Halloween than Hogwarts, where Harry Potter practiced magic. It is known as one of the fun places to visit for Halloween for kids (and not only). You can relive the magic, see how the Harry Potter films were made, and see the original Hogwarts Express and many of the props and memorabilia used in the movie. Discover the truth about enchanted floating pumpkins, Death Eater duels, and mucus, blood, and drool throughout the filmmaking process.

Just a 45-minute drive from Surrey, the world-famous studio will have 100 floating pumpkins in the gorgeous Great Hall, as seen in Harry Potter and the Philosopher’s Stone.

On arrival, visitors can pick up a Studio Tour passport and go on a search for the Dark Mark, which will take them through the Forbidden Forest and the towers of the Hogwarts Castle model.

One of the Halloween places to visit for kids is Keene, without a doubt. It is also one of the fun places to visit for Halloween. The Keene Pumpkin Festival in Keene, New Hampshire, is perhaps the largest Halloween event on our list. Thousands of bright jack o’ lanterns will delight families as they celebrate the holiday season. Every year, the entire community comes together to support this family-friendly event. Families can enjoy pumpkin bowling, pumpkin carving, strolling through the gigantic display of jack o’ lanterns, and much more throughout the event. The Keene Pumpkin Festival’s popularity has prompted other local municipalities to join in on this spooky good time of year.