Why are music festivals so expensive? 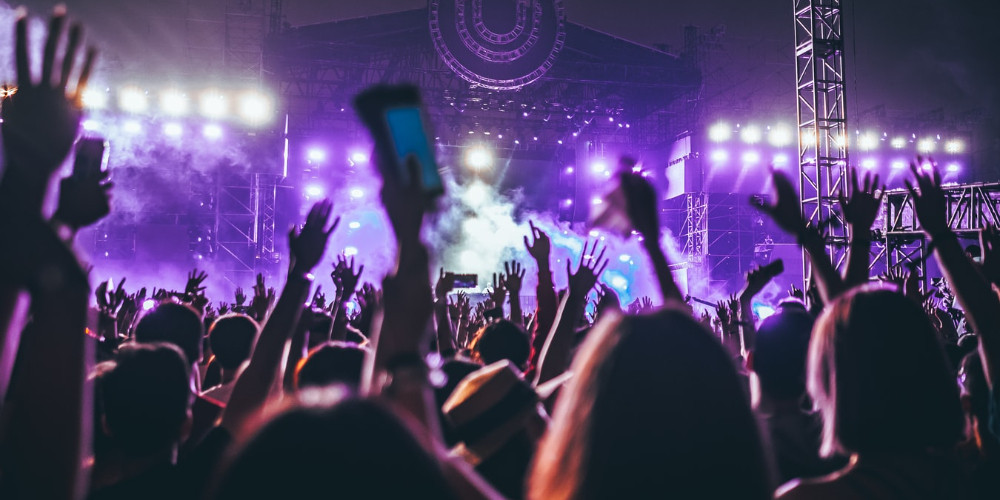 Every year, there are colourful concerts and music festivals that appeal to thousands of tastes all over the world. Each of these festivals, which have become an integral part of our culture today, has its distinctions. They differ in their styles, traditions, dresses, music, and rules that are appropriate for the countries in which they are conducted. There are many examples of this in our countries. However, one cannot deny that tickets to these festivals are not always affordable. And if you want to go to a music festival in another country, at least the cost of a flight and hotel will be added. So why are music festivals so expensive? What is the reason? The presence of world-famous singers? The cost of the festival? We can find the answers to these questions by approaching them from different aspects. But first, we need to look at the most famous music festivals in the world.

One of the biggest music festivals in the US and best music festivals in the world is the Coachella Festival, which has become increasingly popular over the last 20-25 years. Starting in 1999, annually, 25,000 people were attending the festival, covering a total of 10 days in the Colorado Desert, California, the United States of America. However, according to 2017 statistics, this number is 250,000. Can you imagine? It's almost like creating a small town. It is essential to provide 250,000 people with water, food, and other necessities during these ten days. But, of course, the installation of the festival, the equipment, and the construction done in the required area significantly increase the festival's budget. But there is one more important reason: Music. You see the world-famous singers performing at the festivals. In addition to their performances, their equipment and teams also come with them. It means that a considerable portion of the festival budget is allocated to them. Only Ariana Grande earned $ 8 million at one of the most popular California music festivals - the Coachella Festival in 2019. That is why the cost of Coachella tickets is $ 300-500. Of course, it is not possible to imagine the tourism revenues of the festivals, but this needs to be spoken as a separate topic.

Let's look at another festival in the list of most expensive music festivals, the Glastonbury Festival, the largest festival in the United Kingdom. The festival, which has been held for 49 years, covers five days. Although tickets were only 5 pounds in 1979, the price is now 248 pounds. The number of participants in 2019 was 203,500. The 50th anniversary is planned to be the grandiose, most prominent, and most significant festival in its history. Do you want to know more interesting facts? For one of 5 days of the festival, which is scheduled to take place on June 24-28, 2020, all tickets have already been sold, and only four days left. In this case, they are also preparing to raise ticket prices to 265 pounds for the 2020 Festival.

However, it should be noted that things are not always so easy. While it is not so easy to host a festival with many people, the unpredictable weather conditions in the days of the festival can completely ruin all plans and cause significant damage to these companies. At this time, they are hoping for the next festival, but ticket prices have already been raised for the upcoming festival to compensate for the material damage they suffered at the previous festival. As you can see, there are so many subtle and small factors that we do not think about, though they cause millions of dollars in damage.

Also, in recent years, a survey of people attending the festival revealed that many were not interested in music. According to more than half of the festival participants, they are interested in the overall atmosphere, the experience, and the impressions they will have. That is why all music festivals are becoming increasingly dull and monotonous. In this case, the celebrations are starting to be thought of as being more creative and giving participants more exciting experiences. For example, the Boomtown Festival, the festival, which is the youngest and started only ten years ago in the United Kingdom and lasts five days, is indeed distinguished from the others. In 2019, Boomtown agreed to create a show by agreeing with 2000 actors, and the festival was held in 110 different locations over all five days. All these innovations, unique designs, the performance of 2,000 actors, the installation of 110 sites show how big the budget of this festival is. It, of course, would have an impact on the ticket prices.

Tomorrowland is another world-renowned festival that hosts over 400,000 participants in 2 weeks, according to 2018 statistics. Knowing as one of the best European music festivals this festival, which is notable for its diversity, colourfulness, and significant mass has been held annually in Belgium since 2005. The primary stage size of 2005 is even smaller than the smallest scene in the festival today. The period has been extended to 2 weeks while celebrating the 10th anniversary of the festival for the first time in 2014, and since then, it has become a permanent tradition and has been held every two weeks so far. Though difficult to believe, the same festival began with a total of 9,000 participants in 2005; however, this number increases more and more today. The unique atmosphere and aura create incredible moments for the guest. And this is what they want to experience!

The craziness does not end there. The price of the ticket to the most expensive music festival in the world, The Secret Solstice Festival, which lasts four days and held in Reykjavik, Iceland, giving participants a truly unforgettable moment, is $ 1 million! Yes, yes, it is $ 1 million! Every year in June, 96 hours of continuous daylight are observed here due to an arctic phenomenon called "midnight sun." By buying a ticket here, you and your five friends will travel to the festival on a private jet for you with the luxurious and delicious cuisine prepared by Icelandic cooks. During the flight, you will be given every opportunity to see the sights of the city. Then you will have a very luxurious place to live these few days. We don't even talk about a private party set up by a famous person for you and your friends! Attendees can also enjoy the 5,000-year-old ancient lava tunnel and Iceland's natural beauty while enjoying a party inside Europe's second-largest glacier.

Guests will receive a fully equipped and boutique festival tent, including Wi-Fi, electricity, and a free air package to enjoy the festival at full convenience. All the dishes and drinks offered, including hyper-premium beverages, and excellent cocktails are included in the service. Access to backstage is also provided during the festival. There is only one ticket for 1 million available here, and the recipient is eligible for an exclusive helicopter tour. Moreover, there are two packages with different services: The Package of the Gods and The Odinn Package. Lastly, tickets start at $ 215 if you choose to attend the festival.