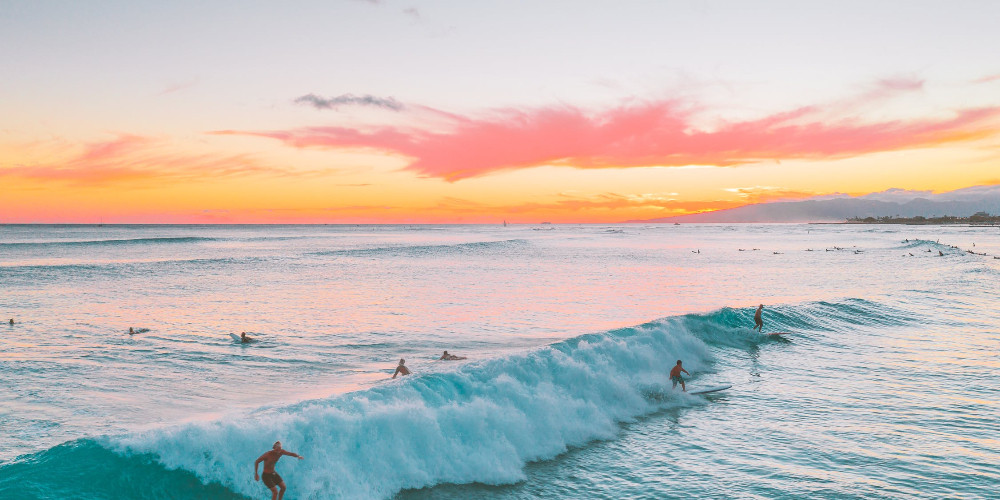 If you travel to American Samoa, you should know that the monetary unit accepted in the country is the US dollar (code USD). The country has two official languages: Local Samoan and English.

If you look at the American Samoa map, you can guess the climate of this place. When you travel to American Samoa, you can fully enjoy the tropical paradise from May to September, at which time the least rainfall will fall, and clear weather prevails on the islands. Also, major holidays and festivals take place during the dry season. It is the best time in American Samoa! The worst time to visit American Samoa is from December to March, as strong tropical cyclones can cause earthquakes and tsunamis. Tropical hurricanes are considered a frequent occurrence here. The air temperature throughout the year is stable at around +26 C. The average annual precipitation ranges from 3000 to 7000 mm.

You will have the chance to try delicious cuisine when you travel to American Samoa. I think this is the best part of all journeys! The most common foods in the country - sweet potatoes and coconut are eaten at almost all ripening stages. Also, a lot of root vegetables and grains are involved in cooking. A lot of dishes are prepared from seafood and fish. Sometimes they are eaten half-baked. Popular "Oka" - a marinade made from coconut milk, lemon juice, onions, and salt, on its basis are prepared all meat dishes and sea exotic: shark meat, octopus meat, shellfish, sea snakes, and crustaceans. "Peepee", a sauce made from onions and coconut milk, is served at the table.

Independence Day is celebrated in American Samoa on June 1, and May 10 is Mother's Day. The Samoans call December 26 Boxing Day. On the first weekend of November, Arbor Day is celebrated and the whole country plants trees on this day. You can be part of this great holiday when you travel to American Samoa! April 25 is the day of the Australian and New Zealand Army Corps.

However, if you intend to stay in American Samoa for less than 30 days, you will not need a visa. To enter the country, you will need a valid passport and confirmation of the absence of immigration intentions.

It is forbidden to import and export to American Samoa without special permission objects and things of artistic and historical value, meat and non-canned meat products, and products from coral, sea turtle shells, feathers, and skins of tropical birds and animals.

How to travel to American Samoa in terms of health? How to protect yourself in advance? Before you travel to American Samoa, you must get a yellow fever vaccine. Vaccinations against hepatitis B, cholera, typhoid, Japanese encephalitis, and poliomyelitis are also recommended. It is recommended that you carry some protection against mosquitoes, as they are carriers of tropical fever. In general, American Samoa is a fairly safe country, if you follow basic precautions.

The tourist sector of American Samoa is successfully developing. Its share in the total income of the country is 25%. On the islands of Manua, Aunuu, Carter Beach, Olosega, Alofau, Leone Beach, the lack of expensive luxury hotels is replaced by the homeliness of small hotels, well-groomed beaches buried in vegetation, excellent conditions for diving, excellent trekking routes, and the possibility of long cycling trips. In American Samoa's capital, the popular place is the Rainmaker Hotel, which meets all international standards and has excellent conditions for water entertainment. This is one of the best places to stay in American Samoa.

Fans of water sports should visit American Samoa, as windsurfing and diving lovers from all over the world come to the country! You can ride the waves at the famous Carter Beach and in Leone Bay and Alofau. And the best sandy beaches where you can get a bronze tan are the beaches of the village of Alega, located on the island of Tutuila. For all these reasons, these beaches are the best places to visit in American Samoa! Also, we wouldn't be wrong if we said that this place is one of the best places to live in American Samoa for "lovers of everlasting summer"!

Tourists go to American Samoa to plunge into the exotic and escape from civilization and the country's sights fully satisfy such desires. For example, in the city of Leone, the oldest ruins with a funeral altar of the Polynesian tribes have been preserved.

The country's main natural attraction is considered the National Park of American Samoa, which protects relict vegetation and its inhabitants from extinction on the islands of Tutuila, Ofu, and Tau. This is one of the most gorgeous places to visit in American Samoa and you can see this place when you look at the American Samoa map because of its large area. The rainforests of the islands of Ofu, Tau, and Tutuila are home to many bird species. Access to the territory is possible with special permission and requires compliance with the rules of stay. The area of the park is about 36 square kilometers. Most of the National Park of American Samoa is home to tropical relict forests that have already disappeared on other islands. The park is home to rare species of animals and birds and picturesque coral reefs that are protected and closely watched. In the center of the park is Mount Alava, 491 meters high. The National Park of American Samoa has a network of low-grade trails ideal for walking. They are located within the park, along the Pago Pago Bay, and in the northwest of Tutuila Island. The island also has a good golf club and several tennis courts. In the capital, Pago Pago, you can visit the Haydon Museum to see Samoan arts and crafts. Tau Island is a sacred place for the indigenous population since, according to legend, it was here that the Polynesian race originated. It is one of the most interesting places to stay in American Samoa during your travel. These are also some of the best places to live in American Samoa for people with an interest in history and religion!

The highest point in American Samoa is the 653-meter peak Matafao. The stunning Nuuili waterfall flows at its foot. American Samoa has other attractions that deserve tourist attention: Nuuili Pala Lagoon, the amazing Marine Turtle Sanctuary, the unusual Vaoto Marine Park, Fagatele Bay Marine National Reserve, and the Private Island Swains Sanctuary. All these natural monuments are protected areas of national importance. These are great places to stay in American Samoa during your vacation if you want to get familiar with the nature, history, and culture of this place.

We recommend travelers get to know the underwater world of American Samoa. You can see more than 200 species of coral, 890 species of fish, and several species of mammals. Fishing is also very popular. You can rent a fishing boat from a hotel or local travel agency or go to the yacht club in Utulei. You can catch striped tuna, marlin, wahoo, skipjack, and yellowtail tuna in the local waters.